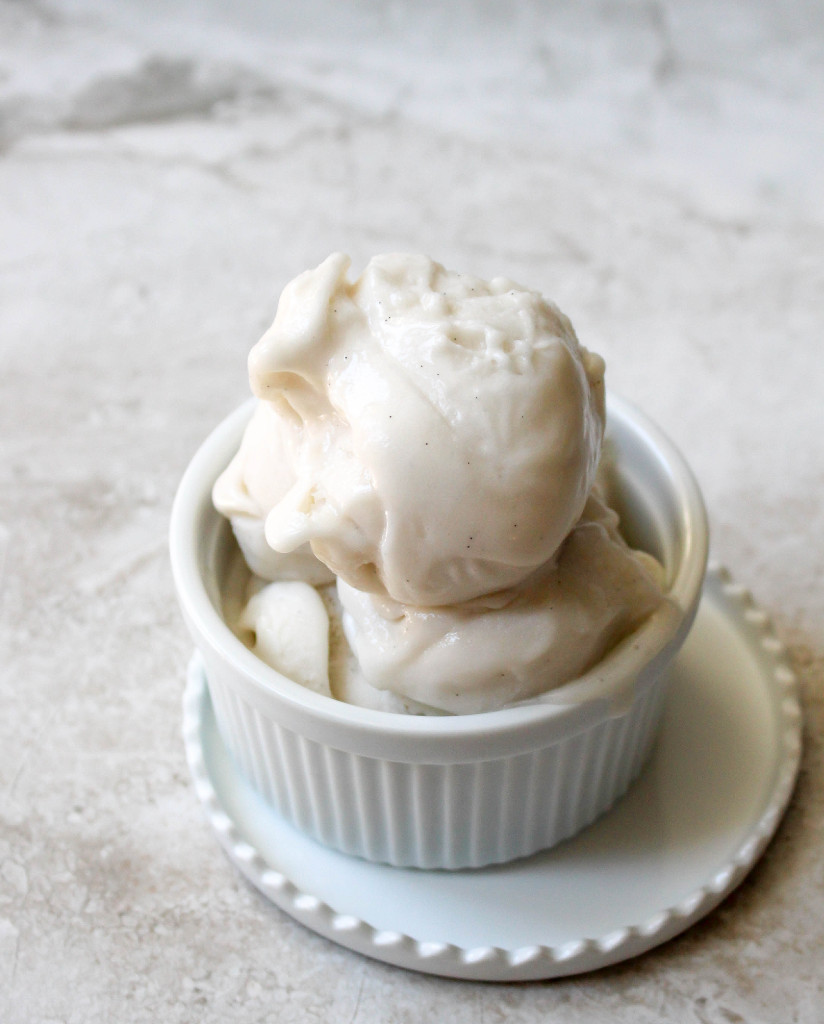 I know, guys. I KNOW. This recipe sounds WEIRD. Salt ice cream?! Yes. Hear me out.

Before we get to the ice cream deets, let me tell you a story.

My middle sister (I’m the oldest of the three of us) is a trained chef. Yes, foodie-ism runs in the family. Anyway. She’s worked at a couple well-known establishments in the Philly area and recently started a job at a new up-and-coming place in the city. She’s creatively PUMPED and has found her passion for making food again after a brief-but-frustrating creative dry spell that was brought on by a less-than-stellar working environment. She’s working long days/nights and loving every second of it. She told me that her feet ache by the time her 14-hour shifts wrap up, but she’s never felt happier or more inspired. You know you love what you do when sore feet are something to be relished. I’m thrilled for her.

When we received news that she was hired, Dan immediately pulled up the restaurant’s menu on his phone because, duh, obviously we would be making a visit there in the very near future. He read the menu items aloud to me. Everything sounded scrumptious. When he got to the dessert section, he said “sea salt ice cream.” My brain went bonkers. “SEA SALT ICE CREAM?! What! That’s amazing.”

Dan gave me a funny look. “No, I was reading the ingredients they have listed. Sea salt COMMA ice cream.” Oh. OK. I was slightly disappointed. We moved onto the next topic of conversation.

But. Sea salt ice cream was stuck in my head. I kept thinking about it. Forgetting it. Remembering it. Getting excited about it all over again. It became an idea I was slightly obsessed with. It needed to happen. 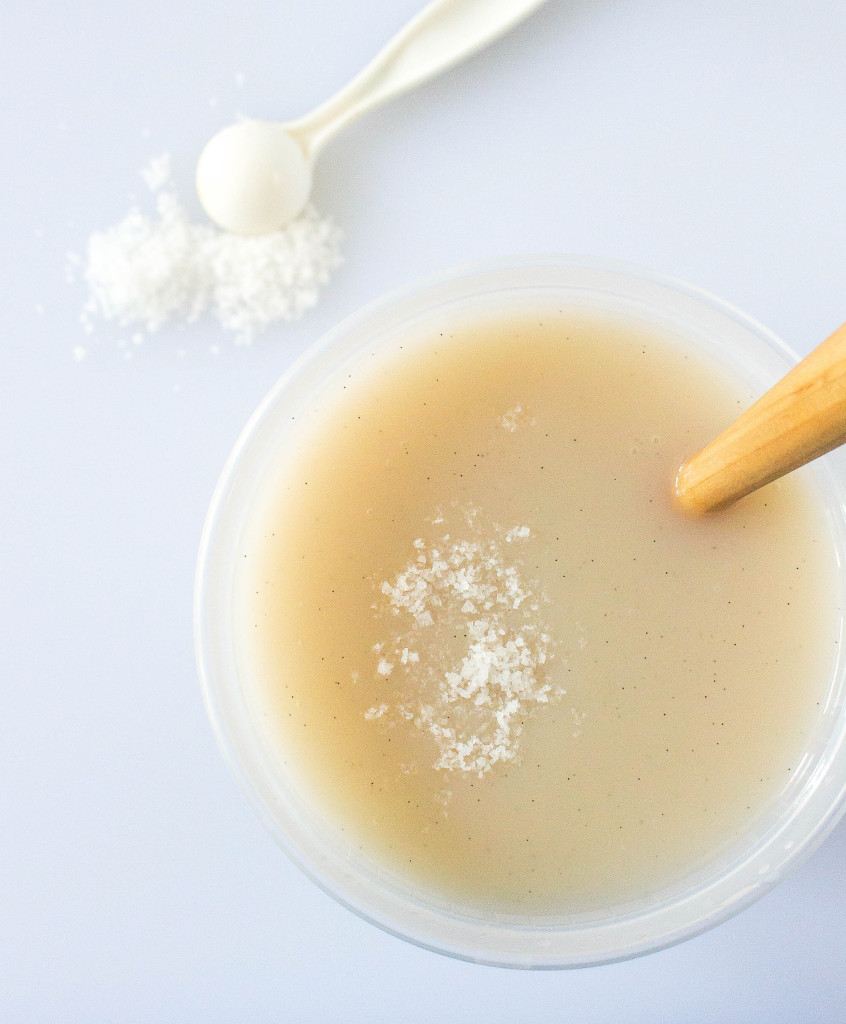 That brings us to this salty ice cream. I know that may it sound strange and even unappetizing, but I promise you when I say it isn’t actually SALTY. It’s just TINGED with a little salty flavor. Like, well seasoned ice cream…or something. It really shouldn’t be a surprise that I am into this. The sweet-salty combo has been beaten to death by yours truly (see here, here, here, and here), and I must say, I don’t see an end to my love affair with salty sweets in sight anytime soon. You’ve been warned. 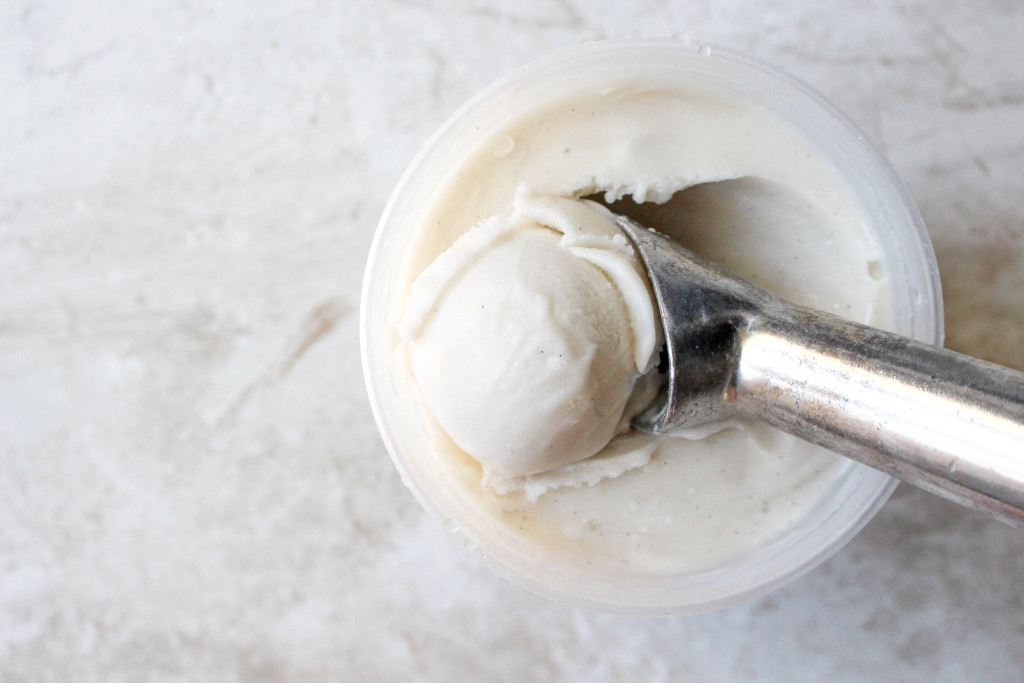 The thing that makes this ice cream so great is that it is PURE HEAVEN when served with other sweet desserts, especially “a la mode.” Serve it on top of a rich brownie (recipe for the pictured brownies coming soon!) or sandwiched between cookies or even in a MILKSHAKE! What! Yes. Do it. I will be. The subtle saltiness of this ice cream makes everything you eat it with taste better. I promise. That said, I don’t know that I would eat a whole bowl of this ice cream by itself. It may be too intense. But on top of a chocolatey brownie…it’s just awesome.

The fact that this is the third dessert recipe I’ve shared in a row (sorry I’m not sorry?) speaks volumes. I could not WAIT a second longer to tell you about this. 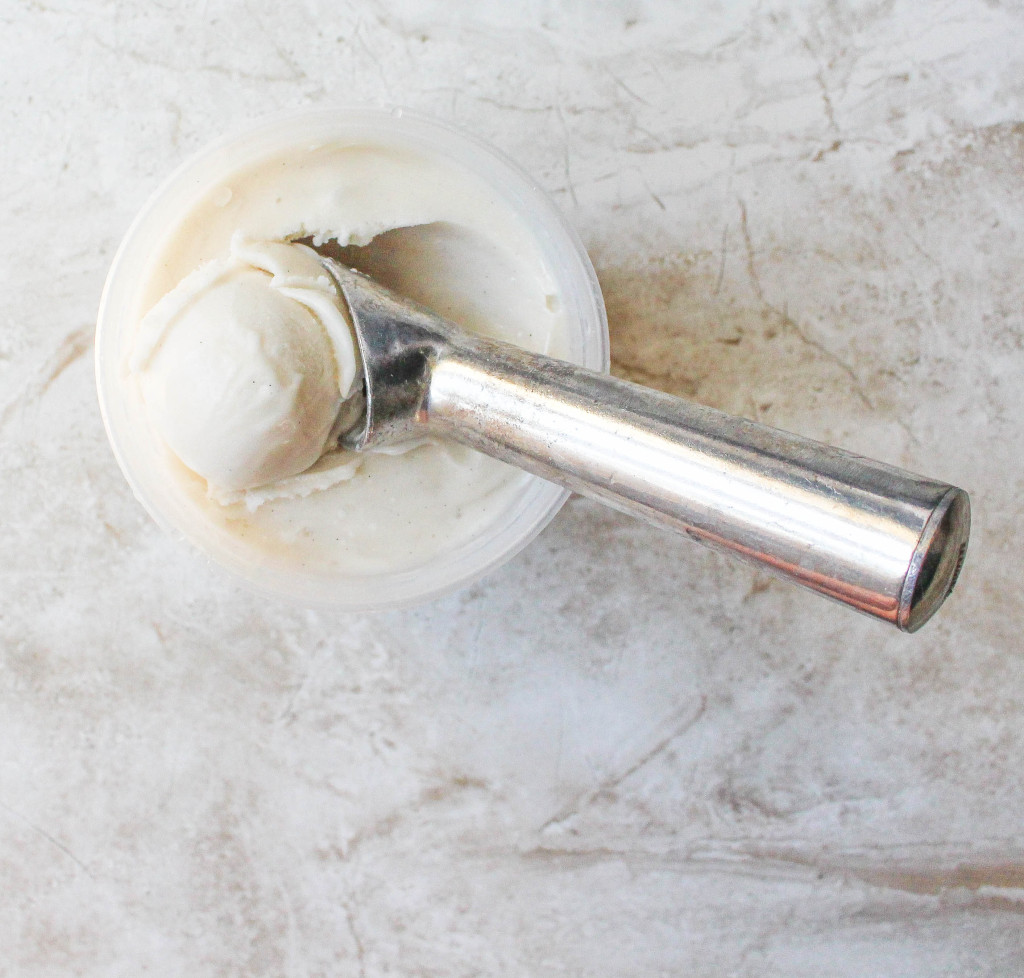 The recipe below calls for 1½ teaspoons of sea salt. This can be adjusted to your taste. I highly recommend, though, that you reserve some of whatever total amount of salt you choose and stir it into the coconut milk AFTER it’s been simmered and thickened. That way, you’ll get little flaky crystals of sea salt that pop in your mouth as you eat the churned ice cream. I cannot stress this enough. It pretty much makes the whole thing. See my notes in the recipe below for adjusting the salt level.

Or! If you’re feeling extra adventurous, go ahead and make this ice cream with SMOKED sea salt. Or sprinkle some on top just before serving! Although I haven’t tried that yet, I can only imagine that it would be a very welcomed addition. Even more depth and complexity of flavor. 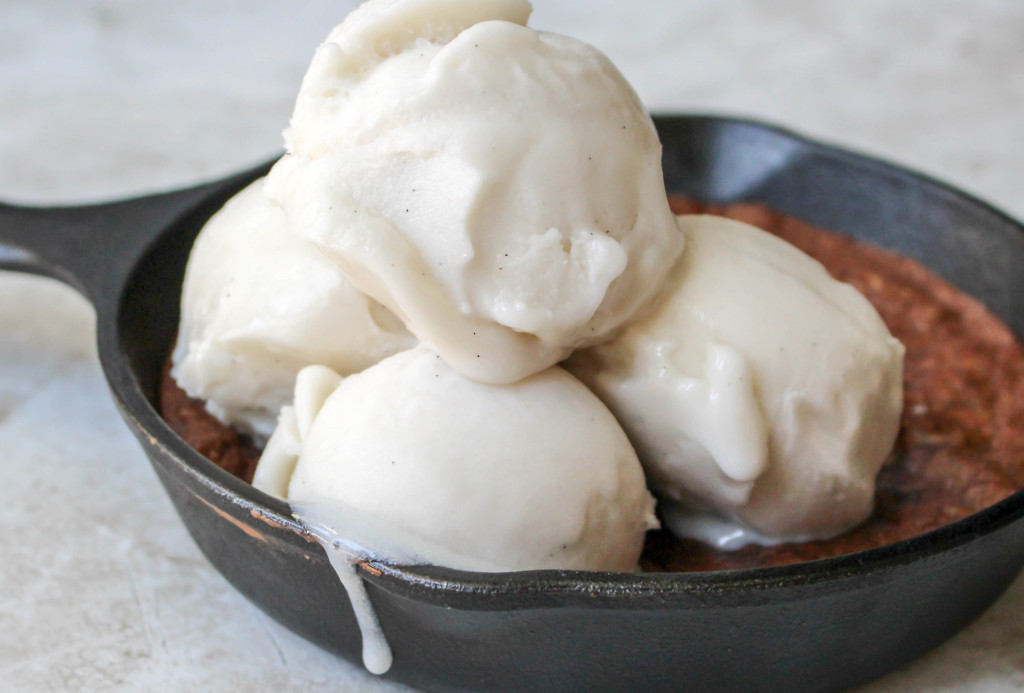 Oh, and you definitely don’t have to use coconut milk for this recipe. The usual mix of whole milk and heavy cream will work just fine (you can use this recipe as a starting point). I went for coconut milk because, well, I love it. I also went on a coconut milk shopping spree after developing a serious addiction to homemade Thai curry a few months ago and have about 20 cans to work my way through. This seemed like the perfect way to use up some of that coconut goodness.

Ice cream base adapted from here.