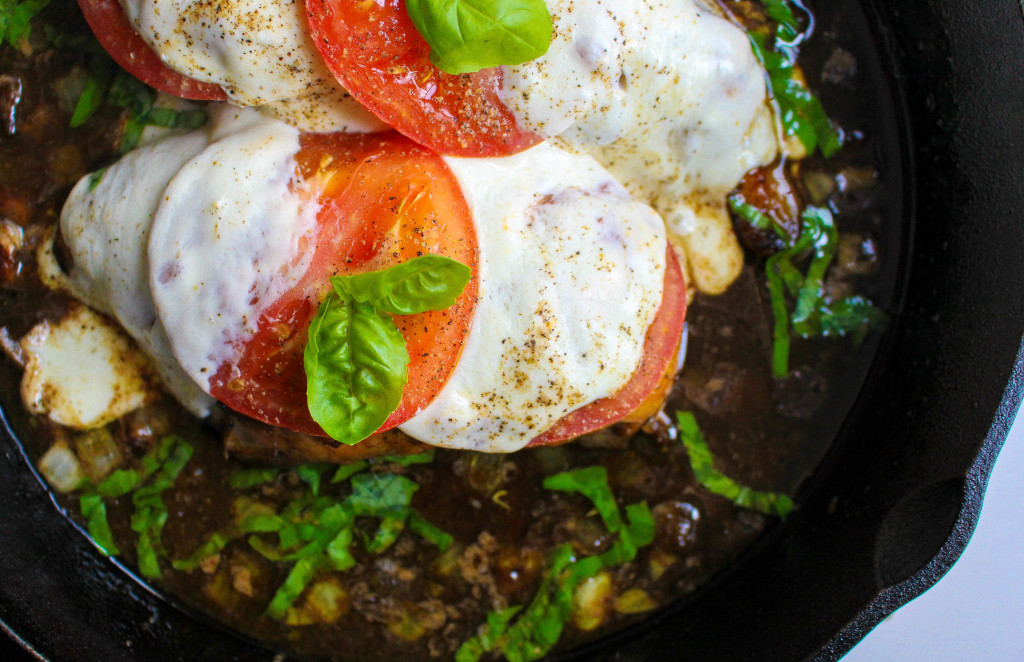 How is it the 20th of January already?! I feel like I was JUST complaining about it being a new year, and here we are, almost into February! Crazy.

I’ve been spending a lot of this month working on one of my resolutions. Before I get into that, though, let’s discuss resolutions. Do you make them? If so, do you stick to them? What sort of things do you usually focus on? I usually do NOT make resolutions. At least not formally anyway. I prefer to keep the pressure off and reassess areas of my life that need work. I pick and choose the most important/in dire need of improvement, and go from there. I don’t usually bog myself down with a list of formal (and often unrealistic) resolutions that I know I won’t keep. 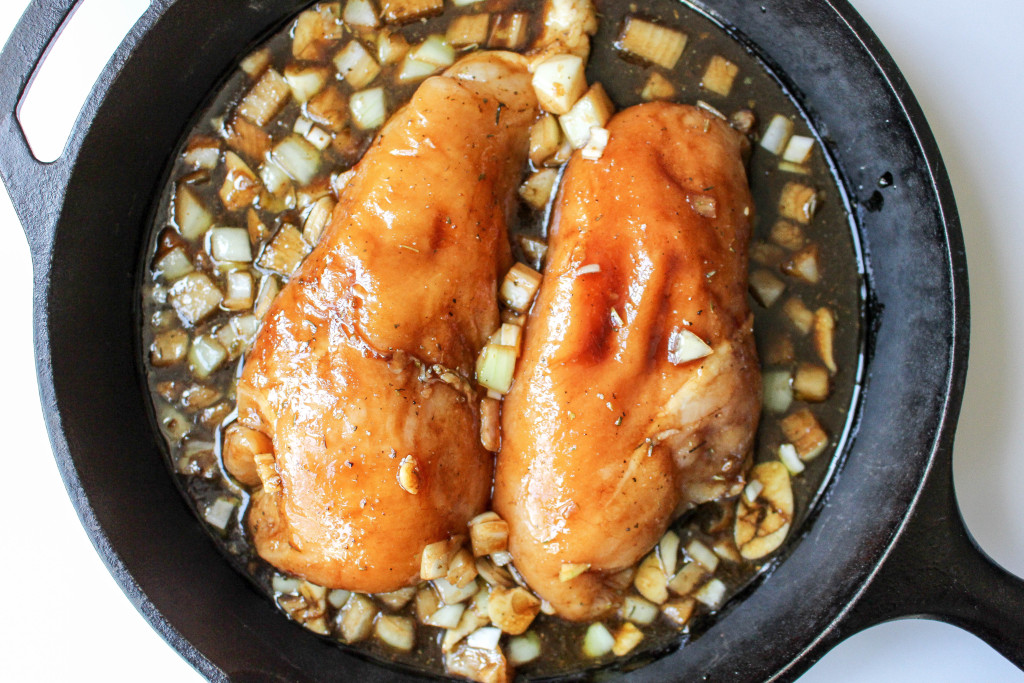 This year, however, is a little different so far. I made an actual list of things that I want to work on in 2015. Resolutions, if you will. Improving my dinner game was one of them.

I know you may be thinking that sounds odd. I am constantly posting RECIPES, after all, many of which are for DINNER. How could I not be a rockstar in the weeknight dinner area already? Hah. Well, quite frankly, the truth is…ever since I found out I was pregnant early last year, my dinner-making priorities slipped big time. I was hit with the most severe fatigue I’ve ever experienced during that first trimester, and when I would get home after working all day, the very last thing I felt like doing was making dinner. We fell into a rut of cheese and meat plates (although, there are definitely worse things), giant caprese salads, and take-out meals for most weeknight dinners. Plus (and this may totally be me), making dinner for two people can be kinda tricky (read: annoying) sometimes. It either involves making a huge pan or pot of something that we eat all week and inevitably get sick of, or scaling down family-sized recipes and making several in one week. And not to totally scapegoat my pregnancy, but I just didn’t have either option in me very often while I was knocked up. Except for the big pot of soups. That was always my go-to weeknight meal and probably always will be. The trend, unfortunately, carried over into new motherhood. 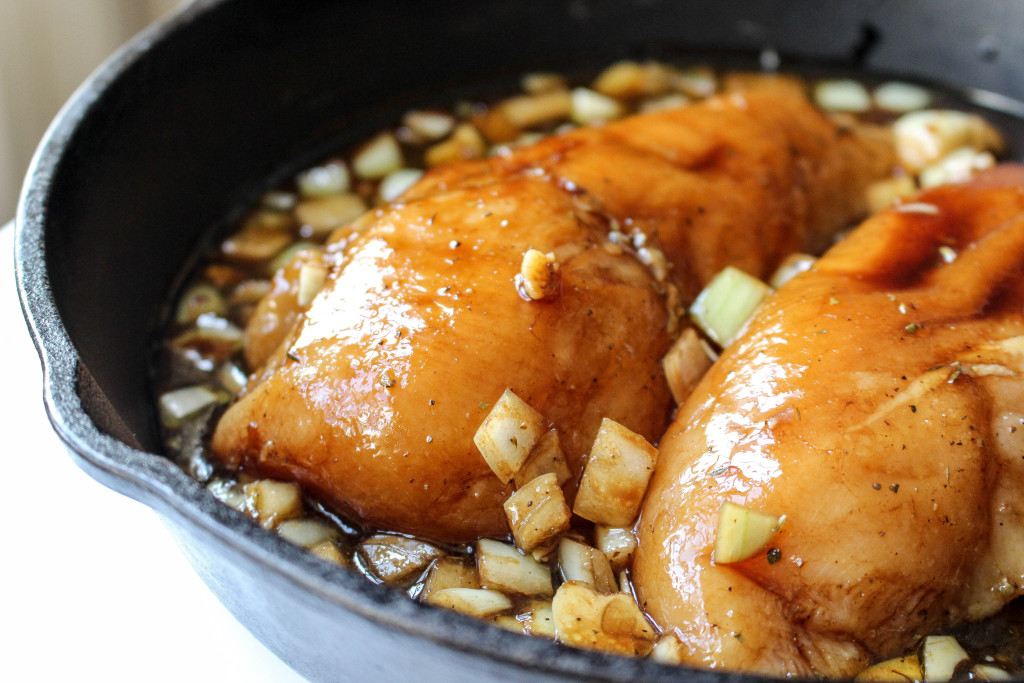 We were relying heavily on the local pizza place for dinner. I’m talking multiple nights a week of pizza, stromboli, cheese fries, or salads (yes, we did try to somewhat balance our carb loading, and no, we were not ordering all of those things at once!). Couple that with the fact that I was far more likely to just snack throughout the day…granola bars, fruit, avocado toast, and leftovers were my in-between-nursing-session usuals. Dinner always suffered. Maybe it was the exhaustion of caring for an infant all day that made it seem like the most daunting task ever. Suddenly, my favorite thing to do felt like an insurmountable chore.

But! I’ve made it a point to cook actual MEALS for dinner in 2015, and so far, I’m knocking it out of the park. As a result, I’ll have some really delicious and quick (and mostly healthy!) recipes coming your way in the next month or so. This chicken is the first in the line up. 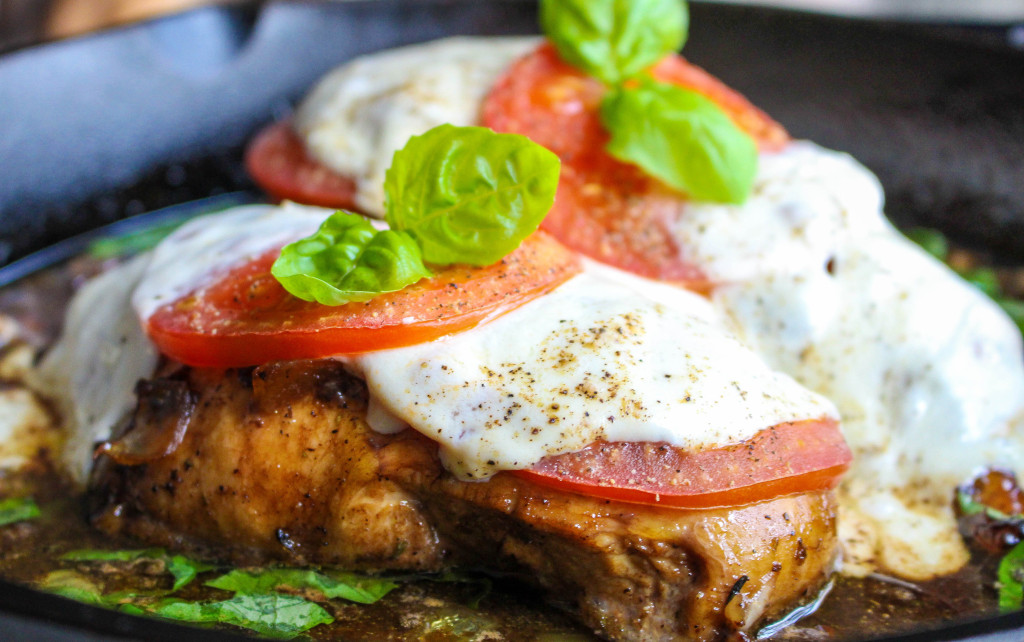 I feel like most people are always battling the boredom of chicken. I mean, it’s one of the most versatile meats, and yet, often seems so mundane and unexciting. These caprese chicken breasts will change that, for sure. They are marinated in a garlicky balsamic mixture for several hours (which can definitely be done before you leave for work in the morning) and then baked off in some of their juices and topped with the ingredients of caprese salad: fresh mozzarella, tomatoes, and basil. The simplicity, second to the flavor of course, may be the best thing about this dish. It is SO EASY. Your actual cook time is about a half hour, and that time is spent with the chicken in the oven. Easy peasy. Perfect for weeknights.

Obviously the best part of this chicken dish is not the chicken itself. Hah. It’s the melted cheese and tomato situation on top. But! The chicken stays super moist and flavorful, and I think that’s really all you need when it comes to chicken. It’s so good/simple, that this skillet dinner has been added to our regular rotation. I’ve made it like three times this month already. 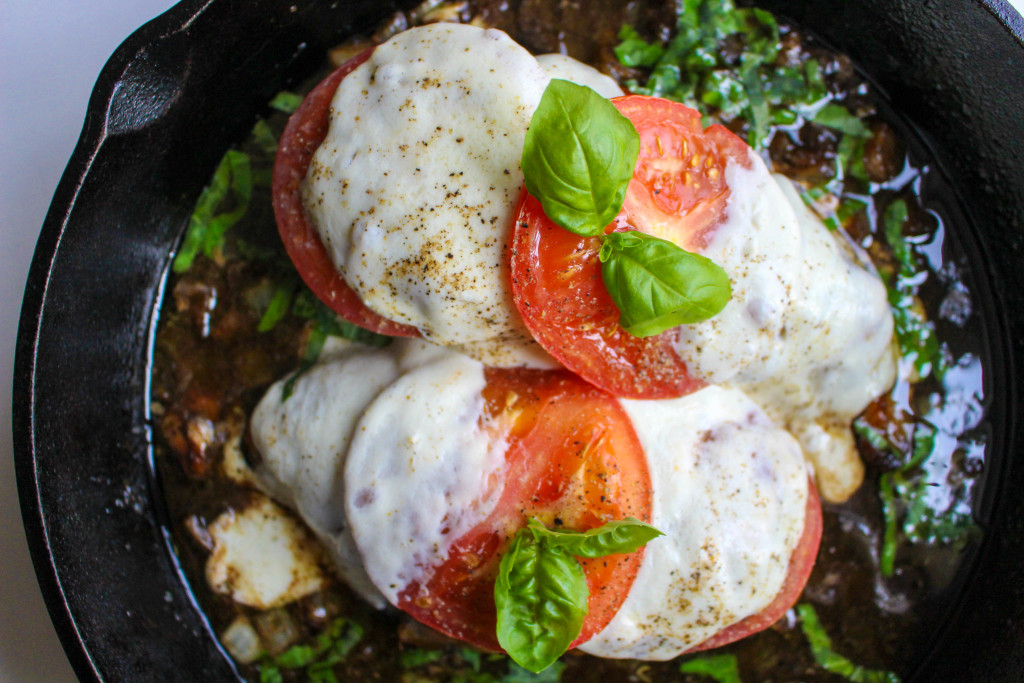 So far, 2015 dinners have been off to a really great start. Let’s hope it continues!