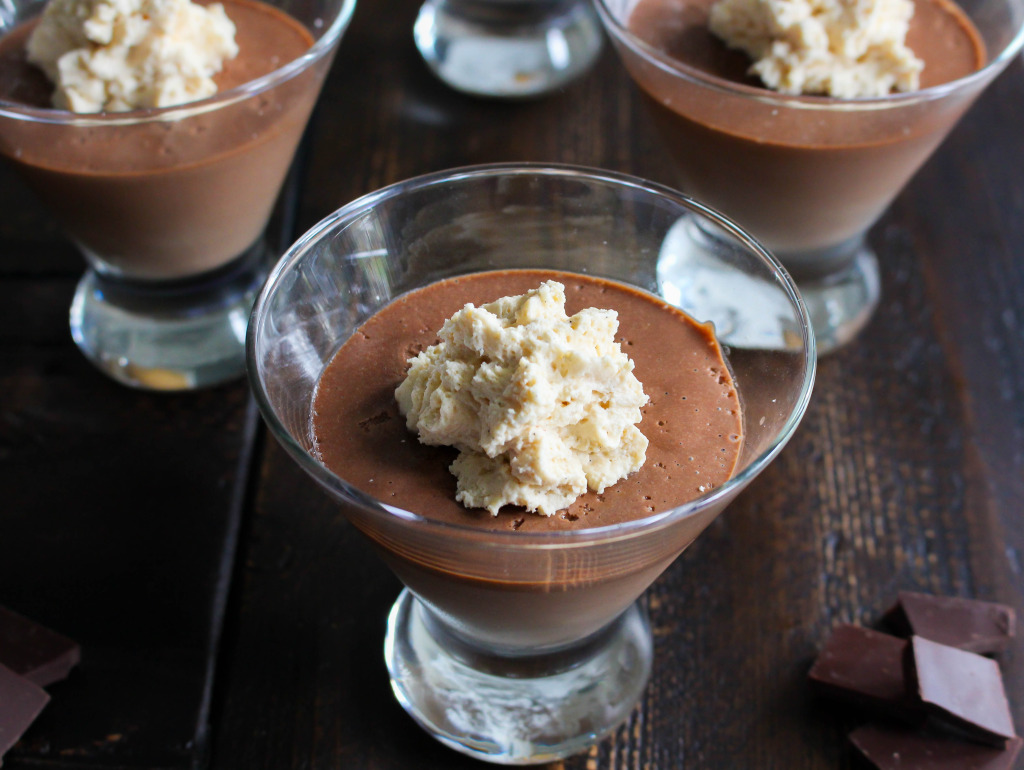 How do you feel about pudding?

Me? Not a huge fan. I never got the obsession so many of my peers had with those Jell-o pudding cups in their packed school lunches. Nope. Wasn’t for me. I’d much rather have a good cookie. 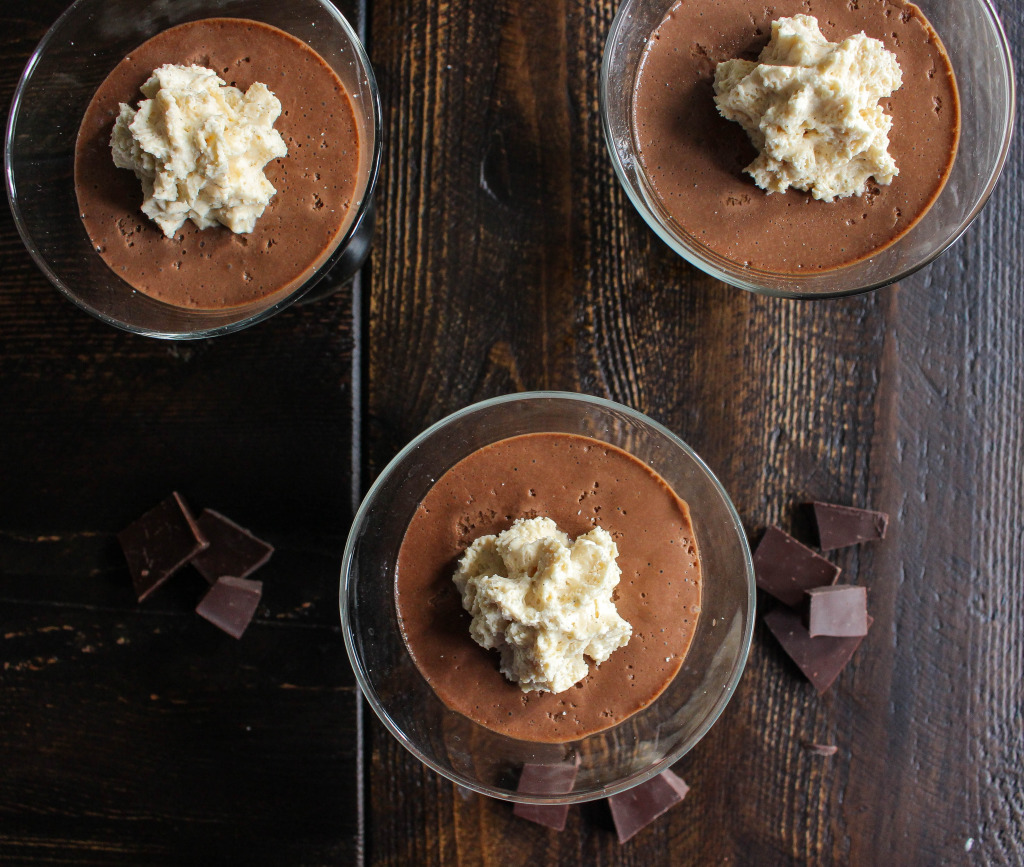 That was true…until I discovered plain ol’ pudding’s fancier varieties. Not to sound like a total snob, but I think the bland flavors of pre-made pudding were actually what turned me off. At first, I thought it was the texture, but it turned out to be the “just OK” flavors. It wasn’t until I tried fancified pudding at a restaurant or two that I really “got” it. 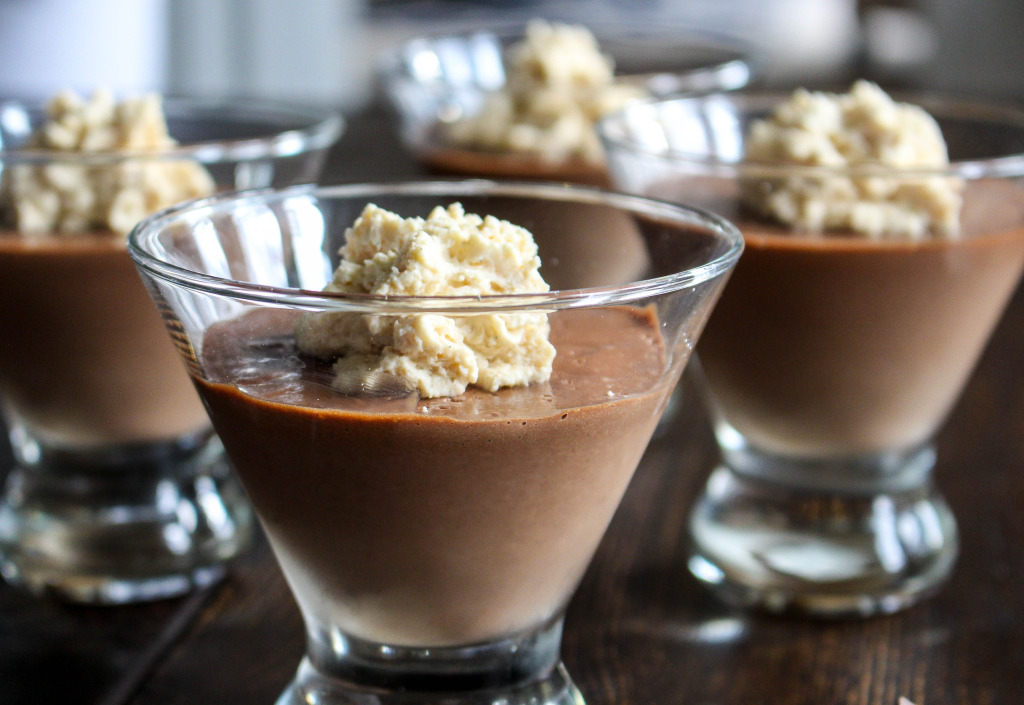 My growing fondness for pudding-like desserts grew once I discovered how easy they were to make at home. I mean, they are REALLY easy. For this version, I used a blender and whipped all the ingredients together, poured the mixture into glasses, and chilled them in the fridge until set. SO EASY. 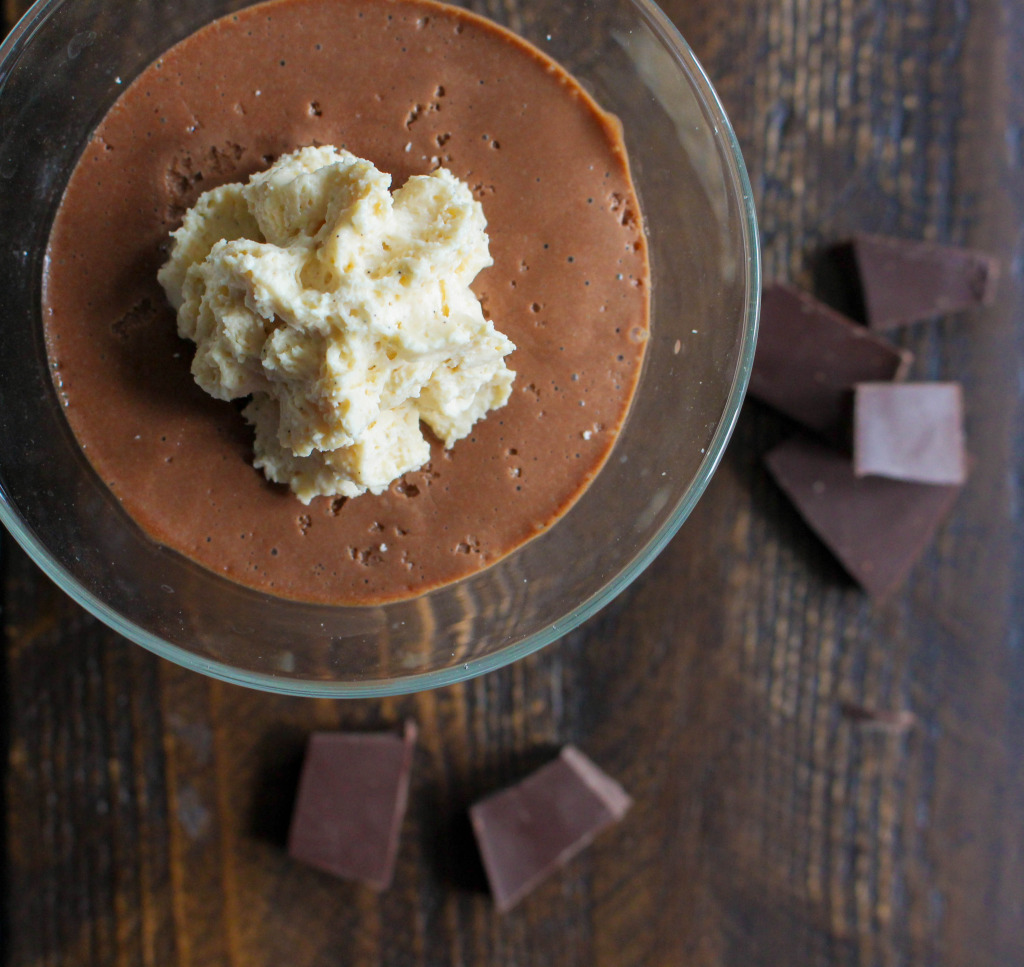 This version of pudding, or pot de crème if you want to be fancy, is a take on one of my favorite combos: sweet, salty, chocolatey, and peanut buttery. The combo of the latter two is my husband’s dessert weakness (also outlined in detail here).

A few people have asked me how I’m still posting recipes with a newborn in the house, and the truth is, most of what I’ve shared these past few weeks was prepared/photographed before the little guy arrived. I was stockpiling stuff for weeks leading up to the big day. This recipe is one of the first I made post baby arrival. You see? I’m not lying when I say these are easy to make. I would NOT have attempted them otherwise. 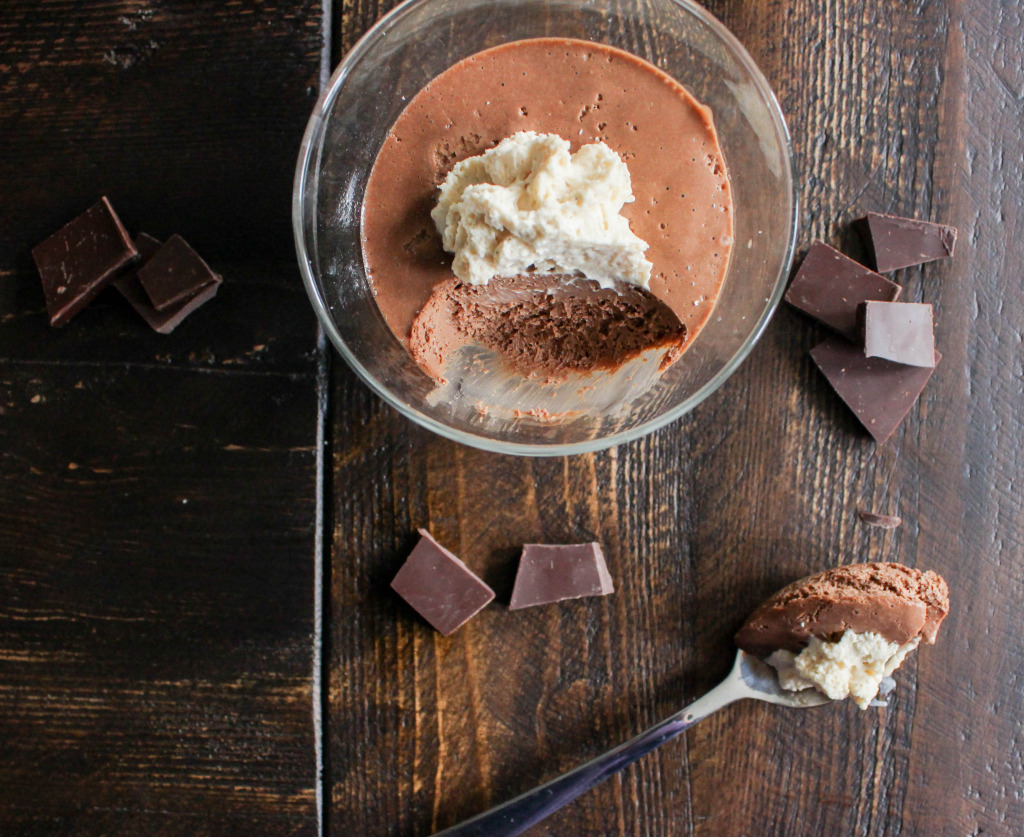 These were a nice addition to our take out and freezer meals. It felt good to get back in the kitchen again…even if it was just for pudding. 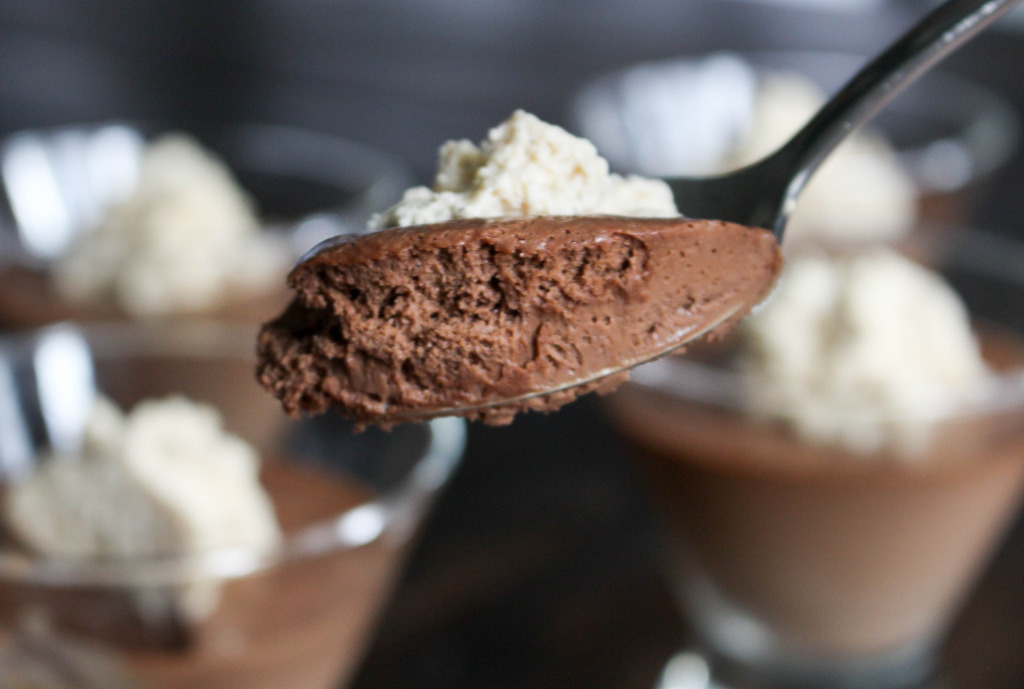 For the Pot de Crème:

¼ teaspoon sea salt, plus more for sprinkling on top

For the Peanut Butter Whipped Cream:

For the Pot de Crème:
1. Place the chocolate in a blender. Whisk the milk, cream, egg yolks, sugar, and salt in a saucepan over medium heat. Cook, stirring constantly, until the mixture is thick enough to coat the spatula and almost boiling, about 5 minutes.
2. Immediately pour the milk mixture over the chocolate in the blender. Cover and hold the lid with a thick kitchen towel; blend until combined and smooth, stopping to scrape down the sides of the blender as needed. Divide the chocolate mixture among ramekins or small cups, sprinkle the tops with a little more sea salt, and refrigerate until set, about 2 hours.

For the Peanut Butter Whipped Cream:
Place the cream in the bowl of a stand mixer fitted with the whisk attachment. Whip on medium-high speed until soft peaks form. Add in the sugar, peanut butter, vanilla, and salt and then continue whipping until everything is incorporated and stiffer peaks form.