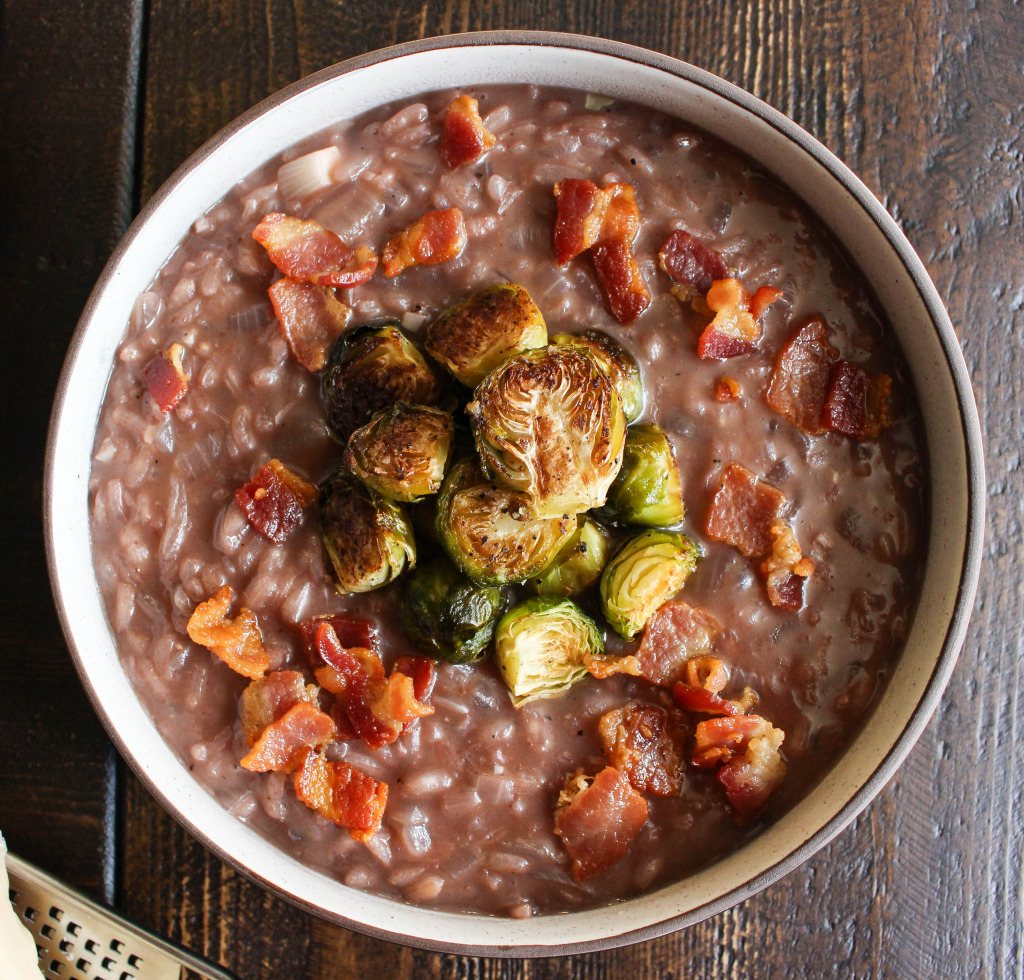 During the next week, I’ll be sharing some of my favorite Thanksgiving recipes. They can be added to your holiday rotation or just made on a whim for whatever occasion.

First up: this risotto. 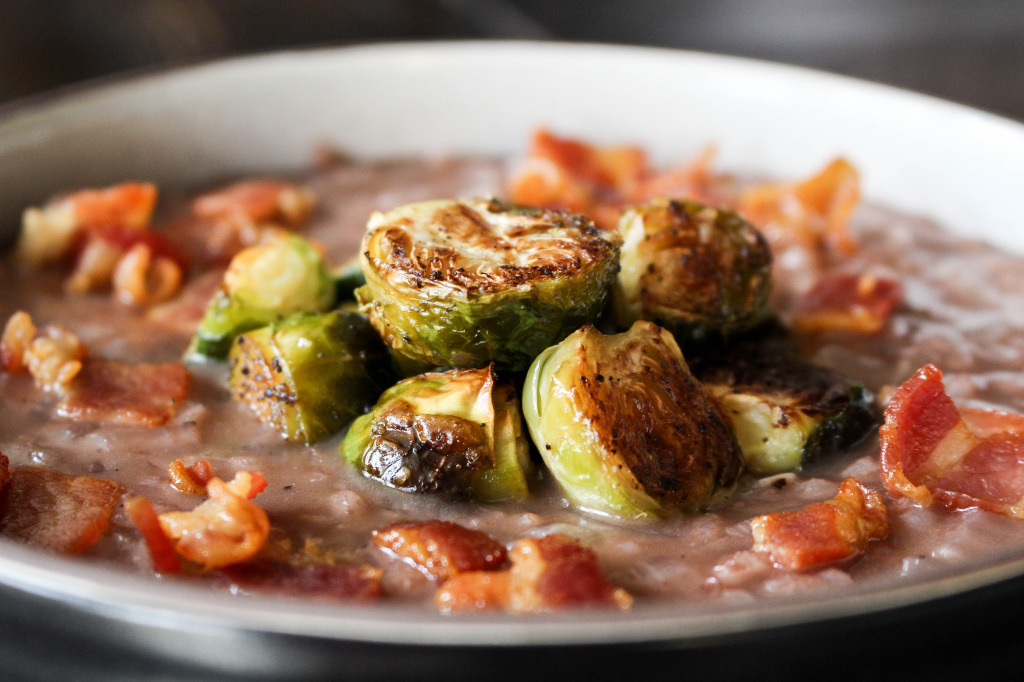 OMG, THIS RISOTTO. Talk about flavor central. Now, I realize risotto is probably not traditionally on your Thanksgiving table. And I get that you may hesitate to serve this alongside that incredible turkey and gravy situation. I’m kinda on board with you. Allow me to explain.

Generally, I am hung up on the traditional Thanksgiving that I know from my childhood. Not only do I need/want the classics on the table, but they need to be as close to the versions my parents prepared for all those years as possible. Change is scary, people.

A couple years ago, Dan and I were forced to change up our Thanksgiving dinner. Our dear friends were getting married in Vermont the weekend following Thanksgiving, and we had a long drive ahead of us early that Friday. Thus, we had to opt out of our family Thanksgivings that year. At first, we were totally bummed because we both LOVE Thanksgiving, and both our families put on quite a spread each year. While we were beyond excited for the wedding, we were both a little hung up on the fact that there would be no mountains of mashed potatoes with gravy rivers happening in our near future. Then, Dan had the genius idea of having our own faux-Thanksgiving dinner at home, just the two of us. I was hesitant at first because…I’ll say it again: change is scary, people. I tend to shy away from most unfamiliar things at first. I’ve been that way my whole life. But after some consideration, fun twists on the traditional Thanksgiving dinner I know and love started to bubble to the surface. I was suddenly excited to create a dinner that could be our OWN tradition. 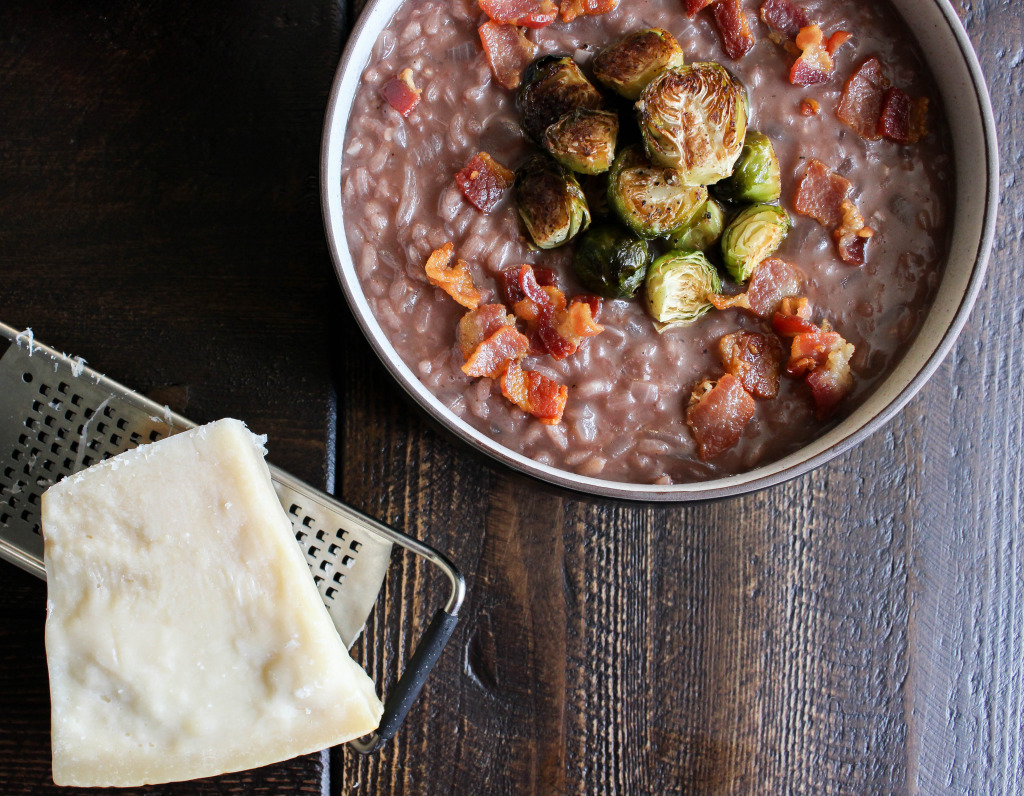 I didn’t go nuts and serve ham instead of turkey or anything bonkers like that, but I put a few twists on some family favorites and just had fun with it. A few extra flavors thrown into the stuffing. A brine for the turkey (recipe for that coming soon!). All the side dishes WE wanted (hold the green bean casserole, please!). It turned out to be pretty awesome to have a Thanksgiving EXACTLY the way we envisioned it. We enjoyed ourselves so much that we have since designated a day in November as our own faux-Thanksgiving every year. We still attend and LOVE our family festivities, but we have our own shindig on our own time with our own food. It’s awesome.

Prior to that first faux-Thanksgiving, I would NEVER put risotto on a Thanksgiving dinner table. It just didn’t belong. But now that I switched it up once, I am much more open to the idea of doing so again. This risotto seemed like a safe (delicious) swap out. First, it’s freaking good. Red wine, cheese, bacon, and brussels sprouts. Hell to the yeah. Second, it comes together fairly easily and can be multiplied for larger crowds. It’s creamy comfort food at it’s best…and if that doesn’t belong on a Thanksgiving table, then I don’t know what does. 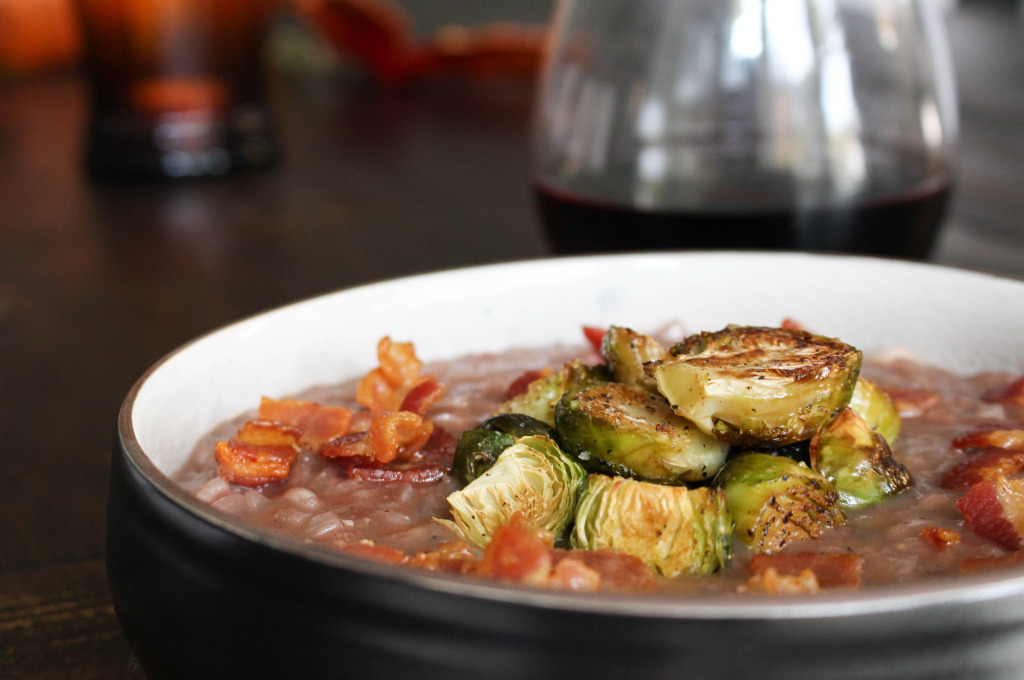 Who knows. Maybe next year Dan and I will go really crazy and try deep frying a Turkey.

Probably not. Change is scary, people.

Render the bacon in a large pan until crispy. Remove from pan and set aside. Drain off all but 1 tablespoon of the drippings. Meanwhile, heat the chicken stock in a small sauce pan until simmering. Keep warm.

To the bacon drippings, add the butter and onion and sauté until soft and translucent, about 5-7 minutes. Add the garlic and cook for another minute.

Add the rice and cook, stirring frequently, for a minute or two. Deglaze the pan with the wine and cook until most of the liquid has reduced.

Once the risotto is creamy, stir in the cheese until melted.

Preheat the oven to 400°F and spread the Brussels out evenly on a rimmed baking sheet. Drizzle with olive oil and season with salt and pepper. Toss to evenly coat. Roast for 15-20 minutes, or until the sprouts are tender and caramelized.

Ladle the risotto into serving bowls and garnish with the crispy bacon, the roasted Brussels sprouts, and additional cheese. Serve immediately.