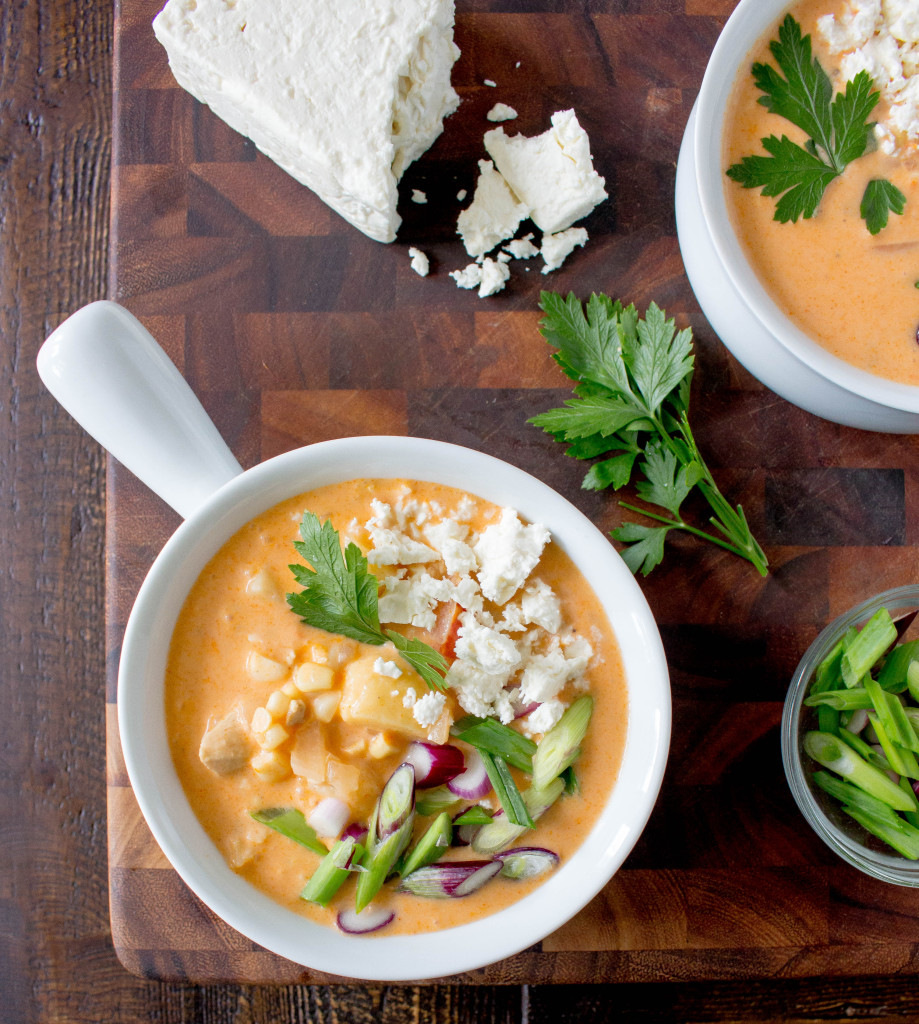 I know what you’re thinking. Chowder in August? Yes. Hear me out.

As the self-proclaimed soup queen, I am no stranger to soups and stews year round. Even in the stifling heat of summer. In fact, exactly one year ago this week, I shared a recipe for this homemade ramen (which is, by the way, one of the most popular recipes on the blog). Yes, I was pregnant then and anything goes when you’re knocked up, but I like to think that I would have still shared that awesomeness with you, regardless of the temperature outside. 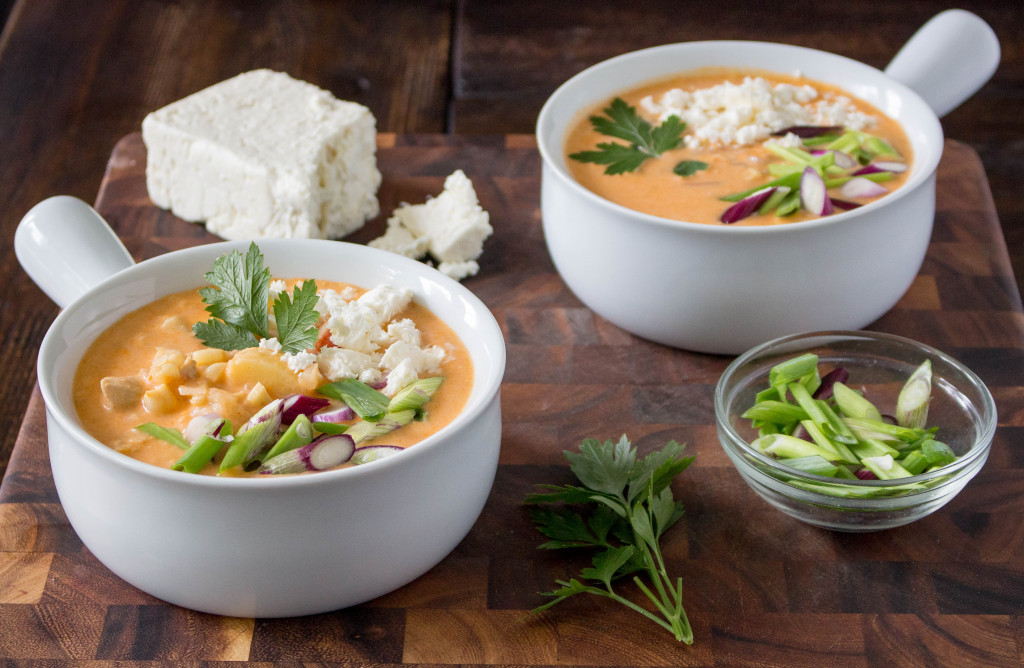 What can I say? Hot weather doesn’t sway me from eating soup. At least I’m being consistent?

To further enforce my redundant ways, I have already shared a couple corn chowder recipes with you (here and here – both are awesome in their own rights) AND a buffalo chicken soup recipe that…wait for it….ALSO involves corn. Told you I was redundant. Forgive me.

THIS soup, however, is the best of all worlds. Dare I say, it’s actually MY FAVORITE of all the versions I’ve shared. It uses FRESH summer corn at its peak (which, by the way, we have been eating weekly by the bundle). This small detail leads to a sweeter and cornier (?) flavor, which just so happens to be AWESOME with the heat of the buffalo sauce and tang of the bleu cheese. 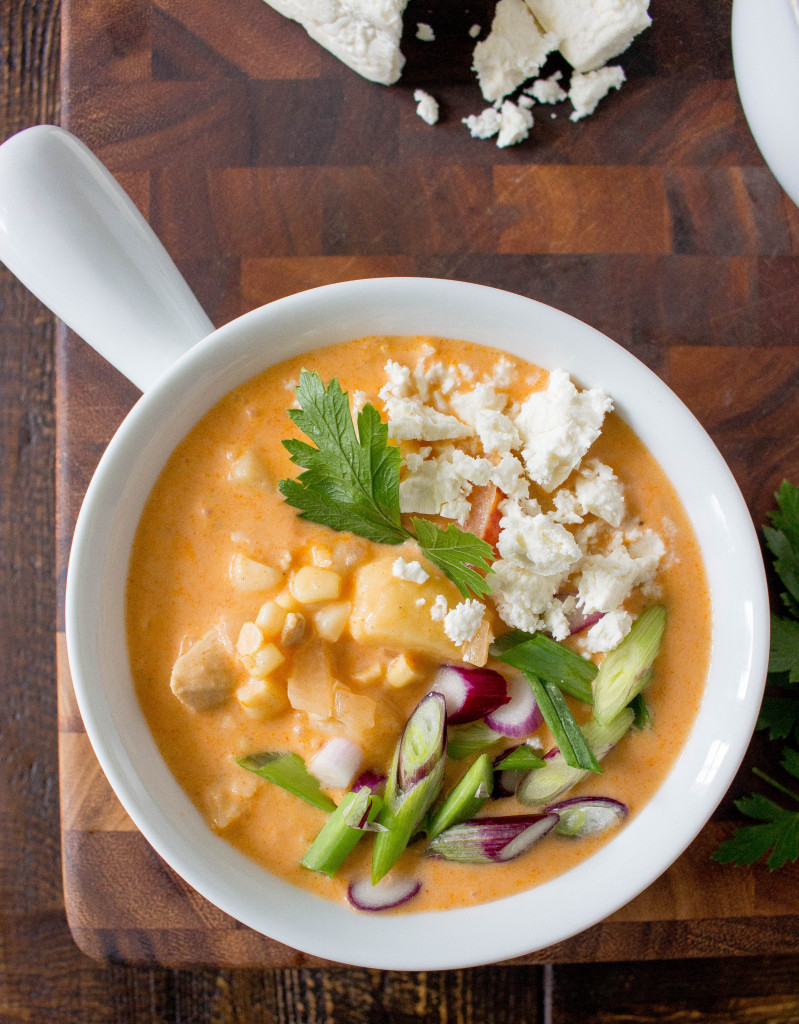 We’ve also got some awesome chowder standards in place in the way of sauteed veggies, crispy bacon, and buttery potatoes all swimming together in a creamy, spiced broth. The toppings are also super fun. Cheese, fresh herbs, cheese, sharp scallions, cheese, and a dollop of cooling sour cream. Did I mention cheese? Regardless how you choose to doll up your bowl of chowder, it is absolutely delicious. It’s definitely one of my most favorite soups in a long time. 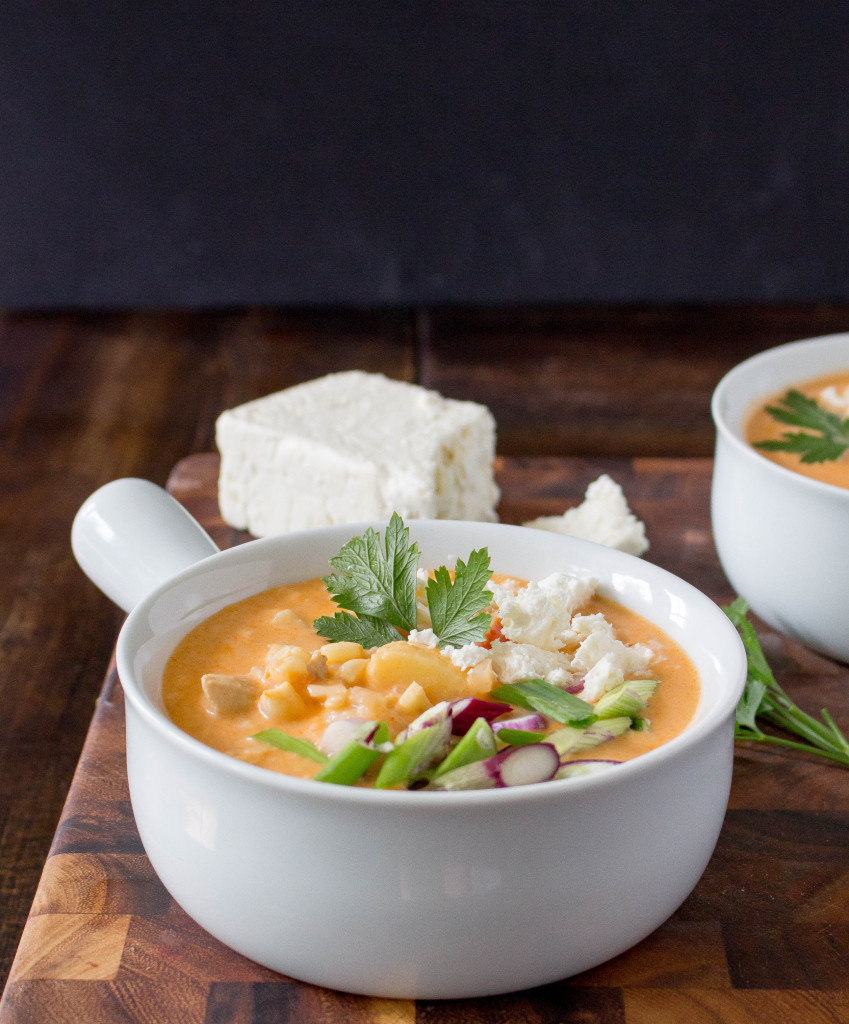 I would also like to point out that this soup could easily be made vegetarian. Leave out the bacon and chicken and swap the stock for veggie. It will still pack a punch in the heat and flavor departments sans meat. That corn, man. It accomplishes everything you could ever want from a soup. Well, the corn and the buffalo sauce. Buffalo sauce, I just can’t quit you. 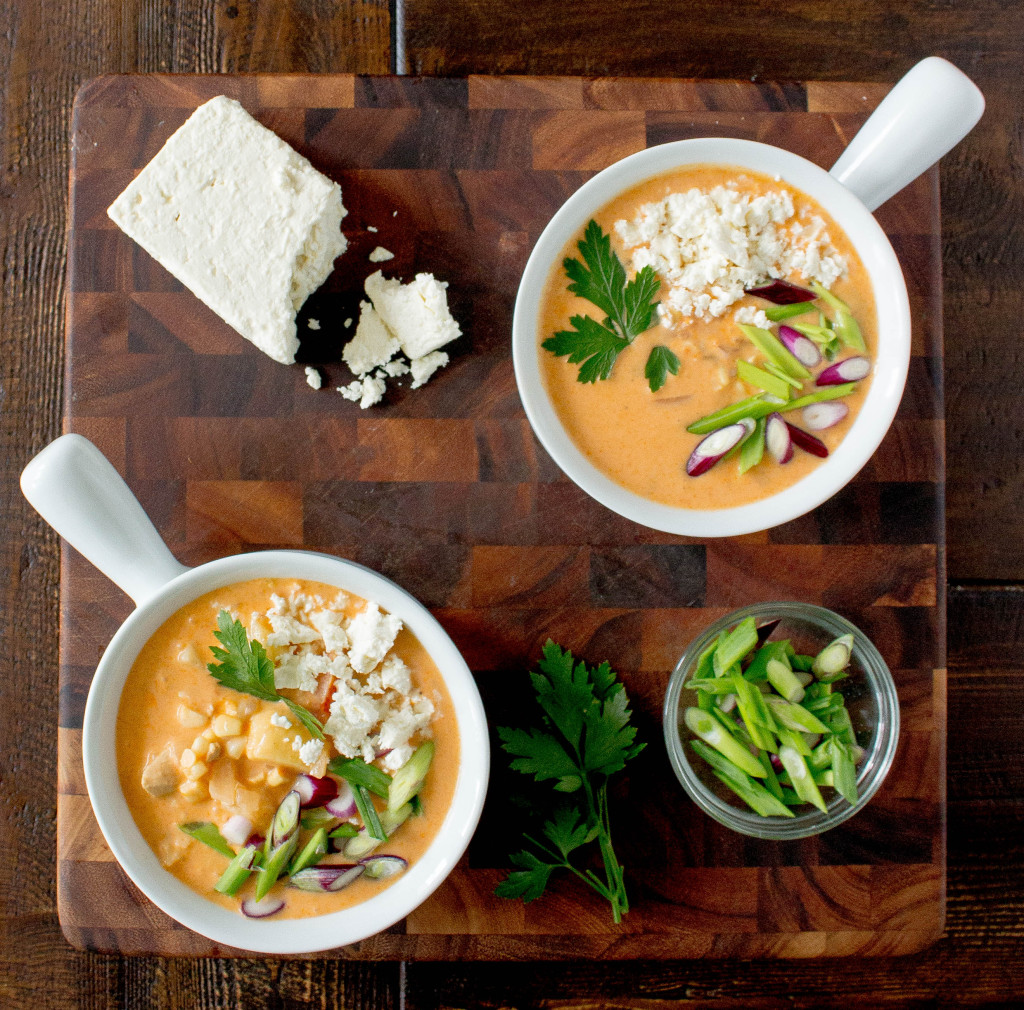 Even if it is August. Womp womp.

While we’re on the subject of corn, though, I must apologize in advance because I realized recently that the next three recipes I plan to share with you all involve fresh corn. Yup. I wasn’t kidding when I said we’ve been eating a ton of it this summer. It’s just so sweet and delicious…and fleeting. Which I think fuels the obsession even more. Like, how can I eat more corn all the time forever and ever and ever? Too much corn? There’s no such thing.

Or my summer soup habit. 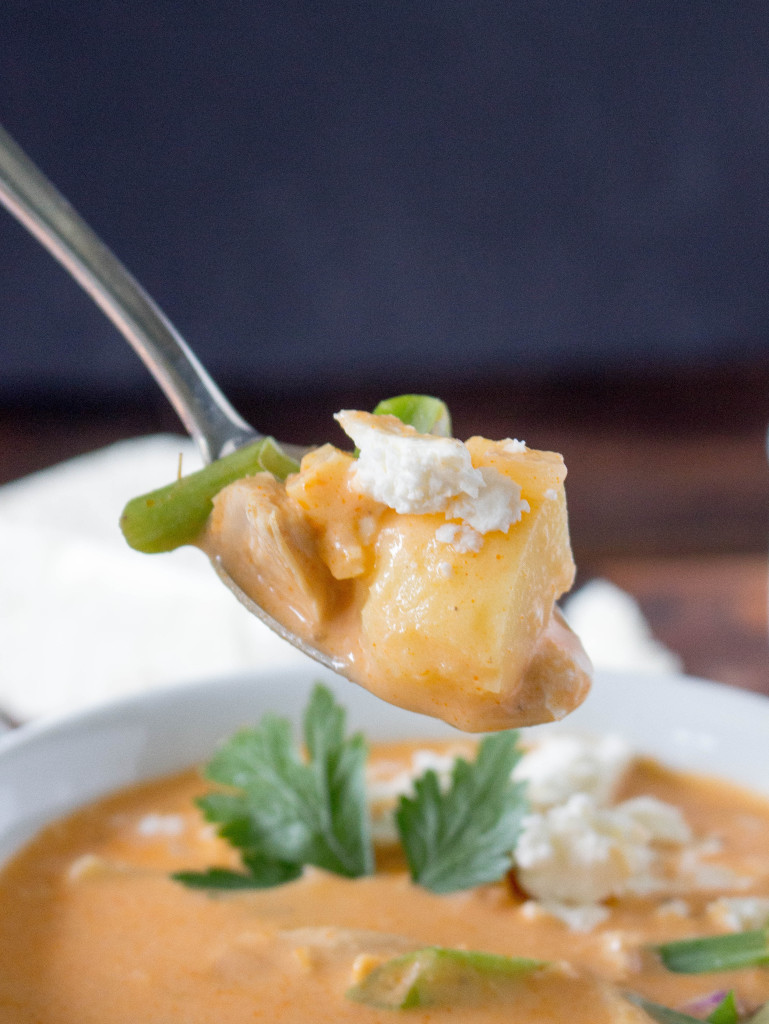