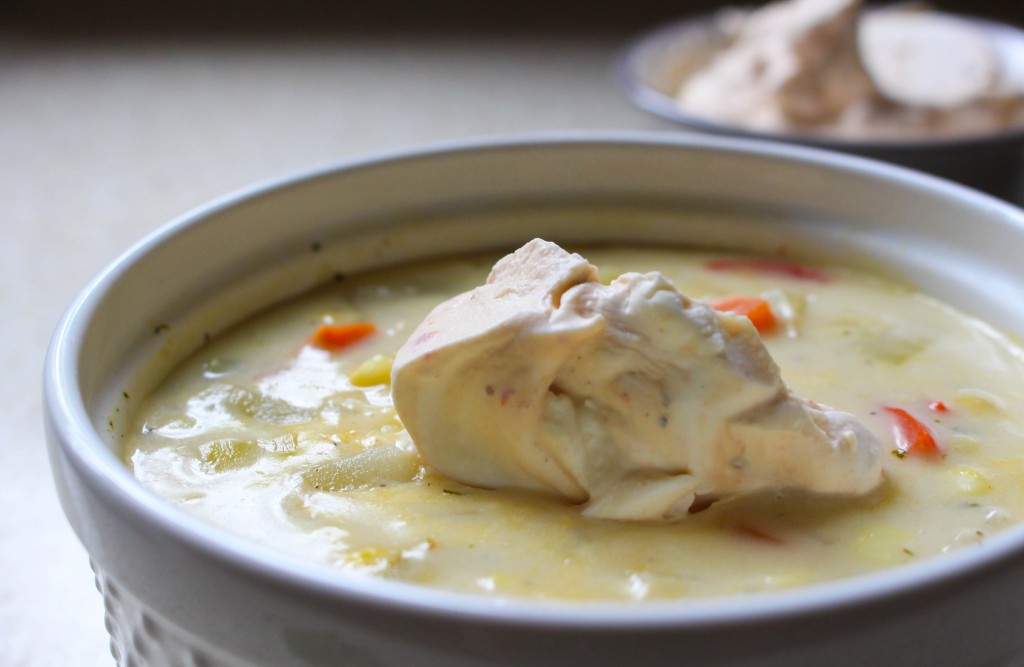 You may be thinking to yourself “Chowder?!? In May?!?”

Yes. I made you chowder. In May. I know, I’m soup obsessed. I can’t help myself. This one, however, despite its rich and creamy taste, is full of lighter flavors. Namely, CORN! 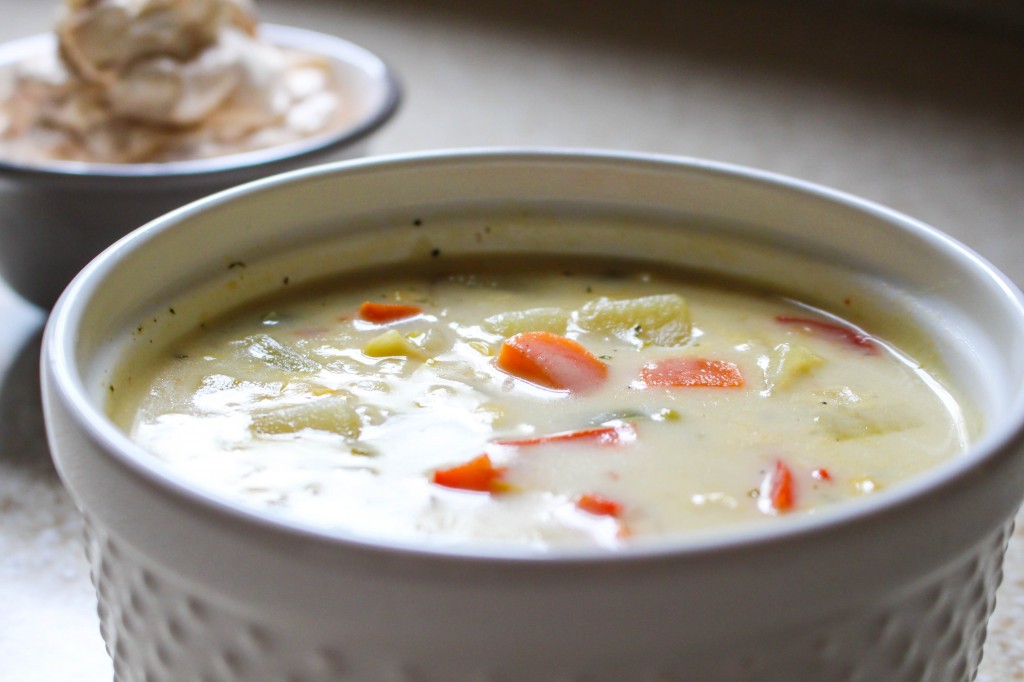 In the summertime, I buy corn on the cob in bulk. Most of it we eat grilled or boiled and drowning in butter. Some of it goes into my freezer stash. There is nothing better in the dead of winter than some fresh corn. Sure, you can totally use frozen corn from your grocery store (I’ve done this many times), but using the stuff fresh off the cob from just a few months ago is really the best way to go. Buy some extra corn this summer and freeze it. You won’t be sorry when the most depressing month of the year (January) arrives, and you realize you’re still many months away from sunshine and corn on the cob. 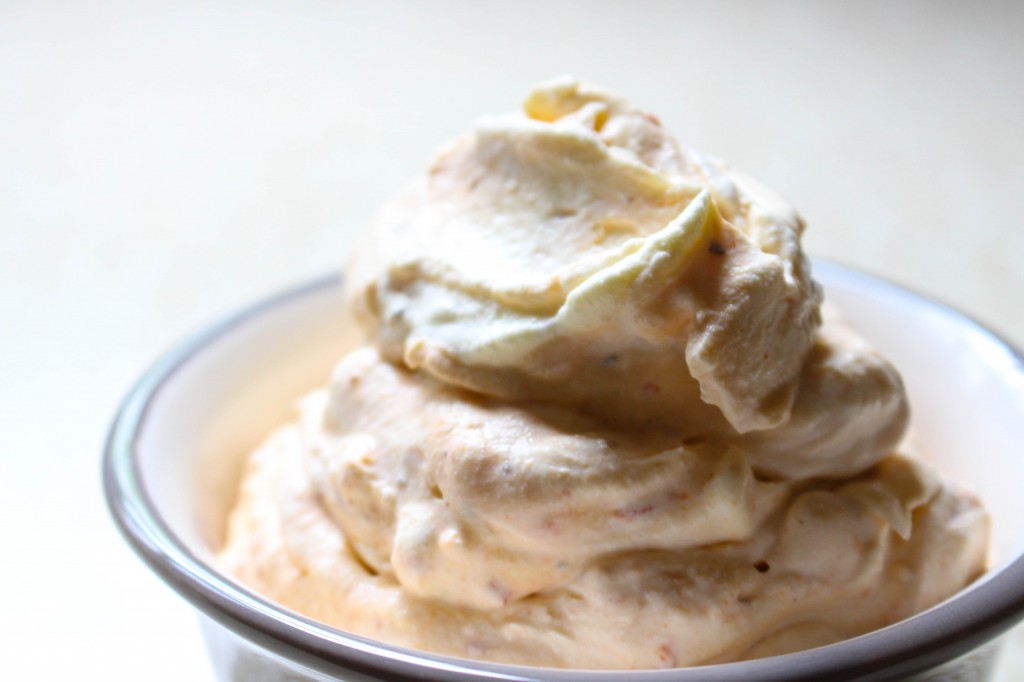 Now, I know it’s not the dead of winter anymore (thank the heavens!). BUT! I had a bag of fresh corn kernels in my freezer from last summer that needed to be used up. So, I made this chowder. And I have no regrets! Chowder in May totally rocks. 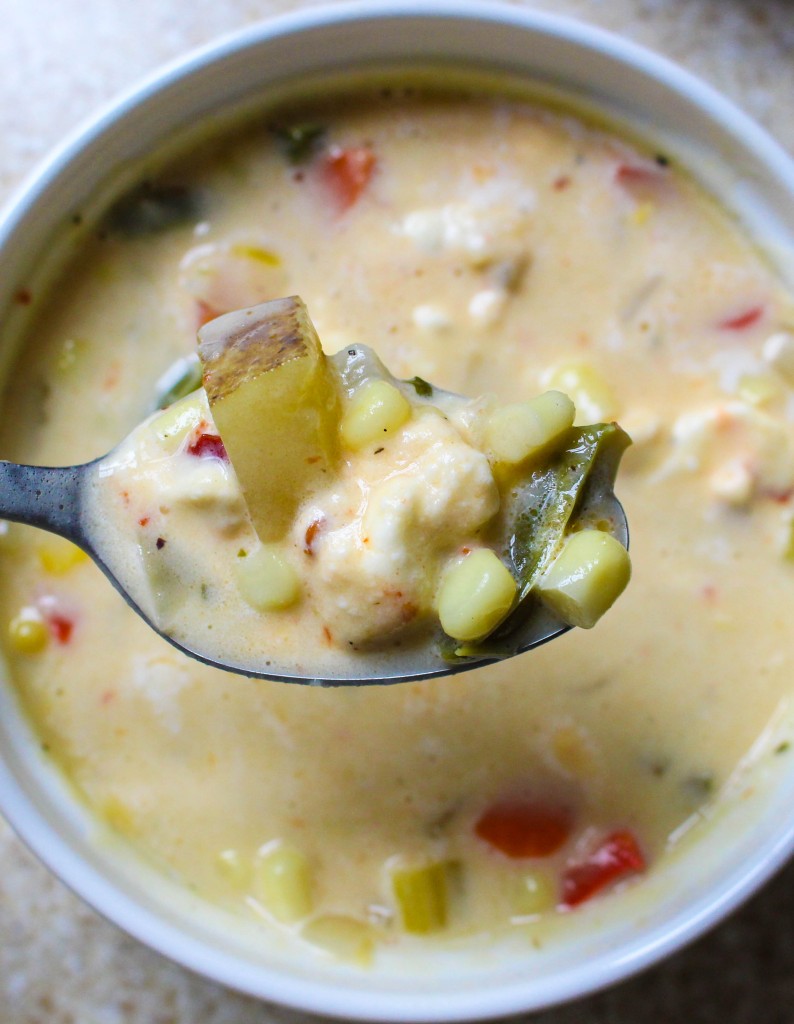 Corn chowder in general is SO delicious. I could eat a whole pot by myself. Easily. I’m spicing this version up by adding a fun whipped cream topping. Yes, you read that right. Whipped cream on chowder. Don’t worry, it’s not the kind you would put on your ice cream. I haven’t gone completely nuts. This version is savory and spicy and smoky. I whip up some cream and throw some chipotle peppers into the mix, and the result is spicy heaven. I could eat it with a spoon all on its own, but it’s even better in the chowder. The contrast of spice and sweetness is so nice. I like to plop a large dollop of it on top and then slowly swirl it into my chowder so it melts and flavors every bite. Mmmmmmm. 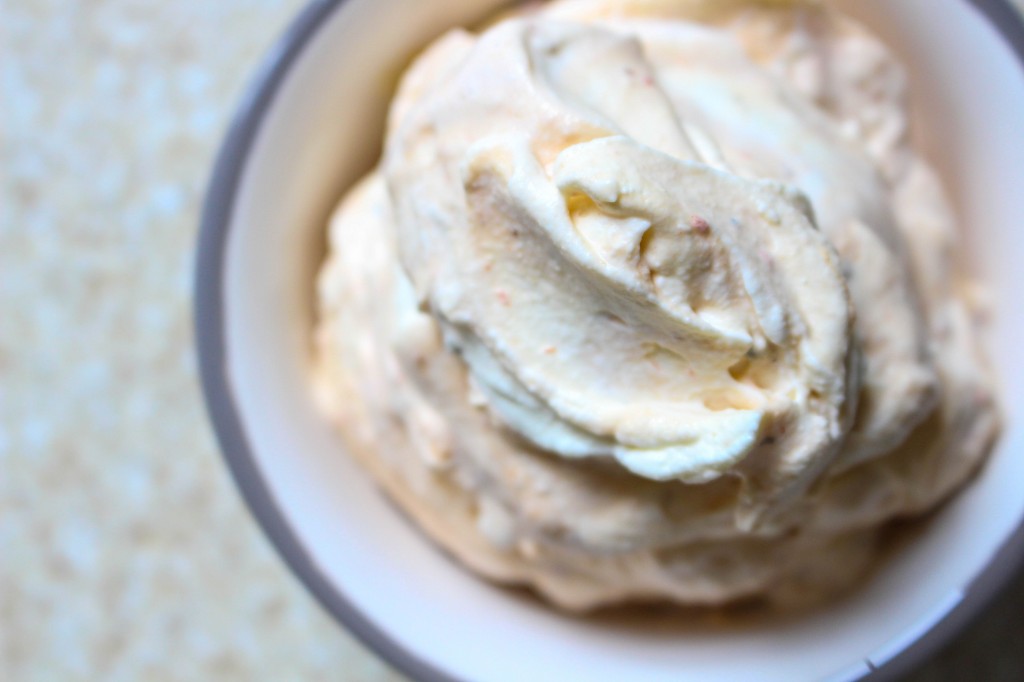 So yeah, try to buy extra corn this summer. Freeze it. Make incredible chowder year round. And then top it with whipped cream. 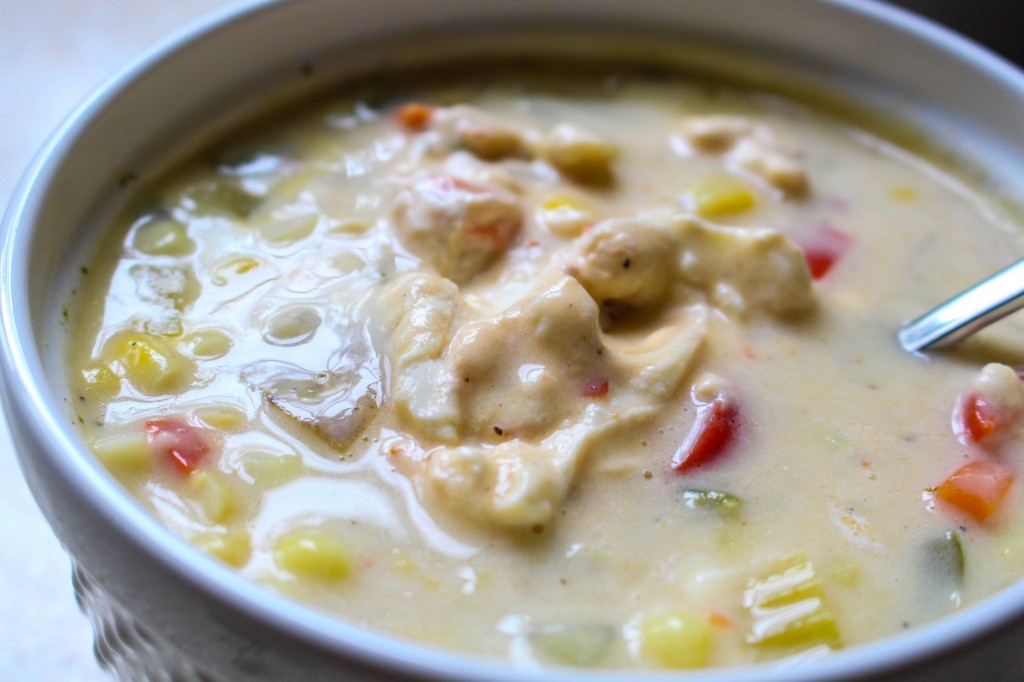 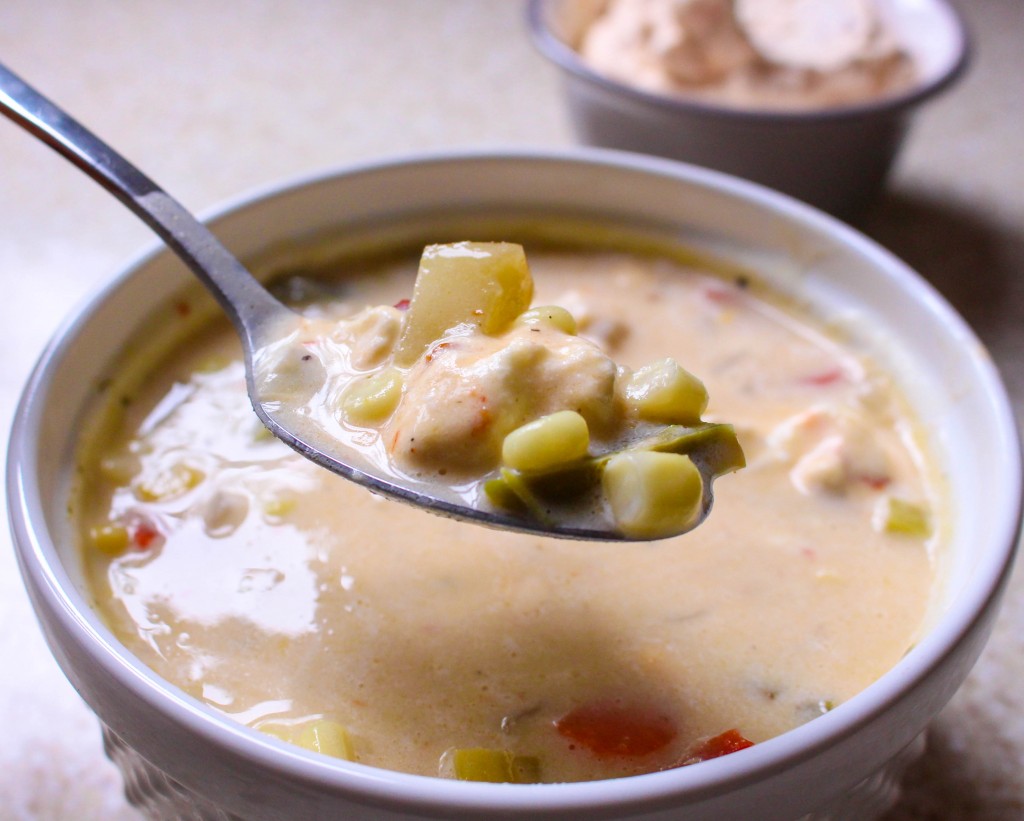 1. Heat the butter and olive oil in a pot over medium heat. Add the onion and sauté for about 5 minutes, until soft and translucent. Add in the red pepper, jalapeño, carrots, celery, garlic, and thyme and cook until all the vegetables are beginning to soften, about 5-7 minutes.

2. Add the flour and stir to coat everything well. Cook for a few minutes and then deglaze the pan with the white wine. Cook for a few more minutes (it will thicken up substantially) so the alcohol can reduce and cook off. Then, slowly whisk in the chicken stock. Bring to a boil, reduce to a simmer, and then add the potatoes and the milk. Simmer for about 10-12 minutes or until the potatoes are tender.

3. Add the corn to the soup last and check for seasonings. Stir in the cilantro. Keep warm until ready to serve.

Place all ingredients in a blender and blend until smooth and thick, about 1 minute. Serve the soup topped with the spicy whipped cream.

**Tip: I often open up a can of chipotle peppers and only use 1-2 at a time (they pack a punch!). To avoid wasting the rest of the can, I put the remaining peppers in small plastic baggies and freeze them. You can easily add them straight from the freezer to flavor tons of sauces, soups, etc. They are a great ingredient to have on hand!