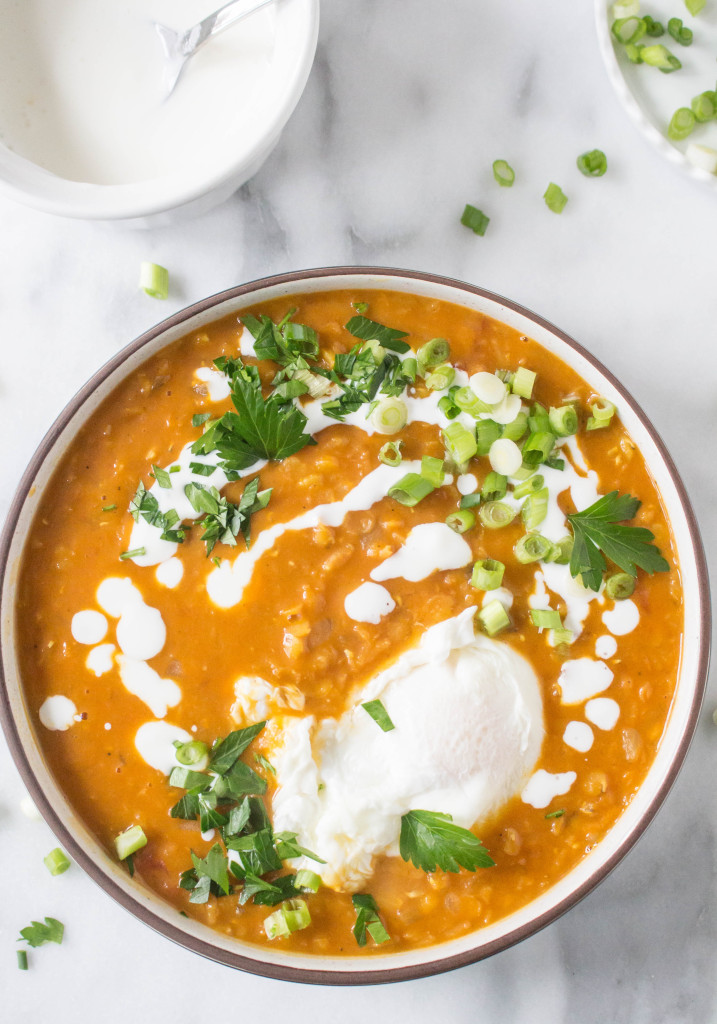 I am way super excited to tell you about today’s recipe (I really need to work on my “adult speak,” huh?). This lentil soup is an INCREDIBLE bowl of cozy. Bonus? It’s REALLY good for you. High five, 2016!

I am kind of surprised that it has taken me this long to share this recipe with you. It’s one of my most favorite soups, and I don’t have to feel guilty eating it. Nope. Not one bit. Which makes it perfect for this time of year when we’re all on the “no chocolate” diet. Ho hum. 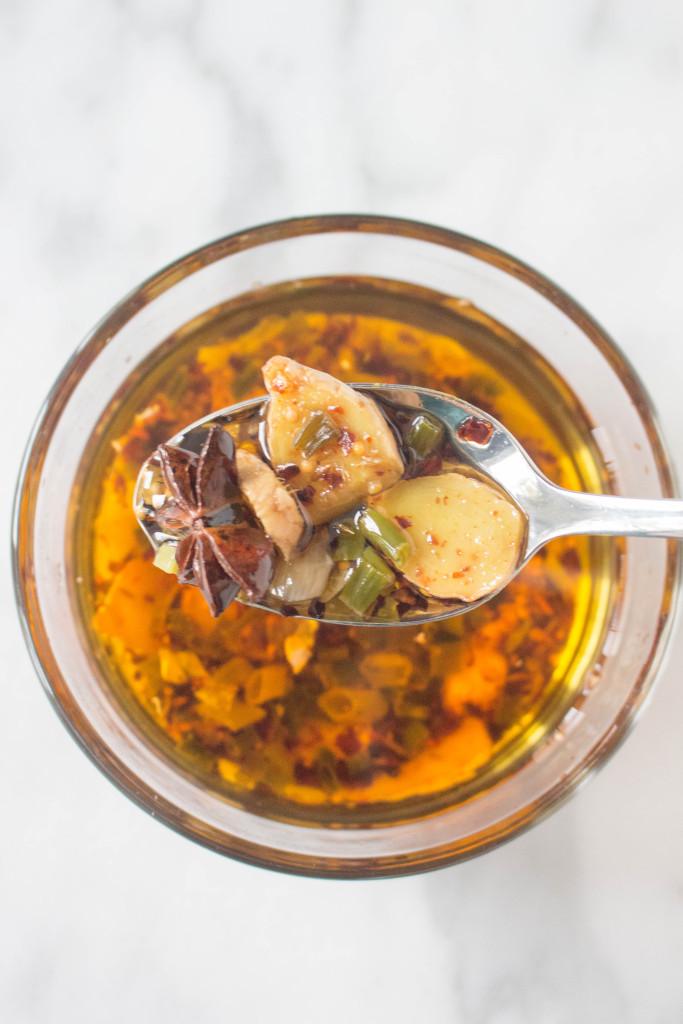 It’s a very warming and comforting bowl of food, with all those spices going on, the hearty nature of the lentils, and the warmth of the spicy oil drizzled over top…gosh, it’s so good. It’s also vegan and vegetarian friendly (obviously to keep things vegan, you’d skip that sour cream drizzle and even the poached egg on top…or just give me yours so I can add it to the two that I already have swimming in my bowl. I’m happy to take one for the team). 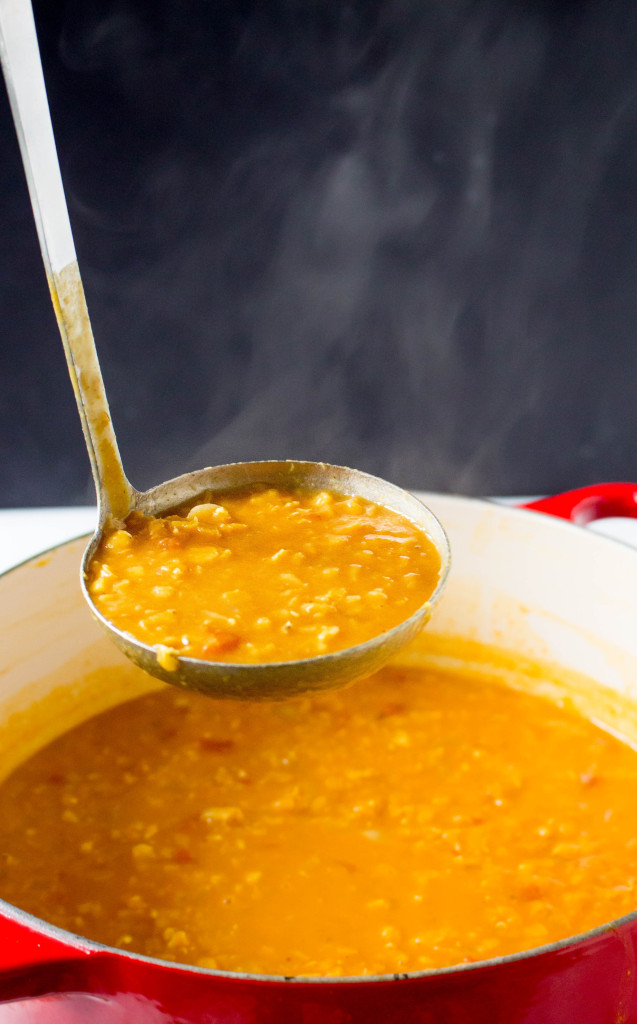 Last year, a friend/coworker of mine was undergoing some pretty serious surgery, and I wanted to make her a post-op hot meal that didn’t require too much fuss on her end. The answer? SOUP! Forever and always. I won’t bore you with my usual ranting about how awesome soup is. You get it by now. 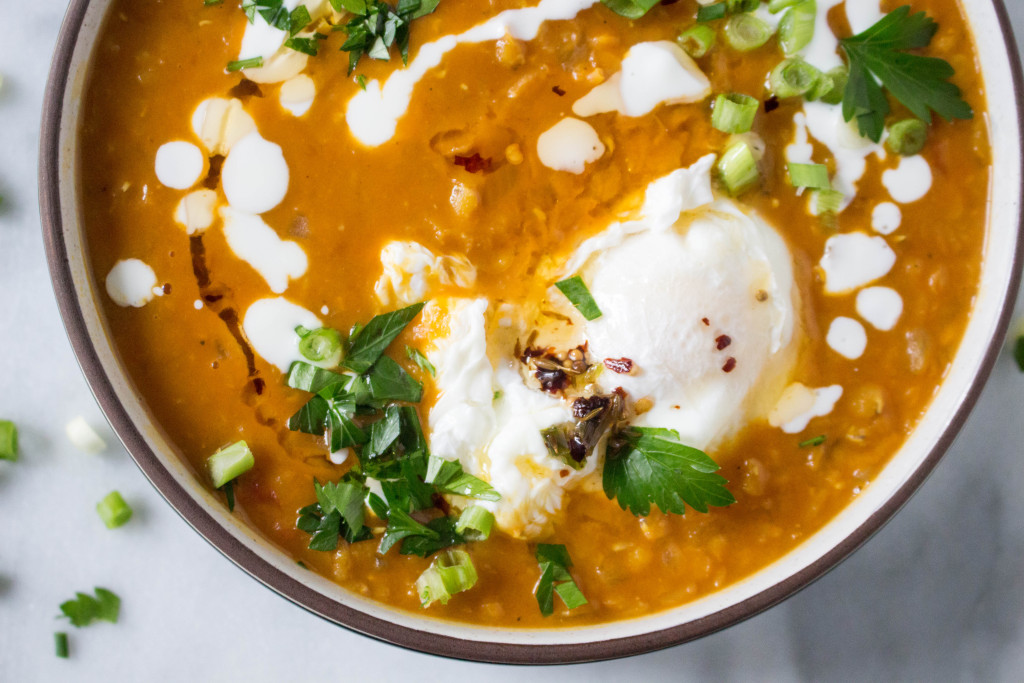 When trying to decide on a recipe, I was keeping in mind the fact that this friend loves Indian food. Anything spicy is good in her book. So, as a “get well” gesture, I made her a gigantic batch of this comforting, spiced, and super flavorful lentil soup and packed it up with some naan and sour cream. I drove into work the next day with the bag of food sitting on my passenger’s seat. Without fail, Philly rush hour traffic was horrendous, which caused my poor bag of goodies to be sloshed around quite a bit with all the stop-and-go motion. At one point, I had to jam on the breaks to avoid hitting the person in front of me who had come to an abrupt stop (#jerseydriverproblems), and the bag of soup/naan flew off my front seat and landed on the floor of my car with a heartbreaking thud. I scrambled to pick it up, and almost cried tears of relief (no, really, I almost cried) when I saw that everything was still in tact. Whew. Crisis averted. 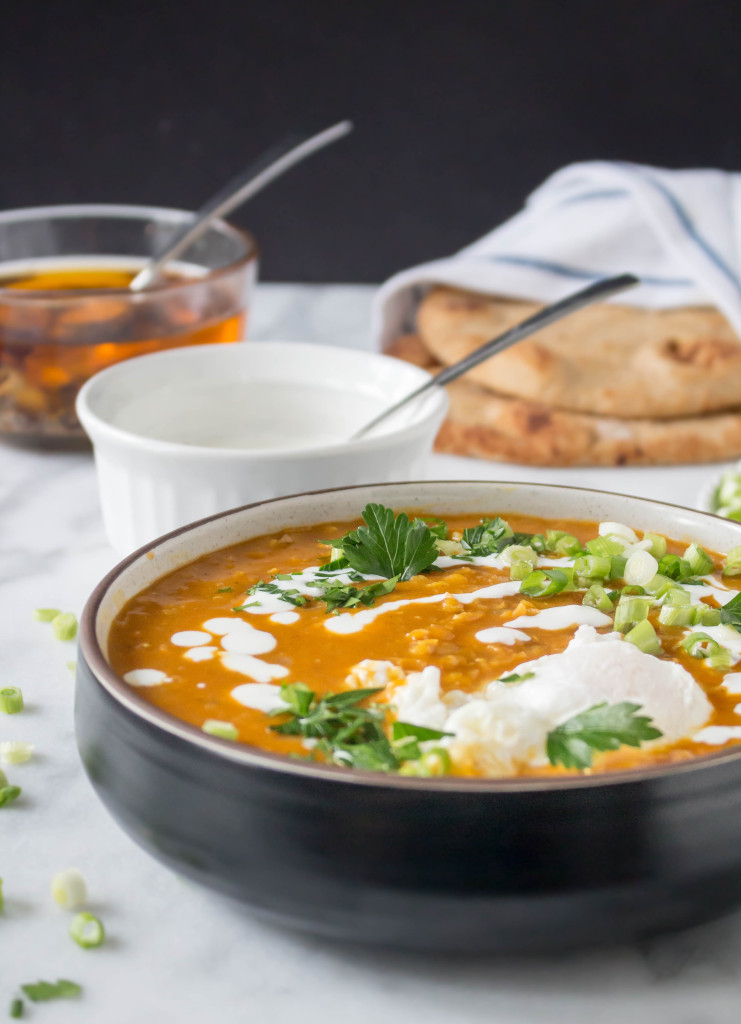 I finally arrived at my office, parked in the parking garage, and headed over to the elevator. As I was waiting for the elevator to arrive, the bottom of the bag in which I had my goodies packed suddenly ripped open, sending my care package of soup and naan crashing to the cold, hard concrete floor. The soup did not survive this fall. 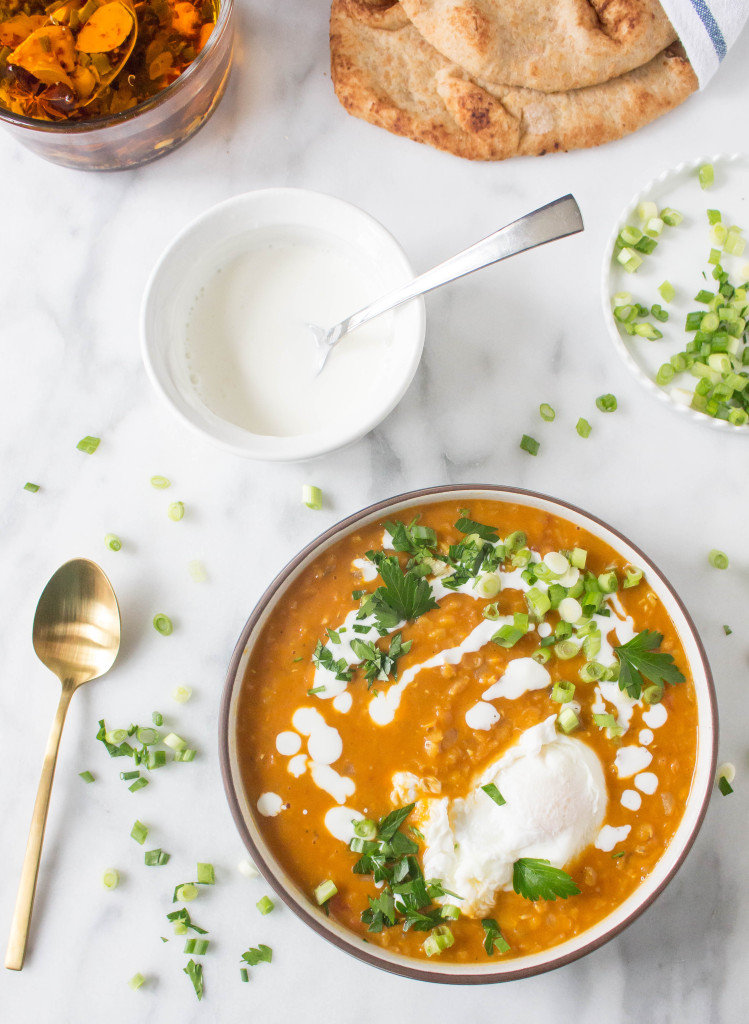 Then, I actually did cry. Real tears. Pissed off and sad tears. I remember just standing there for a moment, in stunned silence, asking myself over and over again “Did that really just happen?” Ugh. What a great way to start the day, huh? I managed to swab things up a bit off the floor (and my work pants/shoes!) and then tearfully got into the elevator to cry in private. I definitely had a major first world problem moment (or five). 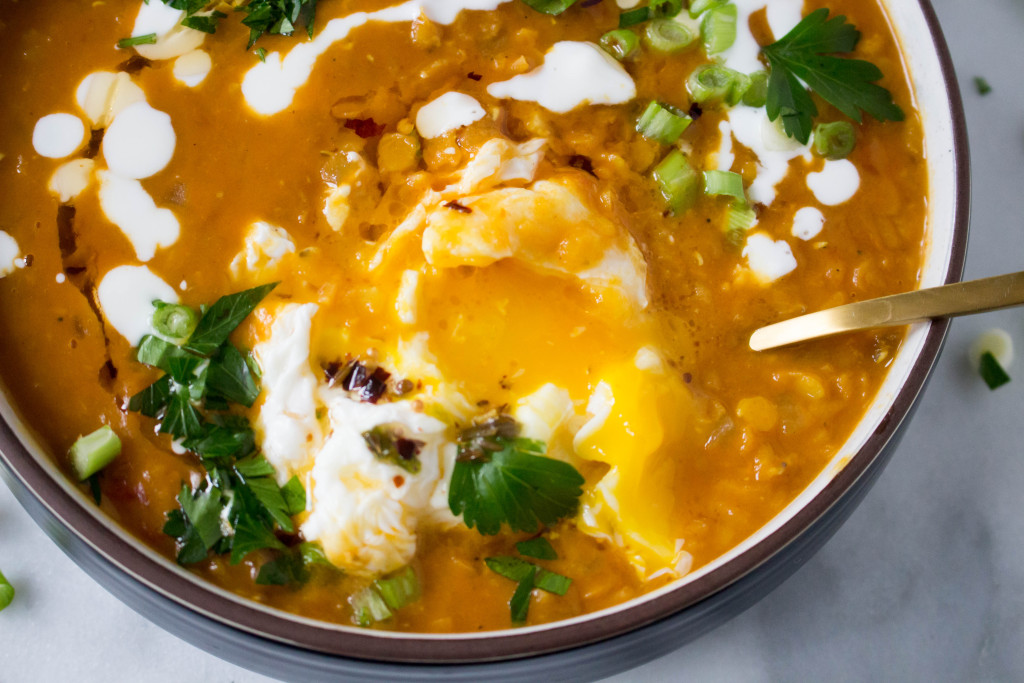 The worst part? I didn’t have a back-up plan for my friend! I really wanted to give her the soup because (1) I knew she’d love the flavors, and (2) I knew she needed some meal help in the weeks following her surgery. And thirdly, in a selfish way, I wanted someone to share in the glory of my soup-making genius and declare me the best soup cook on earth! Hah. Just kidding about that last part. Kinda.

Because, guys, this soup IS genius. It is the perfect thing to make for a friend in need, or for yourself after you ruin the first batch for a friend in need and you are thisclose to cutting out of work early to binge drink a bottle or three of wine. Not that I’d know anything about any of that. 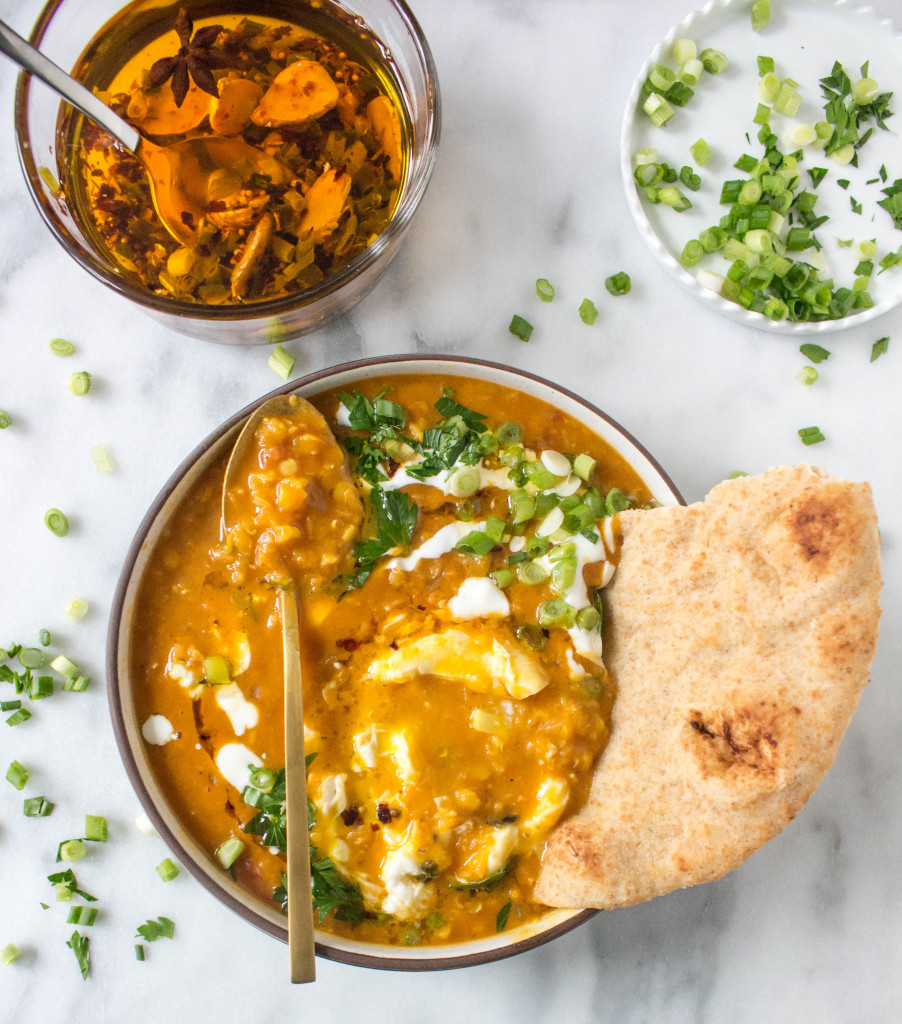 My point is this: if you love someone, make them this soup. They’ll thank you later. It’s one of those healing kind of meals.

I should also mention this: I was so upset that I ended up telling my friend all that had happened, and while she was kind and gracious enough to pat me on the back and say “no worries. it’s the thought that counts,” I wanted the damn soup to be the thing that counted.

So, this post is in honor of my friend. She deserved this soup the first time around, and she is probably going to be irked that I made it a second time and photographed it for my blog rather than giving it to her as a make-up batch. 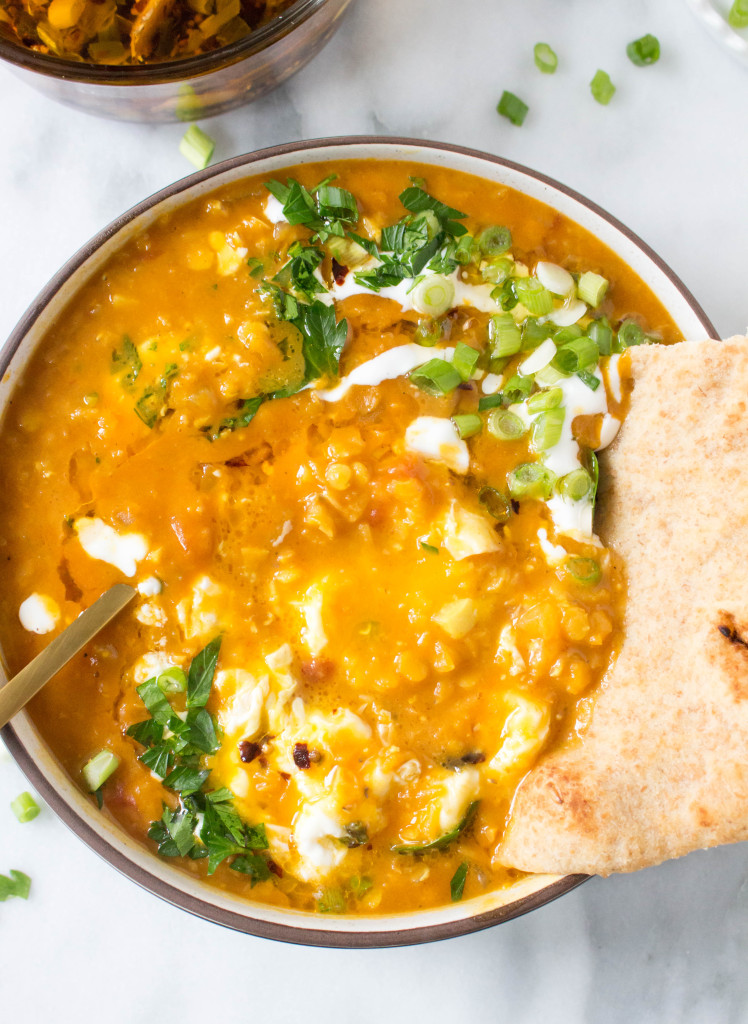