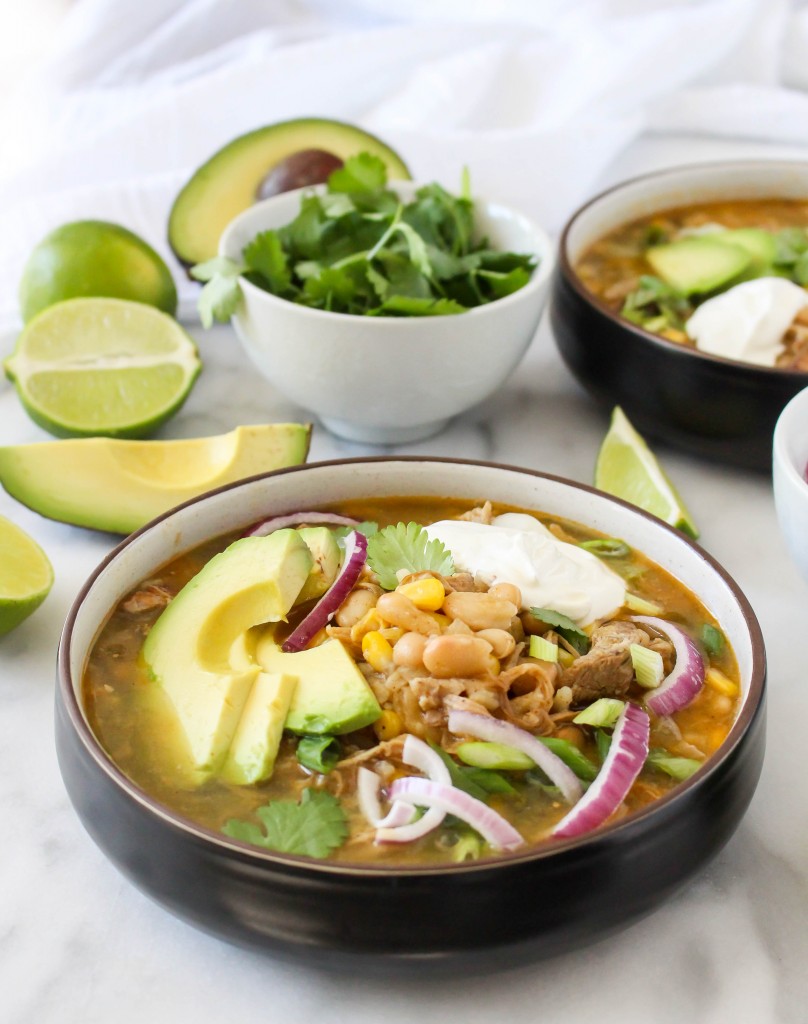 So, when I planned this post a couple weeks ago, I wasn’t expecting temperatures to be near 80 degrees! I totally made that mojo pork last time with the freshness of spring weather tickling my face and making me giddy, but I had no idea it was going to heat up like this! I would have planned something other than CHILI to share with you guys!

Maybe in your area, things aren’t as warm? Maybe (like me) you’re a year-round soup person? Here’s to hoping. 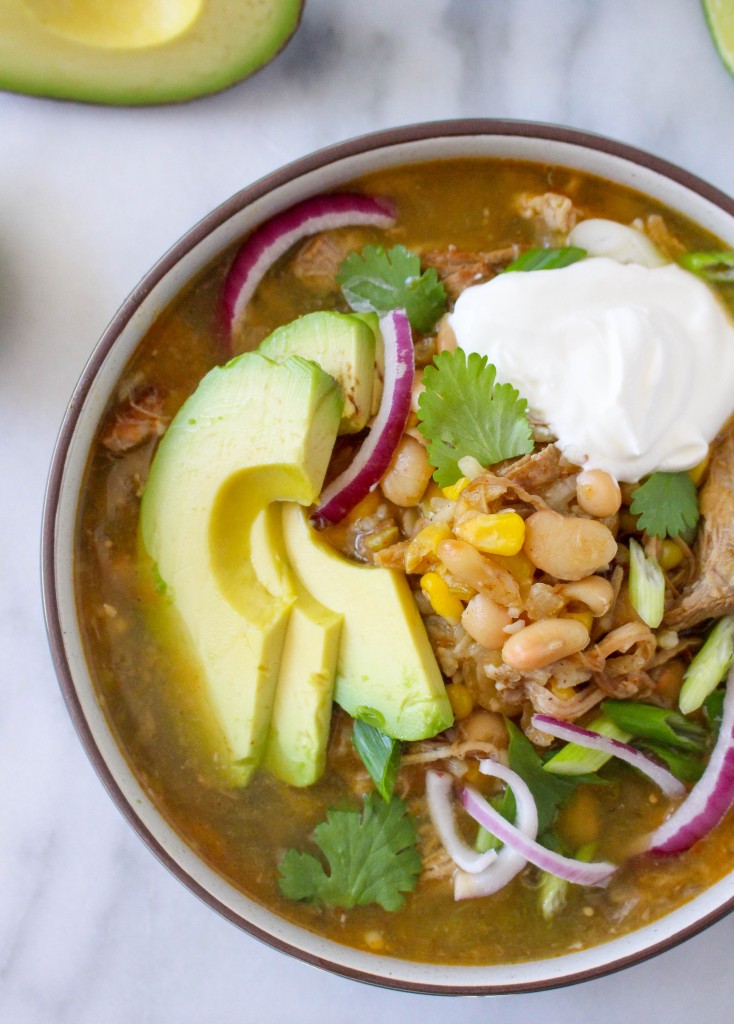 I know I went on and on about that pork last time, and it was totally warranted, but I’ll skip all the hubbabaloo today. You’ve already heard it. Instead, I’ll focus on what that pork can turn into once you’ve overdosed on those incredible tacos. I am a huge fan of meals that can do double duty. Especially when they are a little labor intensive. The mojo pork isn’t difficult at all to pull off, but it sure takes some time and patience (two things I lack). So, when I invest that much time into something, you better believe I’m going to make sure that we eat every last morsel of it.

The only problem? Dan and I aren’t huge leftovers people. I know. We suck. While I am always trying to meal plan with leftovers in mind (because, let’s face it: we’re both working professionals with a little one running around. Not having to cook every night is a godsend), when it comes time to actually eating them, we aren’t always that enthusiastic. Sometimes we eat it anyway. Sometimes we munch on other things around the house instead. Sometimes we order a pizza (um, I totally did that last night). At the end of the week, though, there is always something that gets tossed in the trash because we didn’t eat it three nights prior like I had planned. We’re working on it. 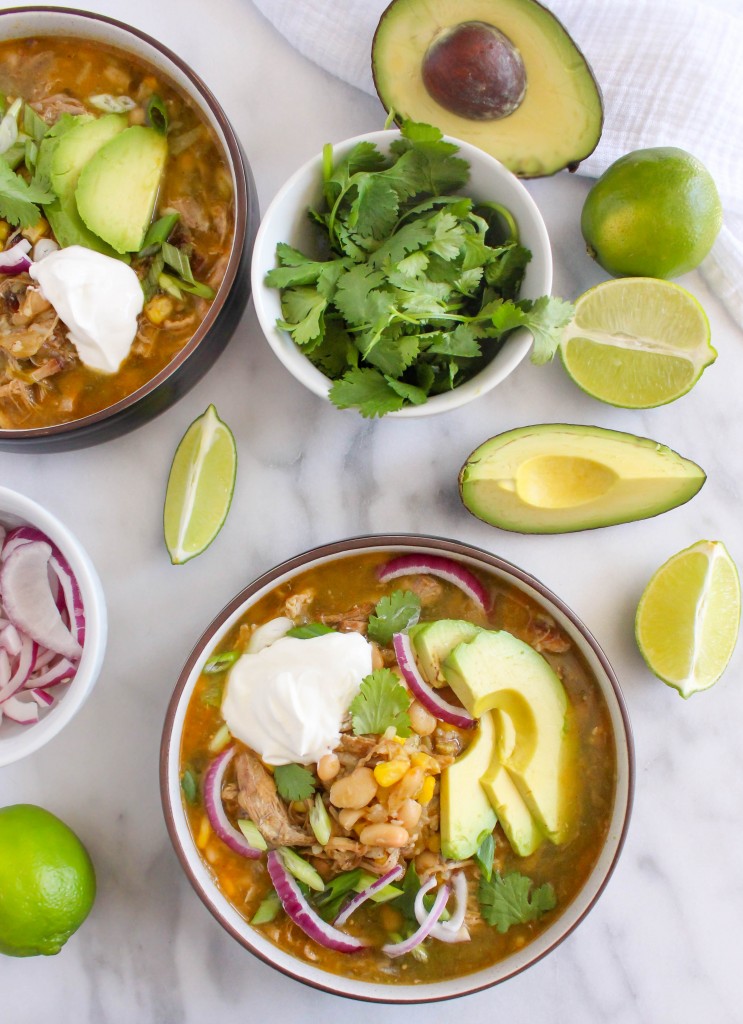 This chili was definitely the answer to the copious amounts of pork left in our fridge after the tacos had come and gone. I had a hankering for soup (as I often do), had tons of pork left over, and all the ingredients to throw together a pot of pork chili. Meant to be. The only thing? I wasn’t in the mood for red chili. I wanted something a little less…potent. I was thinking white chili. Then I spotted the large bottle of salsa verde in my pantry. No, even better! I wanted chili verde! 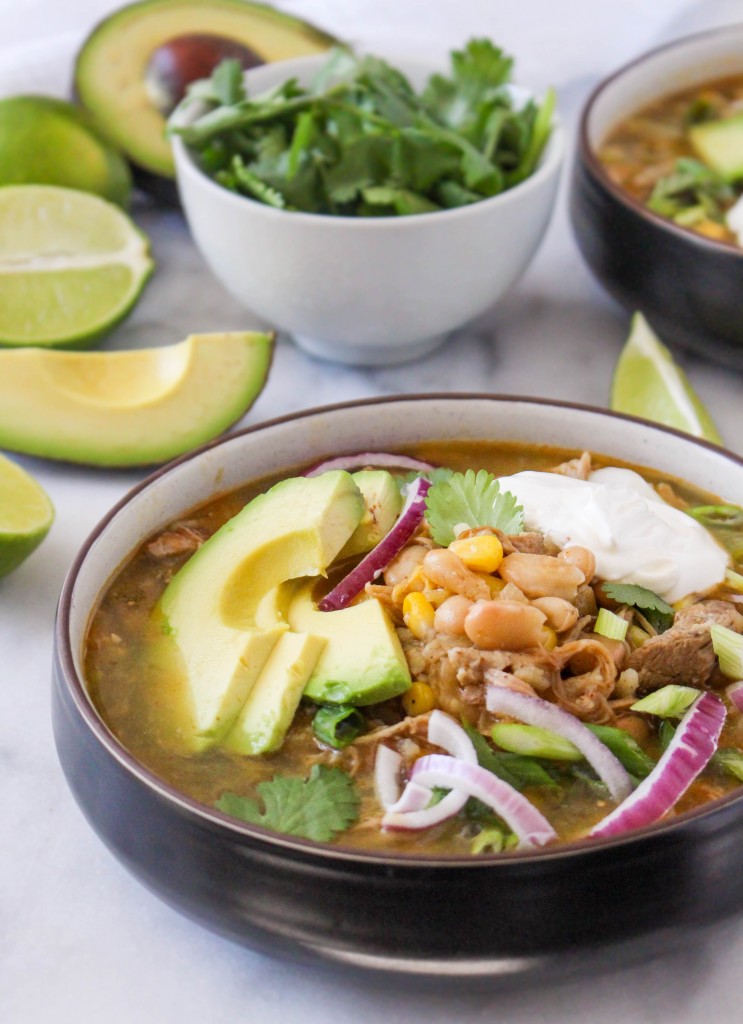 This meal came together in 20 minutes. Yes, it simmered for a bit longer, but the actual active cook time is like 20 minutes or less. And the result tastes like you’ve been cooking for hours! Which, I guess, you really did considering that pork took over a day to make. But still! Throw everything together in a pot and you’ve got dinner a half hour later. Gotta love that.

Chili verde is so freaking dang good. How’s that for a high class description? But it is! It’s meaty and hearty, but full of tang and freshness from the salsa verde. You’ve even got a little bit of creamy comfort going on with the beans. This was definitely a “throw everything from the fridge/pantry into a pot and cross your fingers” type of recipe for me, but man, did it turn out. 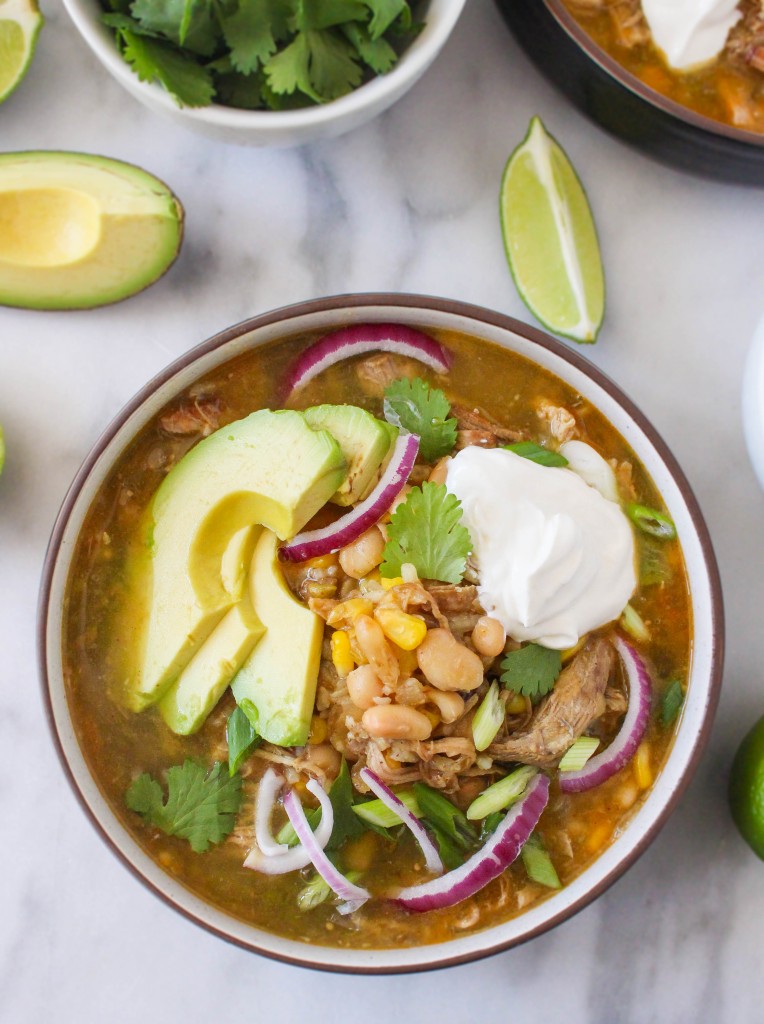 I’ve talked about this many times before, but I think the real reason I love certain soups and stews so much is because you can top with them a bajillion things. Chili is definitely one of those soups. I’m all about the buttery avocado, fresh herbs, sharp red onion, creamy sour cream, hot sauce, and lime juice. Throw in some crushed tortilla chips or grated cheese and I’m done for. Heaven in a bowl. 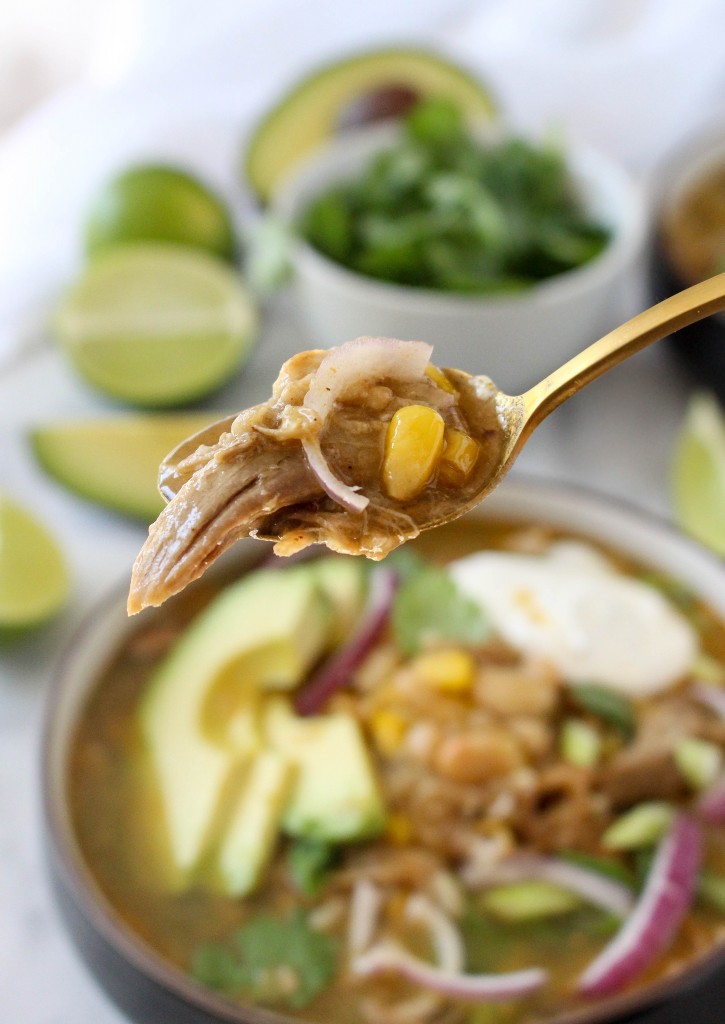 Yeah, that is one bowl of leftovers I could definitely get behind for days on end.