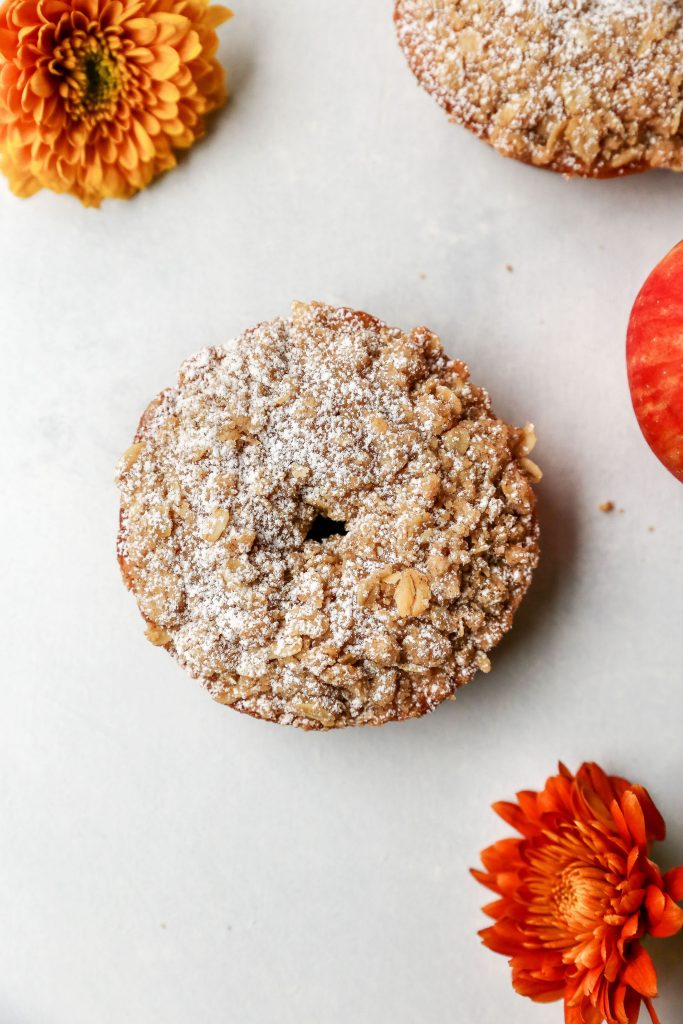 Is there anything better than a warm apple cider donut this time of year?

All of our local farm stand sell them, along with an array of other tempting baked goods and pastries, and every time I’m there, I have to buy one. I’m usually buying it alongside a bounty of fresh fruit and veggies, though. They totally cancel each other out. Right?

Apple cider donuts are such a special treat and only available in September and October. And while I wish I could enjoy them year round, I do like how their limited availability makes them feel special. The feeling I get when I see them set out for the first time each fall can only be described as how a kid feels on Christmas morning. Completely elated. That’s what food does to me! 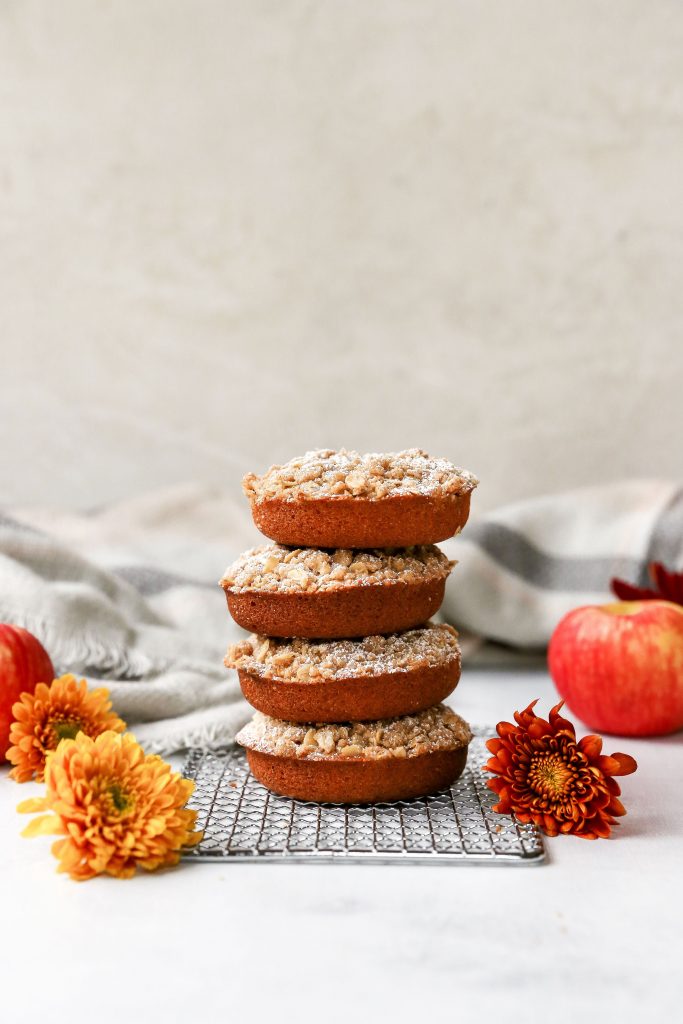 They’re sweet and apple-y and usually coated in cinnamon sugar. If you happen to snag one fresh, they are warm and fluffy and pretty much a piece of pure heaven.

So, with all that said, you KNEW I had to create my own version at home.

Since I loathe deep frying at home and only break it out for special occasions, I knew I wanted these to be a baked donut. I’ve had success with baked donuts in the past, and I was confident I could come up with something that was reminiscent of the fried versions I love so much from the farm stand. 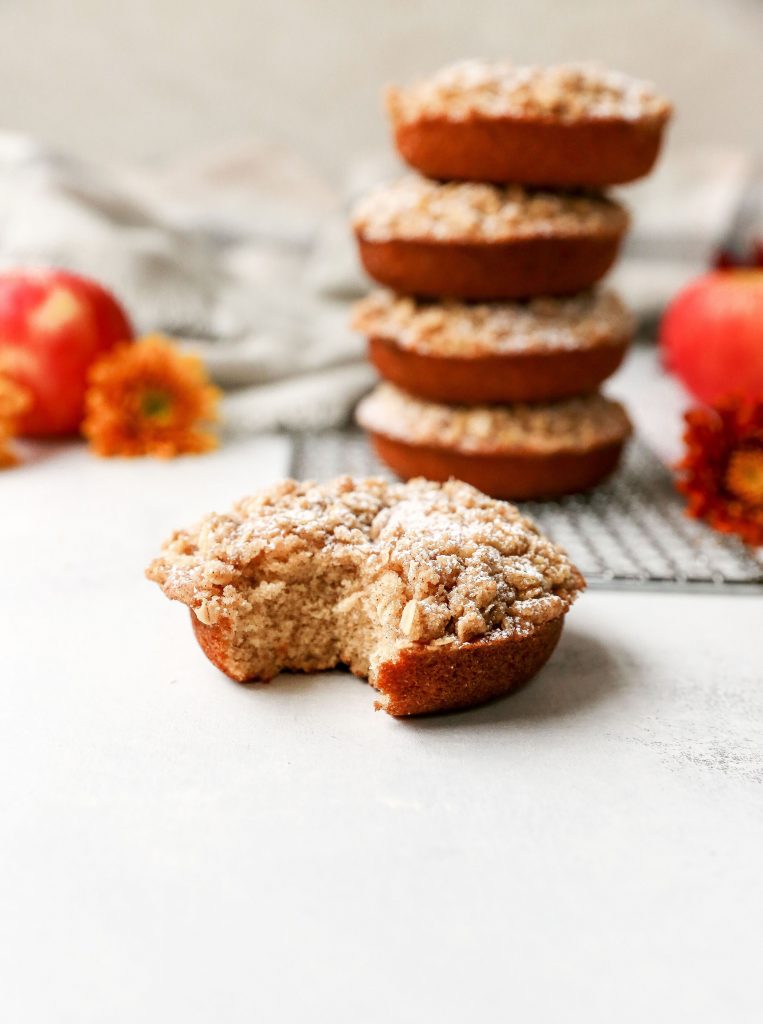 I also knew that I wanted to make them with a twist. Of course, right? Since when can I leave well enough alone?

So! I made a spiced and sweet crumb topping for the donuts, and I have to say, they might just make them. Well, that and the grated fresh apples inside. I know actual apples are not at all traditional in an apple cider donut and you CAN leave them out if you want, but I have to say, they add awesome flavor to these donuts. When the donuts bake, the apples get super soft and sort of just melt into the batter. Meaning, you won’t really know they’re there, but you can TASTE them. 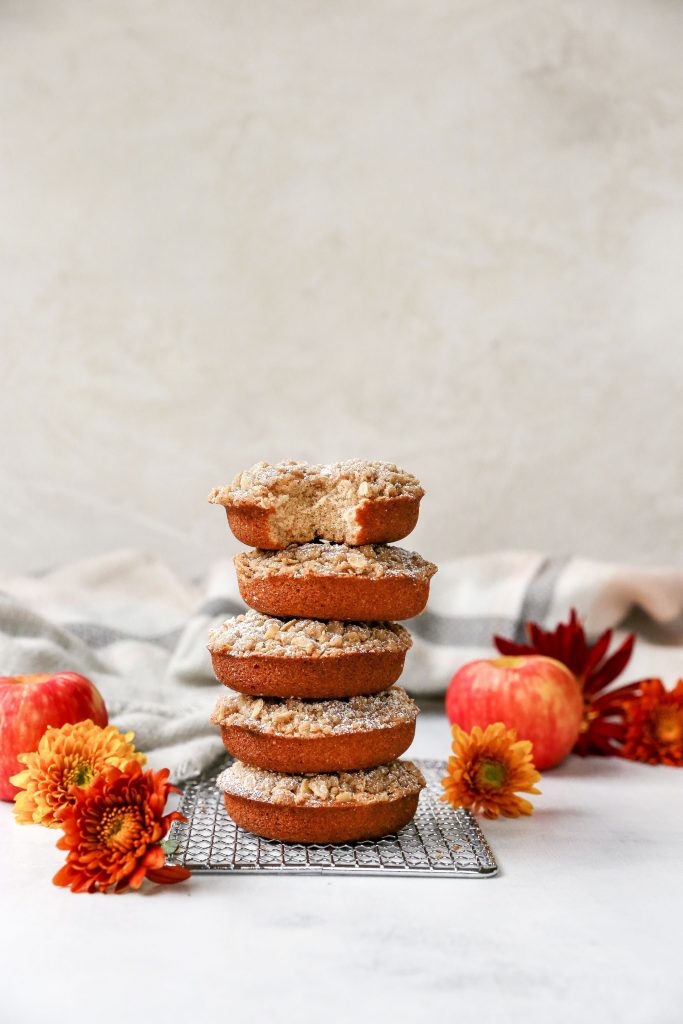 Oh, and I’m speaking from experience here when I say that you can make these ahead. They are, of course, best enjoyed fresh and warm soon after they are baked, but I can attest to the fact that they are still fabulous warmed up in the oven or microwave.

Alongside a cup of hot coffee. While sitting out on a back porch on a cool October morning. Wrapped in a cozy sweater. 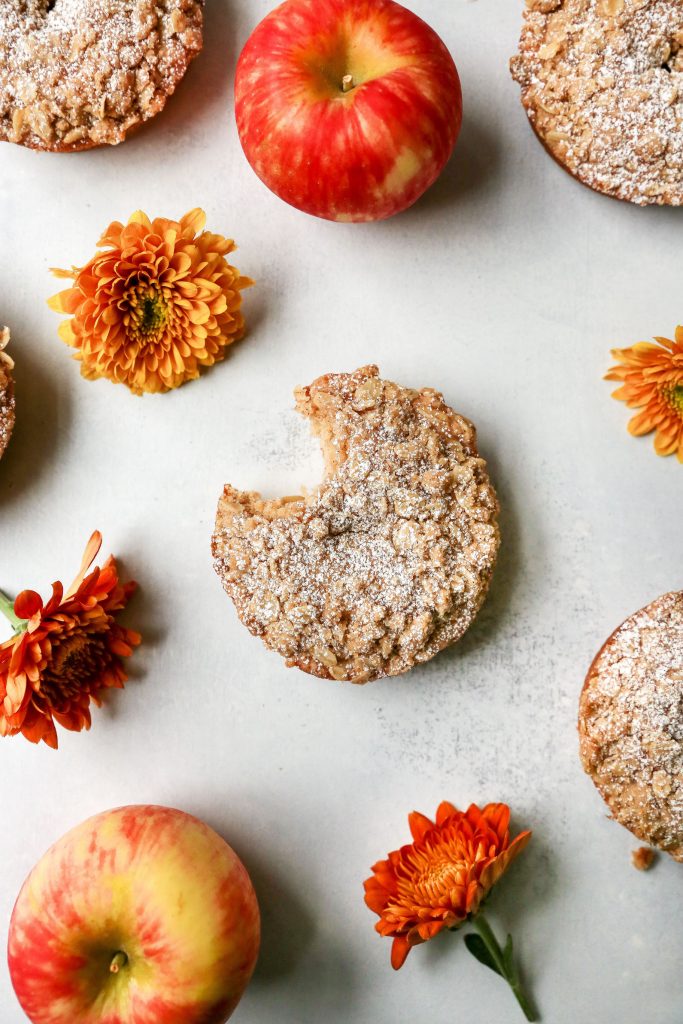 These homemade apple cider crumb donuts are baked and not fried and topped with a spiced crumb mixture that make them something special. These donuts are a taste of fall! 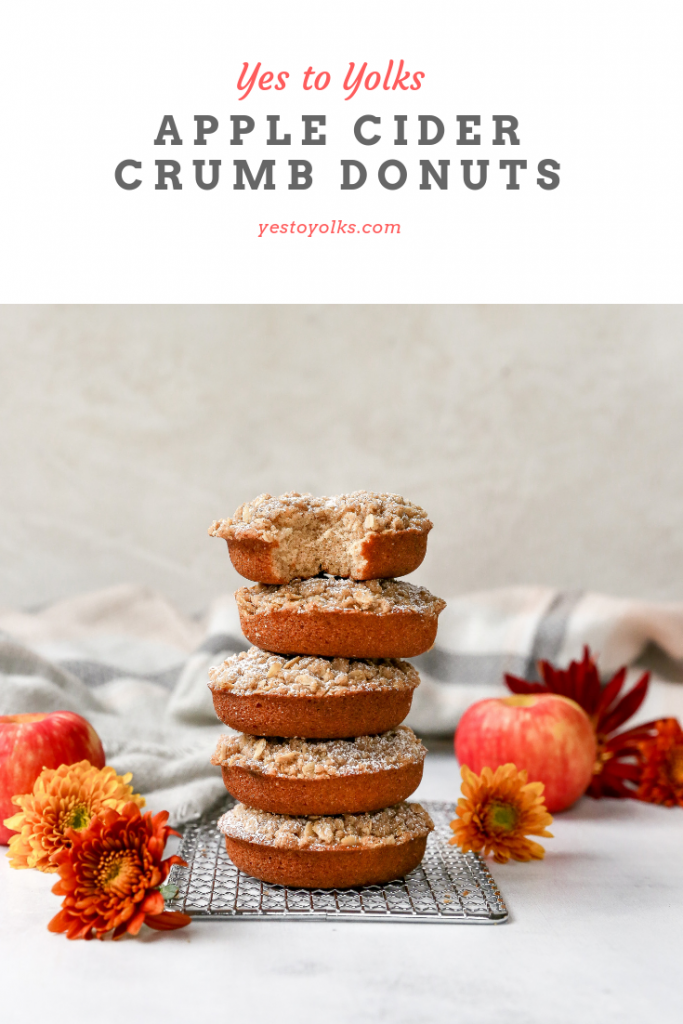