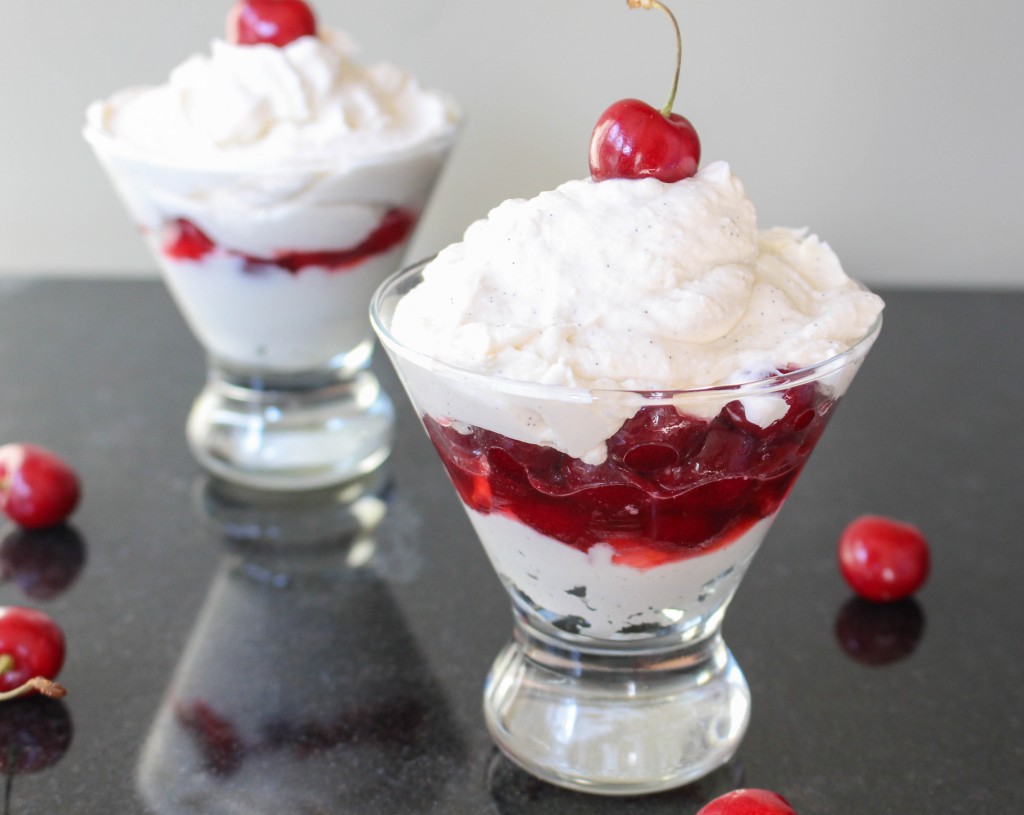 We officially “lost” our kitchen yesterday. It’s been gutted. It is still up in the air when we’ll have a functioning space again. Whimper.

My hope is that I’ll still be able to provide recipes to you all throughout the renovation, but I may have to take a break at some point. Lots of no-cook meals are in my future! I promise I’ll only share the exciting ones. 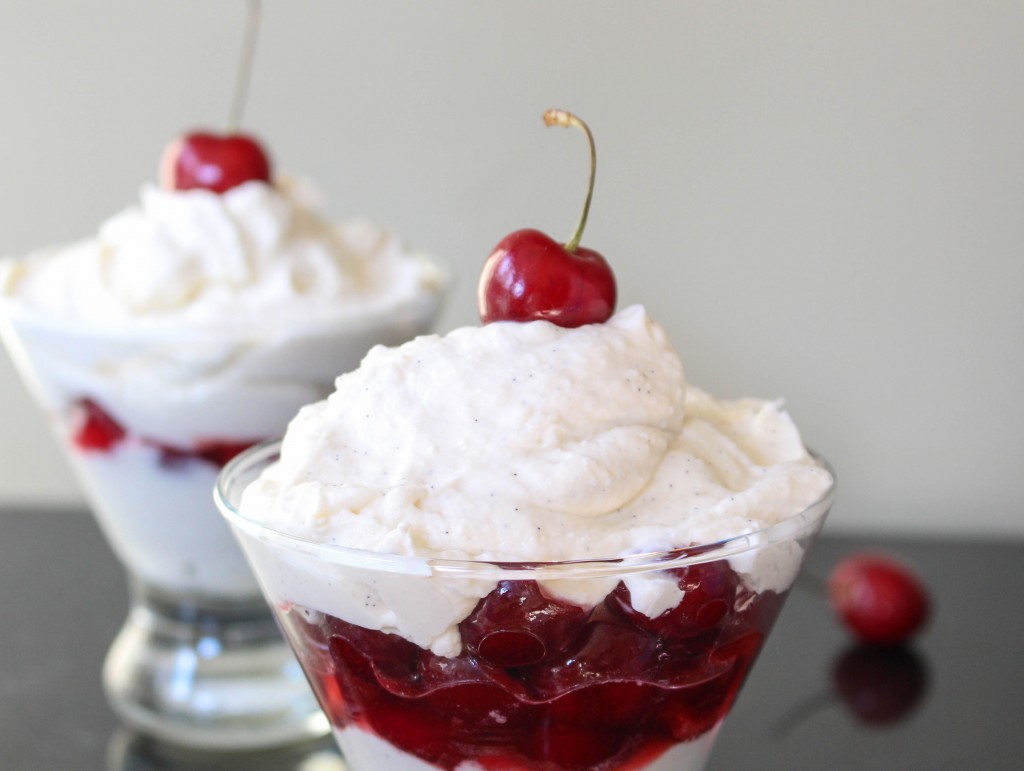 This dessert is definitely an exciting one. I actually made it BEFORE we lost the kitchen, but I could make it again in the coming weeks because there is ZERO cooking involved. It’s a cinch to put together, but it tastes (and is!) decadent and fancy and all that jazz. 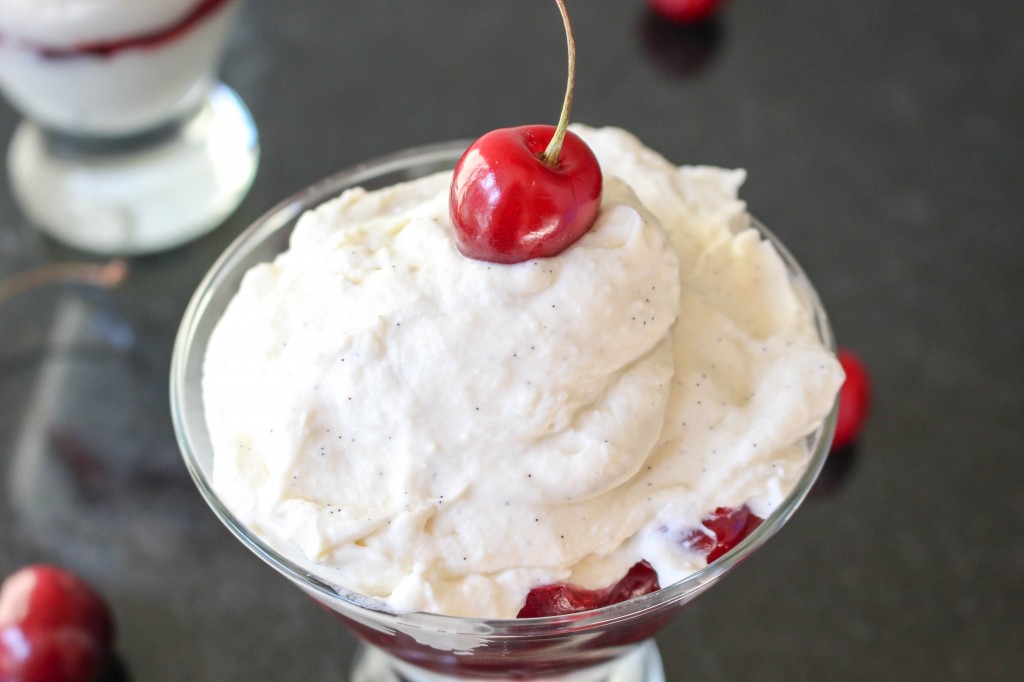 I had some leftover ricotta and mascarpone lingering in the fridge from another recipe I’ll be sharing soon, and I didn’t want to see them spoil. So, I decided to make a dessert mousse out of them! Using a handheld mixer, I whipped the hell out of the cheeses until they were super light and fluffy, and then folded in pillowy whipped cream and lots of vanilla bean paste. The result was heavenly. The mousse kinda tastes like vanilla bean ice cream but with the mouth feel of something much lighter…like a thick Greek yogurt. 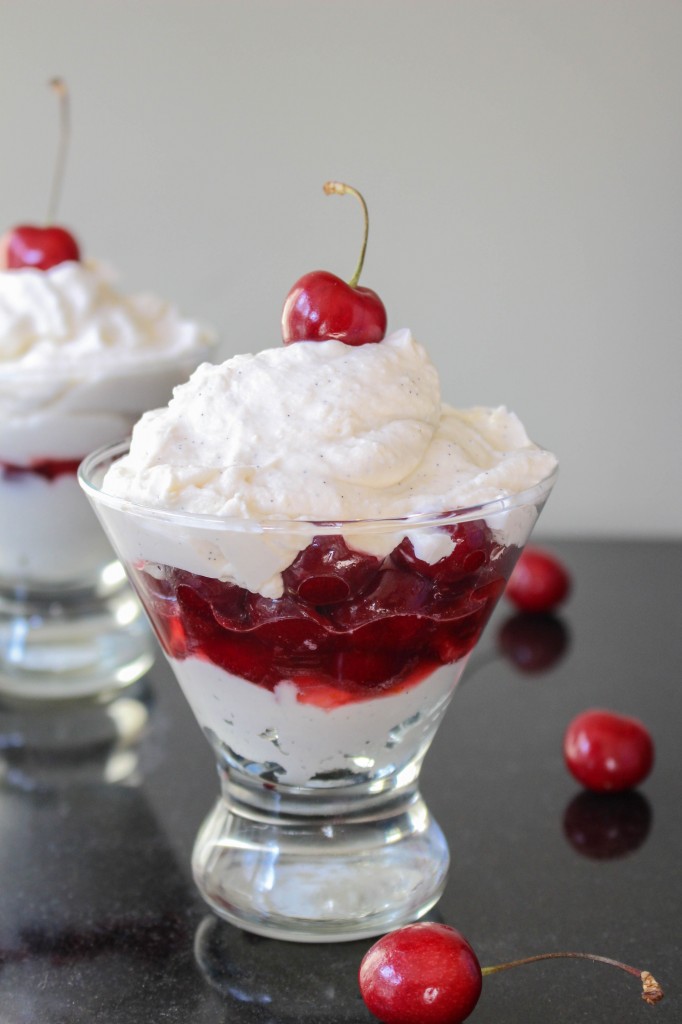 I knew I wanted to lighten up the creaminess of the mousse with some sort of fruit component, and I had a bag of cherries on hand. Such a treat! I let the cherries soak in some sugar and lemon juice (also known as “macerating,” which I think sounds rather gruesome) on the counter for a little bit, and it took every ounce of self control to not devour the entire bowl with a spoon. SO GOOD. They tasted like straight-up cherry lemonade. Their sweet but acidic bite was PERFECT with the richness of the mousse.

This is the perfect summer dessert. Cherries are highlighted and there really is no fuss involved. It’s also a CHILLED dessert, which is essential in the heat. 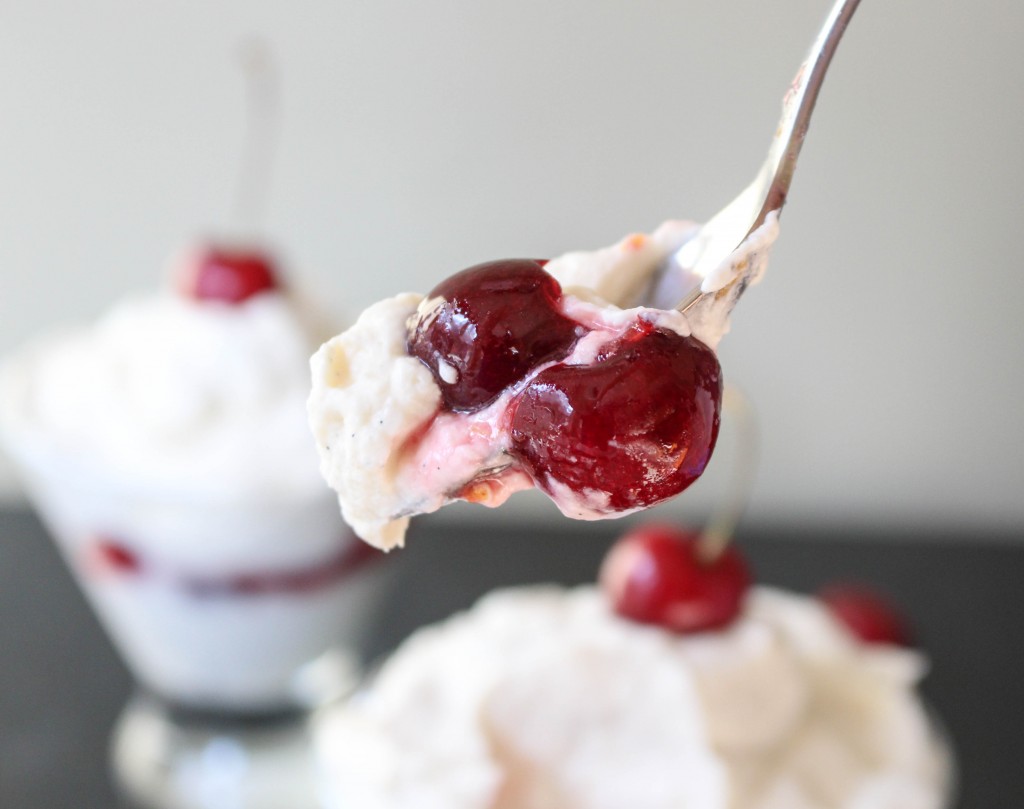 If this is where my no-cook meals are headed, I’m feeling pretty good.

Zest and juice of 1 lemon

For the Mousse: Using a handheld blender (or food processor), whip the ricotta, mascarpone, powdered sugar, and vanilla bean paste together until smooth and fluffy. In another bowl, whip the cream until soft peaks form. Gently fold the whipped cream into the ricotta mixture until combined. Cover and refrigerate for at least 30 minutes.

For the Cherries: Combine the cherries, sugar, lemon juice/zest, and salt in a bowl and toss to combine. Allow the cherries to sit at room temperature for at least 30 minutes.