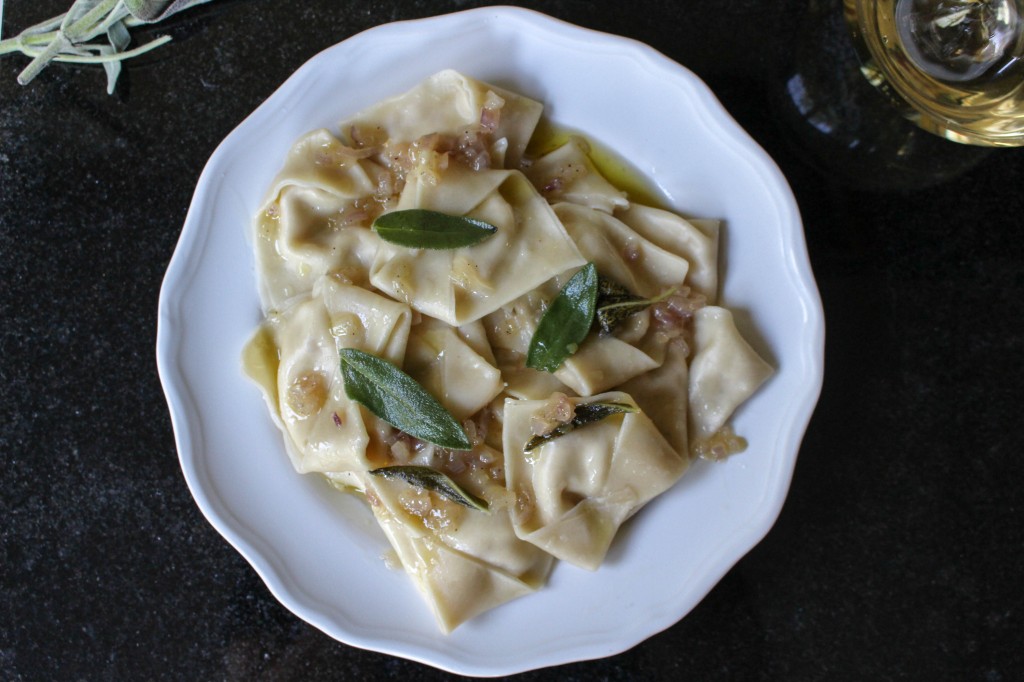 How was everyone’s holiday weekend? I hope you grilled your little hearts out and enjoyed the extra day of downtime. We sure did.

Prior to the holiday and losing our kitchen to a renovation last week, I made some ravioli. I had a sudden craving for fall flavors (so weird…I also can’t stop thinking about butternut squash soup as of late) and knew exactly how to remedy it. I know these flavors are kinda unseasonal, but they are really, really delicious. Pasta is ALWAYS in season, but the pear and warm spices might take this into the inappropriate-for-this-time-of-year zone. I’m OK with it. 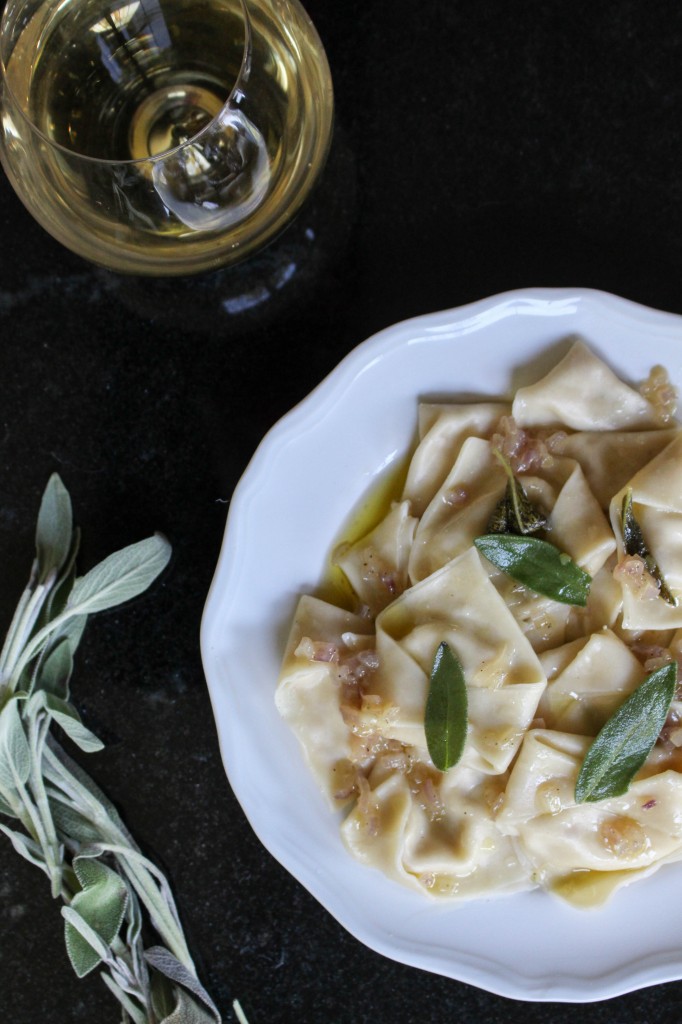 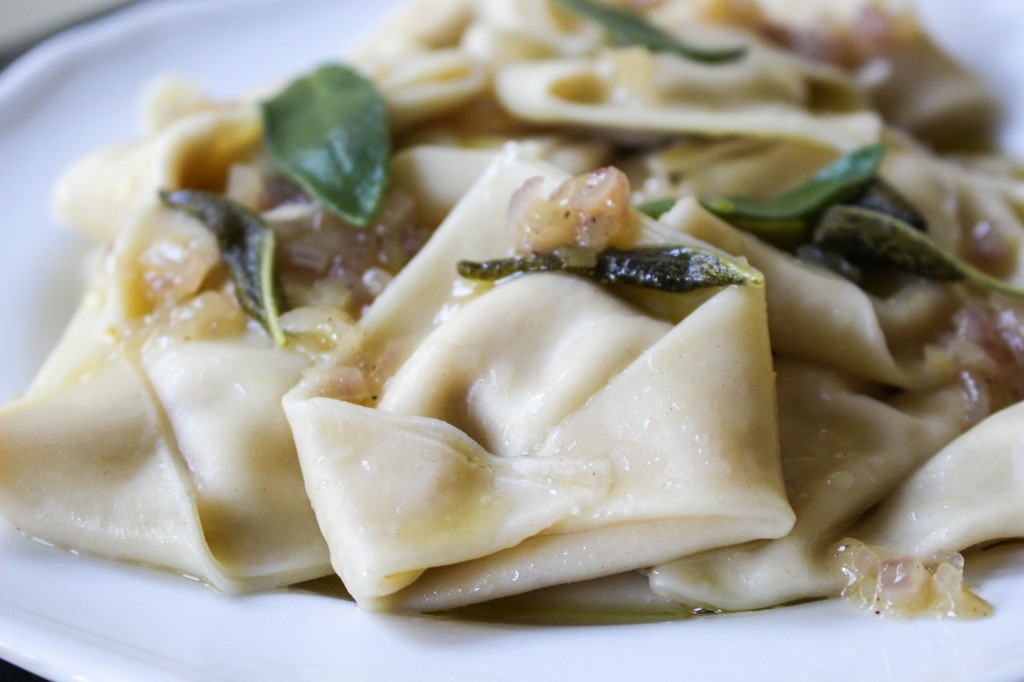 I’ve talked about making raviolis with wonton wrappers before, so I won’t bore you with it again…except to reiterate how EASY they make things. It takes the intimidation factor down a few pegs. Try them out! You may never feel the need to make homemade pasta again. 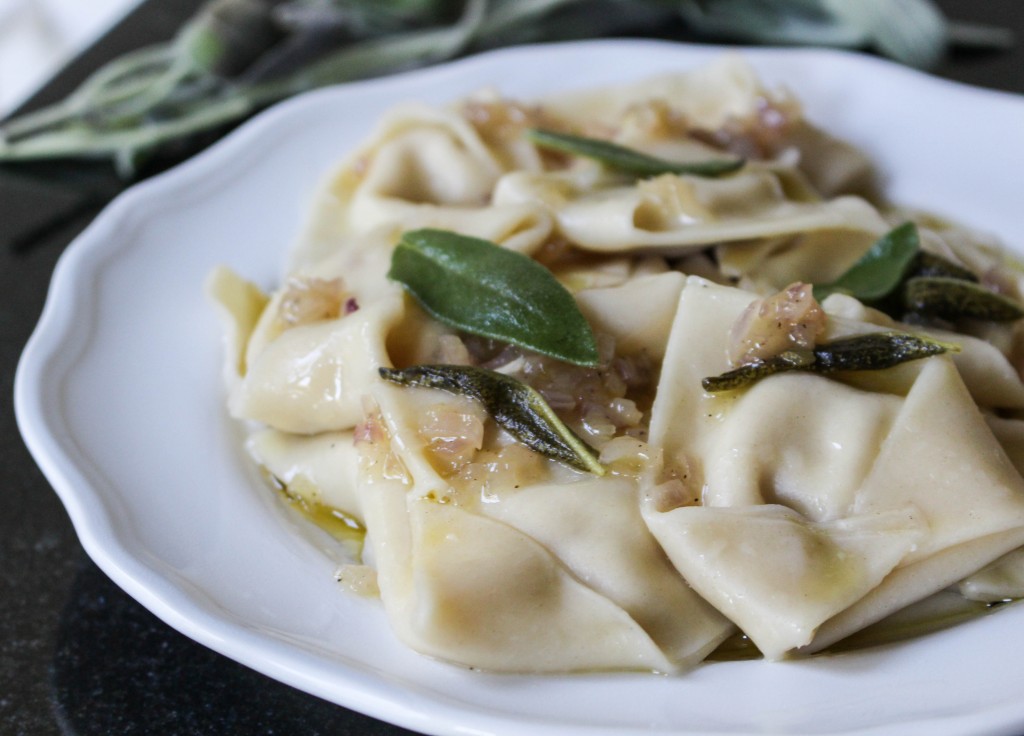 These ravioli cook up tender and fluffy and full of comforting flavors. The sauce, despite being made up almost entirely of BUTTER, is light and delicate. The flavors of sage, cinnamon, and pear just belong together. 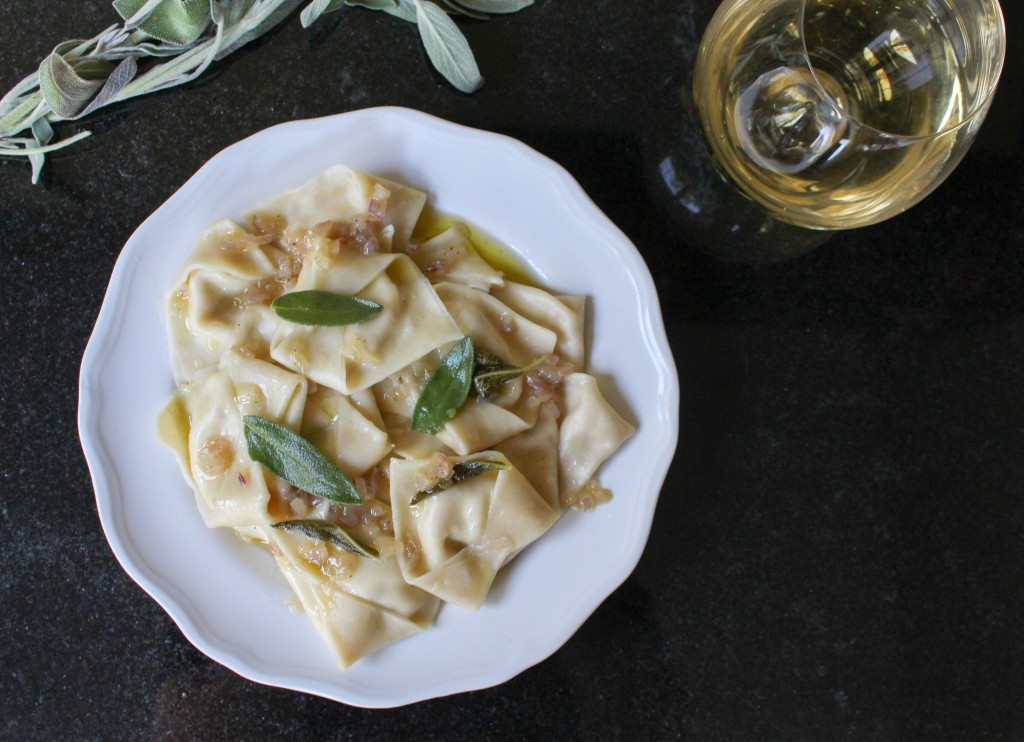 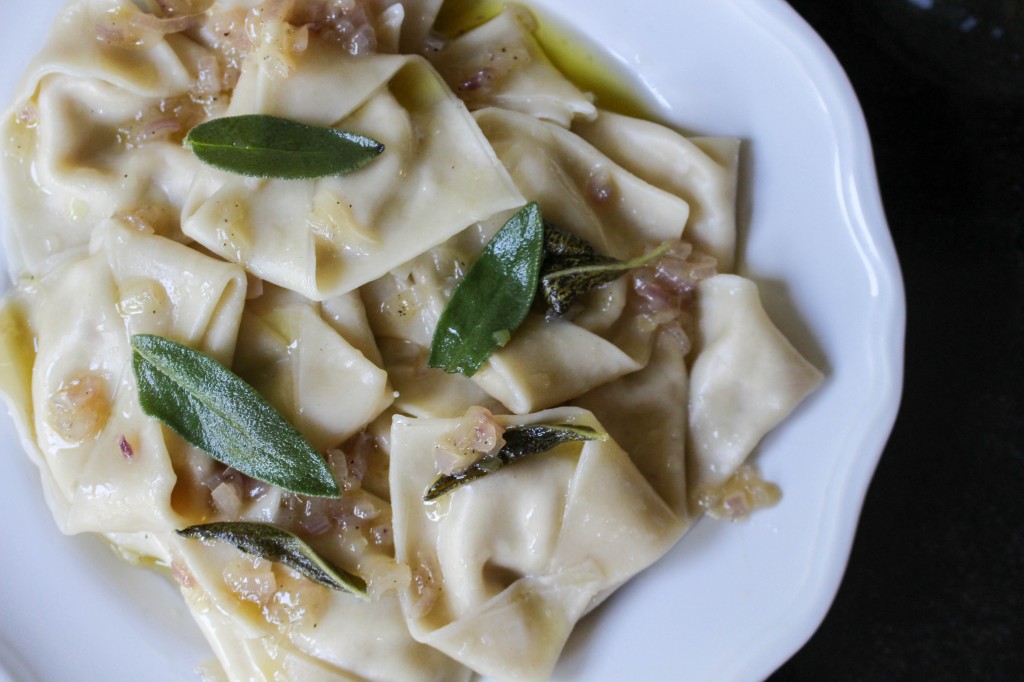 1. Finely chop the pears (or grate on a box grater). Add the pears to a skillet drizzled lightly with olive oil and sprinkle with the spices. Cook until softened, about 5 minutes. Remove from heat and allow to cool.

2. Combine the pears with the cheeses and season with salt and pepper. Fill each wonton wrapper with a heaping teaspoon of the filling, sealing the edges with the egg wash. Place formed ravioli on a parchment-lined baking sheet.***

3. Cook the ravioli in gently simmering salted water until they float and become translucent, about 2 minutes.

While the ravioli are cooking, make the sauce by melting the butter over medium-low heat in a skillet. Stir or swirl the butter in the pan frequently. As soon as the edges of the butter start to turn golden brown, reduce the heat to very low and add in the shallot, sage, and sugar. Cook for 1 minute. Season, to taste, with salt and pepper.

Toss the cooked raviolis in the butter sauce and serve immediately with additional grated cheese, if desired.

***Note: If freezing for later use, place formed raviolis in freezer on the baking sheet, place in freezer, and then transfer the raviolis to a sealed plastic bag once frozen. I often cook what I need for a couple servings and freeze the rest. Cook frozen ravioli using the same method noted above (maybe for 30 seconds longer).