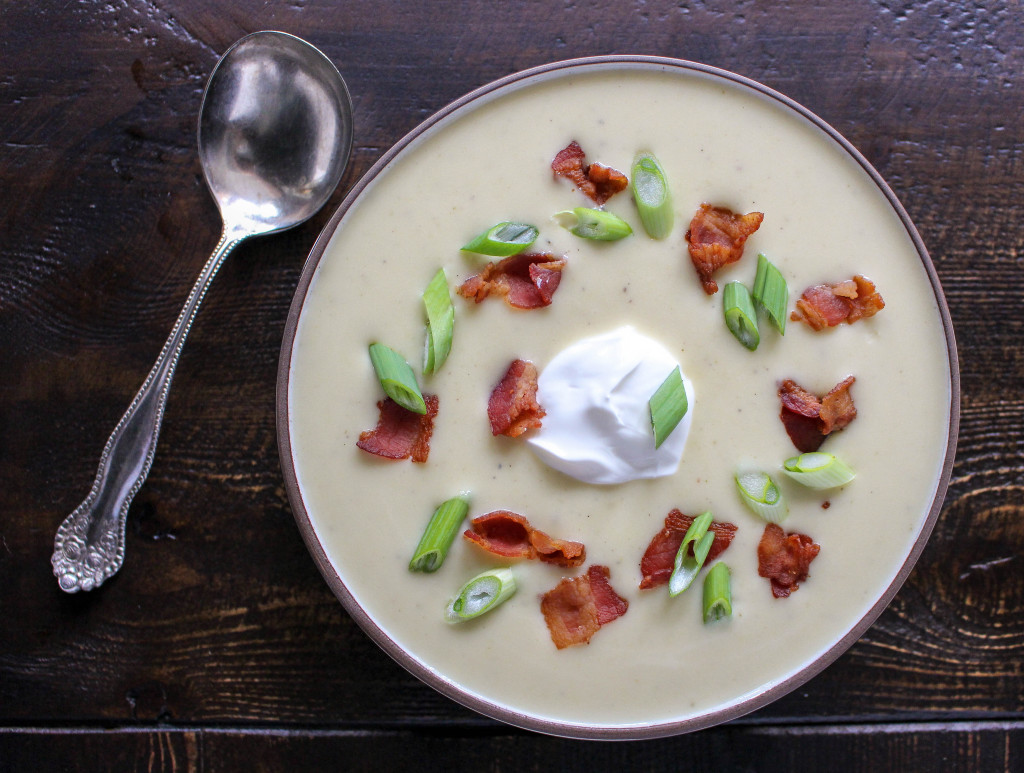 You know how I’ve said many times over that my husband isn’t a huge fan of soup? (Yeah, I know. Given my full-blown obsession, I don’t get how we exist so happily together either.)

Well, things changed a few weeks ago when I got an intense craving for a creamy bowl of comfort. He was temporarily transformed into a soup fan. 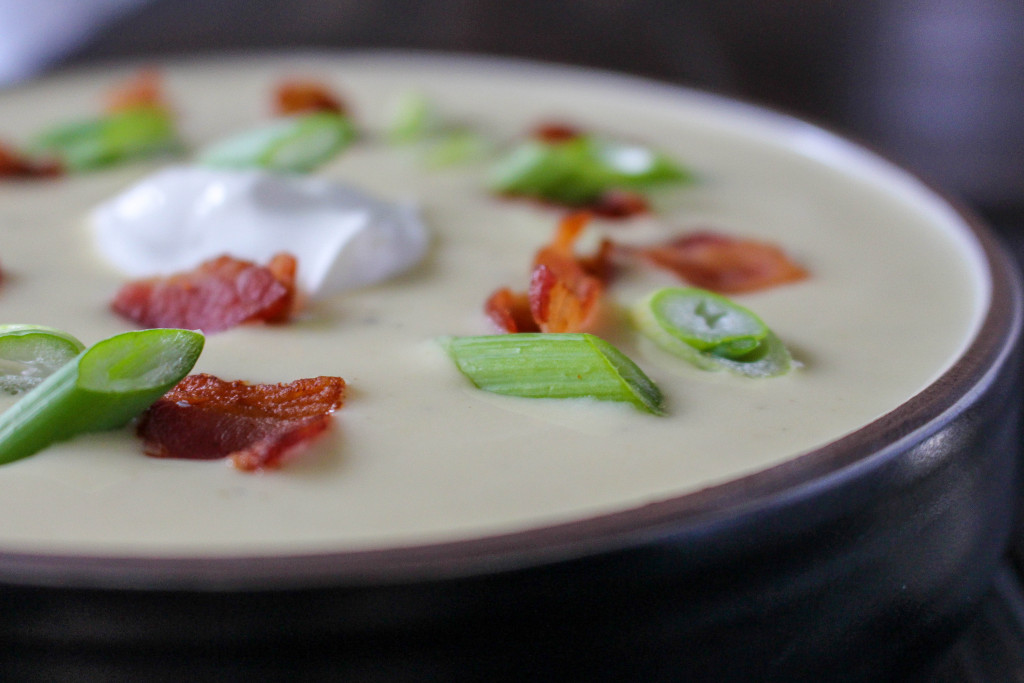 It was like the arctic outside (still is), my feet couldn’t seem to get warm (still a struggle), and I had had a particularly long and tiring few days of work (we’ve all been there). Plus, my darling sleep-through-the-night baby suddenly flipped the script on us and reverted to a newborn sleeping schedule (we’re still dealing with this sleeping regression). I was desperate for something hot and soothing, and I needed to pull it together quickly because a nursing baby is only content for so long. Soup was in order. Unfortunately, so was a much-needed trip to the grocery store. While we’re still working our way through my freezer of soup (thanks to the nesting instinct for that), I hadn’t planned well enough to have something defrosting for dinner that night. Since I couldn’t get the idea of soup out of my head, I had to improvise with what I had on hand.

Languishing away in the dark corner of my pantry were some potatoes. My supply of garlic bulbs was overflowing, as it usually is (it’s the one thing I fear I never have when making a list for the store. I use it in everything). In the fridge was a carton of milk that was on its last legs and a few leeks that I hadn’t figured out how I wanted to use yet. And there was a package of bacon just begging to be crisped up and sprinkled on top of SOMETHING. 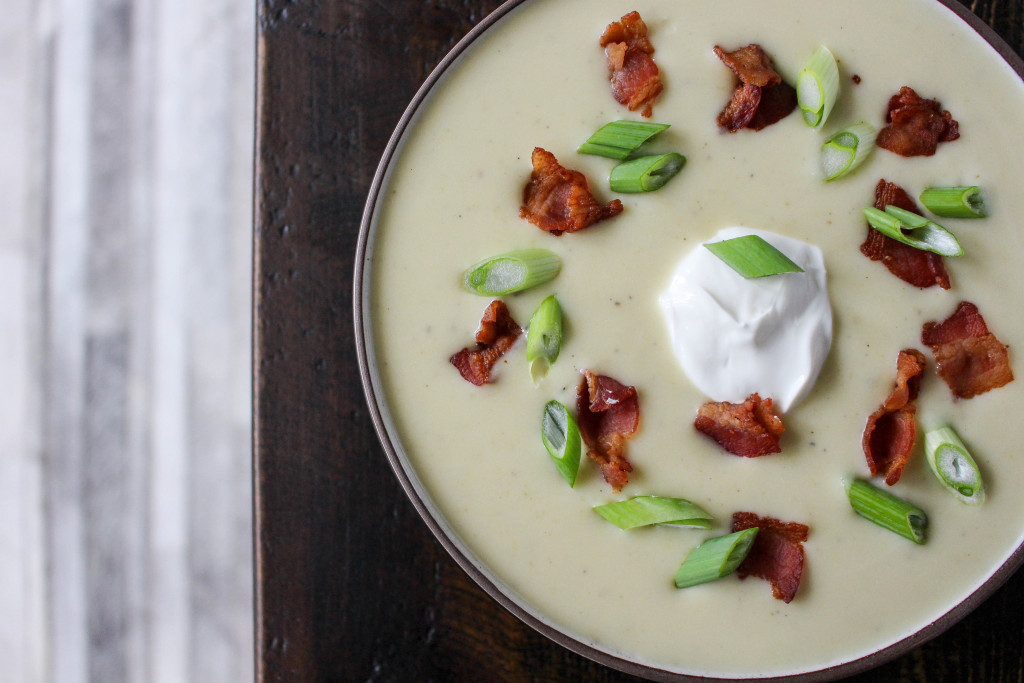 That’s how this silky potato soup was born. And how I may have swayed my husband into the pro-soup corner. Albeit momentarily. Once the pot of soup was gone a few days later, he went back to rejecting soup as a “real meal” despite his enthusiasm at having this one for dinner several nights in a row (with no accompaniments, mind you). He even texted me while at work one day to make sure we still had some left. I’ll take what I can get.

He was a fan for good reason. This soup is not only loaded with delicious leek and garlic flavor, but it’s BEYOND creamy from using Yukon Gold potatoes. The use of skim milk (with only a touch of cream) keeps this soup lighter than many potato soups. That doesn’t translate to light on flavor OR texture, though! I promise. The skim milk balances out the starch of the potatoes perfectly here. We didn’t miss the extra fat at all. The texture was absolutely…luxurious (at the risk of sounding dramatic), and the sweetness of sautéed leeks and garlic permeated the whole thing like a dream. 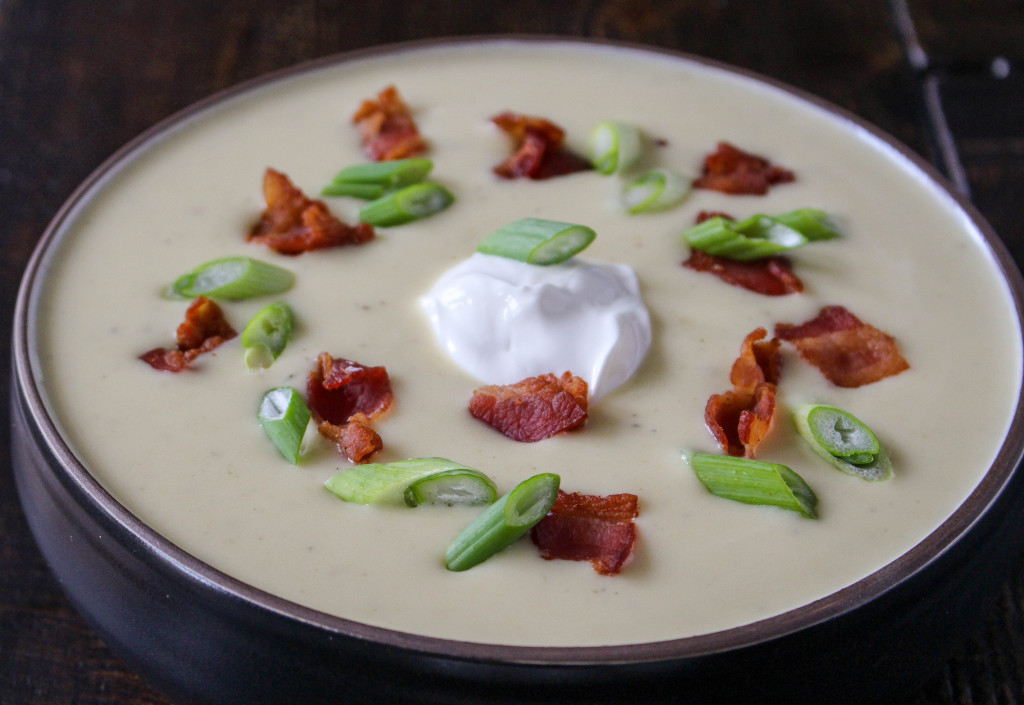 Creamy soups like this call for toppings. Toppings with texture. Along with the aforementioned crispy bacon, I added chopped scallions and a healthy dollop of sour cream to my bowl. My husband did the same with the addition of shredded cheddar cheese. He described it as “garlicky loaded potato soup from heaven…with bacon.”

We definitely agree on that. This was one of the best last-minute-throw-it-in-a-pot meals I’ve made. And I’m thinking I may have to do it again soon. 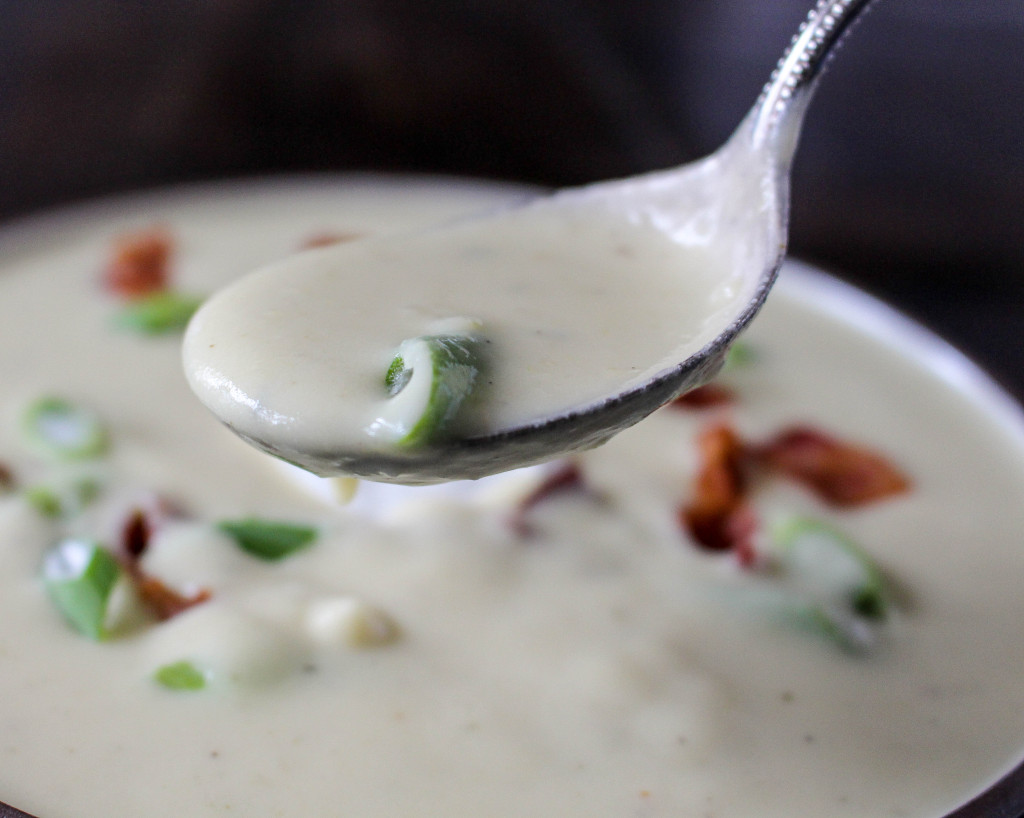