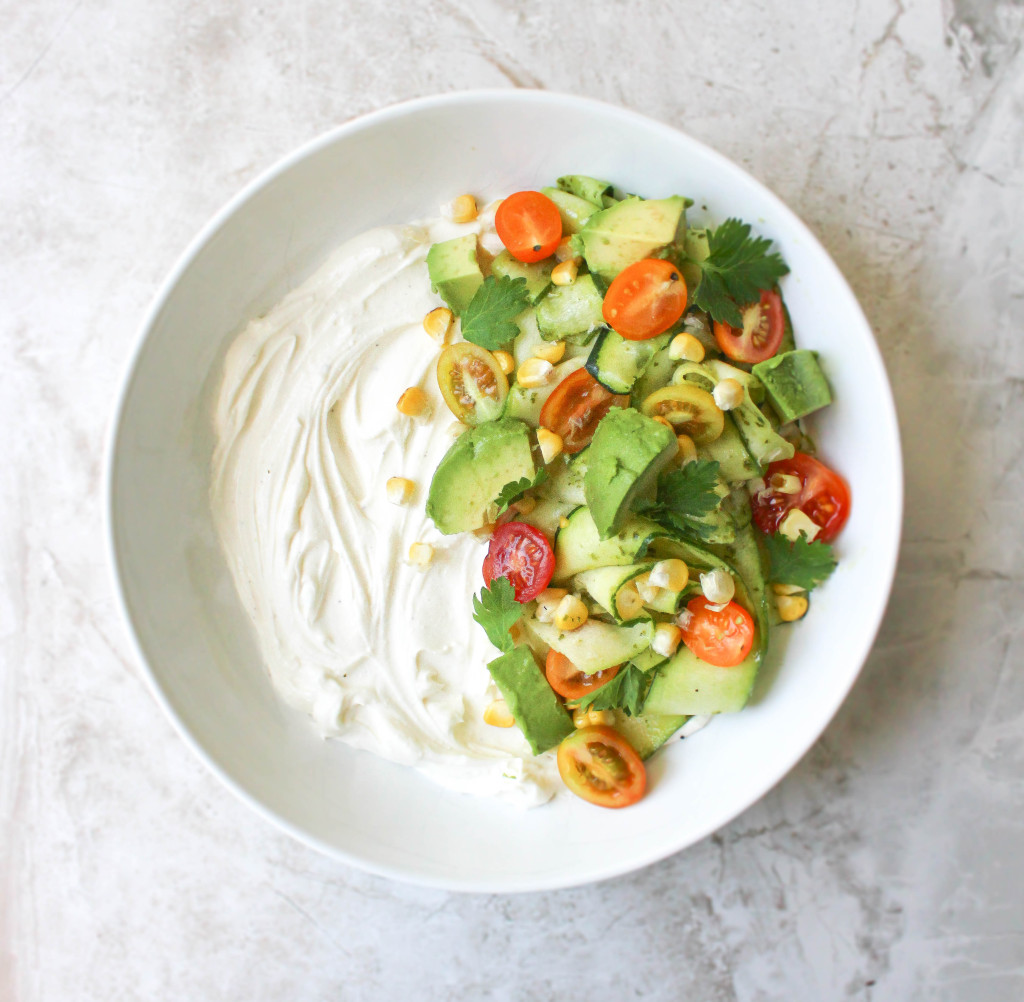 Can we pretend that it’s officially summer? I know it already feels that way, but it TECHNICALLY doesn’t start for another couple weeks. So yes, let’s just pretend.

This meal is so summer. I’m going to be obnoxious and declare it to be one of the summeriest of summery meals. The EPITOME of summery food. See? Obnoxious. 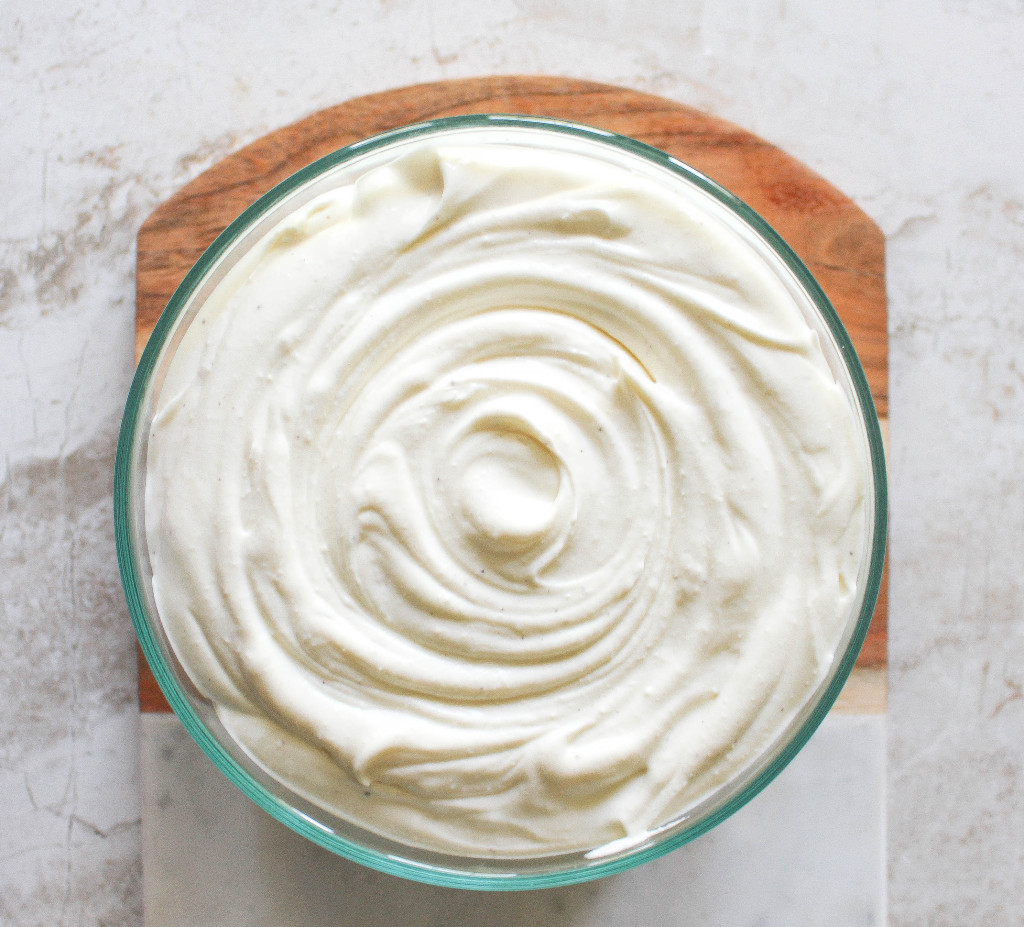 But in this case, it’s totally true! This dish (salad? It’s kind of a salad…but not really) starts out with one of my most favorite and most often made things: whipped cheese. I’ve shared it with you a couple times already here and here. I’m taking those two versions and COMBINING them this time around. Say what? Yes. Whipped ricotta and whipped feta are makin’ a baby! And we’re going to eat it. (Sorry.) 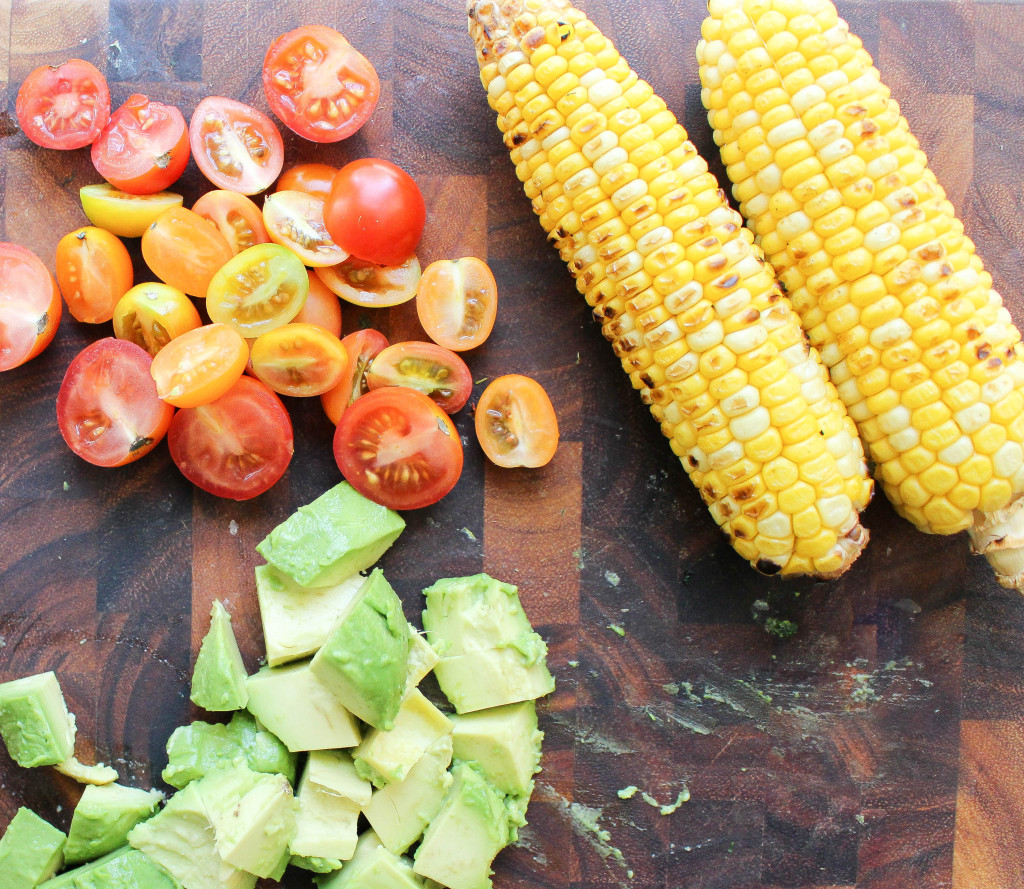 Whipped feta-ricotta is full of fabulousness. It’s tangy and super flavorful all while being light and pillowy and lovely. It is a slam dunk cheese situation, and it can be served a million and one ways. This just happens to be my current favorite. 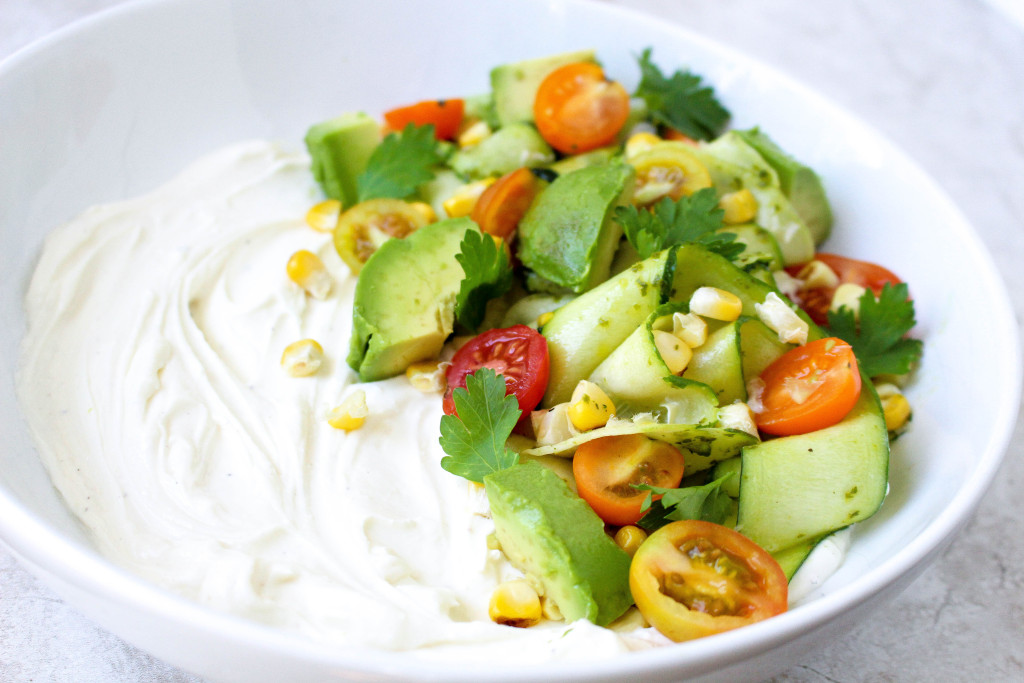 We start out with a dollop (be generous) of the fluffy cheese masterpiece and top it with a combo of raw and grilled summer veggies tossed in a light and herby vinaigrette. THEN! To make matters even more heavenly, we’re going to dunk thick hunks of grilled sourdough bread into said cheese/veggies. We’re going to dip and dunk like it’s going out of style. I wish I could say that the cheese is the star of this dish. Or the veggies. But really, for me, it’s all about the grilled bread. I went on and on about this obsession last summer, and it doesn’t seem to have faltered over the long winter. GRILLED BREAD MAKES EVERYTHING BETTER. 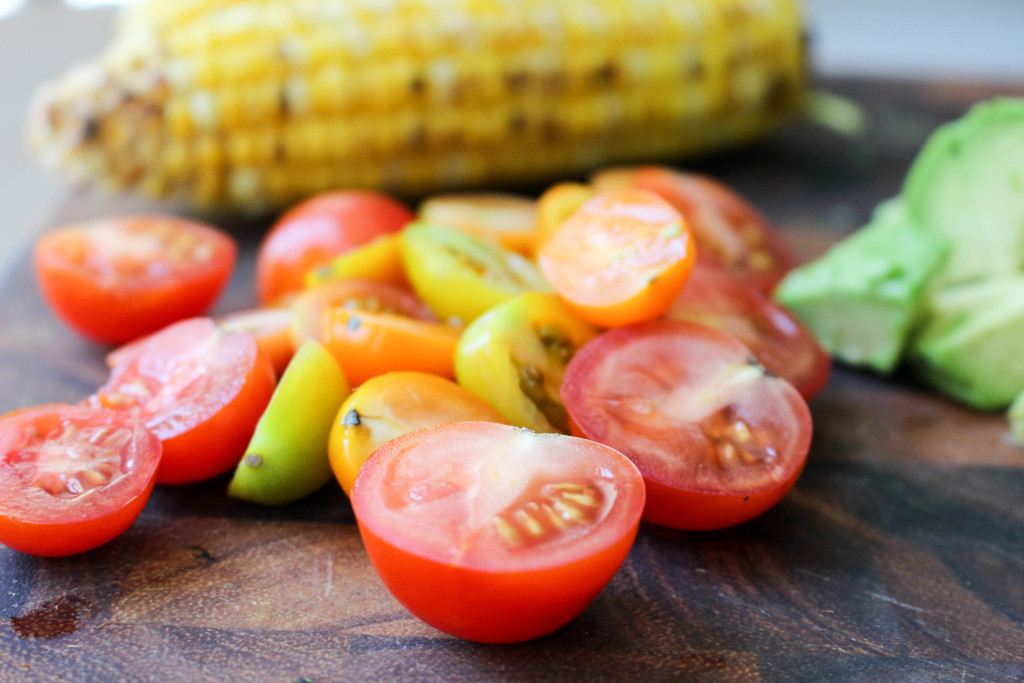 And now I’m going to contradict myself. Because, really, every component of this dish is incredible. The cheese. The thinly shaved zucchini and grilled corn. The buttery avocado. The bright tomatoes. And that chimichurri. Goodness, is it delish.

Chimichurri is probably my most favorite sauce to put on steaks or grilled chicken. It is so fresh and bright and acidic and wonderful. This version is a slightly thinner version of the classic so we can maximize its drizzle effect. You can add as much or as little as you like. I’m a bit heavy handed with vinaigrettes like this because I can’t get enough of the almost pickly flavor it adds. It cuts through the richness of the cheese and adds so much flavor to the whole shebang. Perfection. 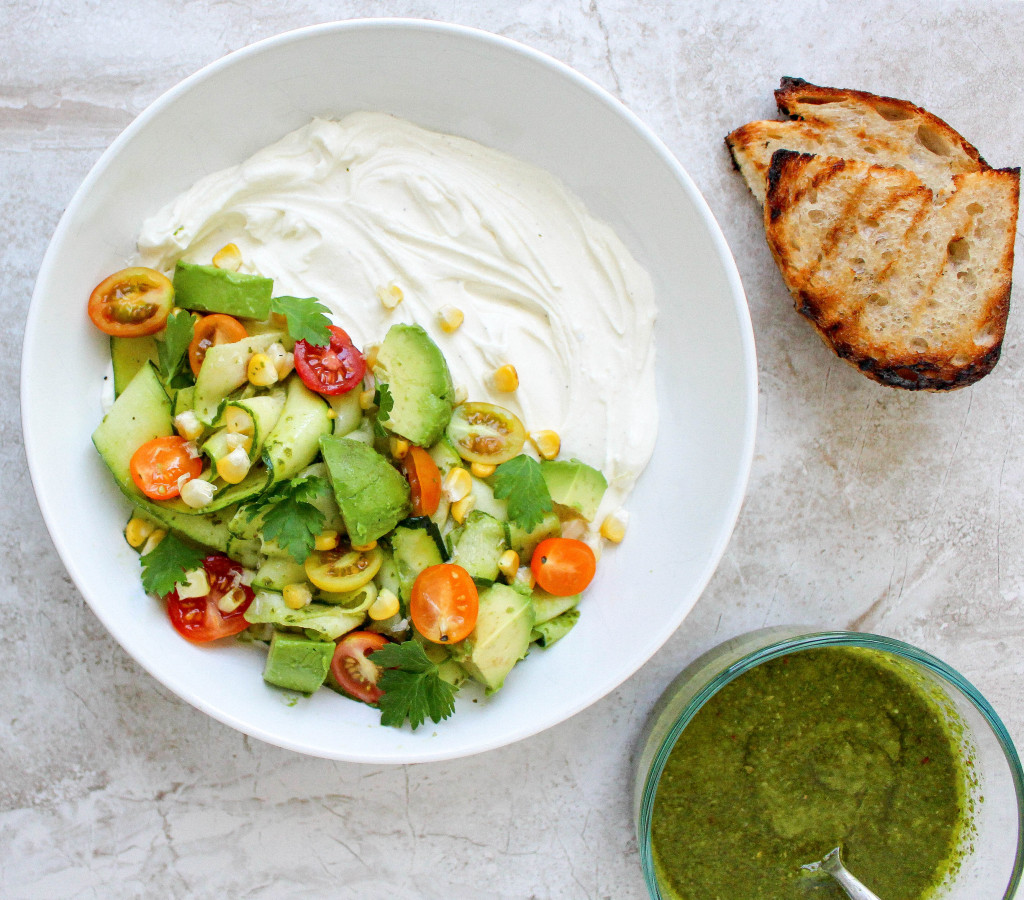 So yeah, if you can get your hands on some early summer corn that doesn’t look like death, try this out as soon as possible. It will be making an appearance in my kitchen ALL SUMMER LONG. My husband, who doesn’t care for zucchini, declared this amazing. He devoured it within minutes.

Summery epitome. Yup. That’s my story and I’m sticking with it. 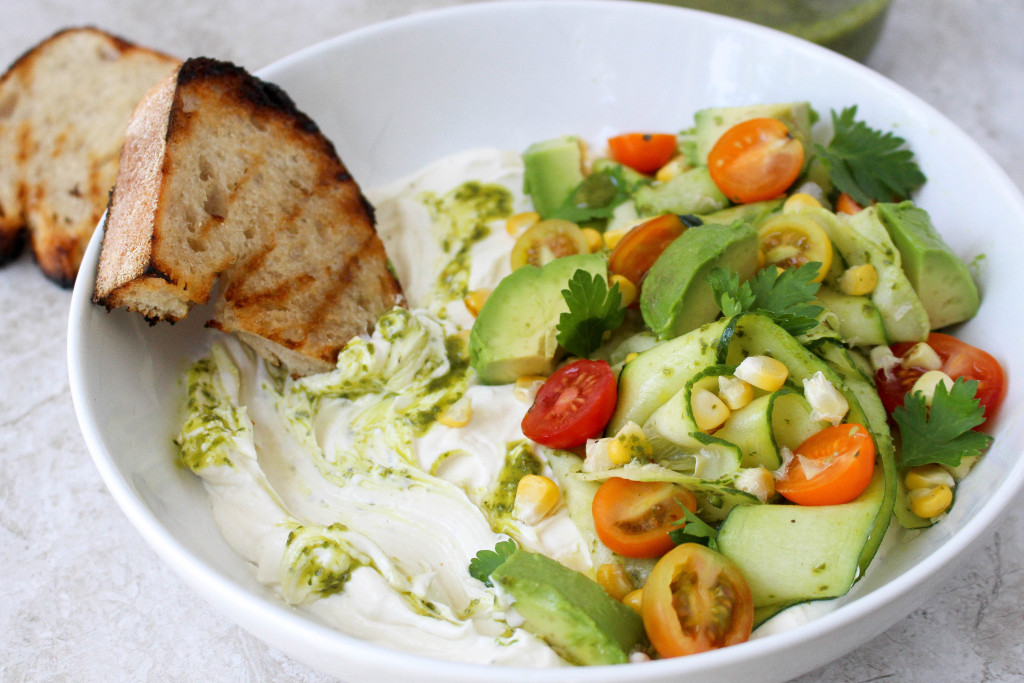 For the Whipped Cheese:

For the Chimichurri Vinaigrette:

For the Whipped Cheese:

For the Chimichurri Vinaigrette: