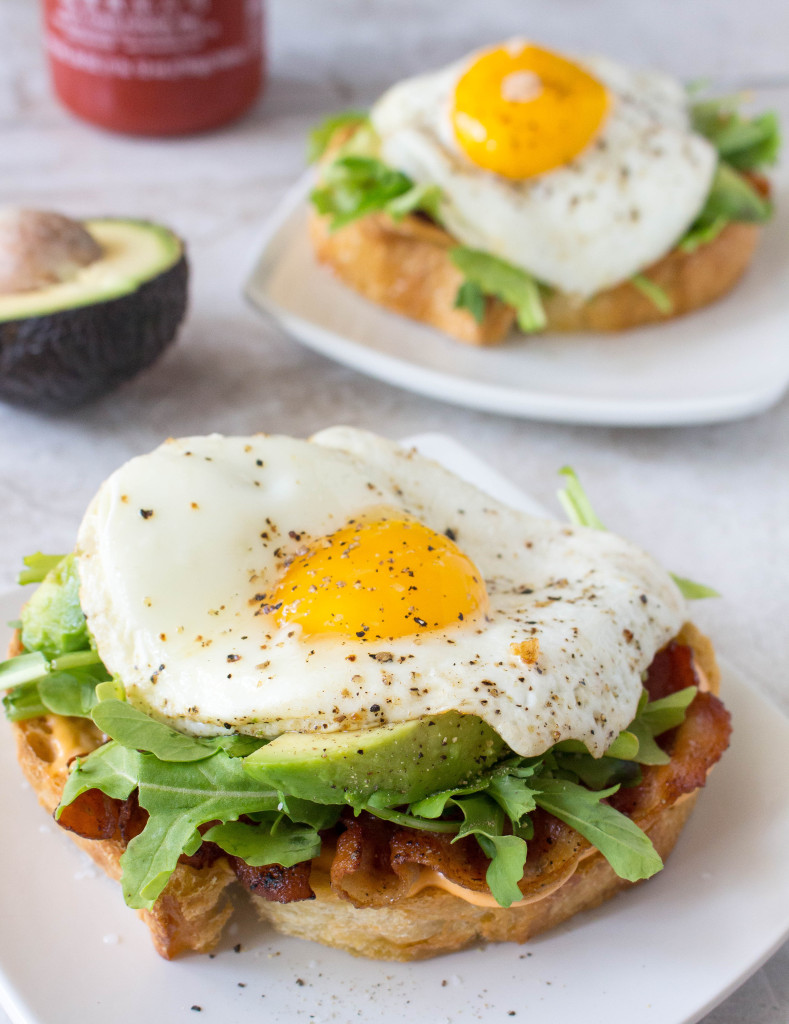 Someone in our house is turning 35 this weekend. And it’s not me.

If it WERE me? There would be meltdowns a plenty happening around these parts. Because it feels like I just turned 21 yesterday. But no, thankfully, I’ve got a few more years before I hit the “mid 30s.” My dear husband, though, is taking the plunge into the mid-upper 30s on Saturday. He’s handling it like a champ. Probably because he looks and feels like a 25 year old. Don’t tell him I said that. He’d never let me forget it.

Naturally, we’re doing a food-centric birthday celebration. To start, we’re going out to dinner with friends while I also plan on cooking him a fancy at-home meal at some point over the weekend. And we can’t forget Sunday breakfast. That’s when all the best foods are made. 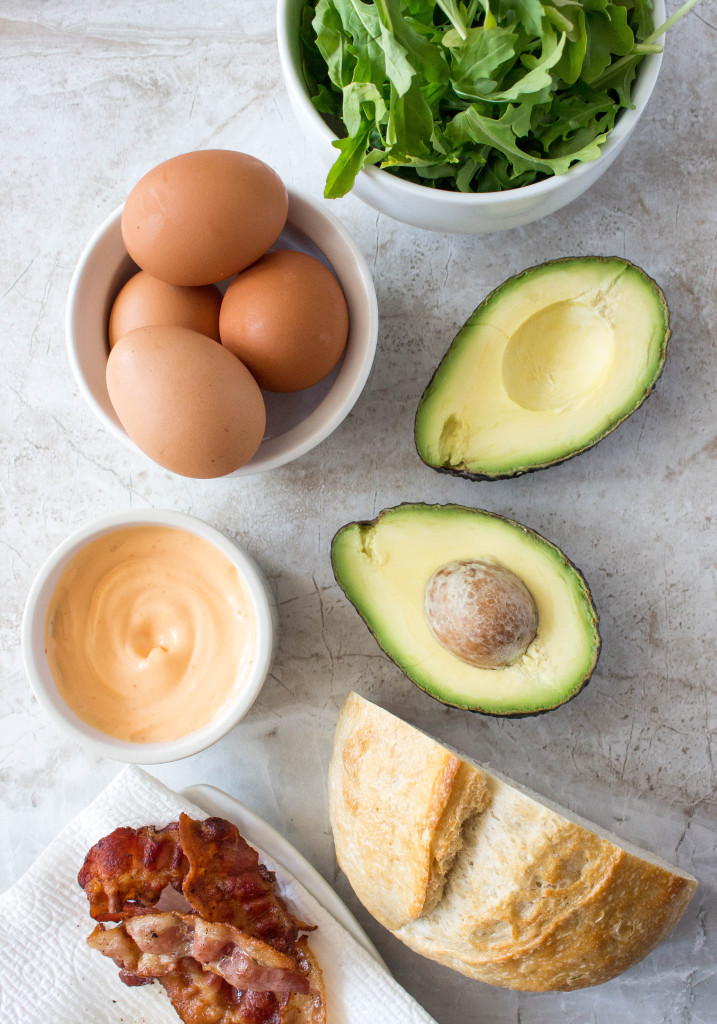 On the menu for Sunday morning: this version of jacked up avocado toast. This breakfast is one of my husband’s most favorite things, and I’ve been making this version of avocado toast for years…well before avocado toast was a “thing.” It’s a good thing it’s a “thing,” don’t get me wrong (and I eat it at least twice a week), but I was ahead of the curve on this particular “thing” (for once). When it became trendy to mash your avocados and spread them on toast (and then maybe top it off with a perfectly fried egg…MANDATORY in my world), I was kinda surprised by the fact that I actually did something trendy before it became trendy. That absolutely never happens. Me = not a trendsetter.

In fact, when I last made this, my husband was shocked to learn that this was not already on the blog. He told me I needed to remedy that immediately. He described it as me depriving the internet of something incredible. Sorry? So, in celebration of his birthday, I remedied this “problem.” I give you my version of avocado toast. It’s spectacular.

The combo is out-of-this-world delicious, and the aioli has a huge part to play in that. It is tangy, creamy, and has just the right amount of heat. It’s perfect on just about anything. In fact, the recipe below makes more than what you’ll need for these sandwiches, so go to town! Slather it on other sandwiches, use it as a dip for french fries, or toss it with fresh, hot pasta. Really, I’ve done all of those things and they are all fantastic. This aioli is winning at life. It’s really just fancified mayo with a kick. And it takes these breakfast sammies over the top. I’m rather…ahem…generous with it. I like a THICK layer of this stuff, which is weird because I like mayo sparingly in most cases. But this stuff? BRING IT ON. It’s so dang tasty (much like this insane hollandaise. OMG)! 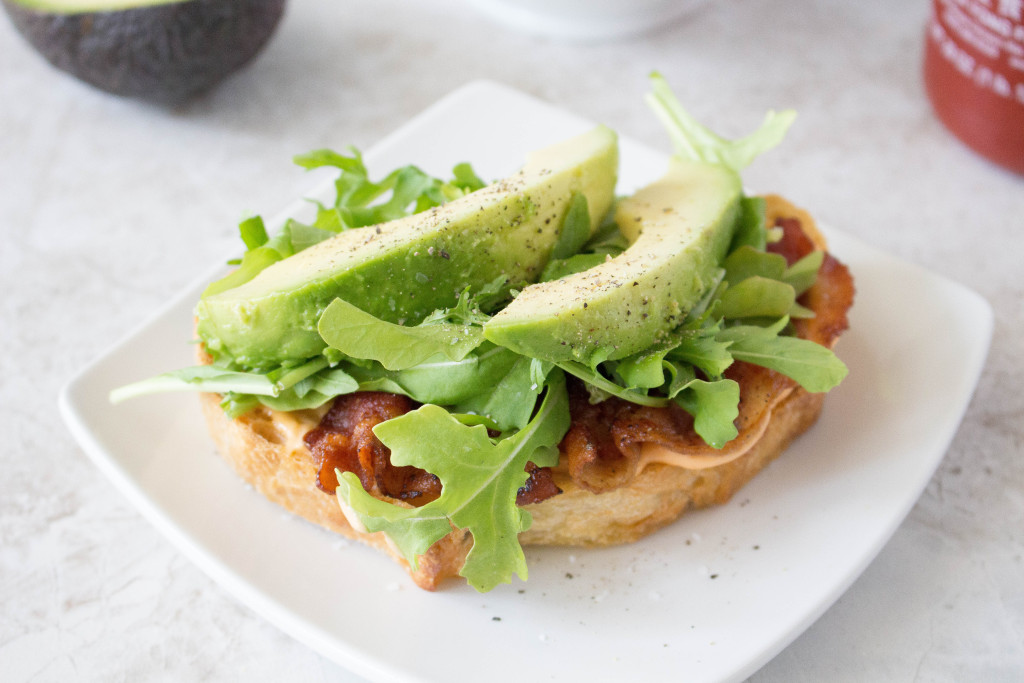 Now, this breakfast sandwich is a fork and knife kinda meal. Sure, you can just go hog wild and try eating it with your hands, but I think you’ll fare better cutting into it and letting the egg yolk dribble down and coat everything…because egg yolks = life. But also because then you can get a bite of all the different flavors and textures happening…with only getting a smidge of it on your face. Honey, I’m looking at you. Just fork it. It’s the way to go. 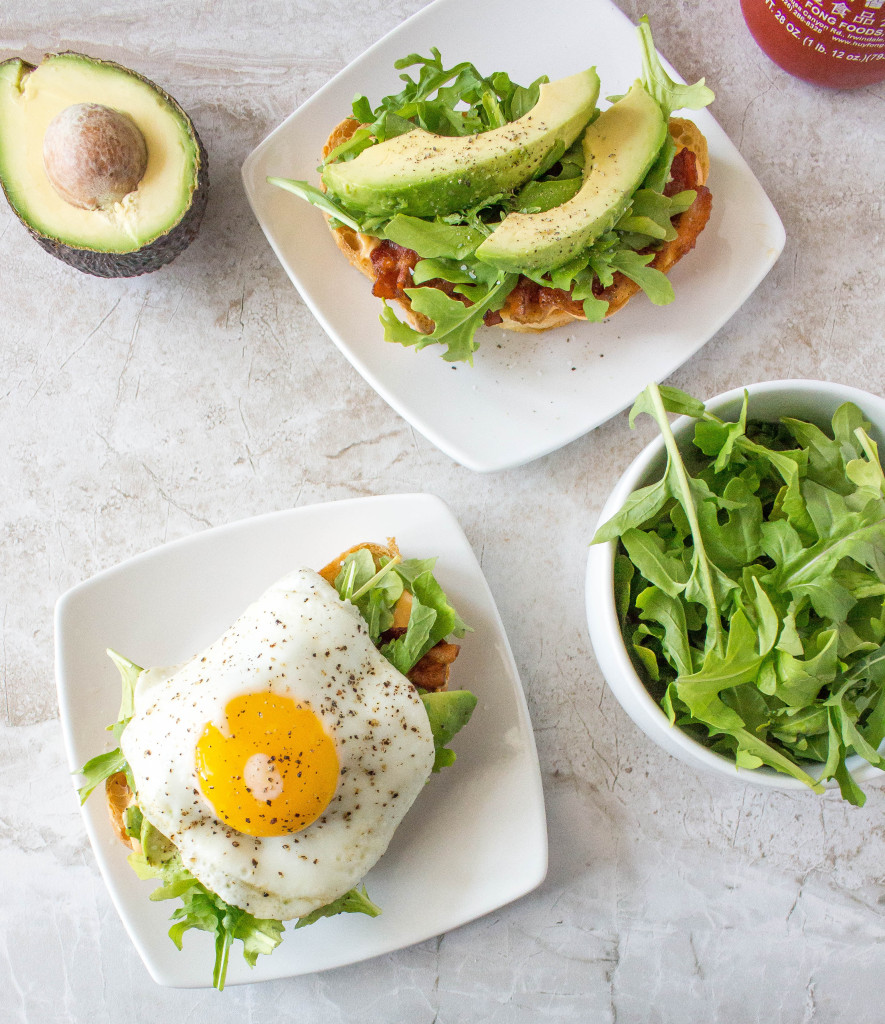 For that reason, I like to serve these open face, but you can certainly serve them as a regular sandwich. I mean, I’m not one to turn down more carbs. Just know that it might get a little messy on ya. Instead of having an egg yolk dribble, you’ll have a yolk explosion. Hey, there are worse things. 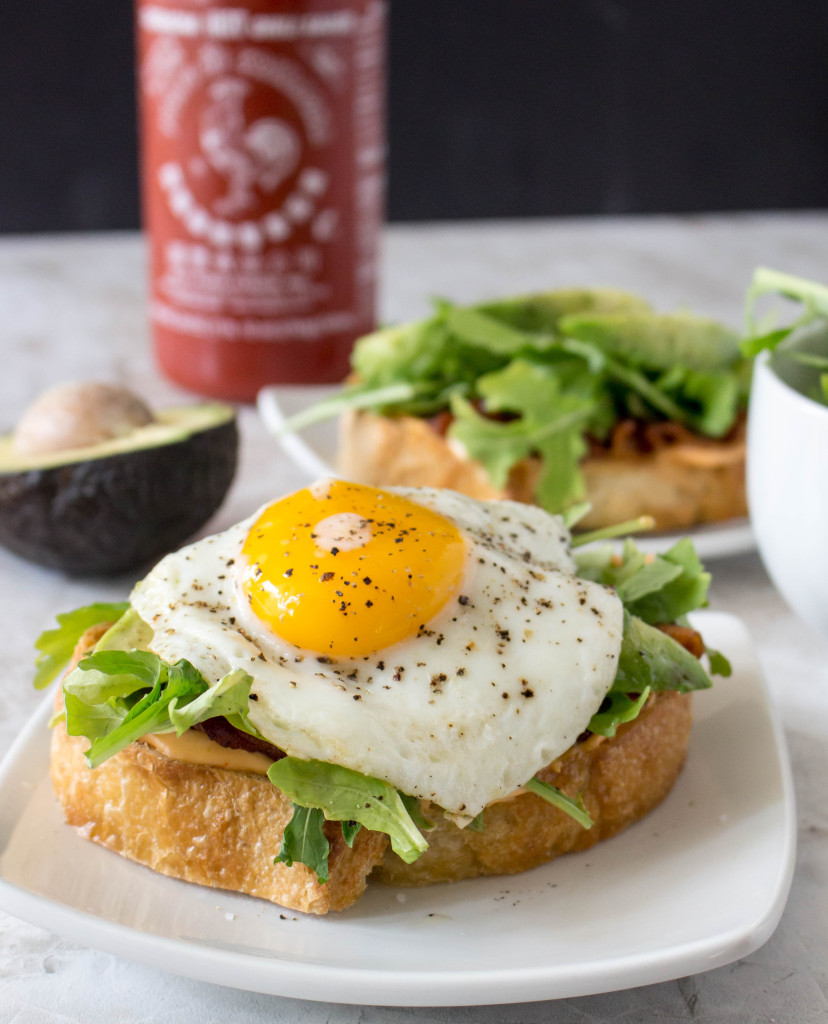 Another way to switch things up? Serve this anytime of day. I’m a big proponent of breakfast for dinner. Just sayin’. 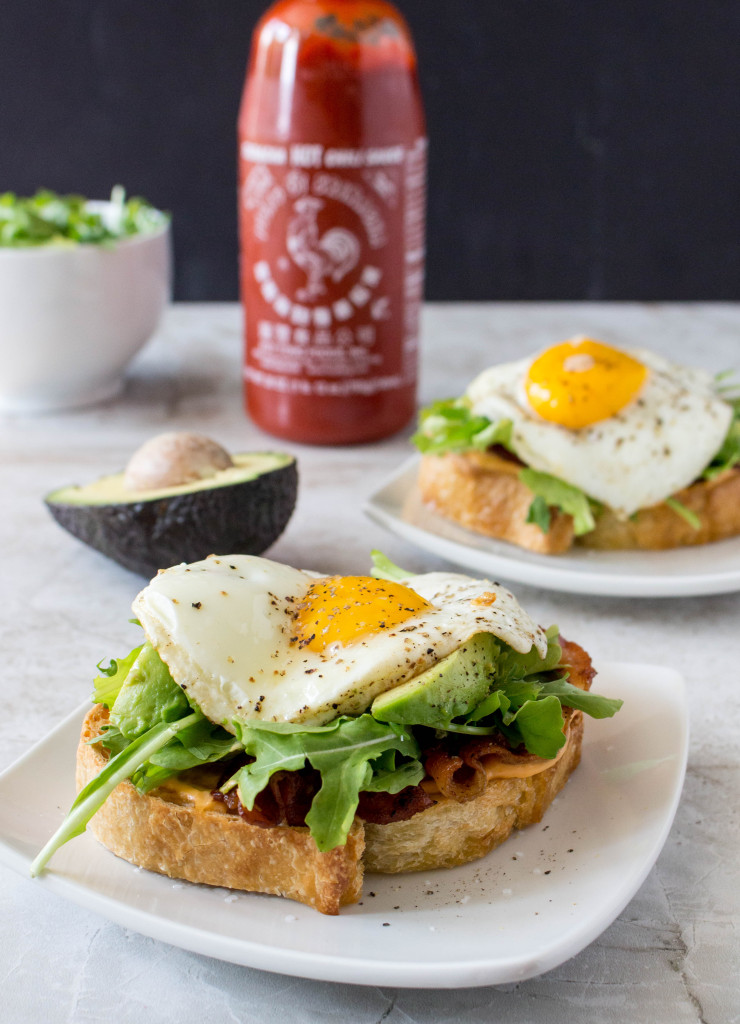 Regardless, these are sure to please. I know my husband will be thrilled this weekend when I serve these up. 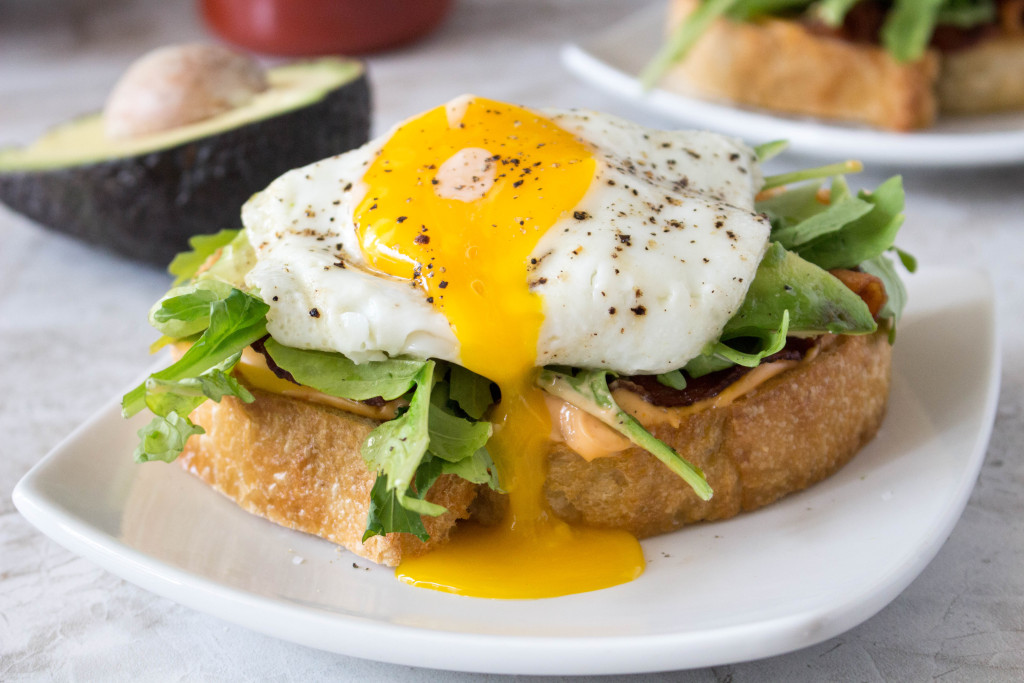 He’ll also be thrilled to know that I remedied the “problem” and decided to share these with you.

Listen to the birthday boy. These are fantastic. 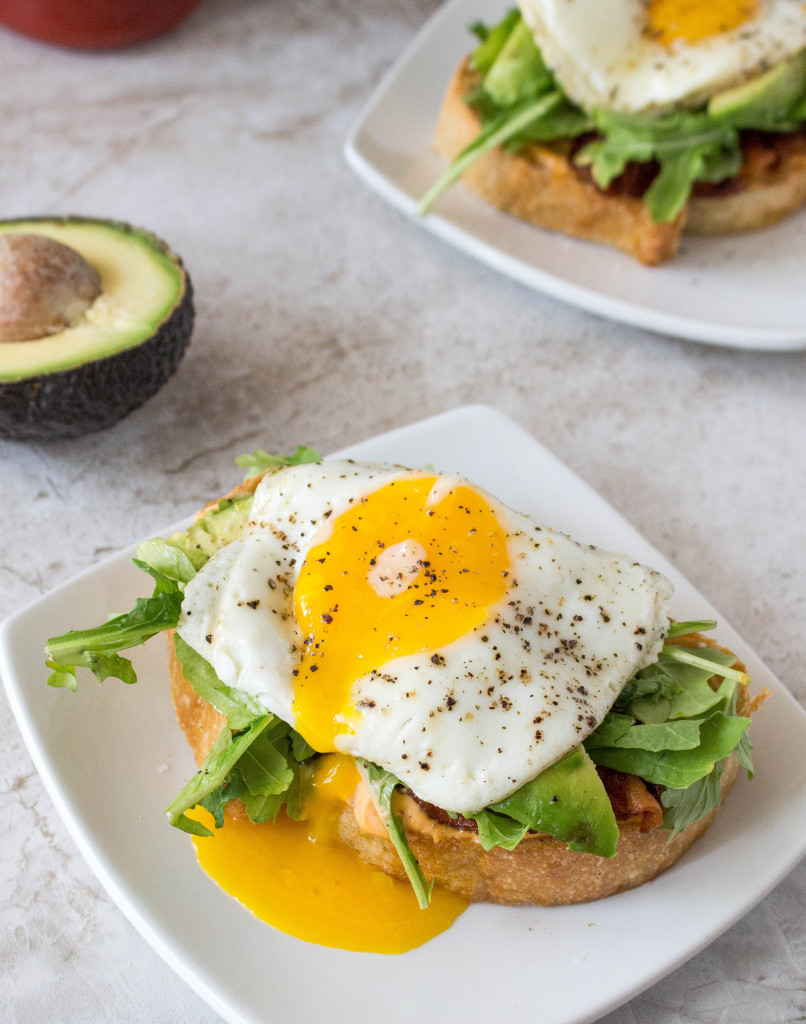 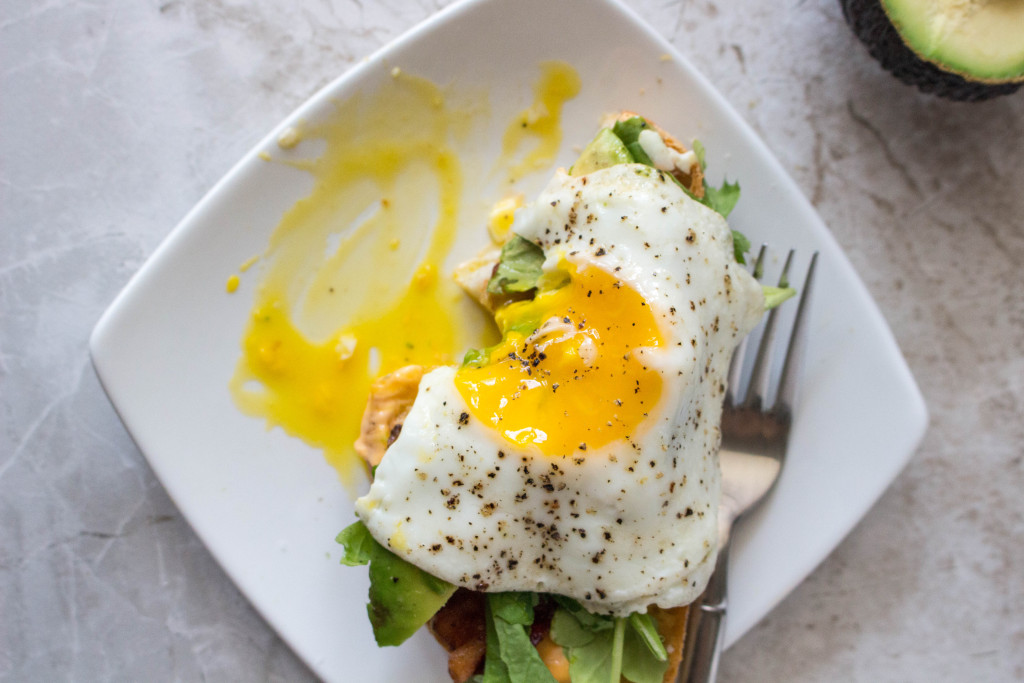