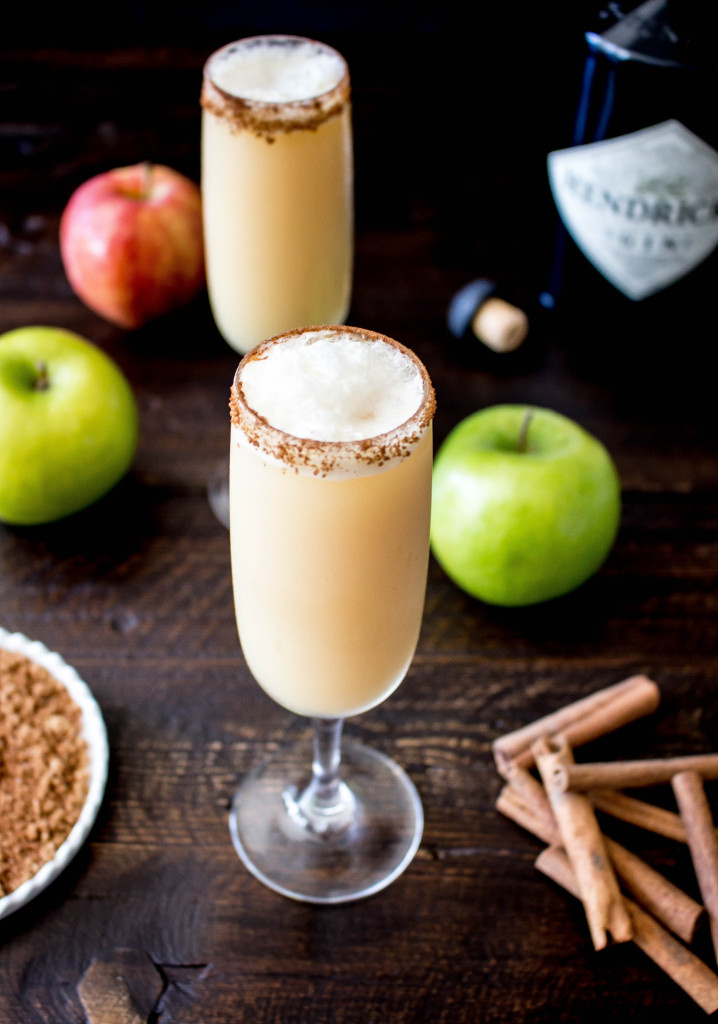 Have you ever been faced with a cocktail conundrum?

I’m talking the GOOD kind of conundrum. The kind of conundrum in which you cannot get your fill of some boozy concoction despite your better judgement practically screaming at you to stop. No? Just me? Hmm. I had one of these situations a couple weeks ago while developing this recipe. 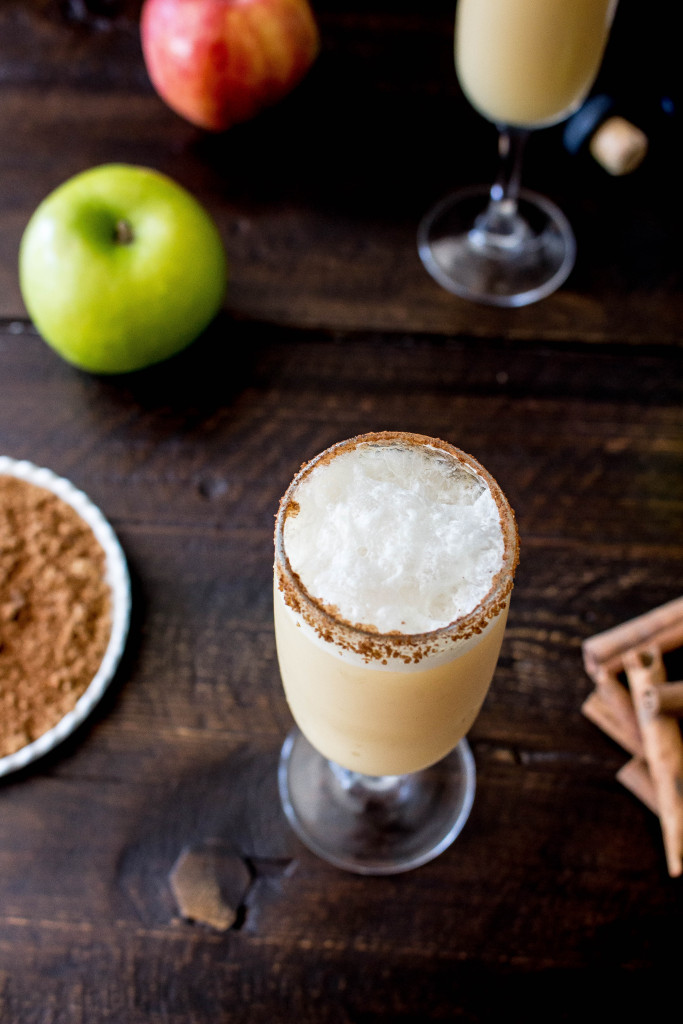 It was late morning and I had just put the baby down for a nap. I was planning to test several blog recipes that day, and these gin fizzes were first on the list. In hindsight, that was poor planning on my part. Very poor planning. My problem was that these were DELICIOUS. Like, SO FREAKING GOOD. And I made a double batch! And it wasn’t even noon yet! My justification was that this could totally be considered a brunch-appropriate beverage, and given that it was brunch time, I felt it was OK to have one of these. 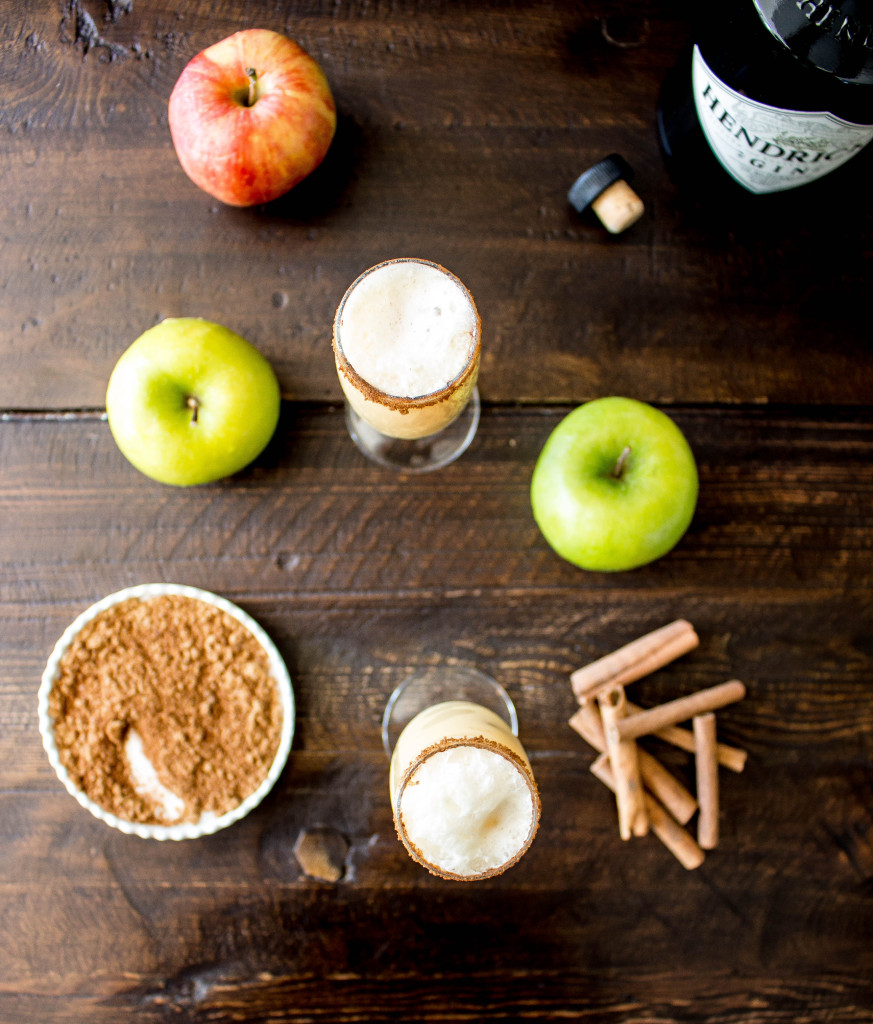 The problem? After I finished the first one in record time, the other three were glistening at me like cozy, cinnamon-y, gin-y, fizzy orbs of deliciousness. I gave into temptation and sipped about a quarter of a second cocktail. Then, I promptly proceeded to pour the remaining drinks down the drain. Out of pure desperation. I couldn’t trust myself with these babies! That’s how gosh-darn good they came out. 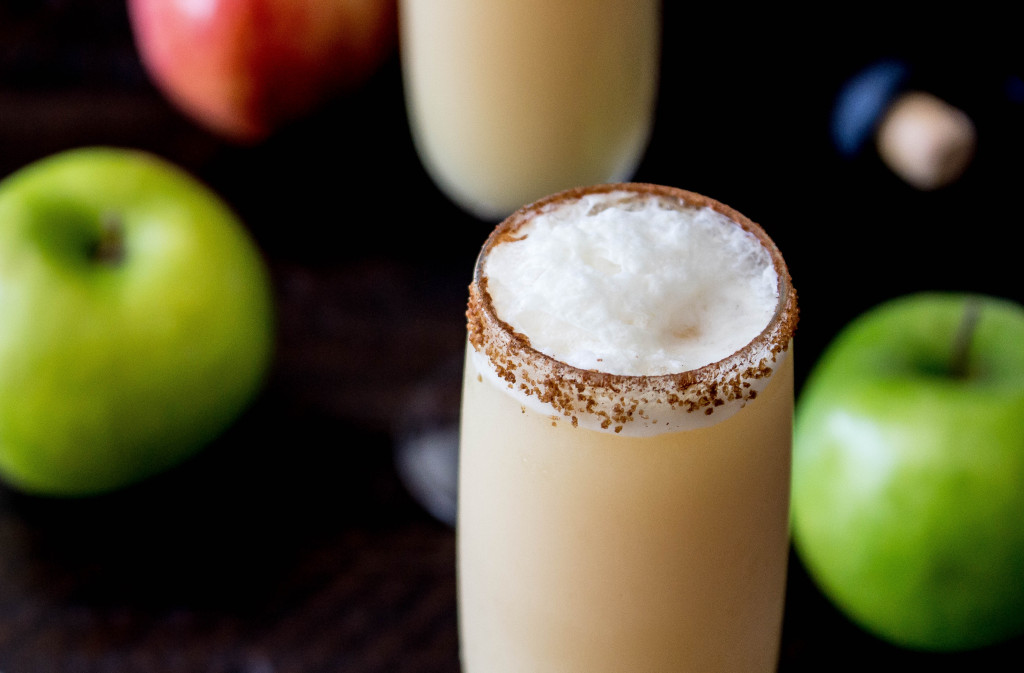 And I’m a mom. Responsible for a one-year-old child who was innocently sleeping upstairs while this debauchery was taking place in the kitchen. The drain pouring was oh so necessary. I was already feeling quite..ahem..fuzzy after the first fizz. Lord knows how the rest of the day would have gone if I had finished that second drink. Two of the four recipes I had planned for that day never happened. Hah. I’m half ashamed that I was boozing it up by myself in the middle of the day and half ashamed that I wasted three-fourths of my awesome recipe! 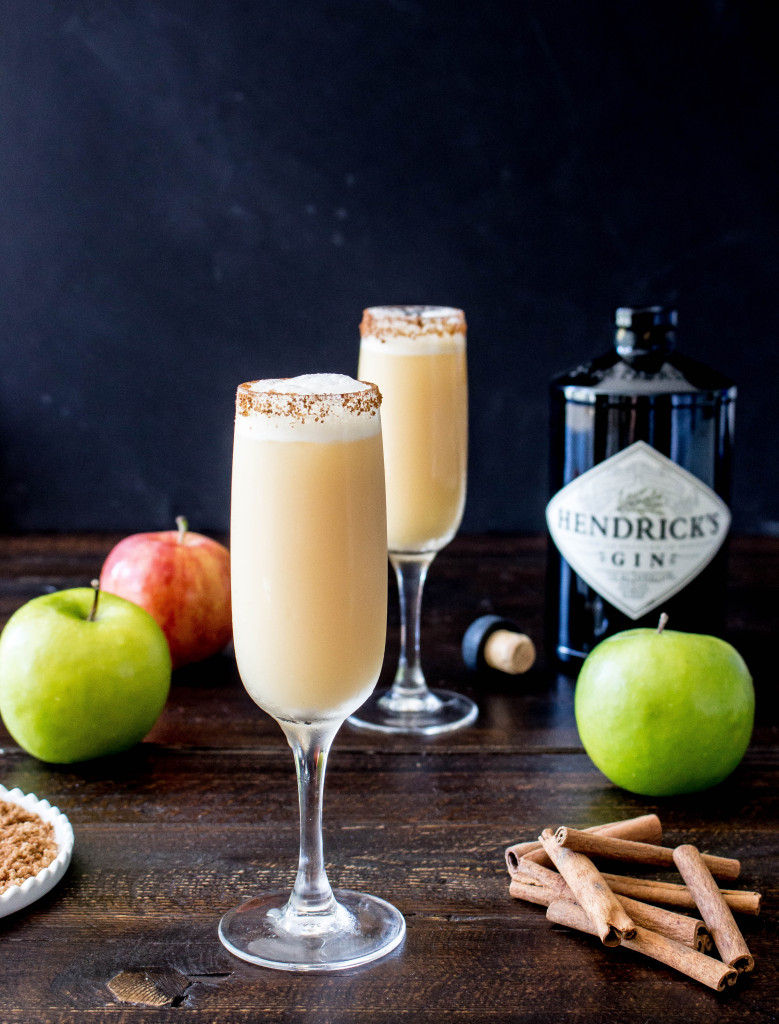 Quite the conundrum, huh? Told ya.

ANYWAY. Now that I’ve probably convinced you that child protective services should be called, let me tell you WHY these cocktails were so irresistible. First, they were my first taste of apple cider this season. It’s one of my most favorite fall treats, and given its fleeting availability, I always get too excited when I see it starting to pop up at the store. I go into full-on “YAAAAY FAAAAALLLL!” mode. Making a fun cocktail with said cider is the perfect celebratory act, in my opinion. 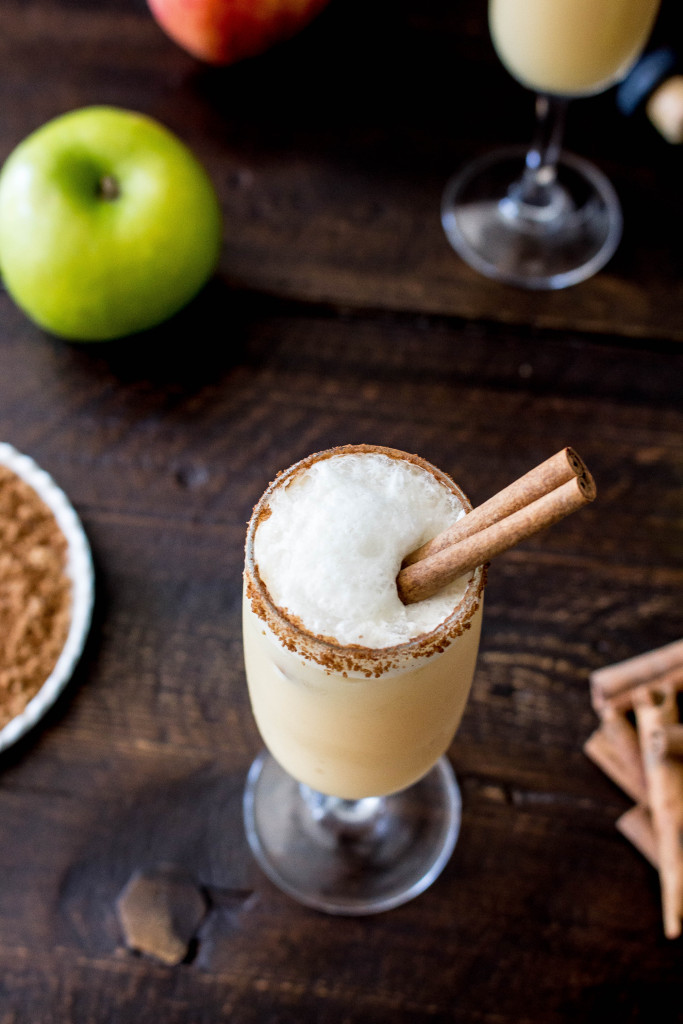 Second, gin fizzes are one of my absolute favorite libations. Especially when they come all authentic with the “fizz” actually intact (thanks to raw egg white). They are so pretty and fizzy and fun. LOVE them. Not a fan of apple cider? Check out these blackberry-thyme gin fizzes instead. They’re gorgeous and tasty to boot.

Third, this rendition turned out to be the perfect cross between a cozy fall drink and a light and airy gin fizz. It’s got everything going on, and I mean that in a good way. Sweet, tart, tangy, spiced, cozy, and yet light and fun at the same time. 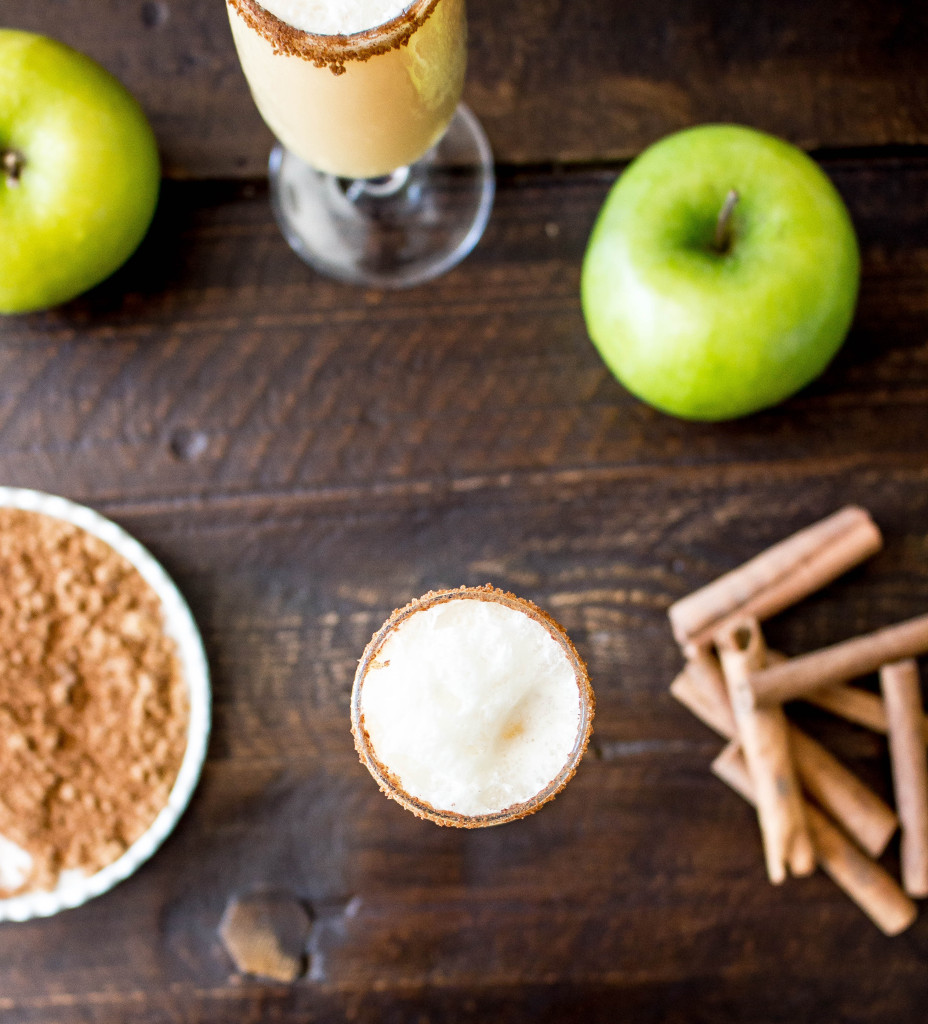 Can you see why I had a hard time stopping at just one?

I highly recommend that you make these ASAP. Just don’t be like me and turn into a late-morning lush who is filled with self loathing as you pour most of your recipe down the drain. Share these with friends instead. Ya know, like a normal, responsible human being. 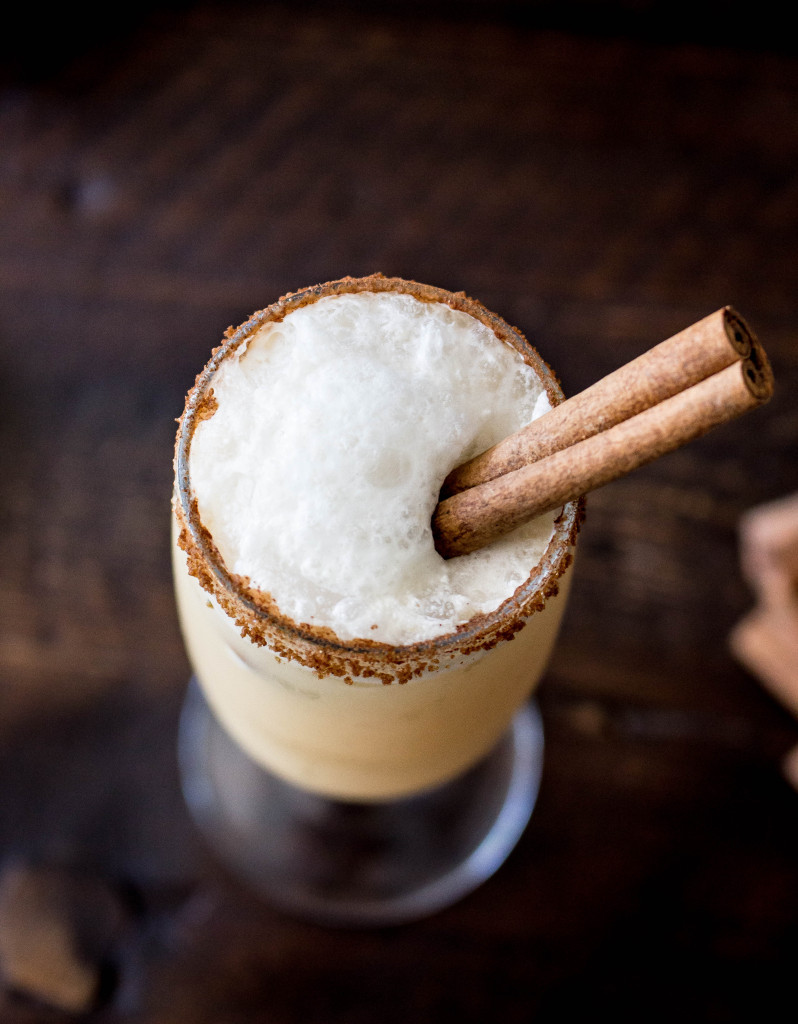