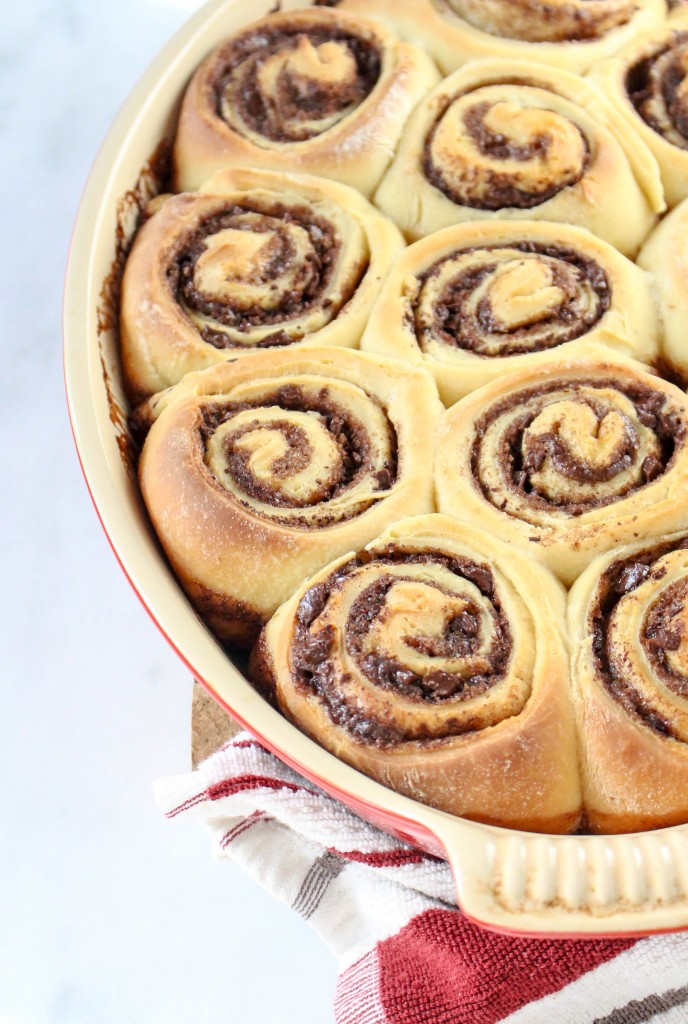 I’ve talked about this a few times before, but Dan has a serious infatuation with the combo of chocolate and peanut butter. I mean, who doesn’t, right? It’s basically food genius. 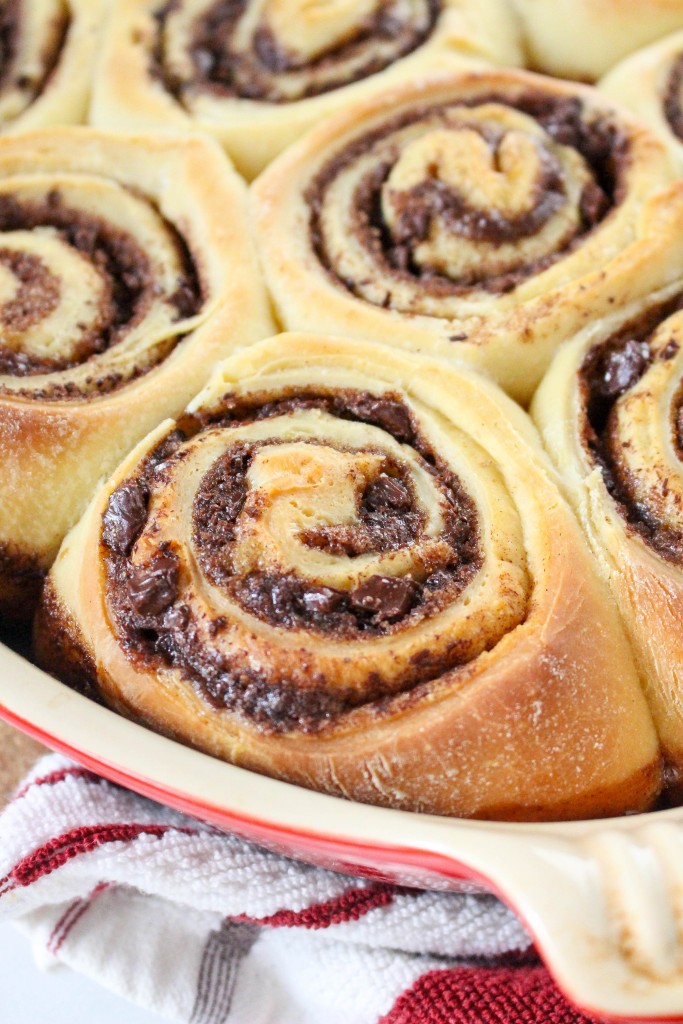 As are cinnamon rolls. Cinnamon rolls are definitely a special thing in our house. A rare occurrence. And yet, they remain one of our favorite pastries of all time. The only catch? They are kind of high maintenance. 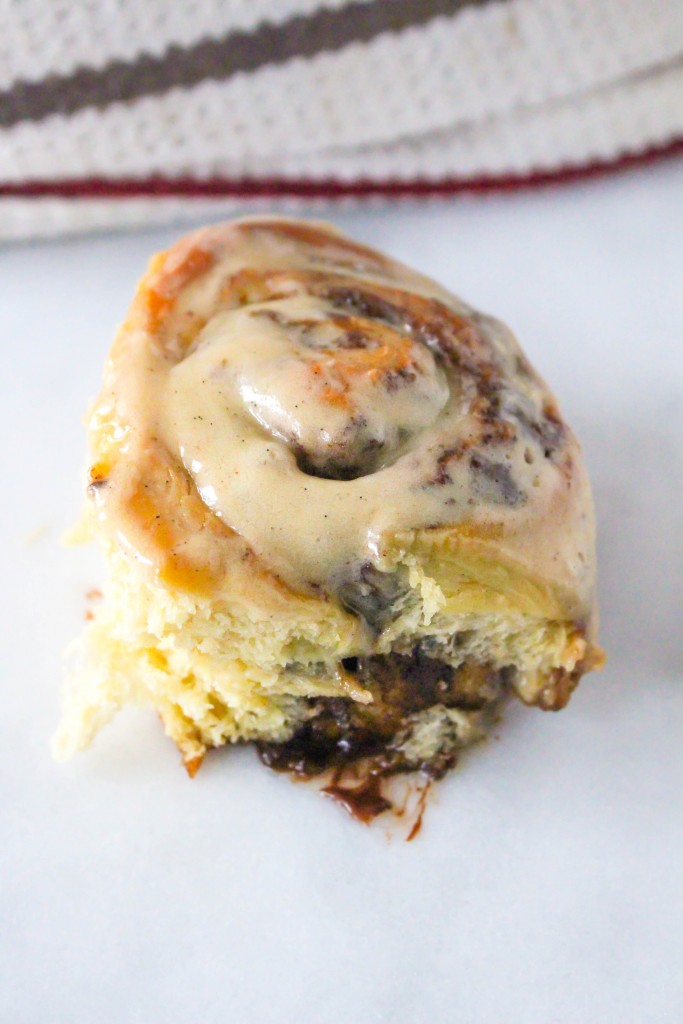 You have to make a yeasted dough, allow it to proof, roll it out, fill it, form the rolls from it, and then let it rise again. And that’s all before you even get them in the oven! So yeah, they are reserved for only special occasions in our house. 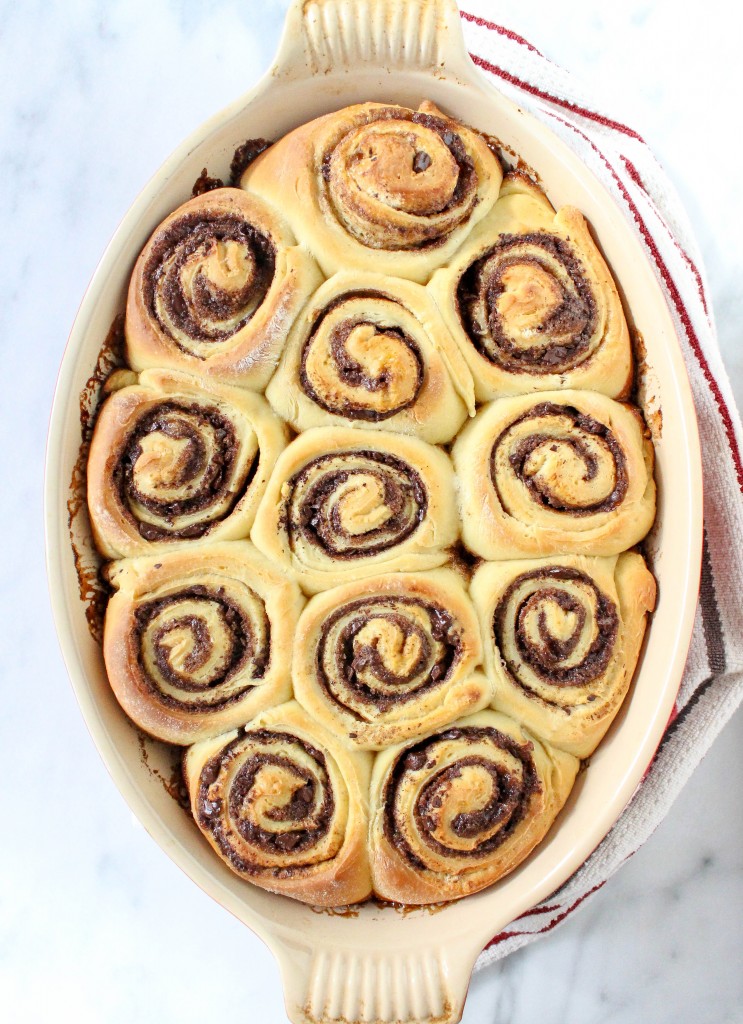 Many people have claimed to find the perfect “one-hour cinnamon roll” recipe, and I hate to admit this, but I’ve tried some of those out (because I’m definitely an impatient person and don’t have a lot of spare time on my hands these days) and they’re never quite as good as the high maintenance cinnamon rolls. The ones that take hours to make just seem to taste better. 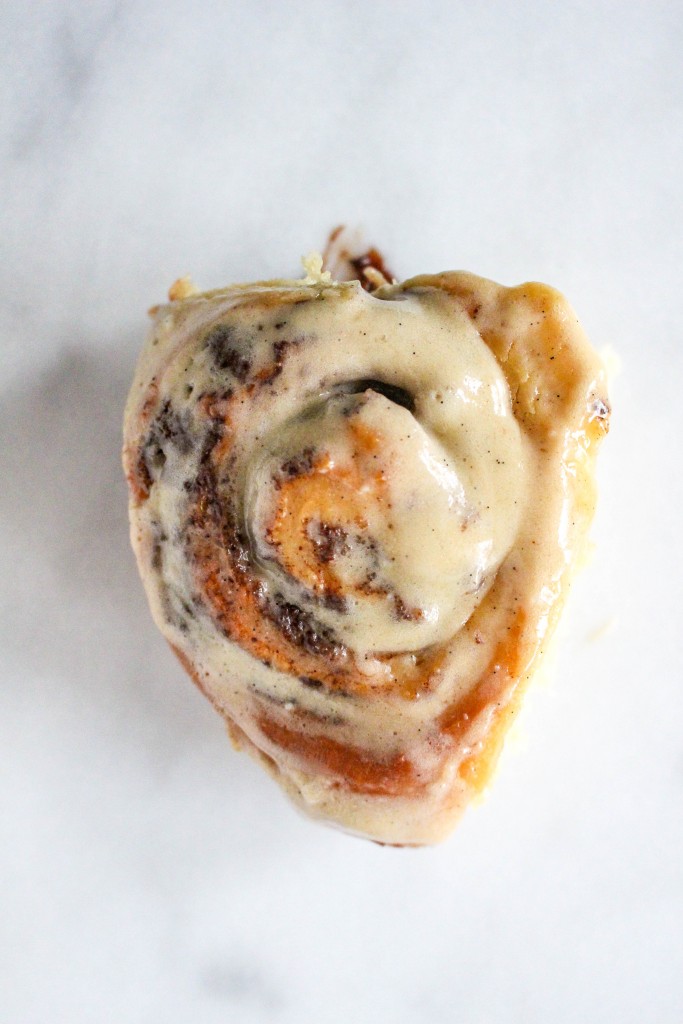 Maybe I’m just crazy and feel like they’re not as good because they didn’t take as much effort? Who knows. 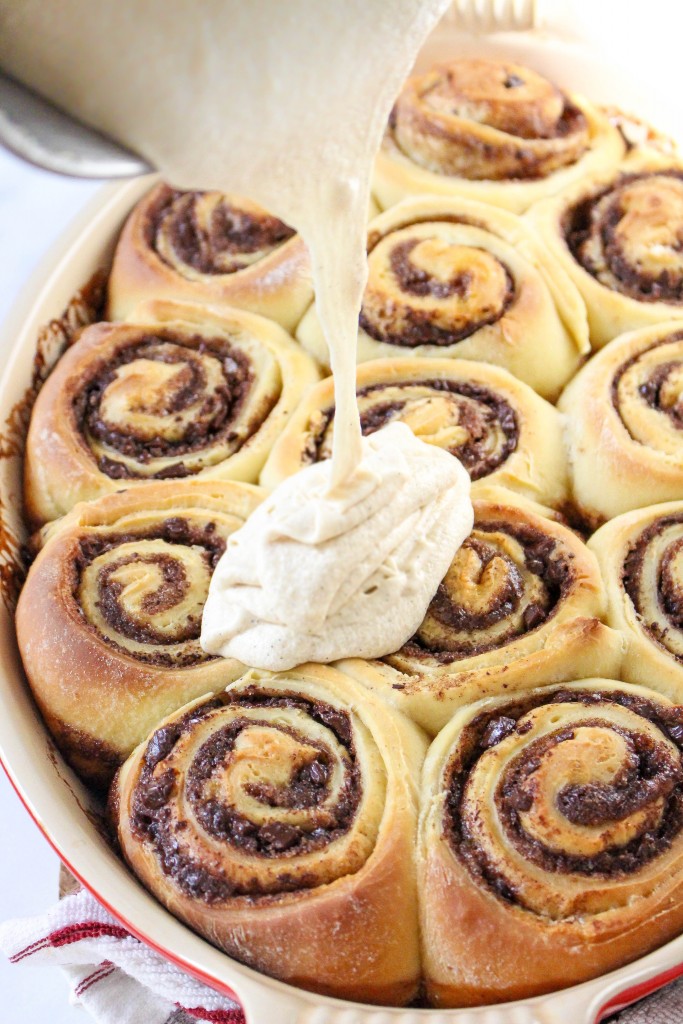 The recipe I’m sharing today is a high maintenance one. And I’m OK with it. Valentine’s Day is the perfect time to whip something like this out because it shows that you were willing to put the extra effort in for your special someone. And in my case, stuff them chock full of chocolate and peanut butter flavors to show your hubs that he’s the best. 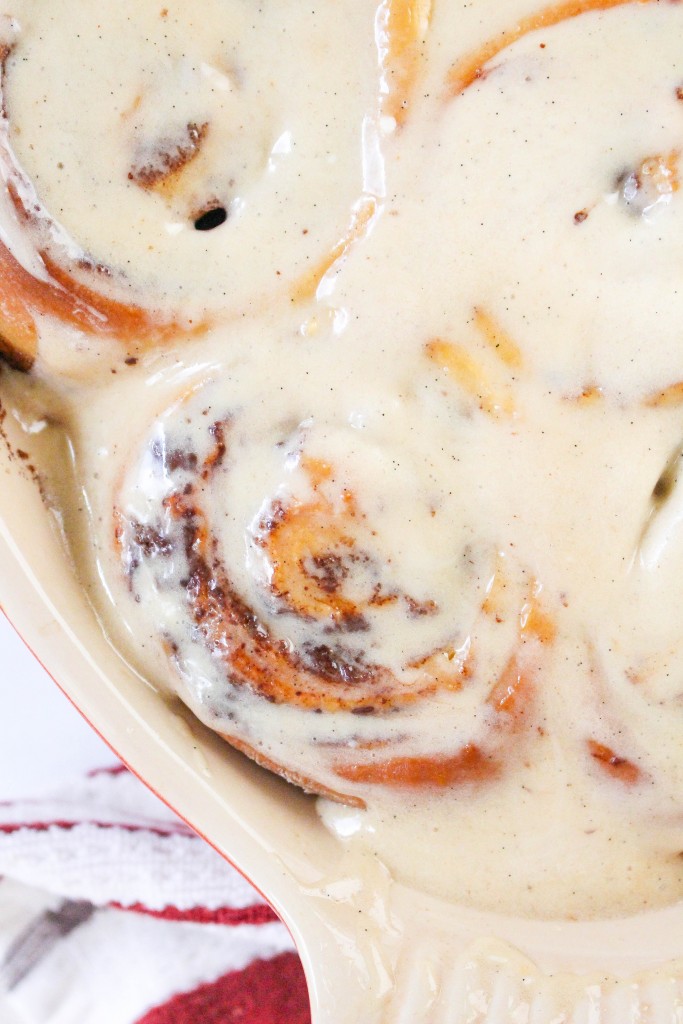 These cinnamon rolls start out with a yeasted buttermilk dough flavored with a little peanut butter, which is then filled with cinnamon and dark chocolate, and then topped off with the dreamiest peanut butter cream cheese frosting after they’re baked. Swoon! 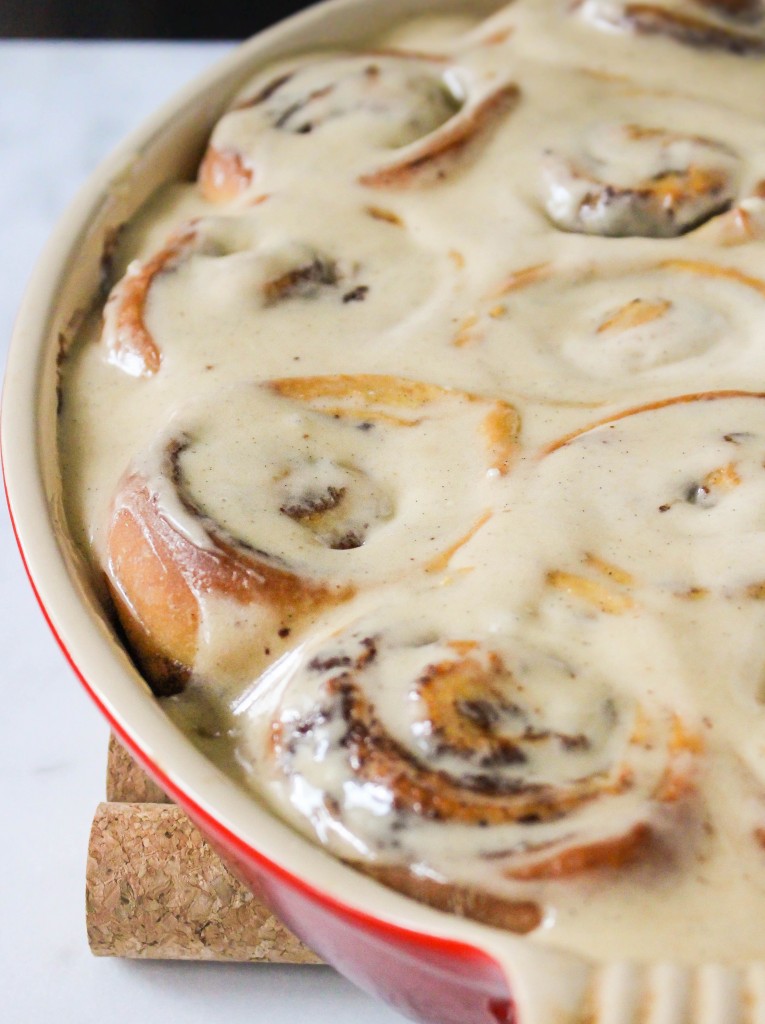 It is a chocolate-peanut butter-cinnamon lover’s dream. Those three things have such an affinity for one another, so I knew that these could only come out fantastic. 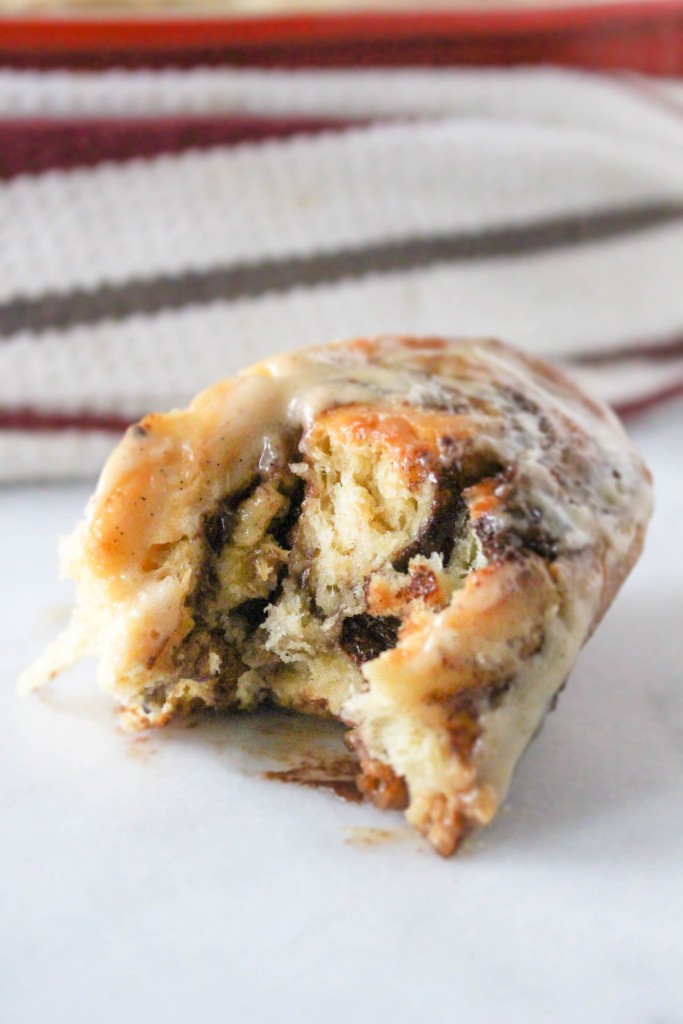 If you’re looking for a special something to make for your special someone, make these the night before Valentine’s Day, allow them to proof in your fridge overnight, and then bake them off for a very romantic accompaniment to your morning coffee. 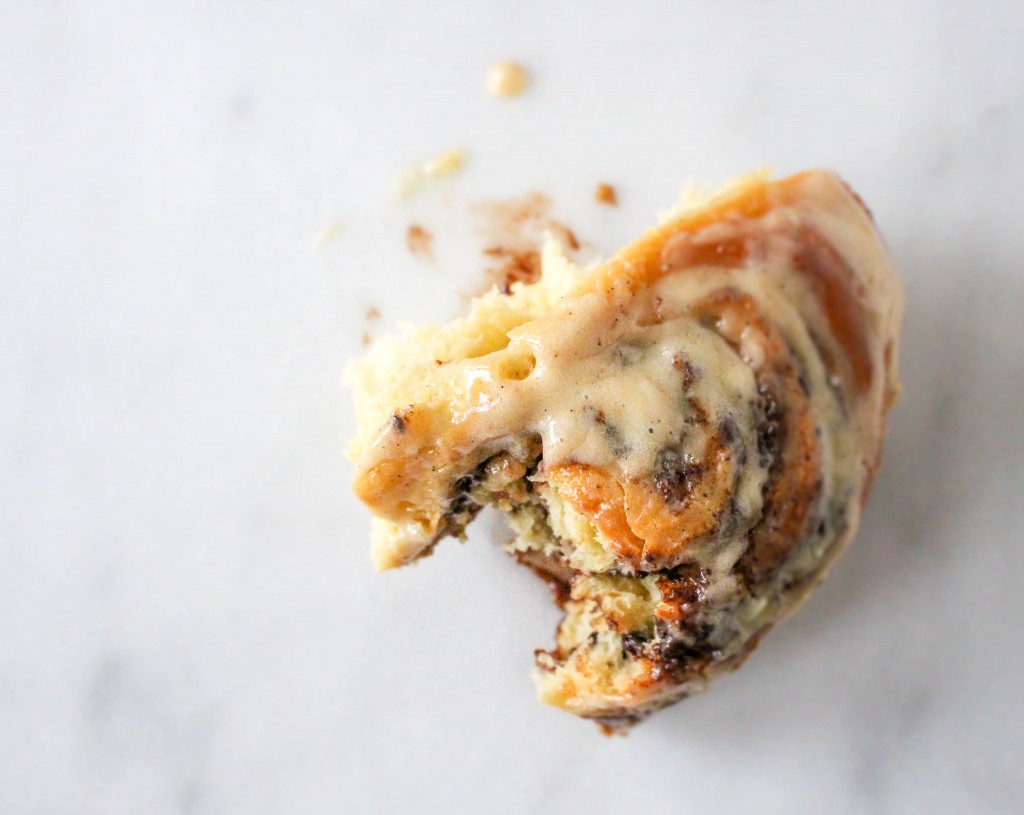 Does it get any better than that?

For the Peanut Butter Frosting: