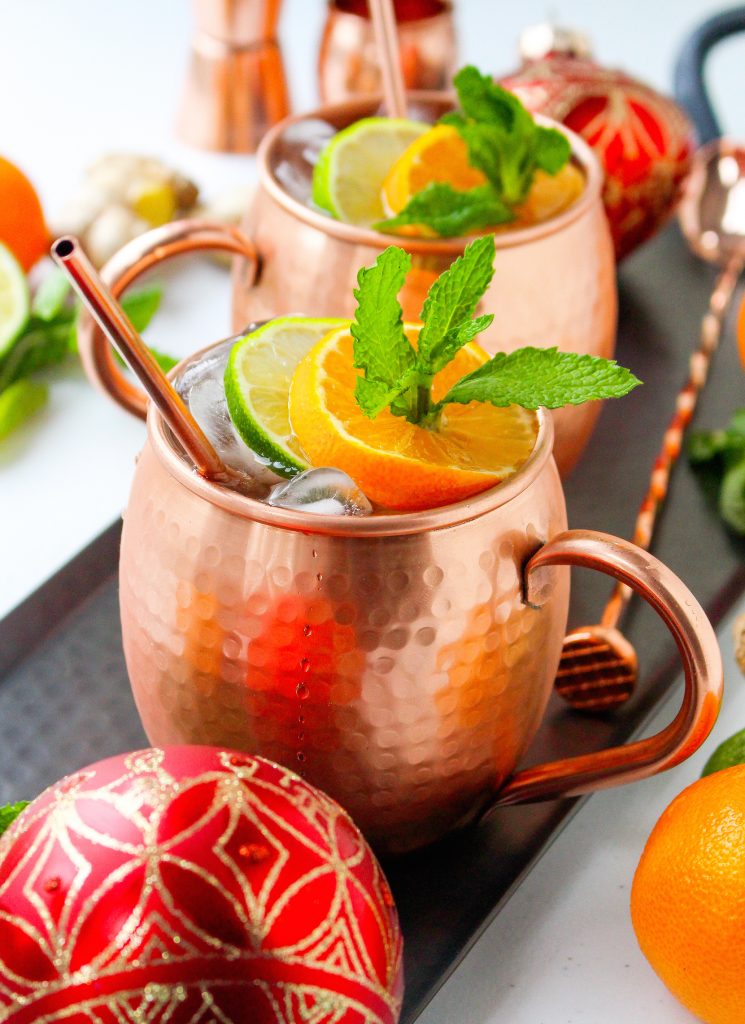 So, how prepared are you for Christmas?

Me? Not so much. Well, I’d say I’m about 60% there, which is waaaay behind for me. I am usually ahead of the game when it comes to shopping, wrapping, cooking, and baking. But this year, sickness hit our house and hit it hard. 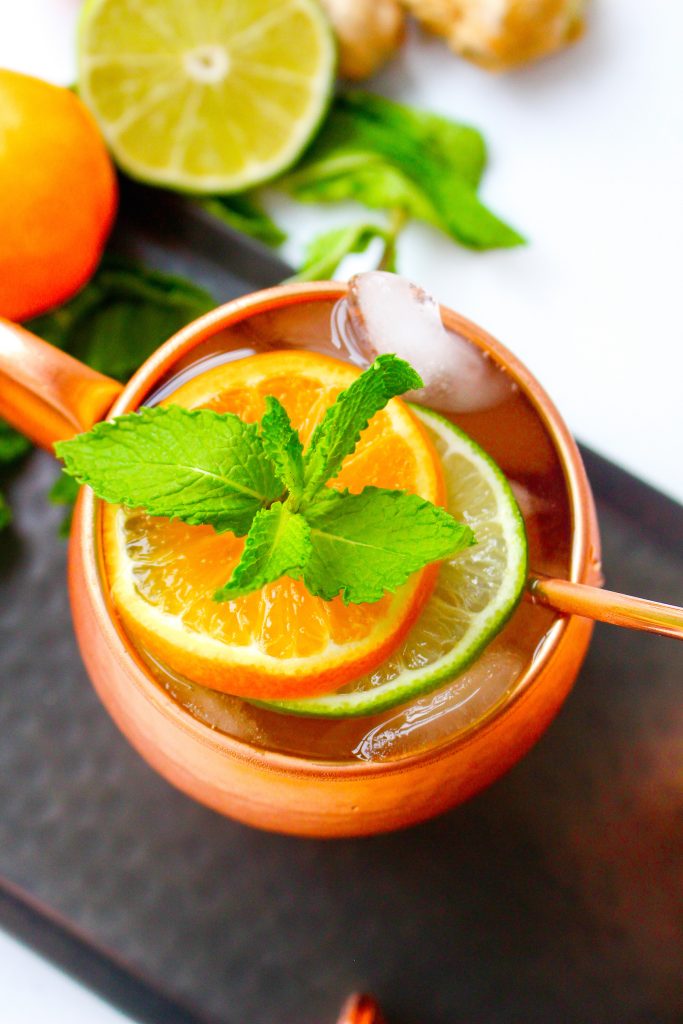 It started during the first week of December. I had a bad head cold that just would.not.go.away. Then, Kieran got his first stomach bug (THOSE are super fun in toddlers, let me tell ya) followed swiftly by a severe respiratory infection known as RSV or bronchiolitis. I had never heard of it before having a child, but now, I am well versed in the details. He also had double ear infections to boot. So, not only was I feeling like hell, but my poor child was in pain and not sleeping. Which meant that no one was happy or getting better.

THEN! Kieran developed an allergic reaction to two of the medications he was on. Scary stuff. We’re on the tail end of that, thank goodness, but my head cold came back with a vengeance and just won’t quit. So now I am on antibiotics and Kieran is getting daily doses of Benadryl to cope with his allergic reaction. I have house guests arriving this afternoon. I have ALL of my cooking left to do (I’m hosting Christmas this year), and about 50% of my gift wrapping left to do. All first world problems, of course, but sometimes even little things feel huge when they all pile on. 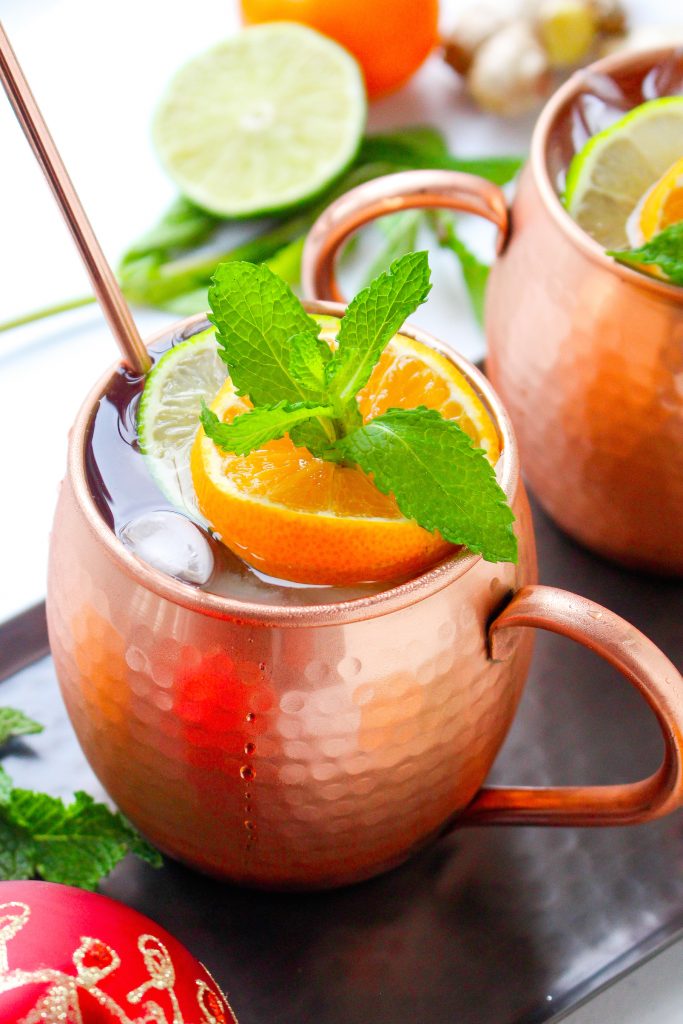 So, you could say, things have been a bit strained around here these past couple weeks. My hope is to feel better by Christmas, though, and then maybe JUST MAYBE I can have my first sip of alcohol since before I got sick.

If so, that first sip is definitely going to be from one of these festive clementine moscow mules. I am keeping all the ingredients on hand just in case because they are perfection. For Christmas festivities or any other time you’re feeling fun! 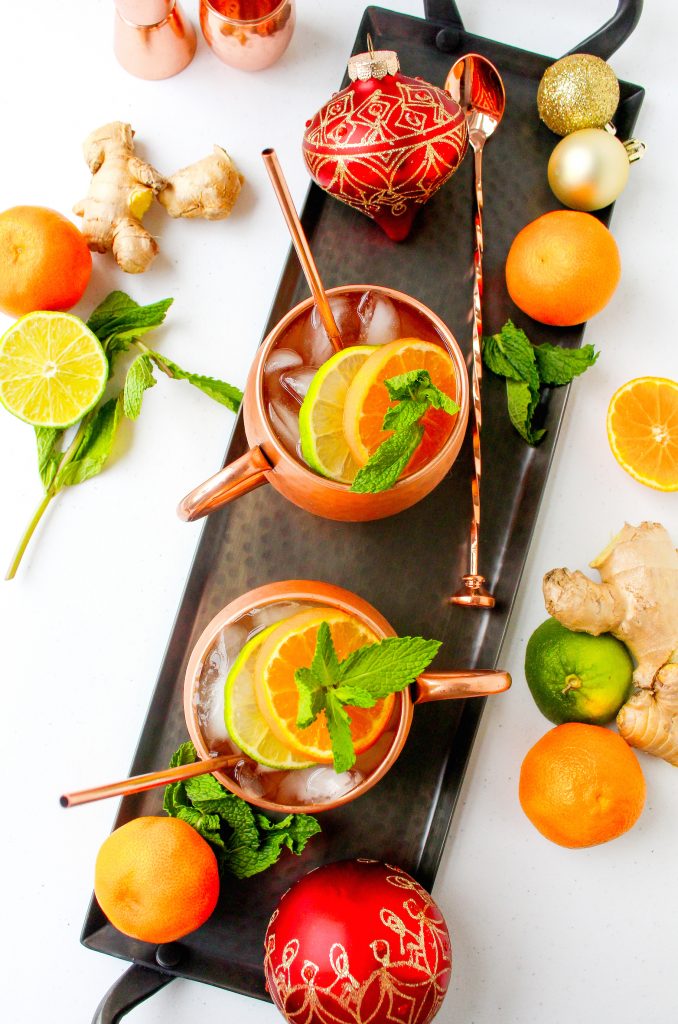 Moscow mules are one of my first choices off a cocktail menu when out. I love ginger, lime, and mint. Hence, they really speak to me. Also, the fun copper mugs make me feel cool or something.

This version has some ginger simple syrup thrown in to really amp up the ginger kick along with some clementine juice. One of the million reasons I love this time of year are the clementines. They are heaven. Tiny, always sweet little jewels of citrus. I buy a crate a week and we go through them in record time. We stock up until they go out of season again because we all love them. 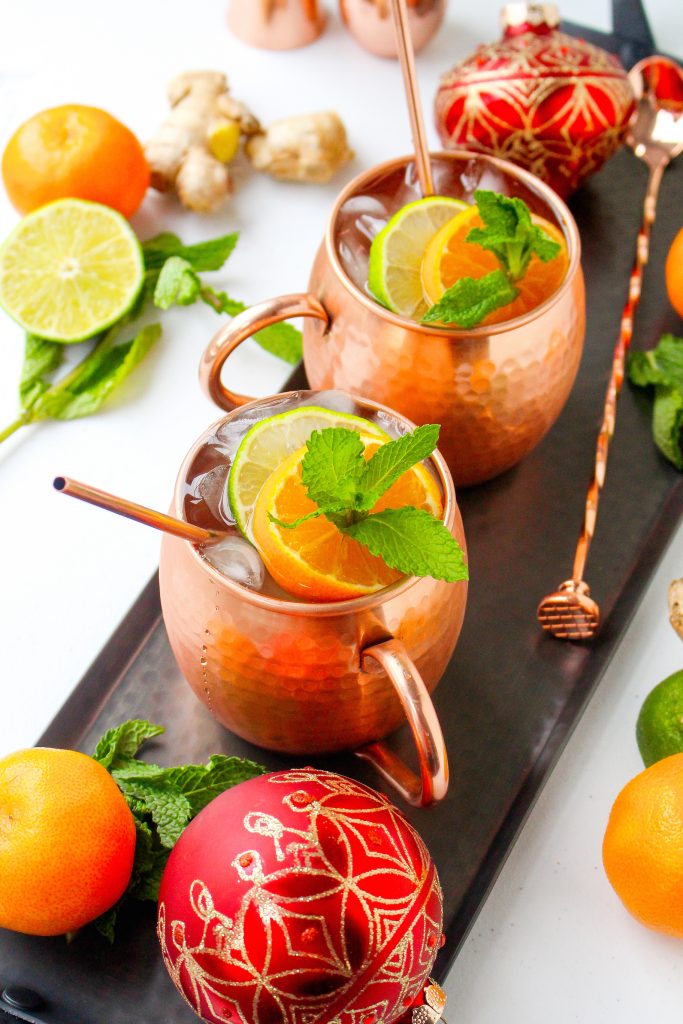 I’ve used clementines a few times before on the blog, and I have to say, drinking them in cocktails may be my favorite way to enjoy them. Must be all the vodka. Can’t go wrong there, right?

I love how easy these are to throw together (especially after the month we’ve had). They are the perfect addition to your holiday festivities. These mules are not only delicious with the combo of spicy ginger and sweet citrus, but they’re festive and pretty too! I mean, who WOULDN’T want to drink something out of a beautiful copper mug on Christmas?! 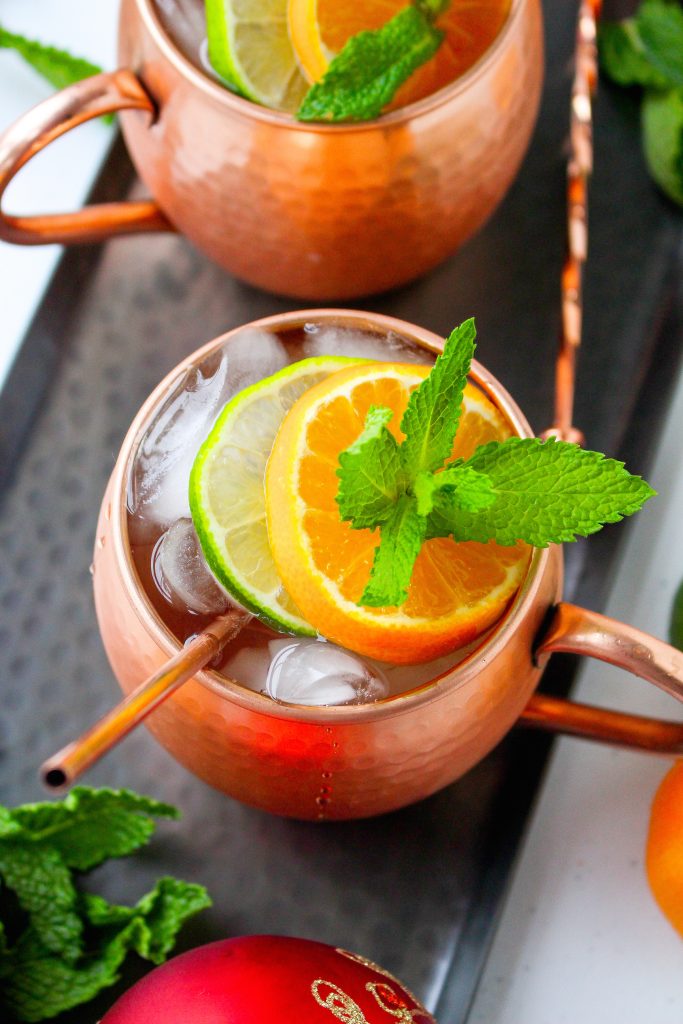