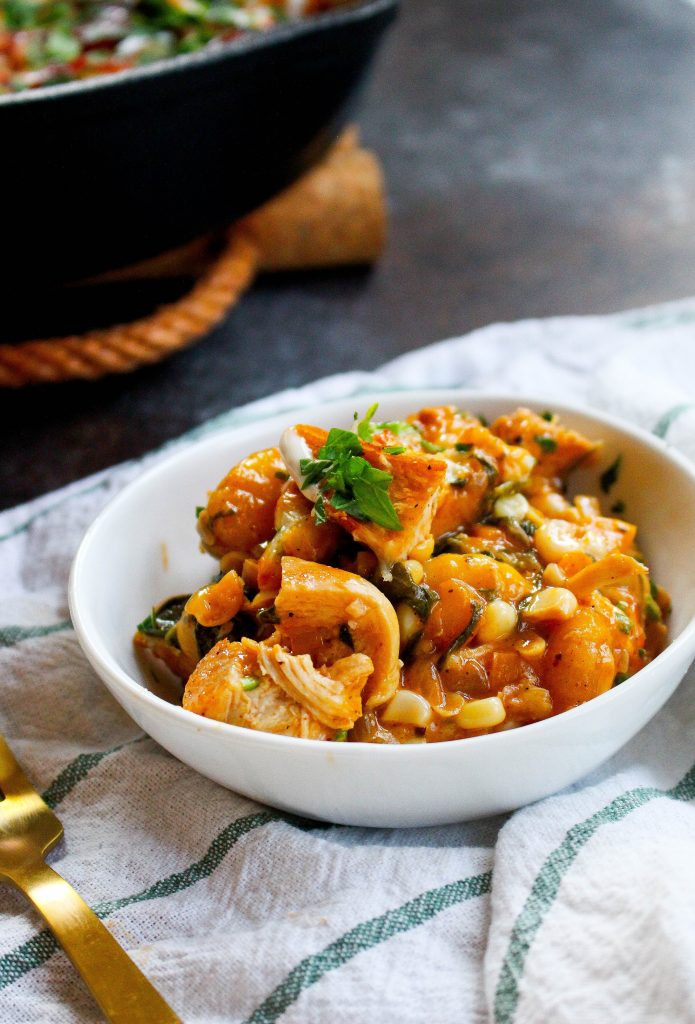 Happy Tuesday! I have the perfect weeknight meal for you today.

Granted, when I told my husband that I was putting BBQ chicken in his pasta, he hesitated. But, in the end, I won him over. And I think I’ll win you over too.

This dinner is weeknight perfection for a number of reasons. The first being that it comes together in about 30 minutes. The second being that it all happens in ONE PAN. The third being that it makes A LOT of food and could feed a family of four for a couple nights, easily. Serve this alongside a simple salad, and you are all set. 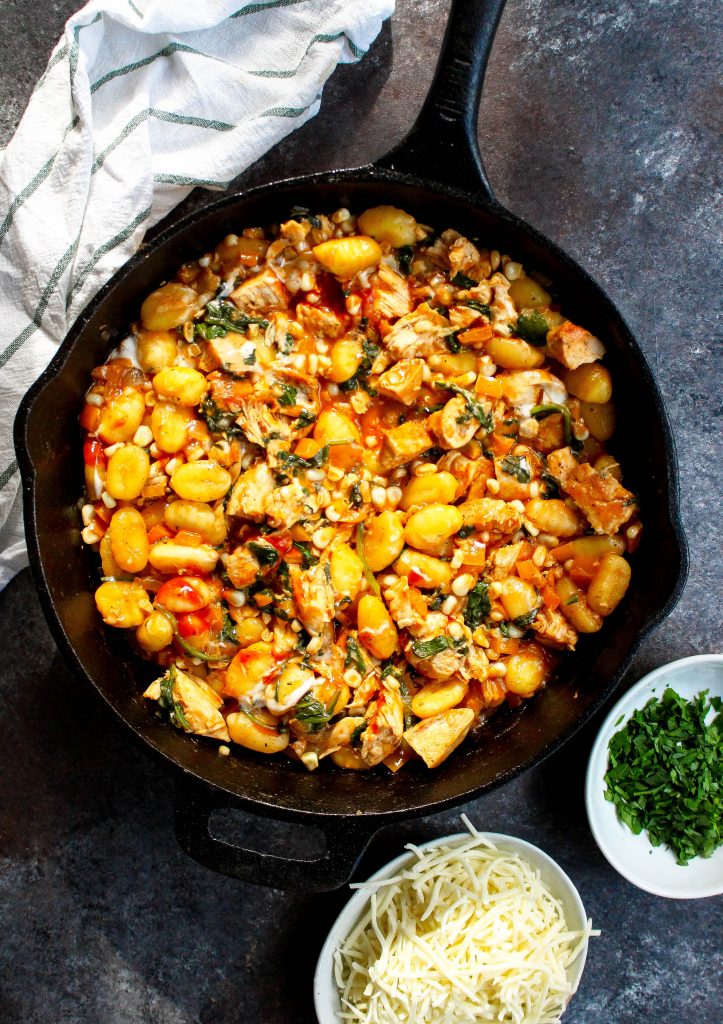 The most important reason I have declared this weeknight perfection, though, is how freaking delicious it is! I don’t know about you, but there is nothing worse than a boring mid-week salad masquerading as an entree for dinner. Blah. No thank you. Long workdays require something warm and comforting. And this one fits the bill!

This meal is one of those funky brainchildren of mine that came to fruition after much hesitation. Like my husband, I wasn’t sure if BBQ chicken gnocchi should be a thing. BUT! The resulting meal is really, really tasty. And comforting. And chock-full of goodness. Despite the fact that there is a substantial layer of melty cheese going on here, this dish is one that I can still deem healthy-ish. Look at the ingredients list below. Not too shabby! 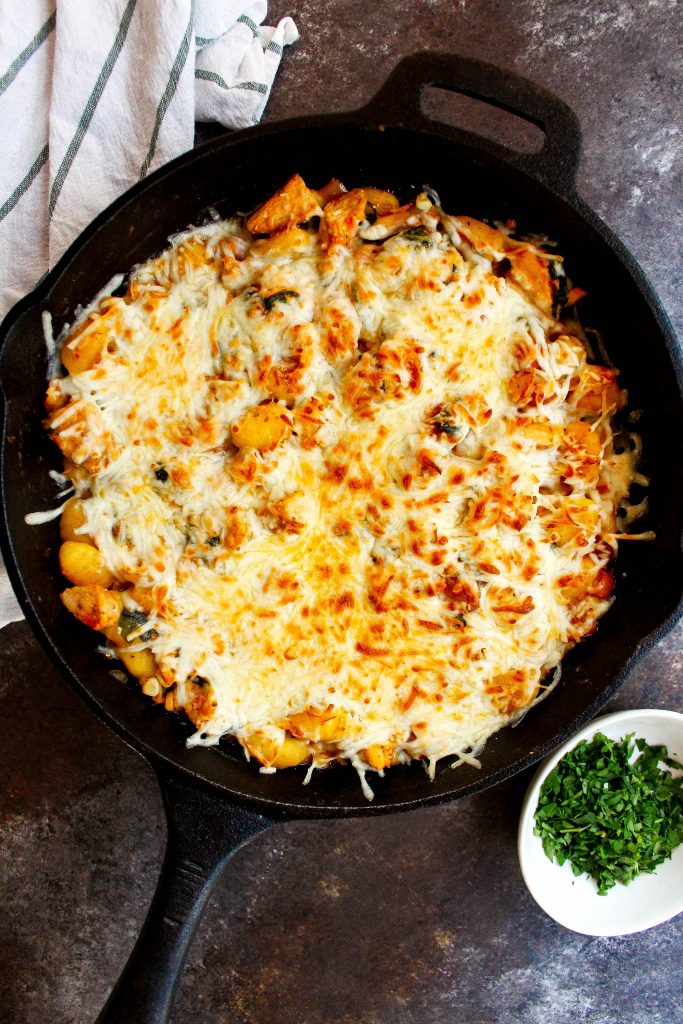 I crisp up some storebought gnocchi (because, hello, it’s a Tuesday. We’re not making gnocchi from scratch) in a pan with a little olive oil, just to give them a touch more flavor and texture. Then, chicken breasts go into the pan along with a ton of veggies.

BBQ sauce (just use your favorite brand) and a drizzle of ranch dressing (or a glug! I am shameless when it comes to ranch) go into the pan for some flavor and moisture and the whole shebang simmers away until everything is tender and juicy and delicious. 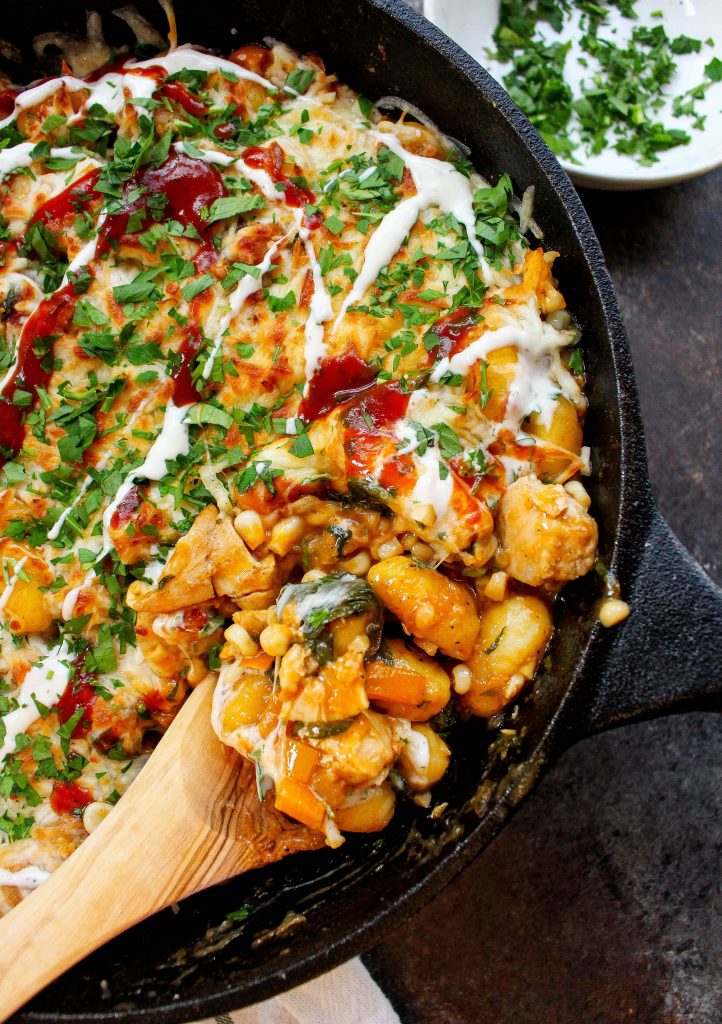 To seal the deal on deeming this delectable, I top the entire pan with a layer of grated cheese. I went with Monterey Jack here because it is my favorite melting cheese, but you could definitely swap in mozzarella or cheddar here. Whatever works for you! The idea is to pick a cheese that will get gooey and creamy on top.

Garnish with some fresh herbs and another drizzle each of BBQ sauce and ranch dressing (See? Shamless). 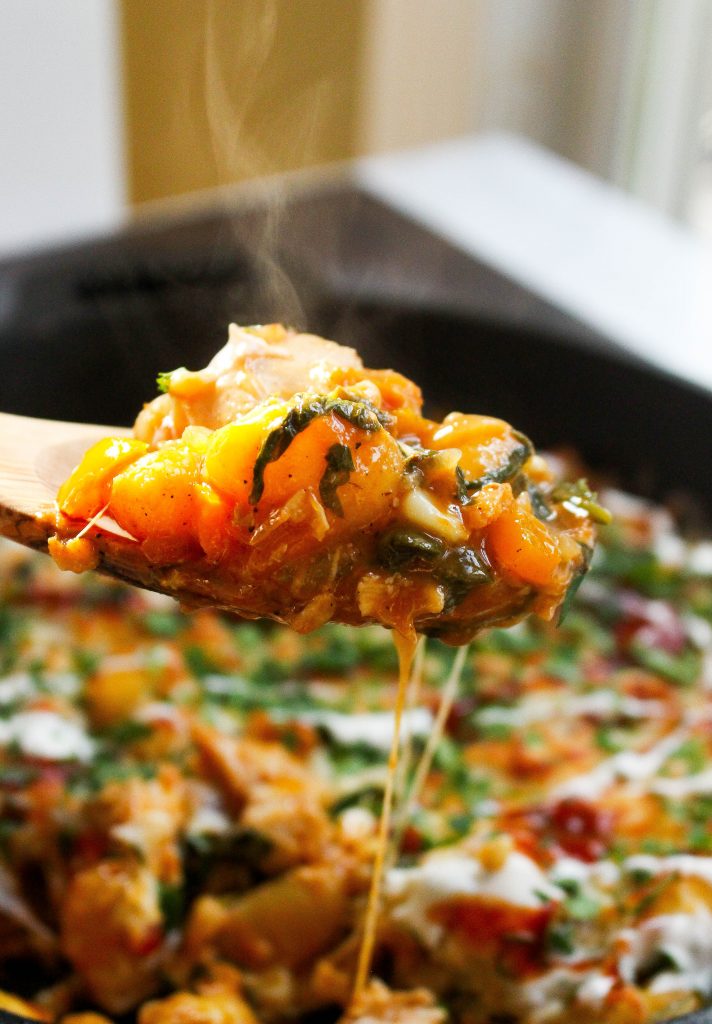 All that’s left to do is to go to town.

Serve this gnocchi up in big bowls and eat it curled up on the couch with a blanket, while you binge on Friday Night Lights on Netflix (I’m mid marathon right now), and you’ve got some serious weeknight perfection going down. 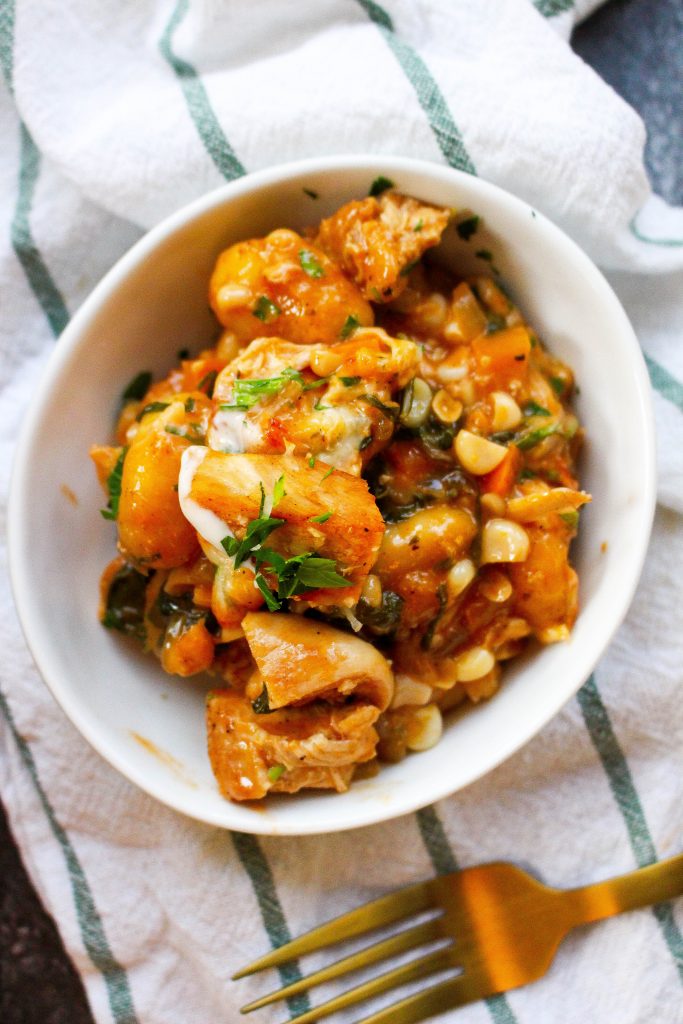 The only thing that’s missing is a glass of wine! An easy fix, friends. An easy fix.