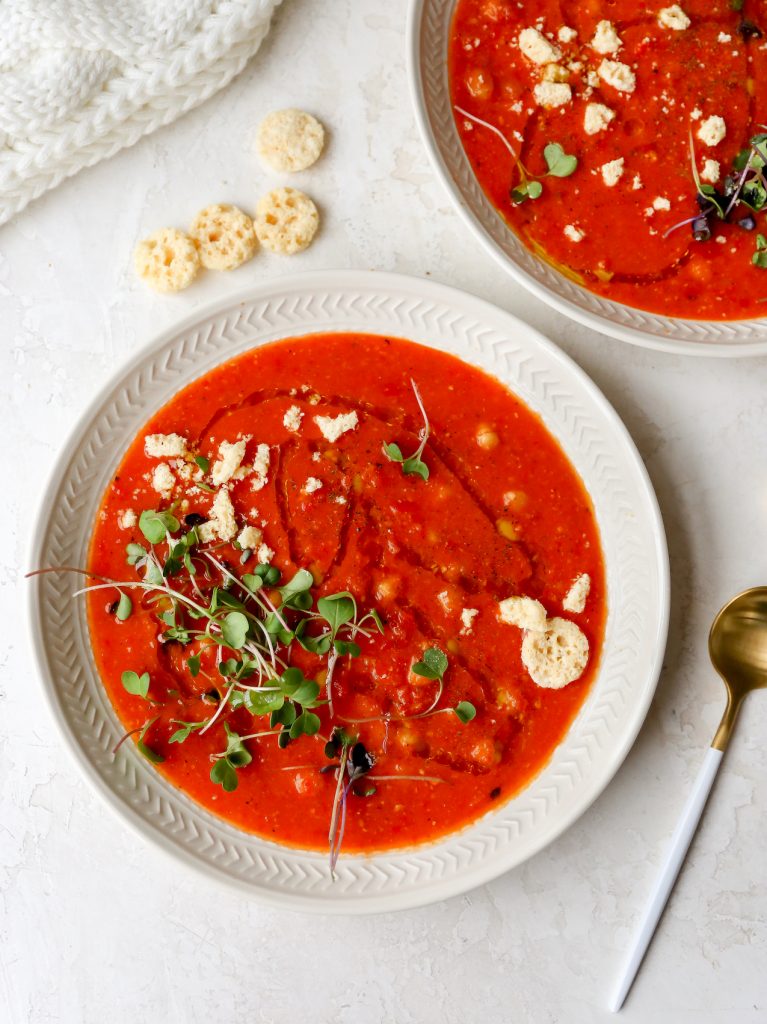 We have been freezing our bits off lately!

The temperatures dropped drastically this past weekend, and while this winter has been nothing but mild so far, the cold has me craving all the cozy things.

First up on my cozy list: soup. Always and forever.

I have talked about this time and time again here on the blog, but I am a soup fanatic. There is simply nothing better on a freezing winter evening than a piping hot bowl of soul-warming soup. I also love that making a big pot of soup usually means that I don’t have to cook dinner for a couple nights in a row. That might be the best part. 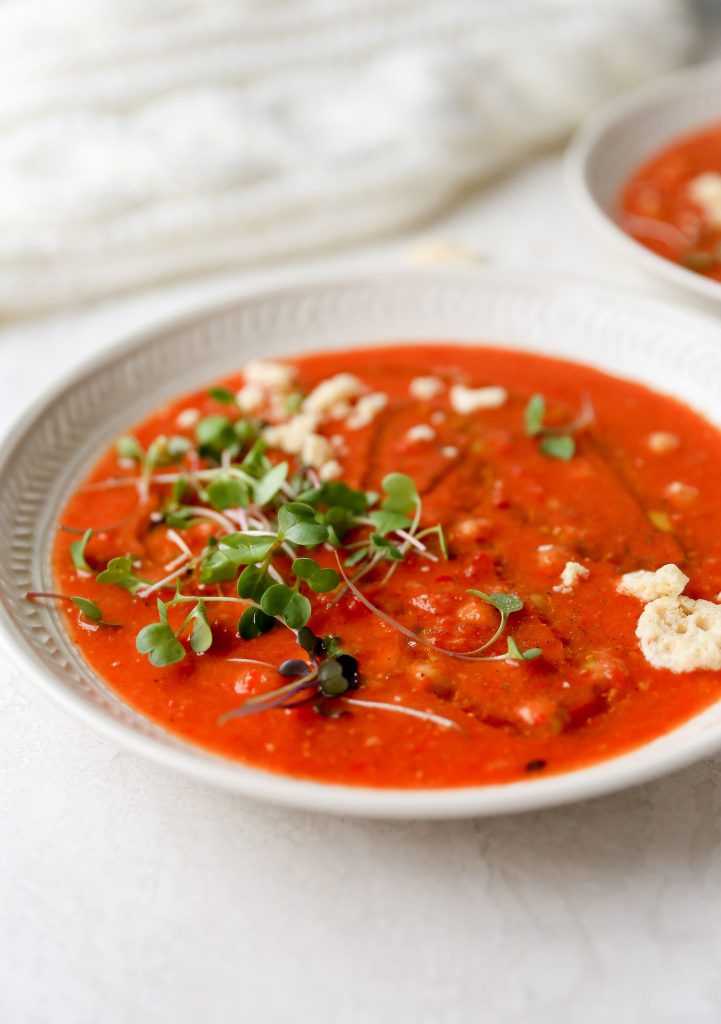 If you’re like me, you’re still in the healthy-ish eating mindset, and this roasted red pepper and chickpea soup is just the thing! It checks everything off on the soup list for me.

Second, its main ingredient is one of my favorite things on earth: roasted red peppers. I adore them, especially in soup form. They’re sweet, smoky, and savory all at once. Dan calls me a pepper freak, because I’ll take them in any form at every meal. 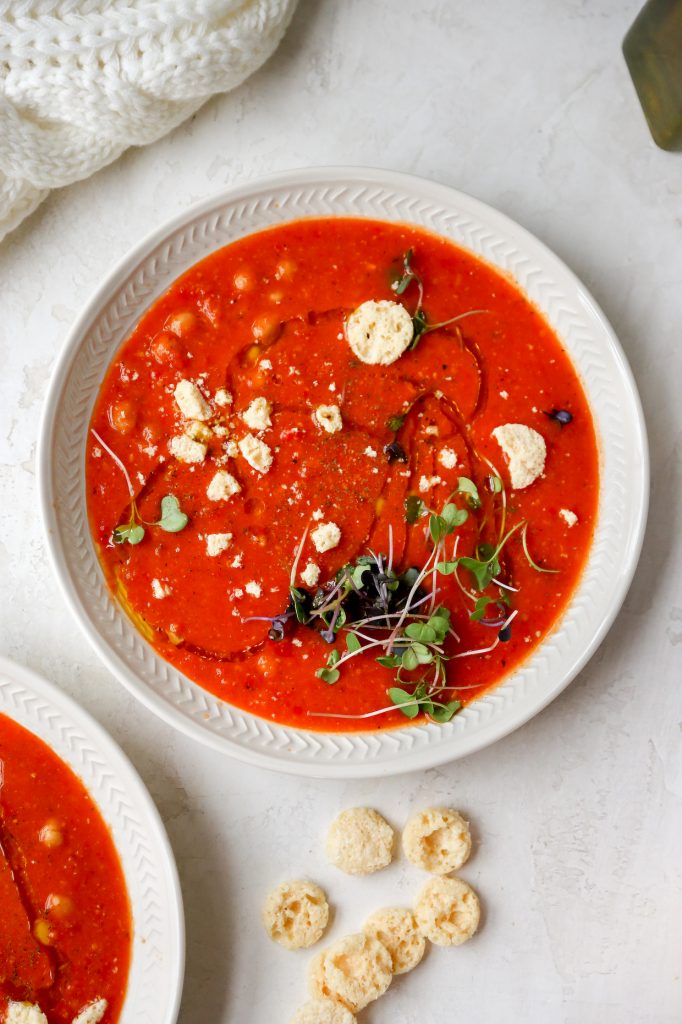 Third, this soup is really, really good for you! It is dairy and gluten free (if that’s your thing), vegan, and every single ingredient is healthy. But the flavor is nothing short of spectacular, and it does leave you satisfied despite being light.

I’ve said this before, but I don’t follow a dairy or gluten free lifestyle, mainly because they are two of my favorite parts of eating, haha, but it doesn’t mean that I don’t occasionally make meals that are focused elsewhere. Some of my recipes accidentally turn out this way!

The chickpeas give this soup some protein and heft – AND because we partially puree this soup, they make it feel luxurious and creamy. The addition of oat milk helps with that too. Oat milk is a FANTASTIC dairy alternative for soups like this because it is so thick and creamy on its own. It also is very neutral in flavor, so you’ll never know there are OATS in the soup. 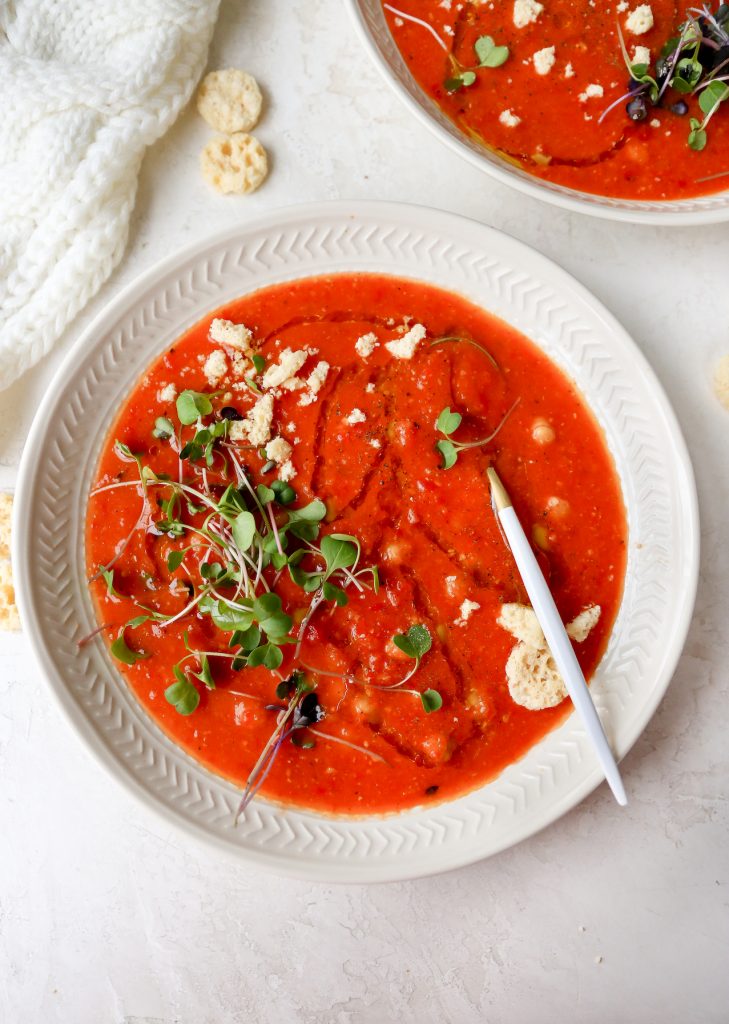 Lastly, I add in some fire-roasted canned tomatoes. They are such a flavor secret weapon for so many recipes, and they add heft and depth to this soup. I like a little splash of vinegar (I used sherry) to brighten things up – especially when canned tomatoes are in the mix. I made this soup twice, once without the vinegar, and it definitely was missing something. So don’t skip it! It won’t make your soup more acidic, I promise.

This meal signifies balance to me. It is vegan and extremely good for you. Which means that I will eat most of it just as is, only with a small drizzle of olive oil, some fresh herbs, and maybe some parmesan cheese crisps (hey, I told you I’m not dairy free). I fully intend on saving at least one bowl of this stuff to have alongside a gluten- and dairy- packed grilled cheese sandwich. 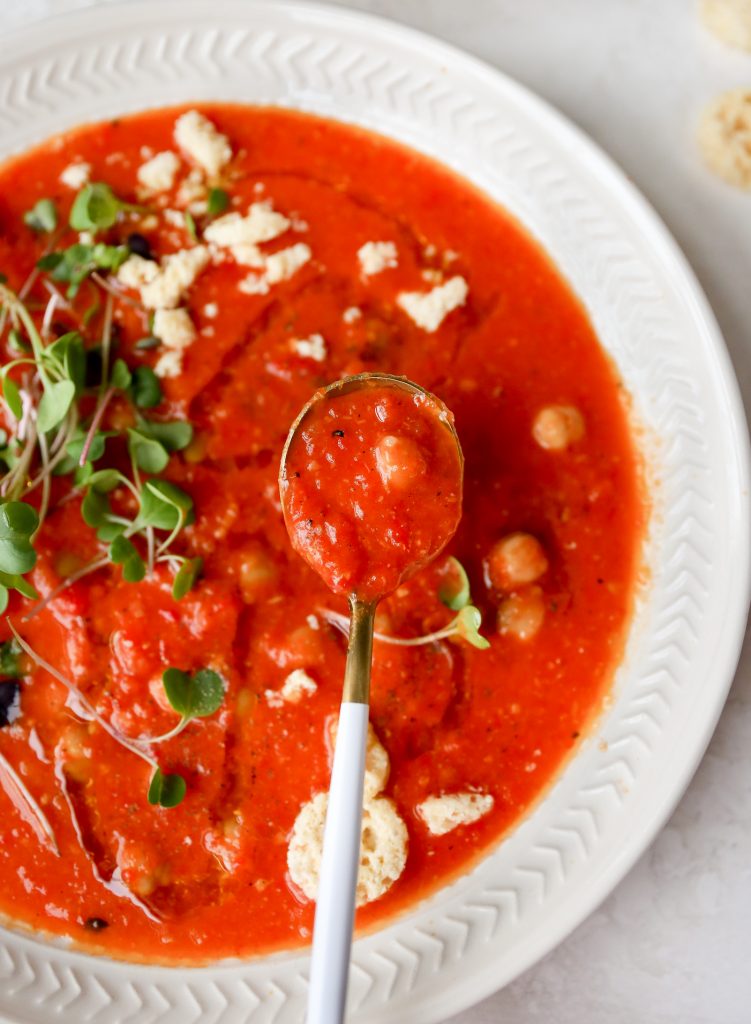 Yes, that is definitely happening.

This Roasted Red Pepper, Chickpea, & Tomato Soup is just what cold weather calls for! It’s cozy and satisfying but also happens to be vegan and free of dairy and gluten. It’s a bowl full of health! 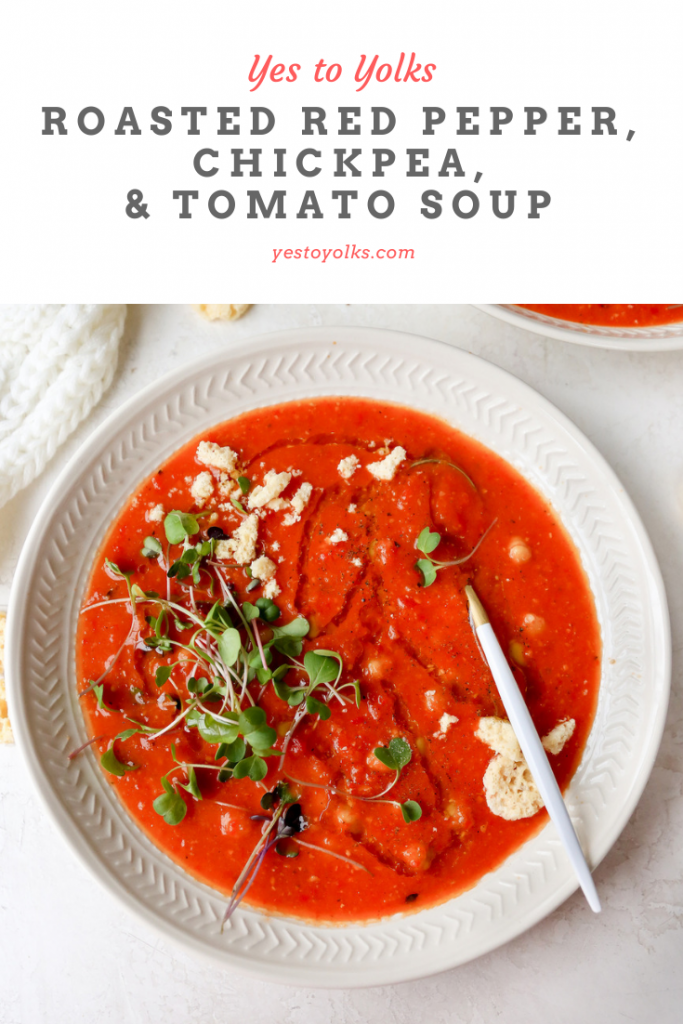