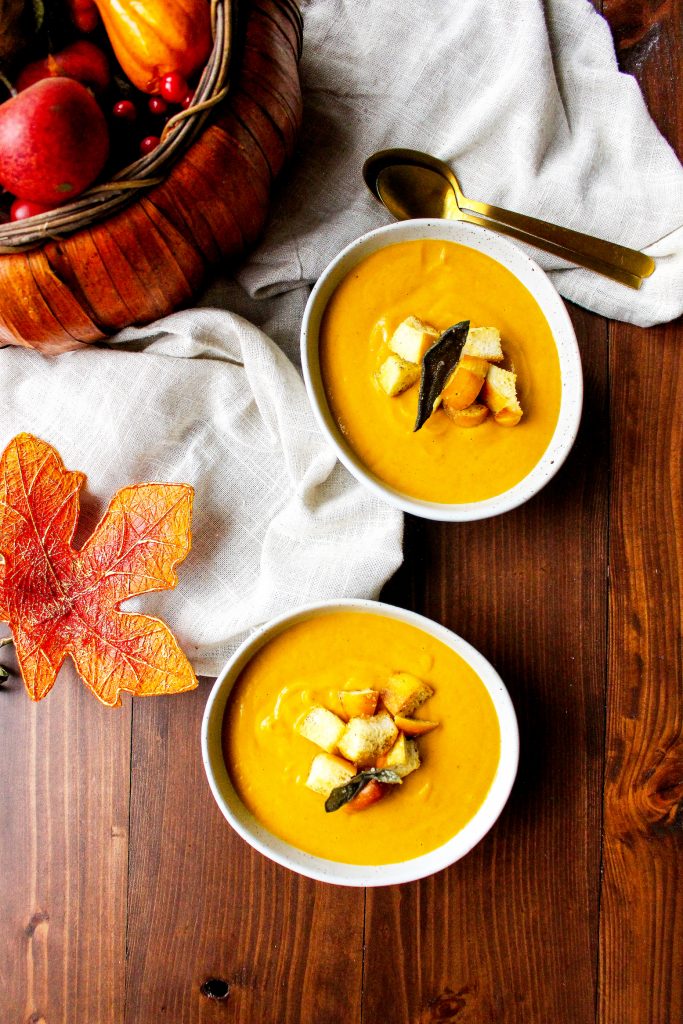 This is my very first post (eek!), and it seems apropos to start off with a soup recipe. Soup is one of my most favorite, go-to meals. I make a pot of soup at least once a week. It’s easy. It’s comforting. It can be totally satisfying. AND, in most cases, it requires a bunch of chopping! OK, so that last characteristic is probably only a positive for me…I find chopping vegetables somewhat therapeutic. I know. It’s weird. 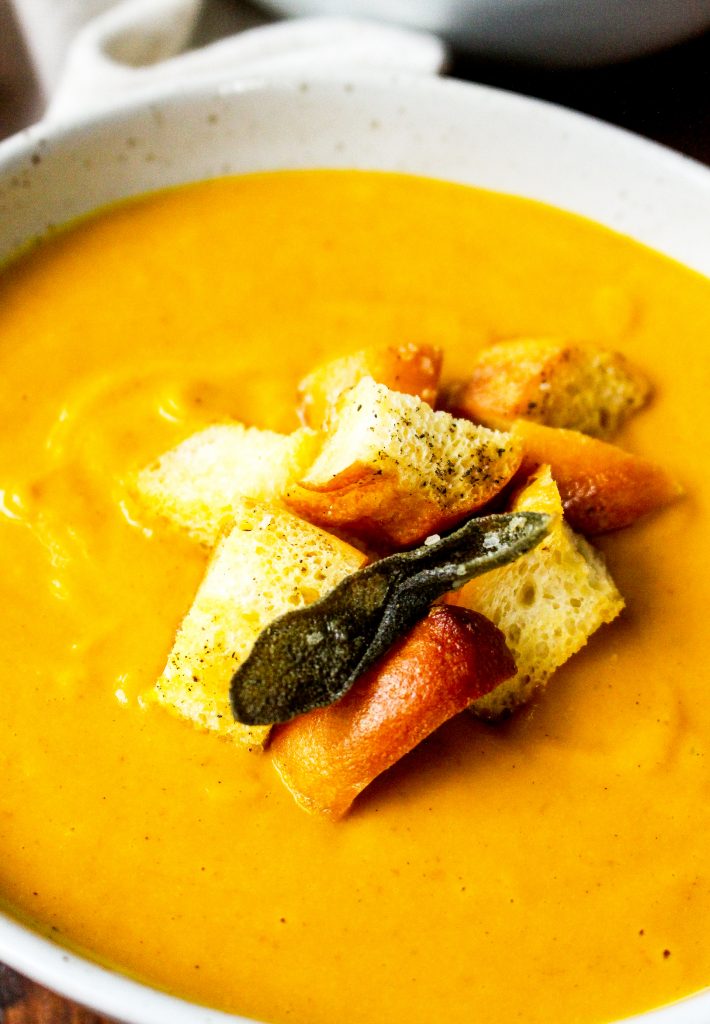 This particular soup is especially wonderful during these crisp, cool fall months. It calls upon those classic seasonal flavors: brown butter, pumpkin, and sage. 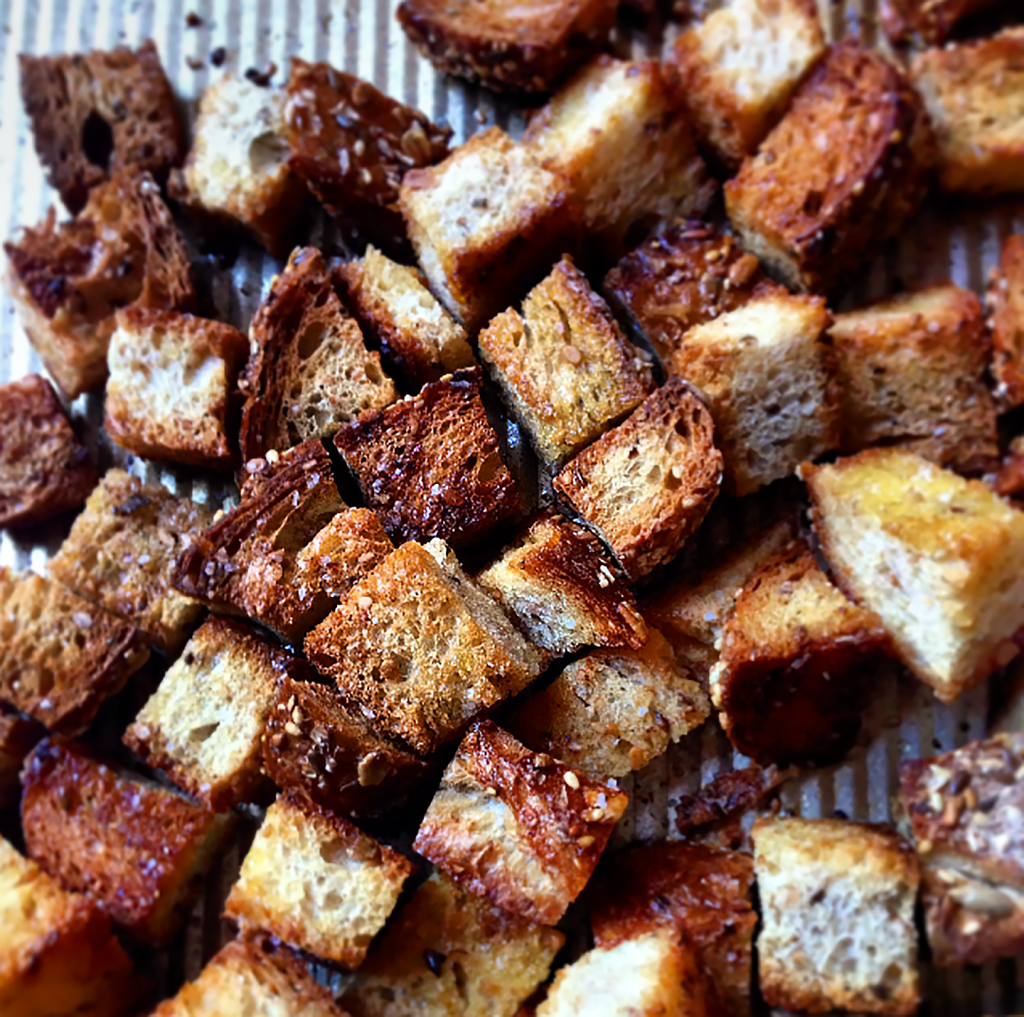 Before we get into the recipe, I have a confession to make: I am a relatively new passenger on the pumpkin bandwagon. It’s almost blasphemous to admit that these days with the abundance of pumpkin and pumpkin spice related goodies around this time of year, but it’s true. I never understood all the hoopla surrounding pumpkin pie. To be completely honest, I’m not even a big fan of pie at all. I would much rather eat my weight in cookies, cakes, or brownies. That said, I think my aversion to pumpkin pie in particular was more related to the texture rather than the flavor. I enjoy the flavor in many things…ice cream, muffins, lattes, ravioli, and this soup. 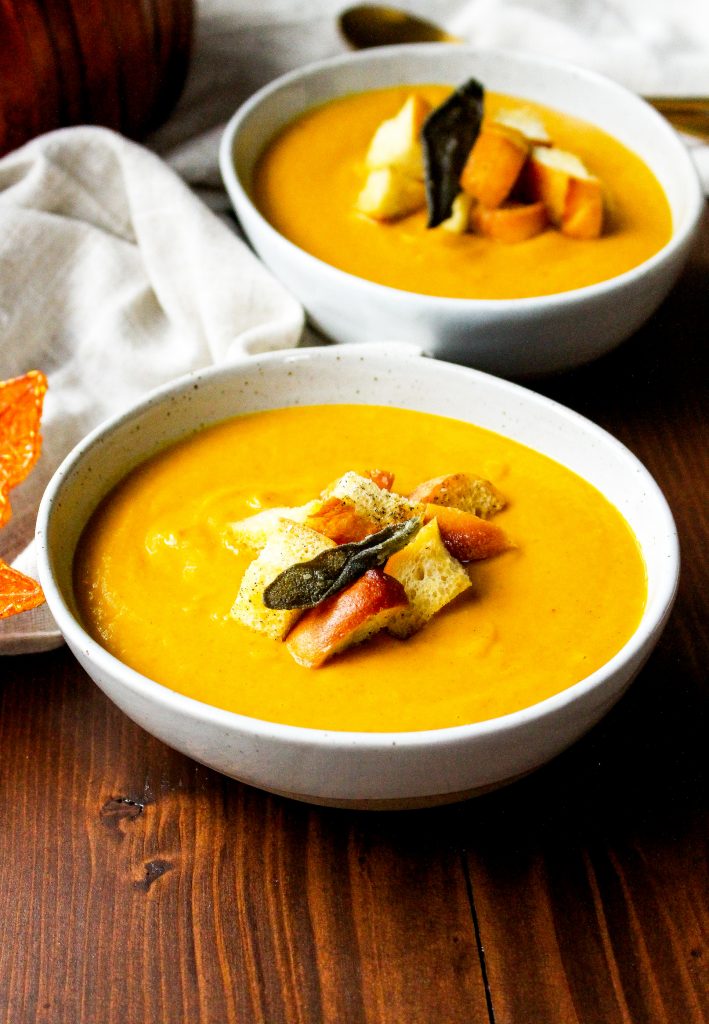 This soup is not sweet like many of the aforementioned pumpkin goodies. Instead, it’s intensely savory with a nice spicy bite from red pepper flakes and warm sage. I do add a drizzle of maple syrup at the end, but that’s mostly for balance, not sweetness. To play up the creaminess of the pumpkin puree, I also add cannellini beans. They add the BEST texture to creamy soups and sauces but without adding the extra fat and calories of cream. Hey, I’m not knockin’ the good stuff…it’s just nice to have an alternative for everyday eating. 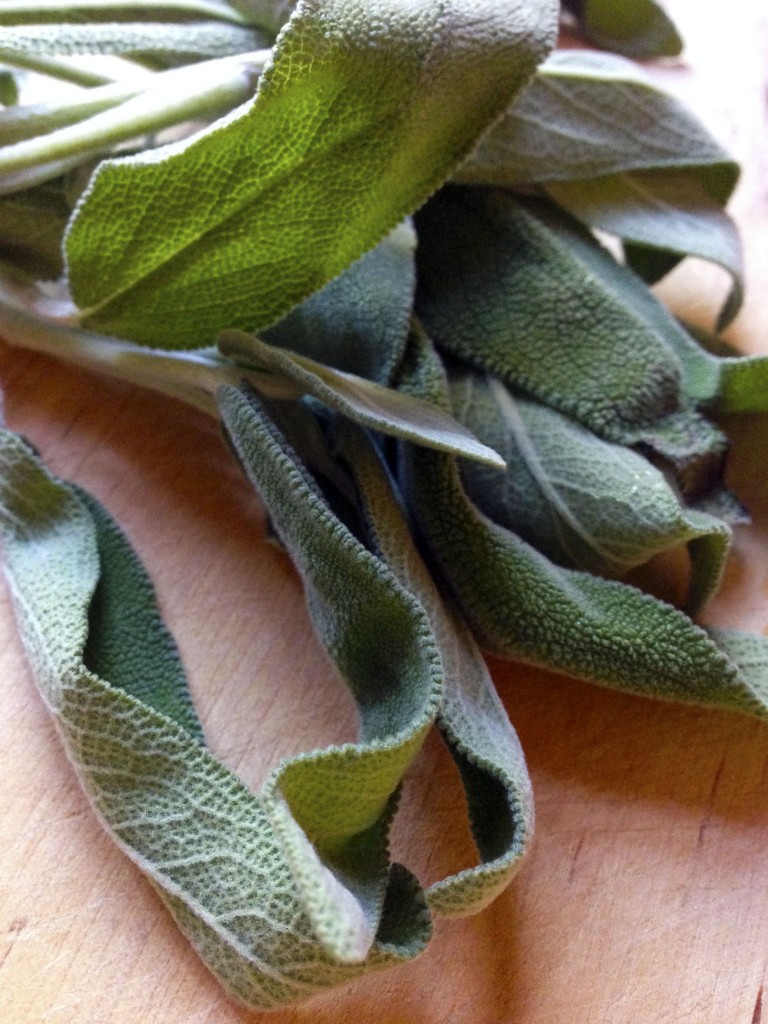 I’m a texture freak. I love a creamy, silky soup topped with something crunchy. In fact, I think it should be a mandatory addition. Enter the AMAZEBALLS croutons. Coated in a light drizzle of sage-infused brown butter and baked until nutty and crisp…they are the perfect compliment to the one-note texture of the soup. I chose to use a seeded multigrain bread because it adds wonderful flavor and…you guessed it…TEXTURE. Sooo good. 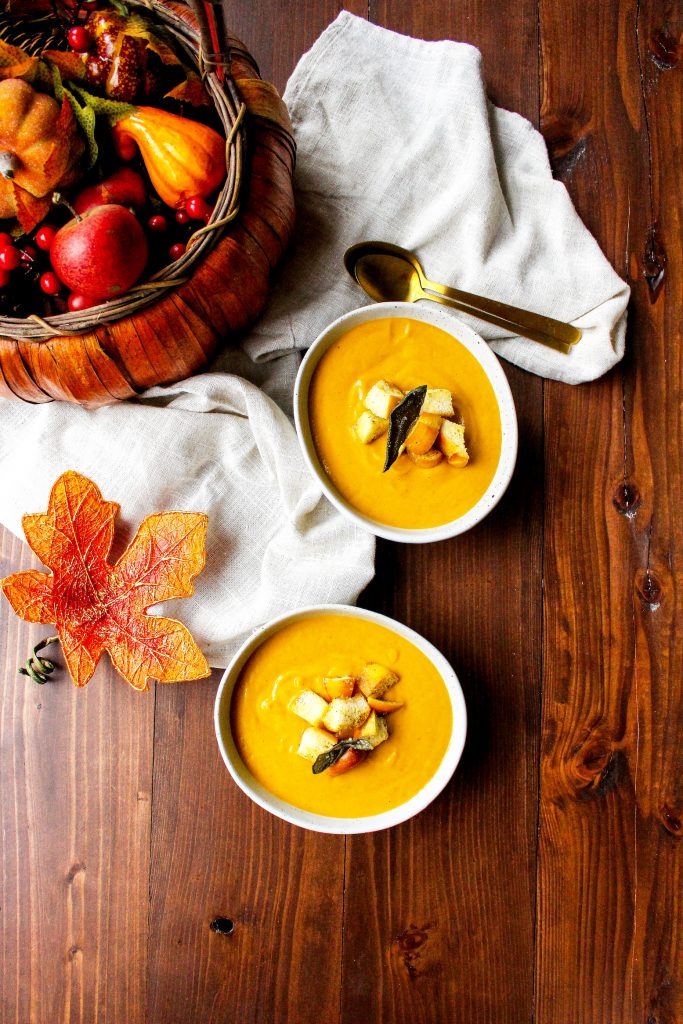 I definitely don’t see myself falling off the bandwagon anytime soon.