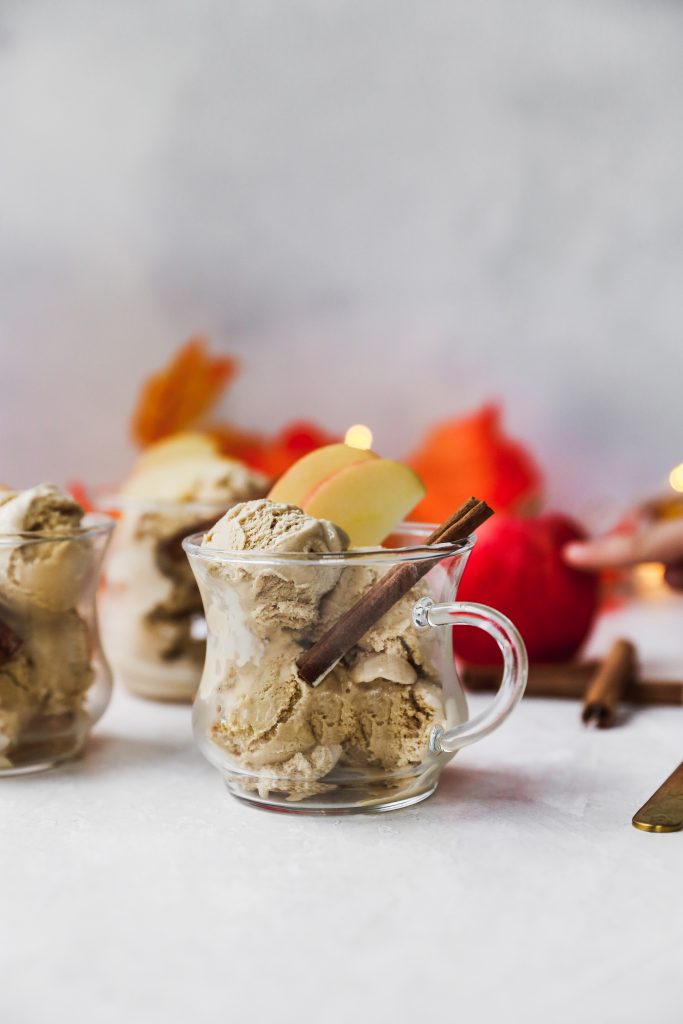 Continuing with my full-on fall obsession, I have a delicious apple-themed dessert for you today.

This ice cream…. gah, it’s so good! Sweet, spicy, creamy. While brainstorming this recipe, I knew I wanted to do something apple-y and definitely spiced up…and I wanted to do an ice cream… somehow, I managed to make it work! 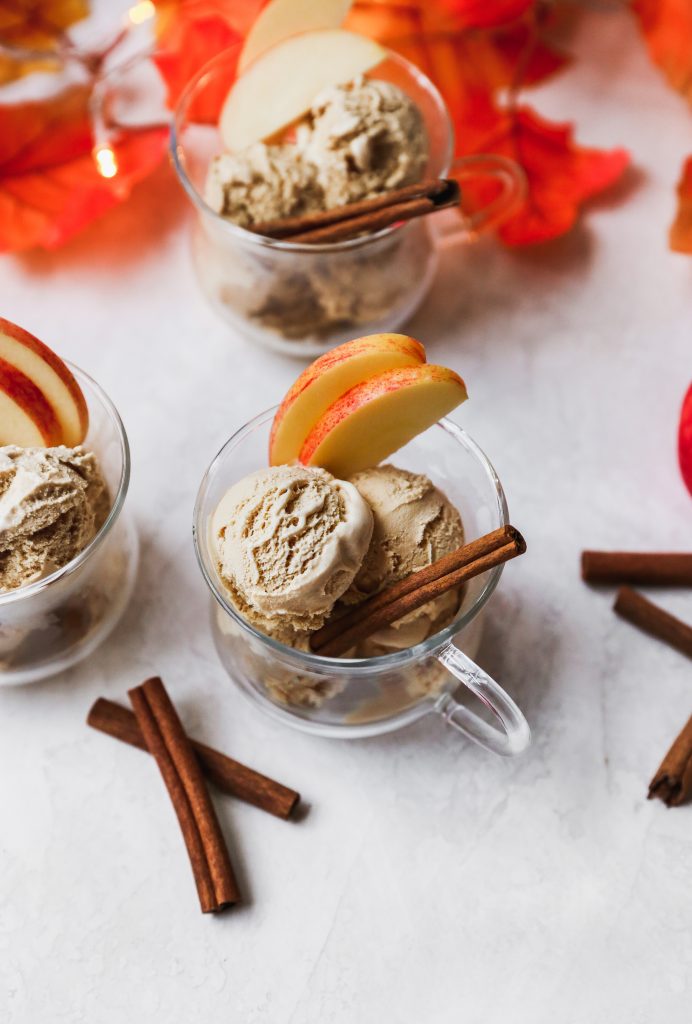 I was nervous at first about this idea. Most people associate cider with being cozy. It’s usually served warm, infused with spices, and sometimes spiked with something more devious. Ice cream isn’t really cozy, per se… But that’s the fun part of cooking! Pushing past the expectations and creating something new. 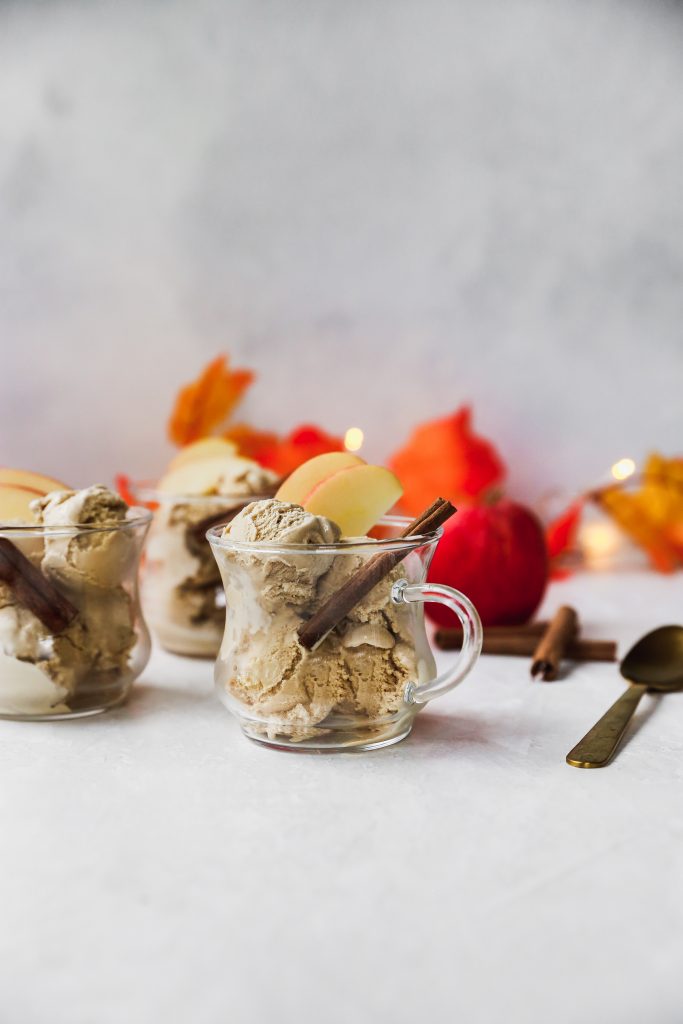 While ice cream may be something that you only want to eat on a hot day (you, crazy person, you), this one conjures up yummy fall food memories. If you really want to keep it cozy, serve this over some hot apple pie or in a glass with some bourbon poured over top. I haven’t actually tried either option, but I’m fairly confident that they would be pretty great. Ice cream and apple pie go together like…well, ice cream and apple pie…duh. And bourbon…well that goes with…er…everything. 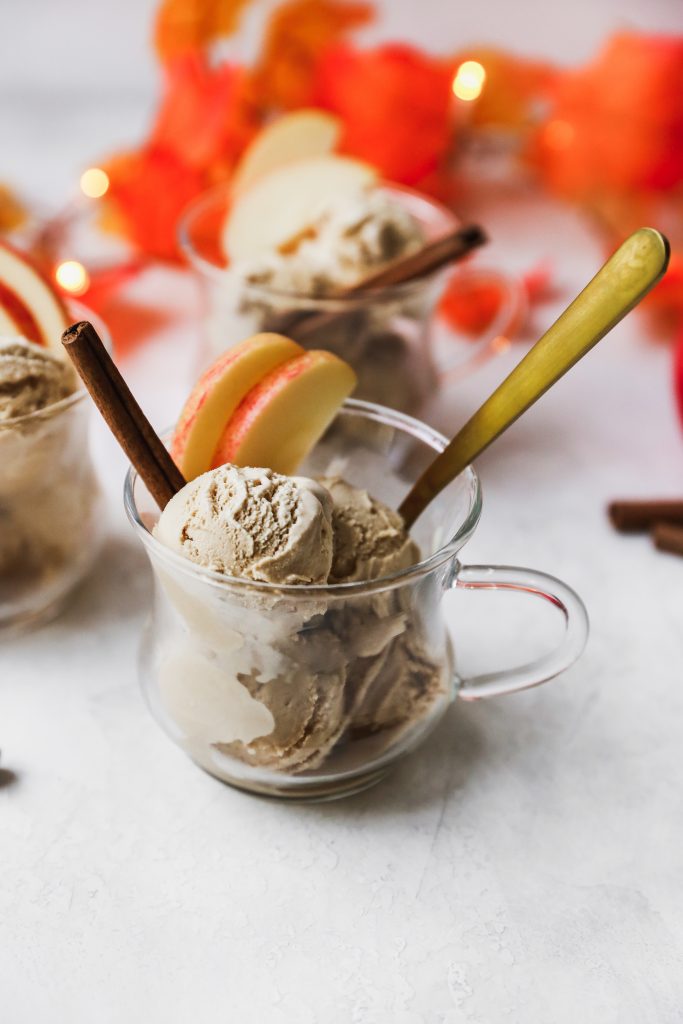 So, layer on some extra blankets and cozy up with a bowl of this ice cream. Who cares if it’s chilly outside? It still TASTES cozy…and delicious. 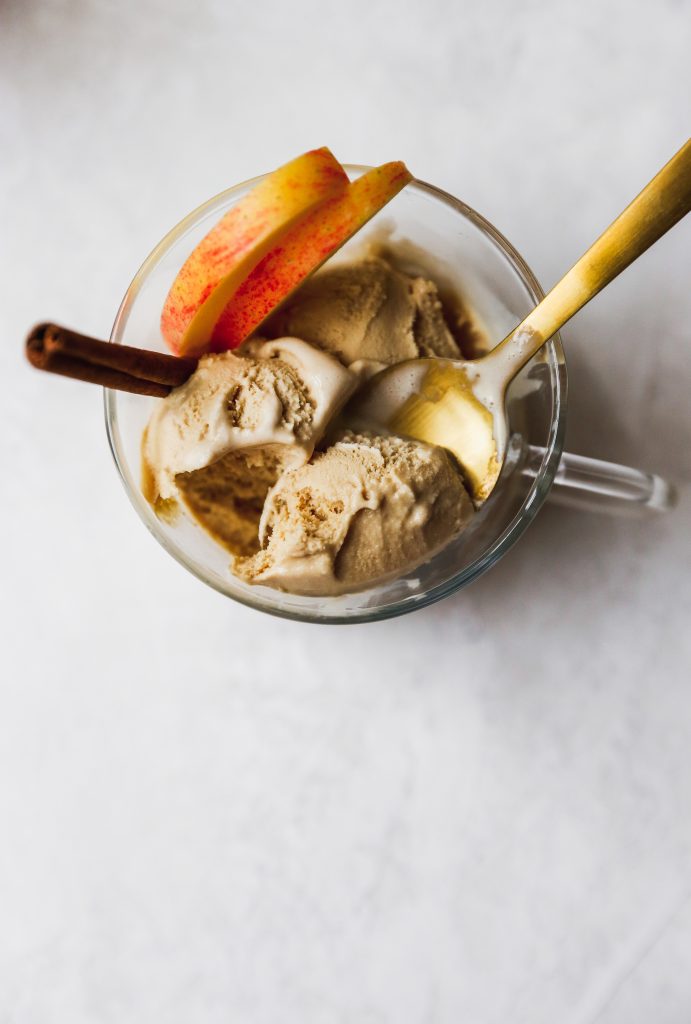 (PS – how many times did I just use the word “cozy”? Five too many? Love me anyway?) 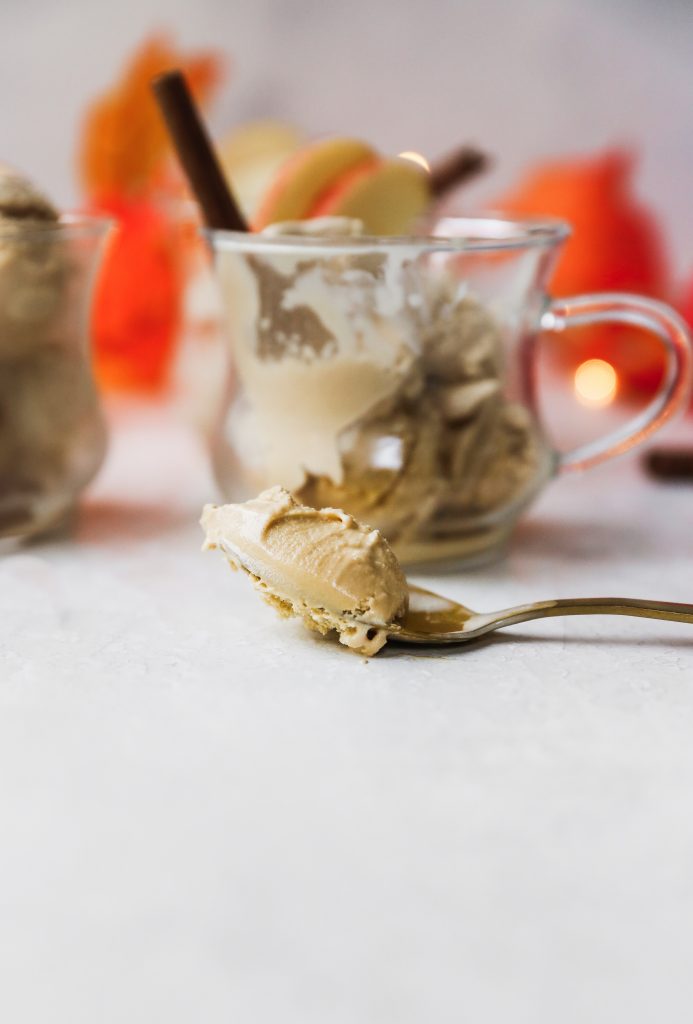 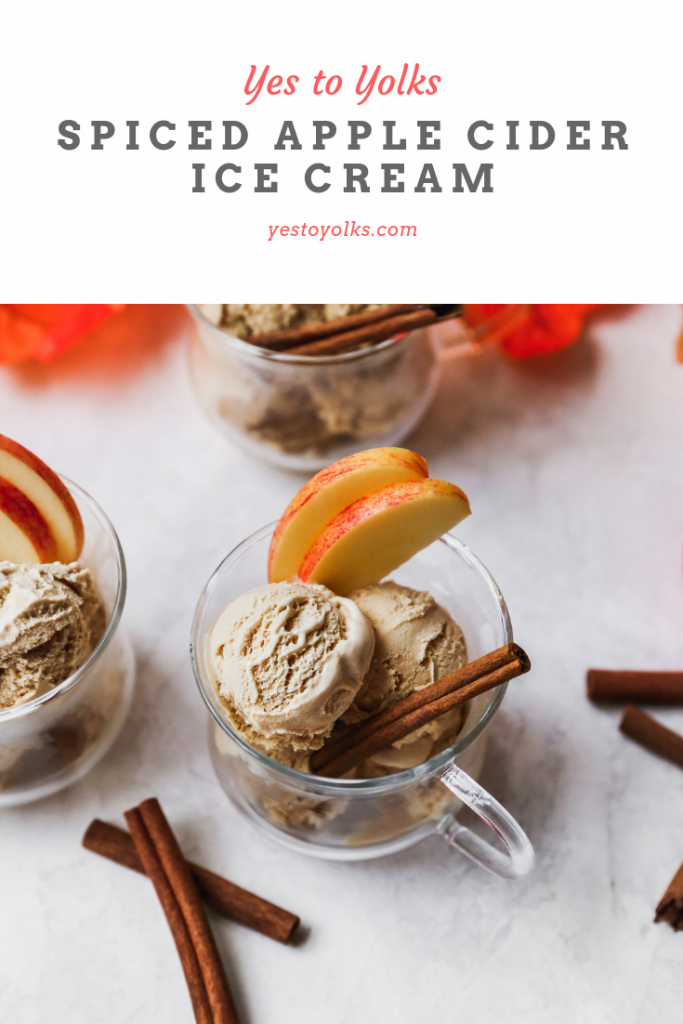