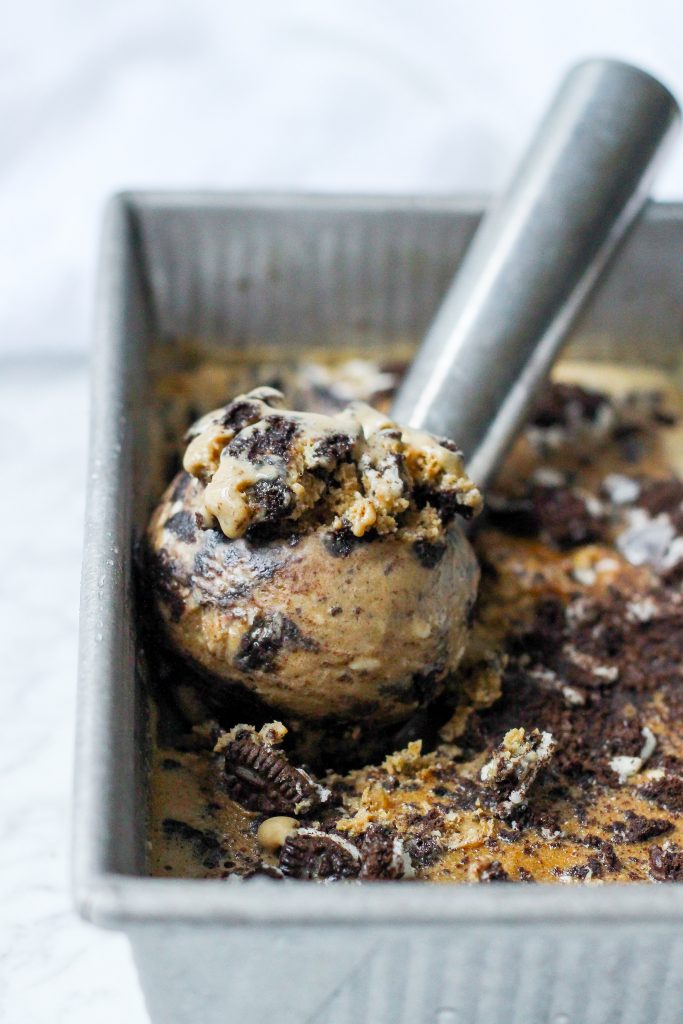 Have I got a treat for you guys today.

This gelato. OMG. There are no words (except I’ll probably write close to 650 or so. You know how I do.) 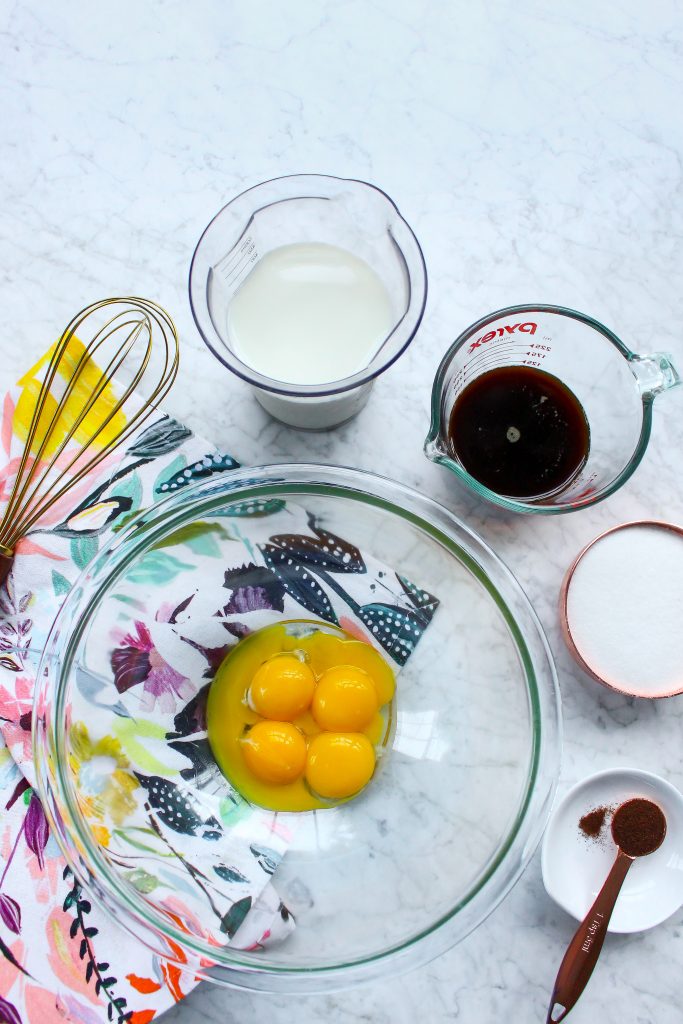 This crazy brainchild recipe of mine was inspired by our trip to Italy earlier this summer. We ate our body weights in gelato while there, sometimes twice a day. Unapologetically. Euphorically. It was glorious. Everyone else usually opted for indulgent flavors like dark chocolate, espresso, cookies and cream, or caramel. I almost always got lemon. I know. So boring. So old lady of me. I can’t help it! It was suuuuper hot and dark chocolate gelato just didn’t feel….refreshing enough for me. Lemon all the way. 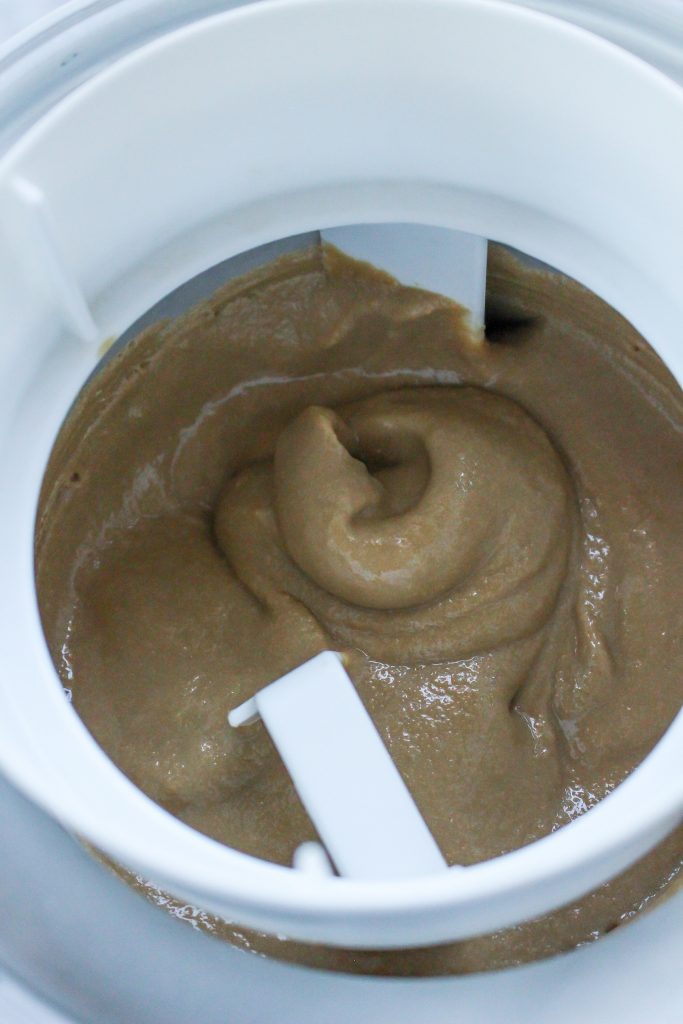 The only other flavor I got during the entire trip was espresso. And good lordy, was it yummy. I was happy to trade in my lemon for once. 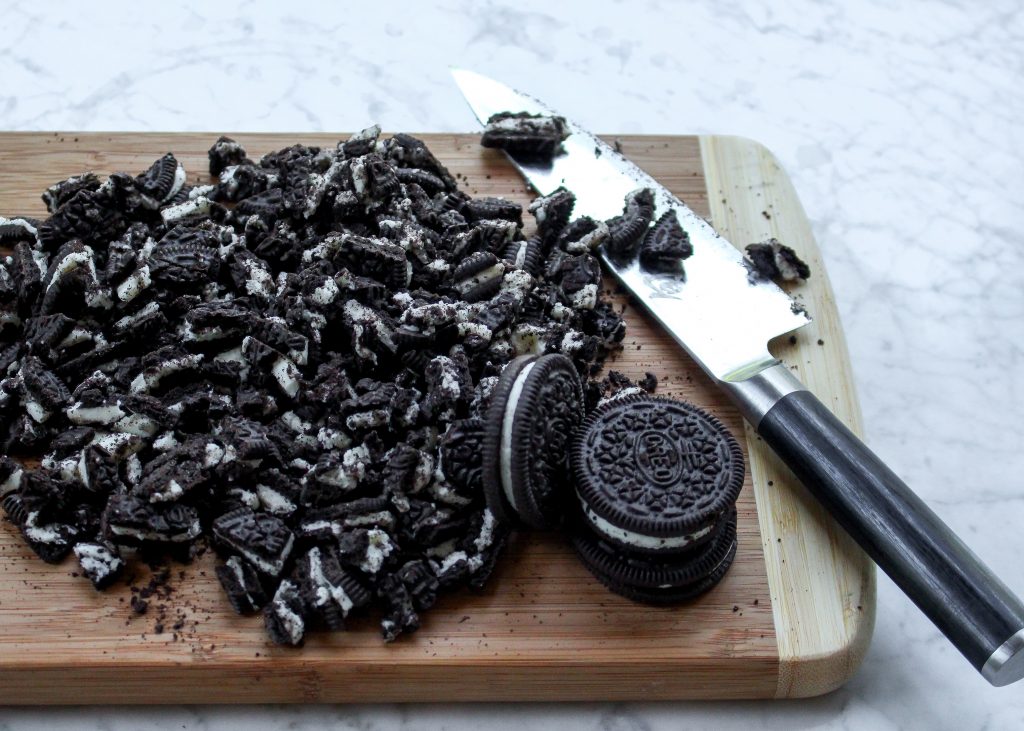 I have always been a big fan of coffee ice cream. Even as a kid, long before I was a coffee drinker, I loved the flavor of sweet and creamy coffee ice cream. It was (and still is) one of my mom’s favorite ice cream flavors, so it was always in the house. Maybe that’s why I love coffee so much now as an adult? I was started young? Shrug. Who knows. One thing I DO know is that it will forever be one of my favorite ice cream flavors, and the gelato in Italy was no different. 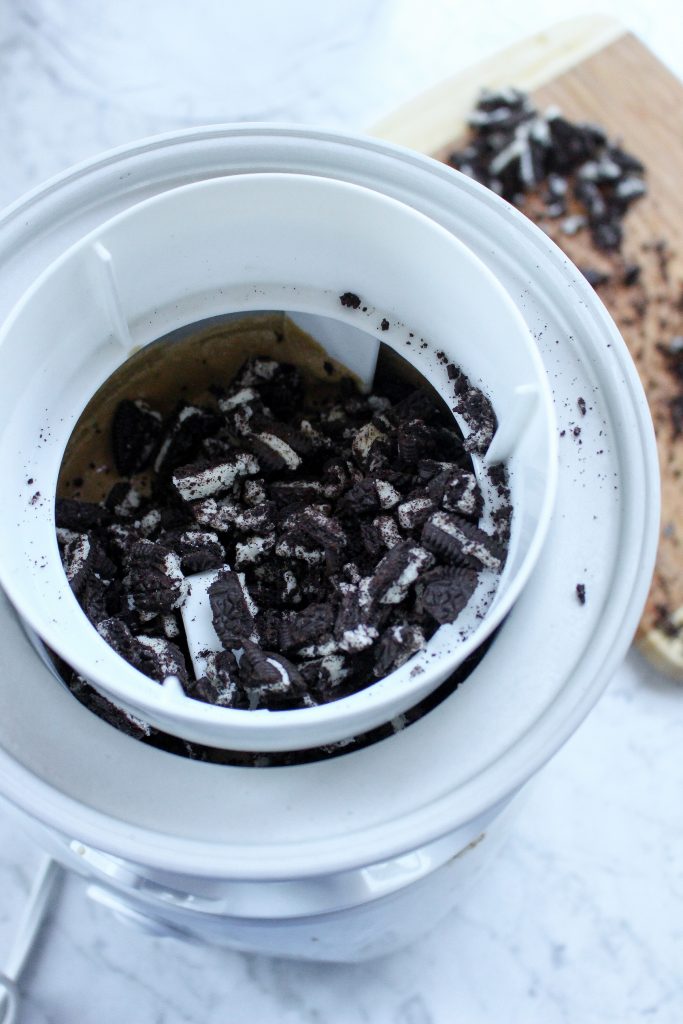 Gelato is soooo freaking good, guys. I don’t know why I don’t make it more often. In Italy, though, it’s even better. Way better than anything we can make here in the States. I suspect it has something to do with the eggs and milk they use. The gelato comes out sooooo incredibly creamy and light. It’s decadence at its best. I could eat it every day (and did!) for the rest of my life and not need any other dessert again. That sounds dramatic, but I mean it. I heart gelato. 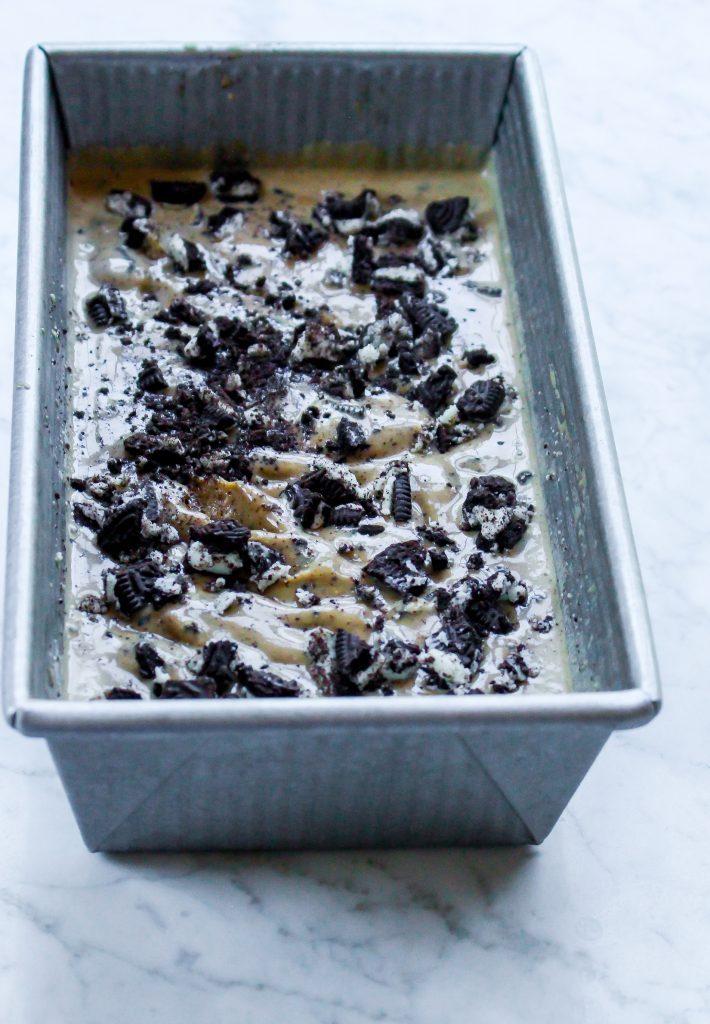 Dan’s favorite ice cream flavors are cookies and cream and peanut butter chocolate. Pretty standard American stuff, huh? In recent years, though, he has been turned onto coffee ice cream (thanks to me). One of the gelato combinations he did quite frequently in Italy was one scoop of espresso and one scoop of cookies and cream. The combo was insane. 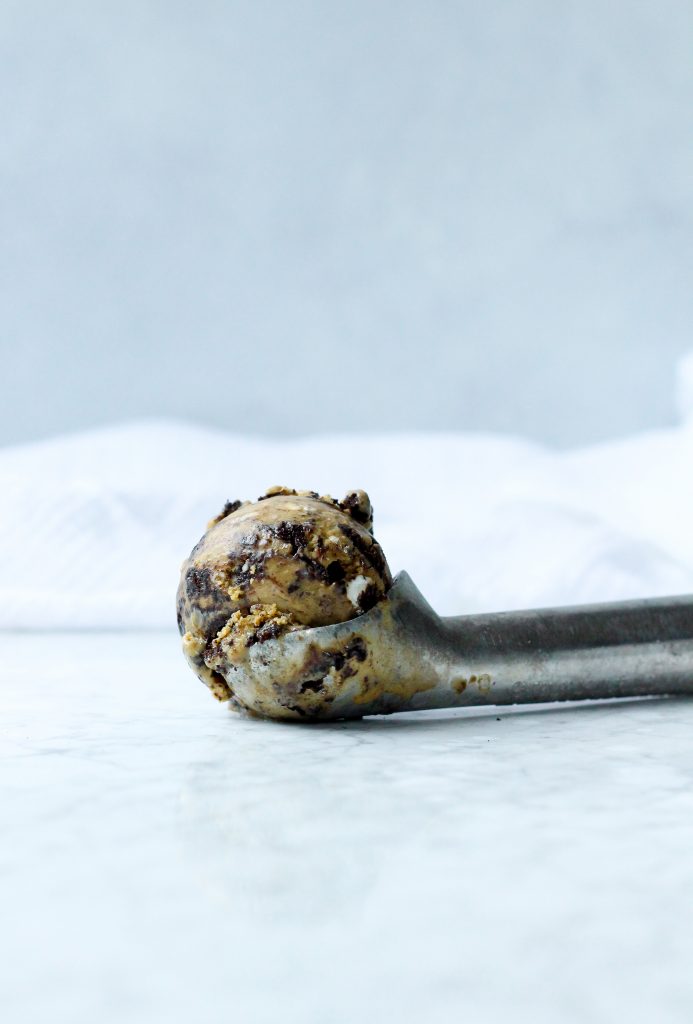 And that is how we ended up here! I told him, while walking around the streets of picturesque Tuscan towns, that I was going to create my own version of coffee cookies and cream gelato at home. He is used to me brainstorming recipe ideas (I do it pretty much constantly, especially while we are eating out), and probably just shrugged it off with a “OK, honey. That sounds delicious.” His token answer. Not an indifferent or annoyed answer, just the classic “OK, you’ve said that about everything we’ve eaten so far today” answer. Hah. I told ya: I DO IT ALL THE TIME. 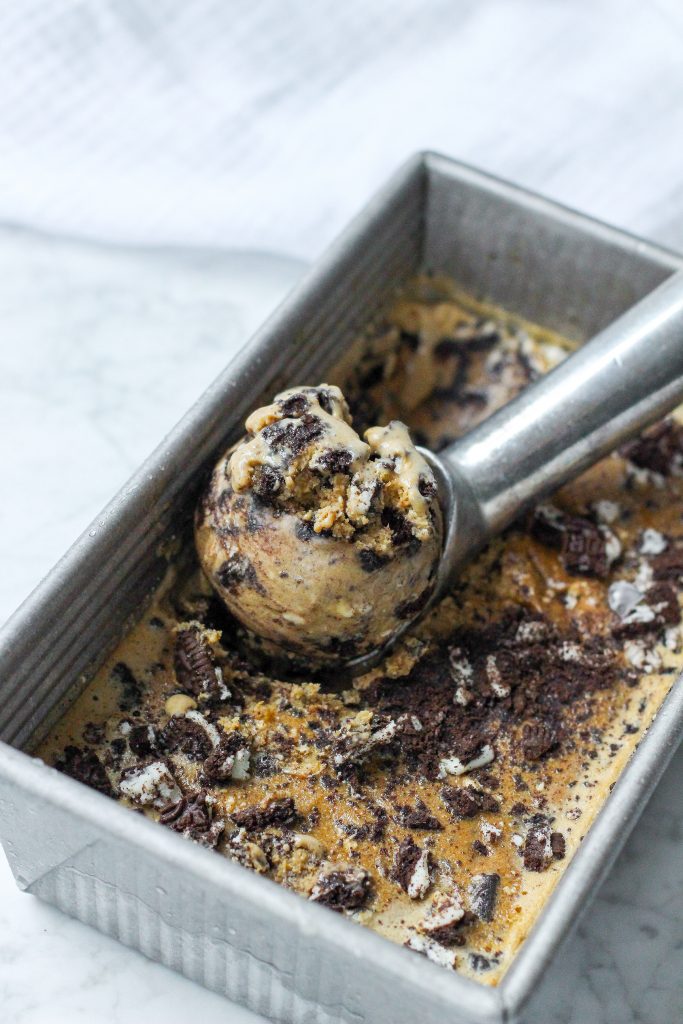 So! He probably didn’t fully believe that I was going to create today’s gelato. He might have thought it was going to be filed away in the “make someday” pile. But nope! I made it happen. And he has never been so pleasantly surprised. 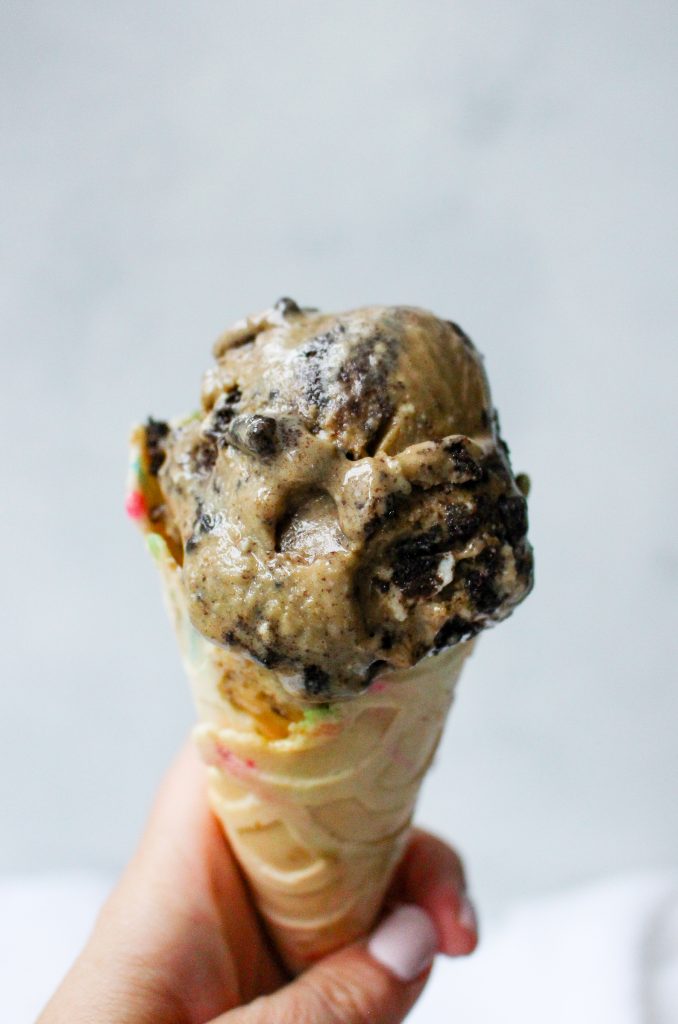 I mean, how could it not be? Coffee gelato (with two kinds of coffee!) swirled with tonnnnssss of chopped/crushed Oreo cookies (disclaimer: I put A LOT of cookies in this. No regrets).

Even a lemon freak like me can get behind this one. 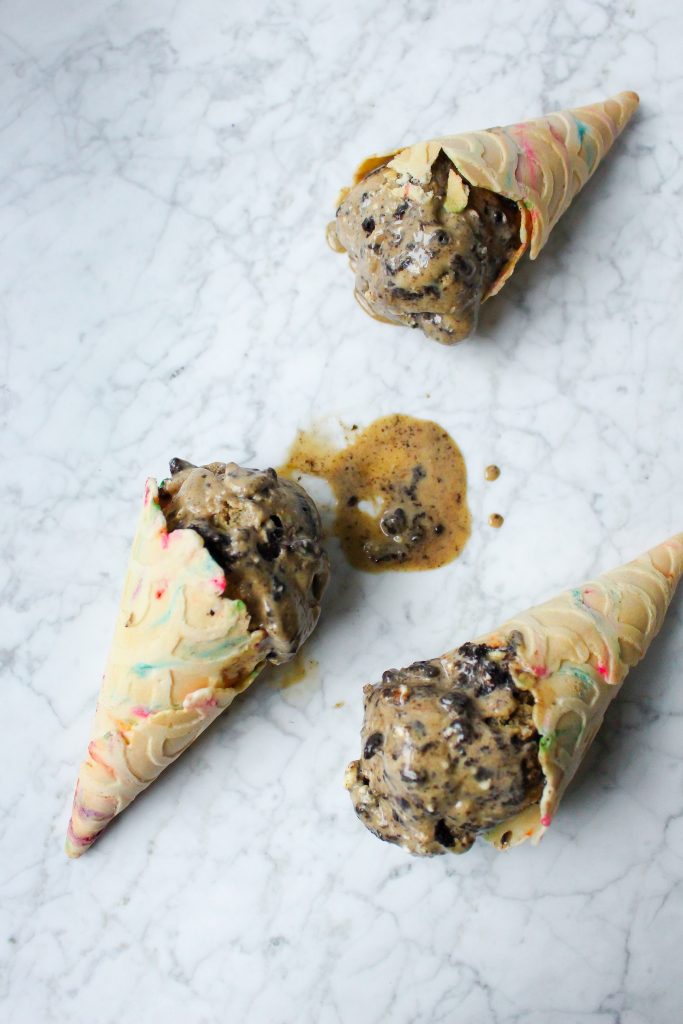