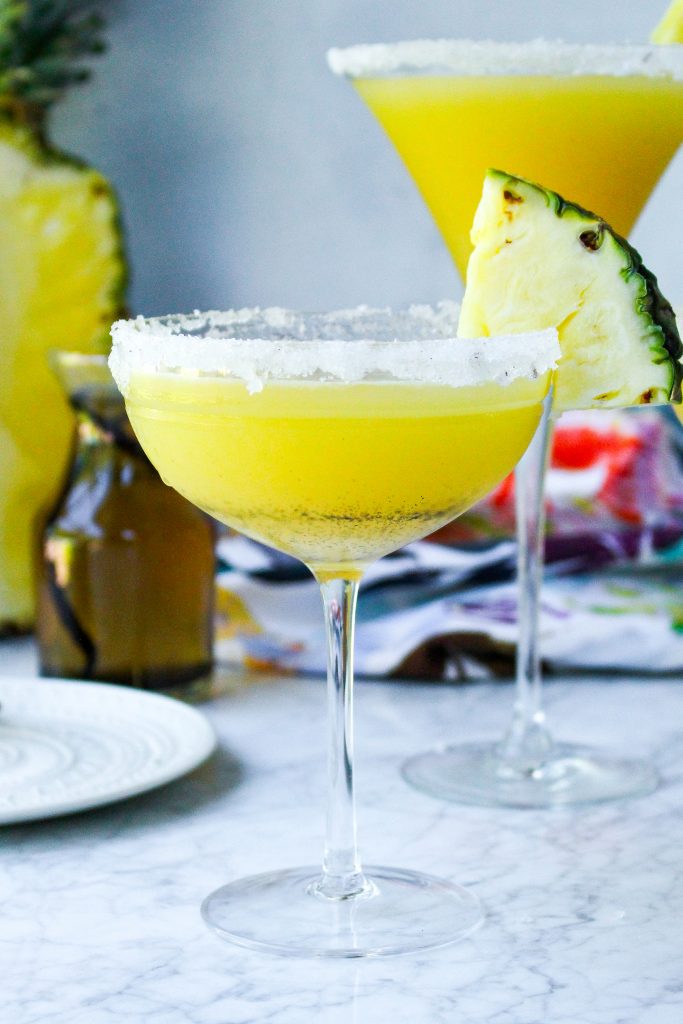 Summer time, and the livin’s easy….

The summer days are fleeting! We have to soak up every second before pumpkin spice invades all aspects of our lives. This coming from the person who just ordered her very first pumpkin coffee of the year yesterday. Shame on me, right? I hate myself just a smidge for that. 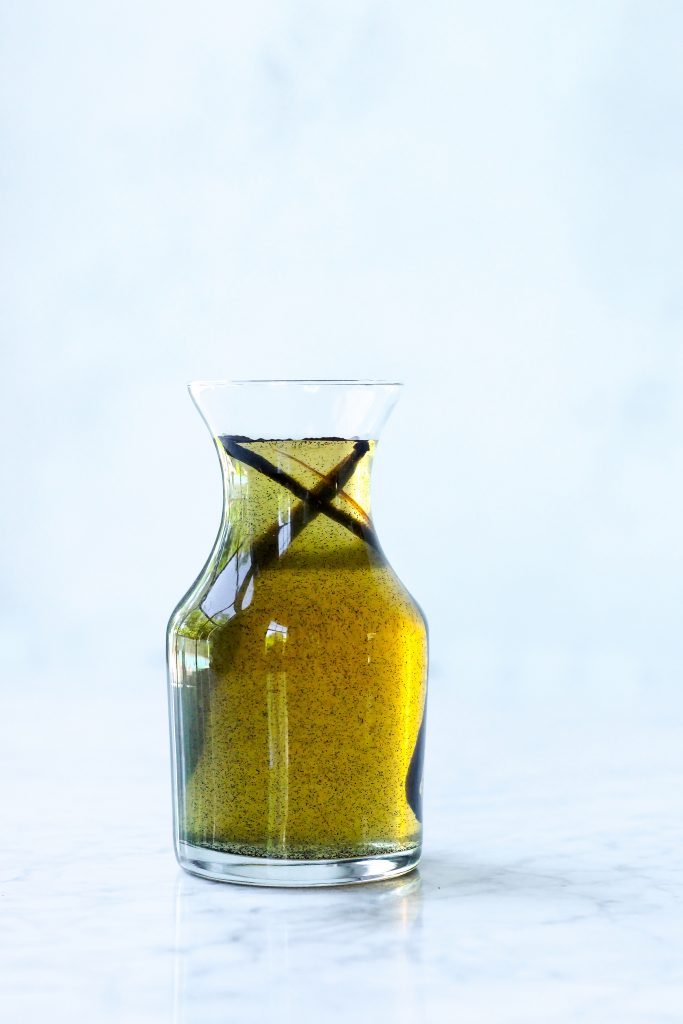 If you’re looking to hold fall (and the impending pumpkin-everything explosion), these pineapple martinis are just the trick! They are MEANT to be sipped poolside or while dining al fresco on a warm summer evening. They are the ideal compliment to the summer haze. Cool, refreshing, sweet (but not overly so!), and DELICIOUS.

Plus, pineapple is SUCH a summertime flavor. Give me all the piña coladas! 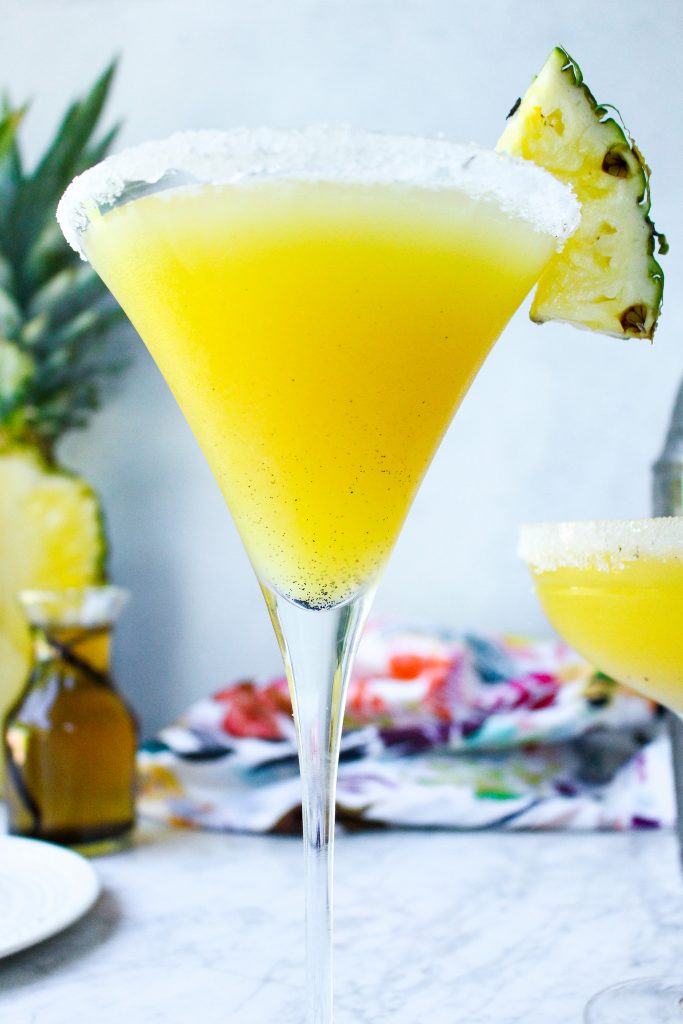 I love making fun cocktails like this at home because they make me feel special. Whenever Dan and I get out on a date night, I always start the night with a martini or cocktail of some start. It just makes me feel like a grown up again (funny how having a toddler around can challenge that notion at times). Every now and then, Dan and I stray from our at-home red wine habit to whip up a fun cocktail like today’s recipe.

I have always been a huge fan of pineapple. Ever since I was a little girl. According to my mom, pineapple back then was a lot harder to find than it is now, and as a result, was waaaay more expensive. So pineapple was somewhat of a treat growing up, and I still hold a special place in my heart for it’s sweet juiciness. When I was pregnant with Kieran, I went through a major love affair with pineapple. Second only to watermelon, it may have been my most-consumed food while preggo. 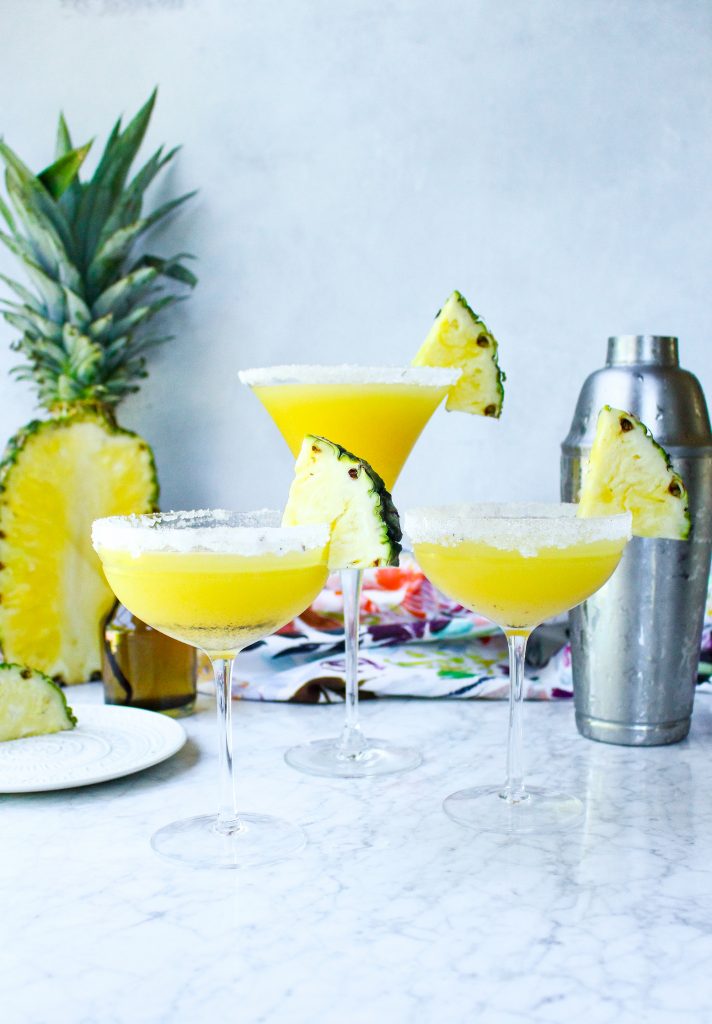 Given my love for it, it’s no surprise that it ends up in my drinks with some regularity. Oh, and my dinners. And my desserts. Even my butter. I’m not exaggerating when I say that I seriously love me some pineapple! 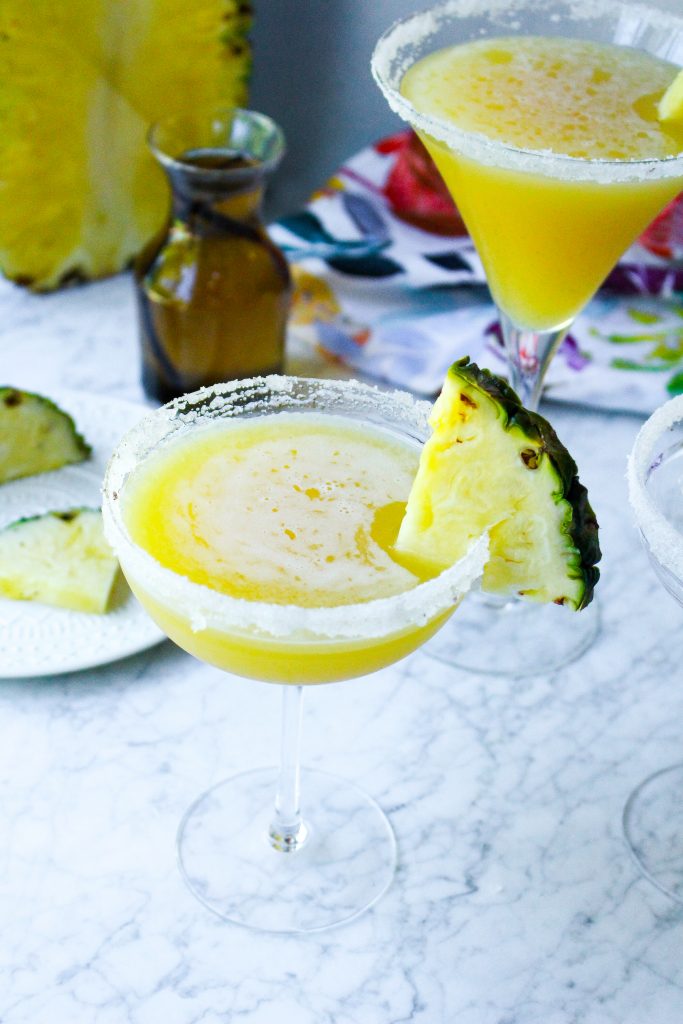 Now, vanilla beans are an investment for sure. Dan and I honeymooned in Tahiti and I stocked up BIG TIME on vanilla beans while we were there. They were sooooo cheap compared to anything you can find in stores or online. Five years later, and I’m still working through my precious stash of Tahitian vanilla beans.

And because I don’t want to use them in just anything, I often sub in this vanilla bean paste. I buy it online in bulk because it works out to be waaaay cheaper than a smaller bottle. It’s still very pricey, but the bottle lasts forever and the flavor is incredible – just like a real vanilla bean! It’s also easier to work with than the real beans, so if you’re a newbie, maybe try out the vanilla bean paste instead. It’s definitely one of my favorite pantry items. 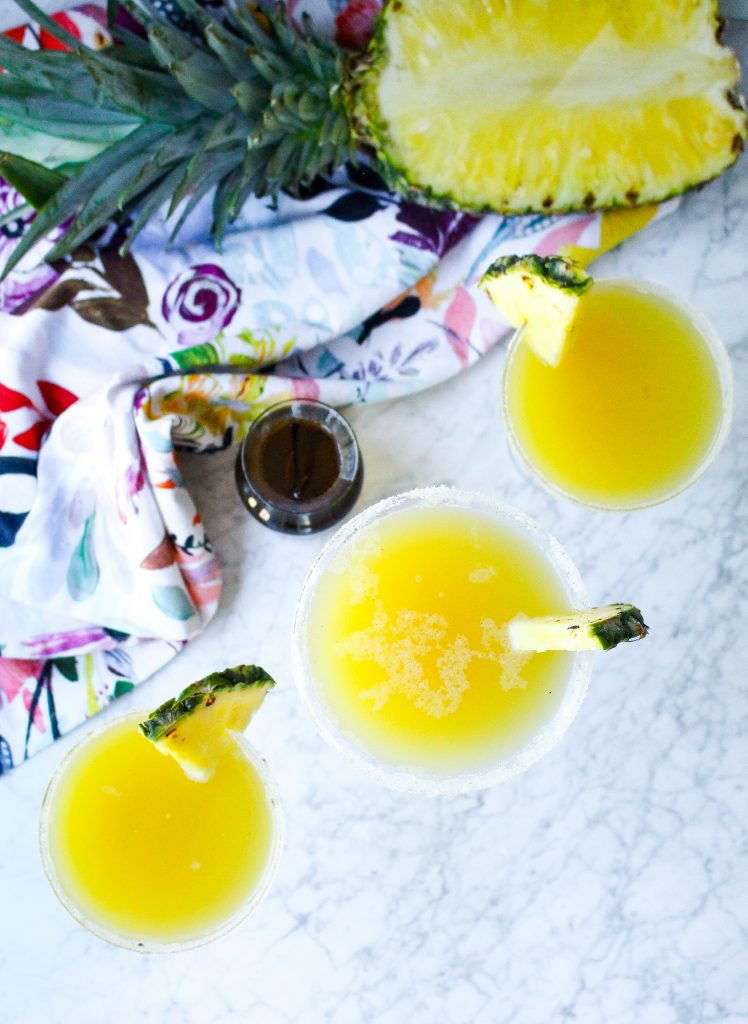 For these martinis, I went all out an used actual vanilla beans in both the syrup and the sugar. This recipe makes extra of both, so I can use them for many purposes to come. The syrup is hanging out in my fridge now, waiting for my next cocktail or coffee recipe!

The vanilla bean syrup gets shaken with some pineapple juice, a squeeze of fresh lemon juice, and vodka. Shaken until it’s ICY cold and poured into glasses rimmed with the vanilla bean sugar. 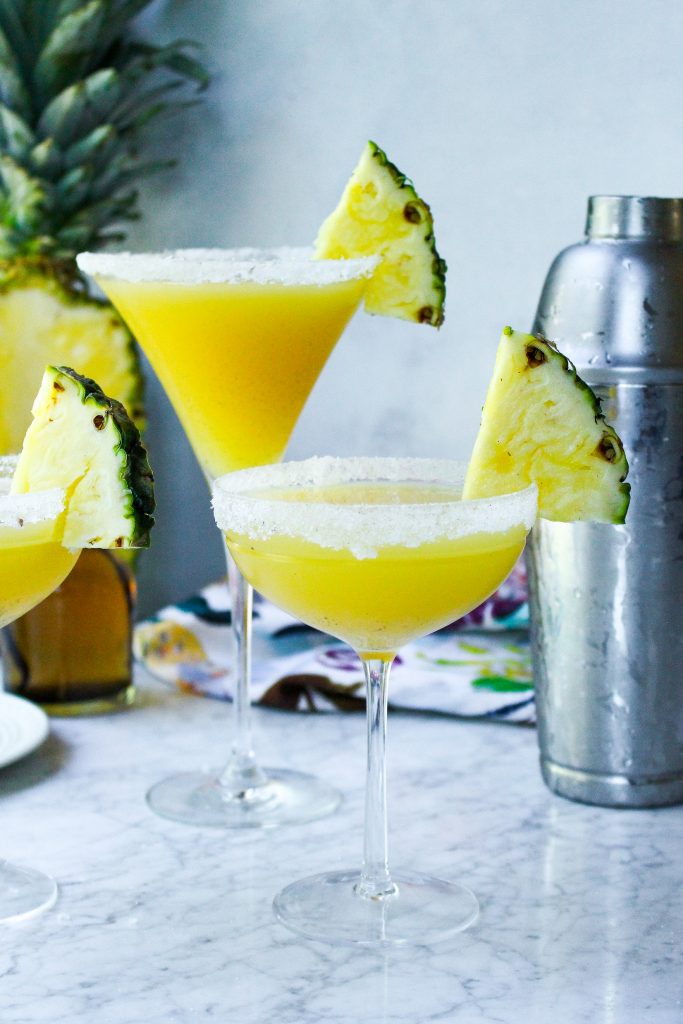