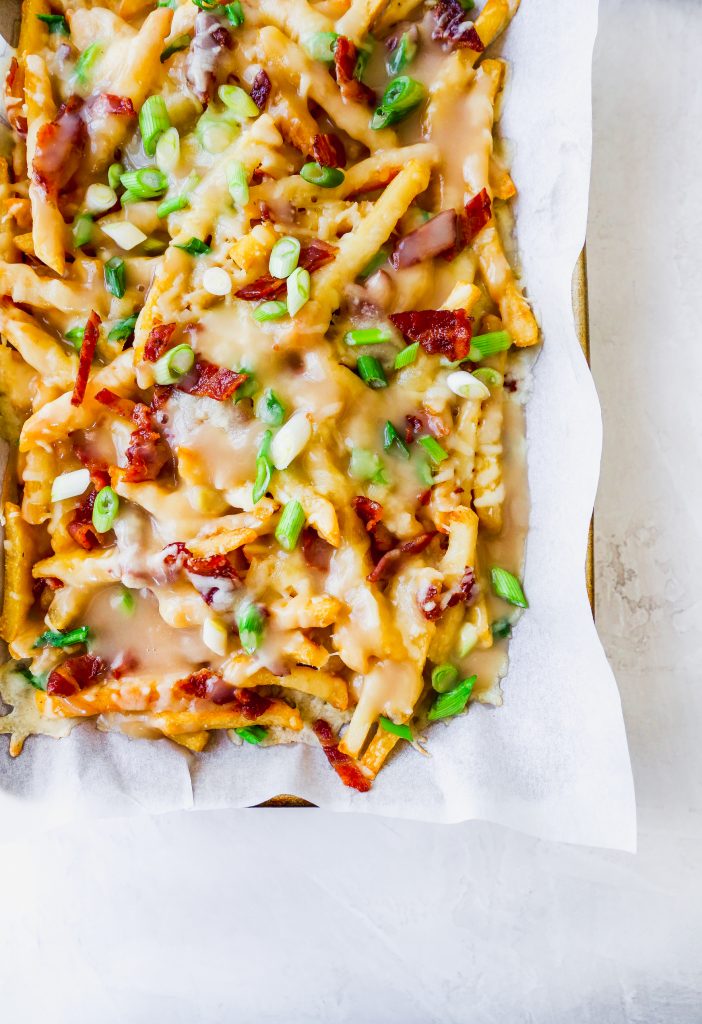 Your future self is thanking me right now.

After all, everyone is Irish on March 17th!

Ladies and Gents, this poutine is something special. First and foremost, it’s flippin’ delicious. I mean, how could it not be??? Secondly, it’s a fun twist on the classic Canadian poutine (which is usually french dries drenched in cheese and gravy and topped with cheese curds). It’s like a French Canadian-Irish hybrid of a dish. And I’m loving it.

I start with store-bought frozen french fries (by the way, you can totally make your own. That was my original intention with this recipe, but it ended up not happening because #toddlermomlife), and cook them up in the oven according to the package directions. 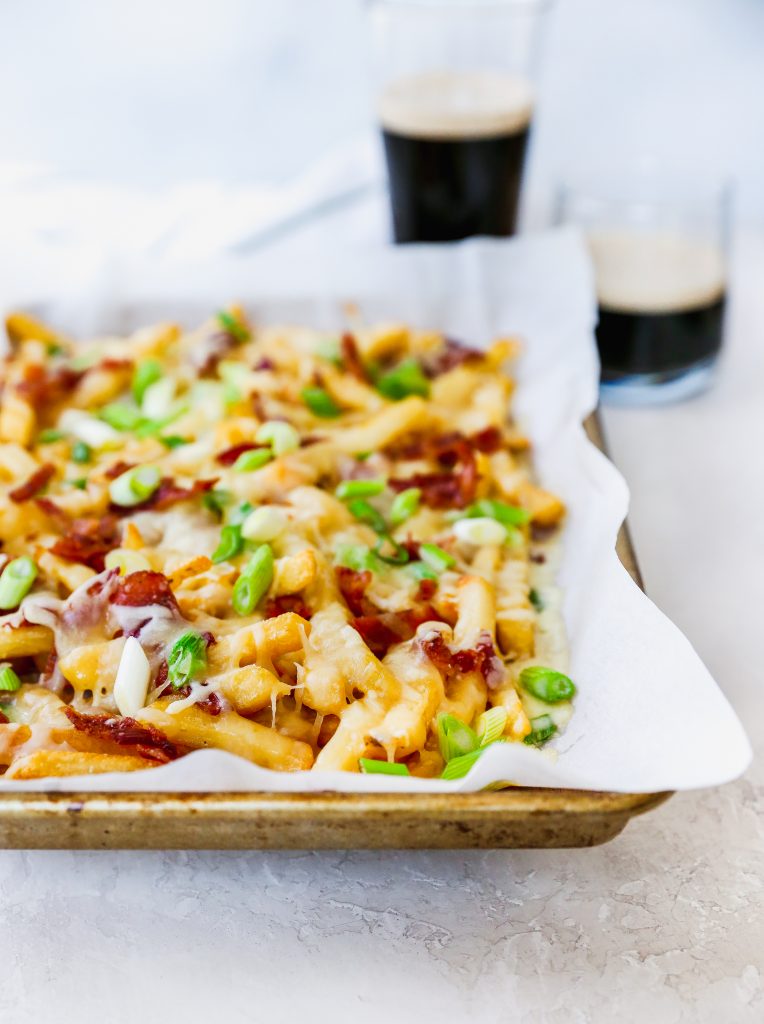 Then! I smother them with all the glorious things.

I mean, there’s really no way in any world that these wouldn’t be delicious. They’re basically my dream food.

I forget if I’ve told you guys this before but french fries are my number one food. Yup, that’s right. They are my ULTIMATE treat, and you better believe that I order the french fries over that pathetic side salad every.darn.time. If I had to pick between brownies and french fries, the fries would win every time! It’s in my blood. My mother is the same way. 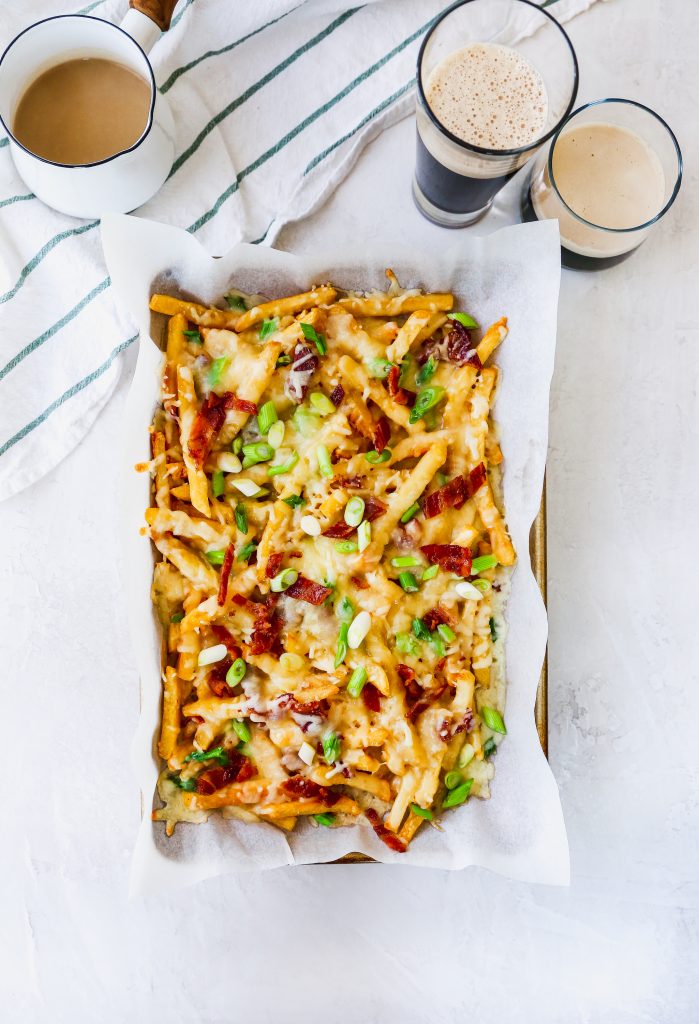 In fact, when we eat french fries together, I insist that she orders her own because she is notorious for “having just a few” of my french fries…which really translates to her eating all of them. Lessons learned over the years!

With this poutine, though, I think it’s safe to say there would be more than enough for the both of us. Maybe.

I love using Irish cheddar here (and in lots of dishes!) because it’s a little bit on the nuttier, sweeter side than American cheddar. It’s still sharp and salty and melts like a dream, but it has little nuances of flavor that keep things interesting. 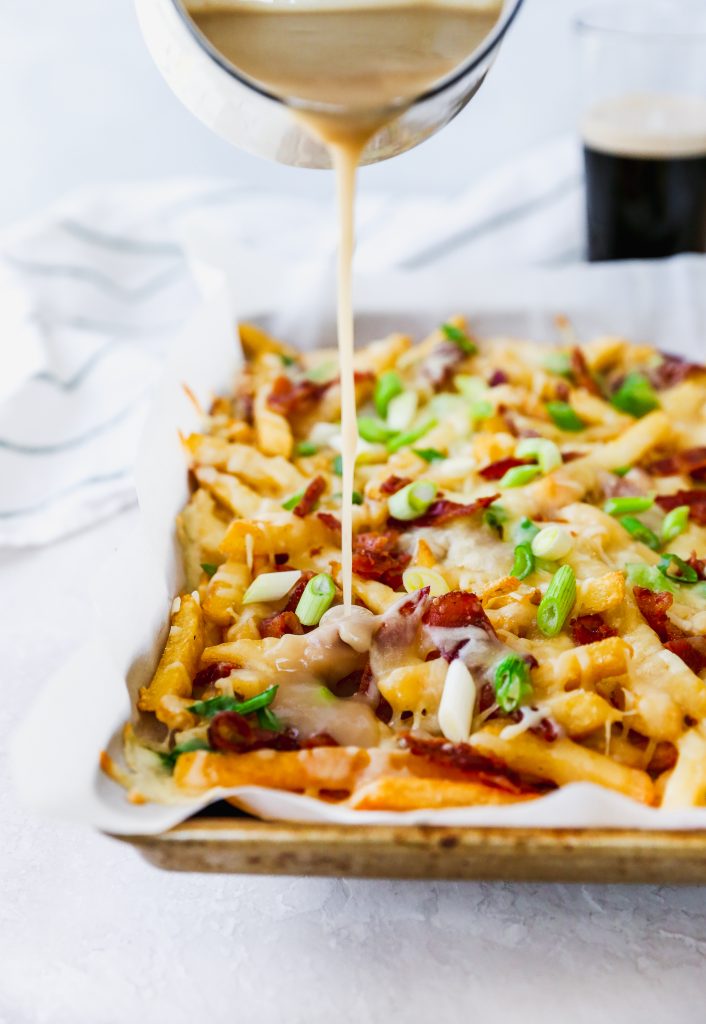 It also goes wonderfully with the sweetness of the caramelized onions and the salty, porky punch of the bacon.

I love this combo so much, in fact, that my brain already came up with four or five more recipes using these ingredients. You’re welcome, Future You. Again.

Once you pile all these delicious ingredients on top of your french fries and bake them until everything is gooey and glorious, you pour over an Irish whiskey gravy. And then you swooooooon. It’s part of the recipe steps. “Pour over gravy and swoon.” You’ll see.

If you haven’t tried gravy on your fries, are you even living? In my humble opinion, the answer is no. Gravy fries are a thing here in Jersey, usually seen on late-night diner menus. And I fully admit that I thought the idea of gravy on my fries was a horrible, disgusting one at first…but after a night of too much fun, they really hit the spot like nothing else can. I was converted back in my early 20s, and I’ve never looked back.

I highly recommend you try poutine at home! You will fall in love!

Now, this gravy is made with whiskey, and if you’re worried about that because you don’t love whiskey, don’t be! Because I don’t love whiskey either! It adds a cool flavor to the gravy, though! And it definitely doesn’t taste too boozy. 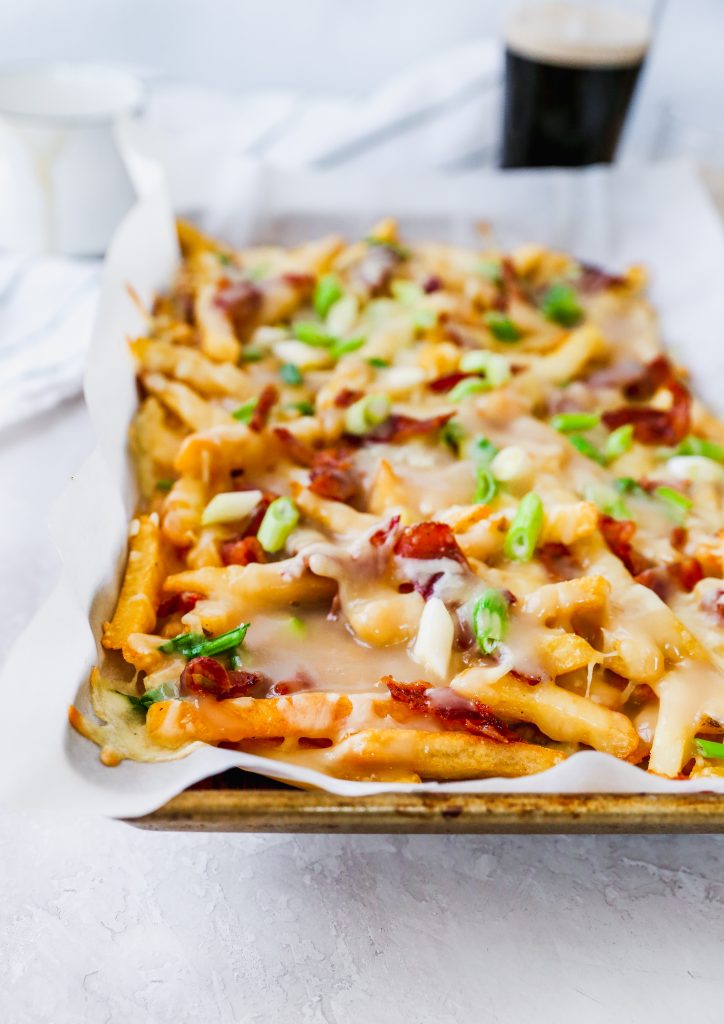 I still don’t recommend that you feed this poutine to children or anyone who can’t/chooses not to have alcohol. Because the flavor is definitely there (and I’m sure some of the alcohol is too). It’s just not an overwhelming flavor. You won’t feel like you just did a shot of Jameson or anything.

(Funny side bar: a few weeks ago, we were out to dinner with friends and reminiscing about our younger days. One of the things I always used to do when out at bars was order myself a shot of Jameson. This Irish girl loved the stuff. There’s also a funny story about my husband first hitting on me that revolves around Jameson, but we’ll save that story for another time. While out to dinner [all parents of young children at home with sitters, mind you], we decided to do a shot of Jameson in honor of the good ol’ days. And GOOD LORD, that stuff is not as smooth as I remember it being. I am such a wimp these days! Our “what the hell were we thinking?!” faces were probably PRICELESS to everyone else in that restaurant!) 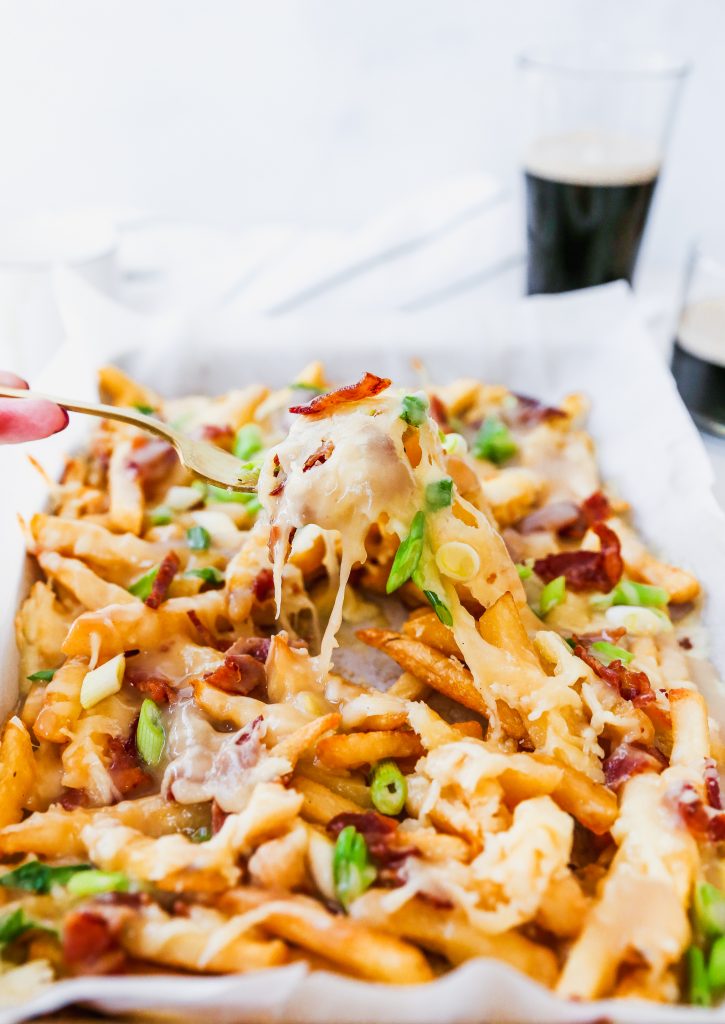 Just trust me when I say that this poutine is beyond incredible. It is shout-from-the-rooftops delicious. Whiskey gravy and all.