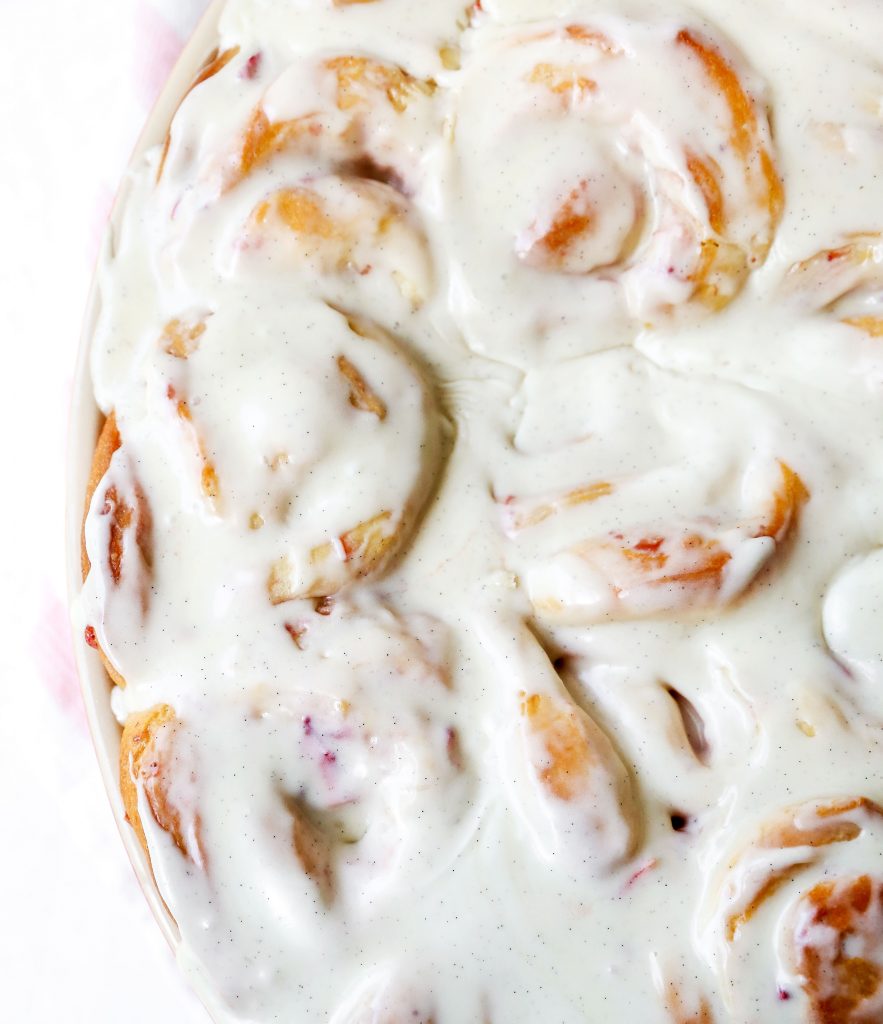 I never met a breakfast pastry I didn’t like.

Seriously. I love them all. And that’s really saying something, considering that I shout from the rooftops on the reg how much I prefer savory breakfasts. Bacon and eggs and avocados and toast all day long, people. 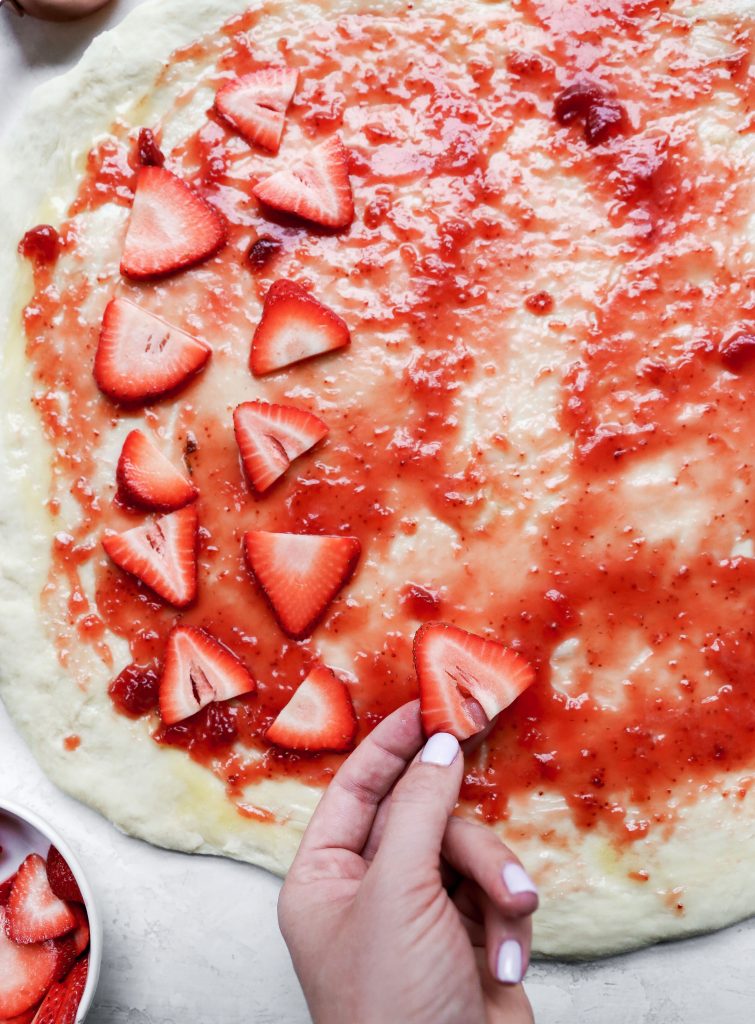 But a sweet roll? Gimme. The classic cinnamon roll is my absolute favorite (even those with a few twists); I can almost never resist them if they are an option. But you can wrap up just about anything in a fluffy yeast dough, add some butter and sugar and some sort of glaze/frosting on top, and I’ll be your best friend forever. They are definitely a weakness of mine.

This strawberries and cream version is no exception! 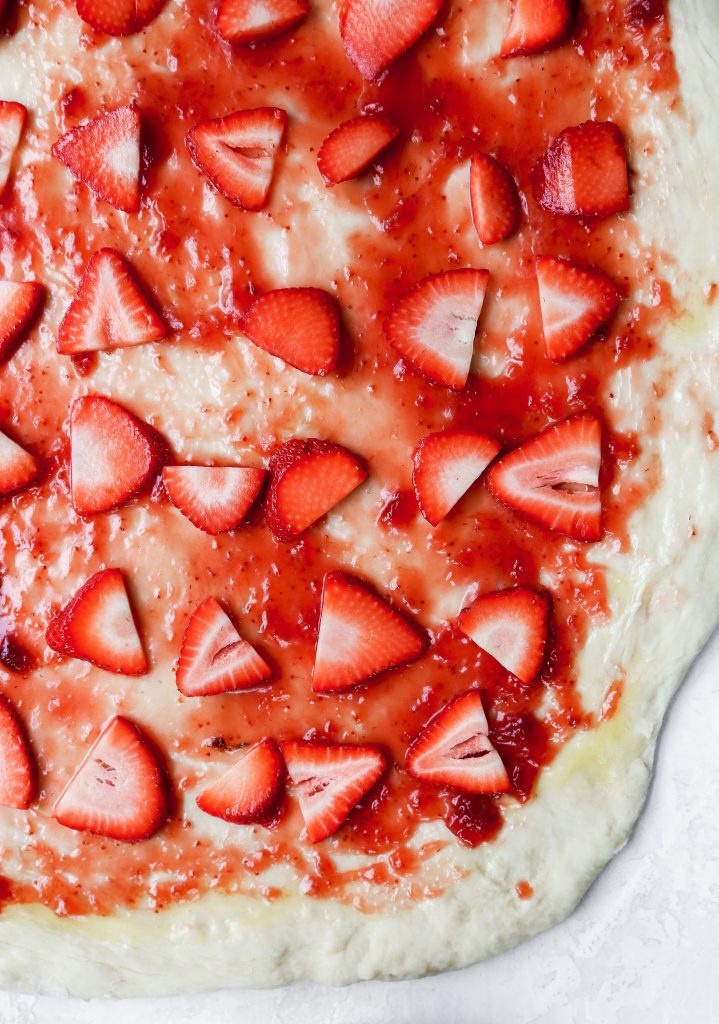 I took my classic cinnamon roll dough and filled it with strawberry jam and fresh strawberries (oh, and butter. Duh) and baked them until they were like fluffy pillow clouds and loaded them up with the most amazingly delicious vanilla bean cream cheese frosting. No, not a glaze. A FROSTING. It melts all over the rolls, pooling in the nooks and crannies and dripping gloriously over the sides of the pan. Ugh. HEAVEN. 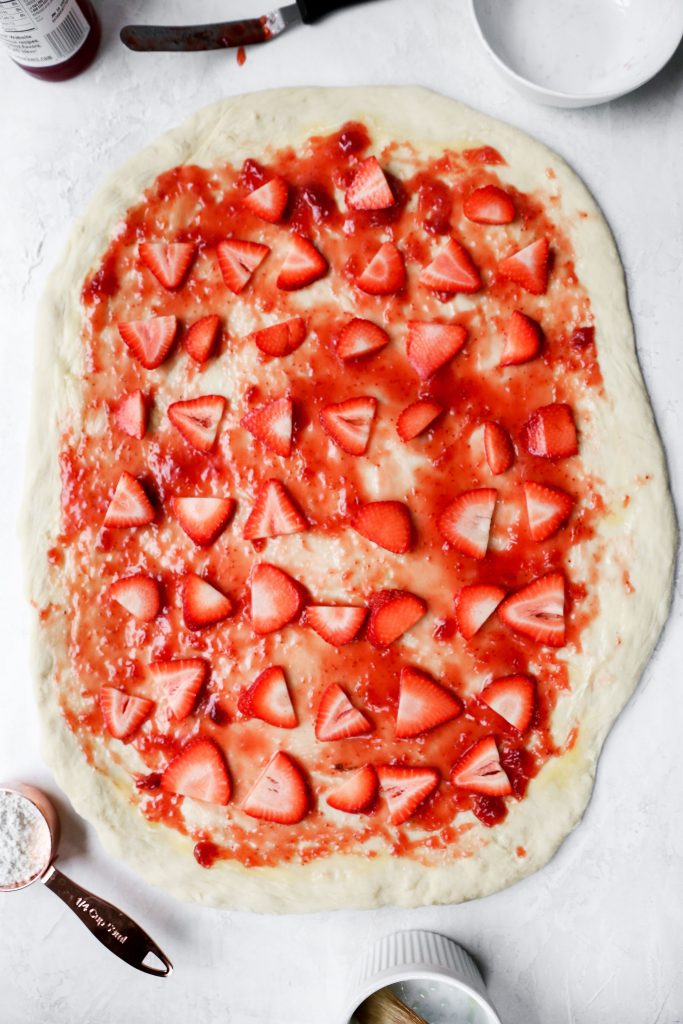 I figured these would be good, but I had no idea how much we would love them.

They taste like your favorite fruit strudel or danish but in a much fluffier form. These rolls baked up to be almost as big as a Cinnabon roll from the mall. They are seriously fluffy! The dough, in all its fluffy glory, is not too sweet, which is nice since both the filling and the frosting are on the sweeter side. 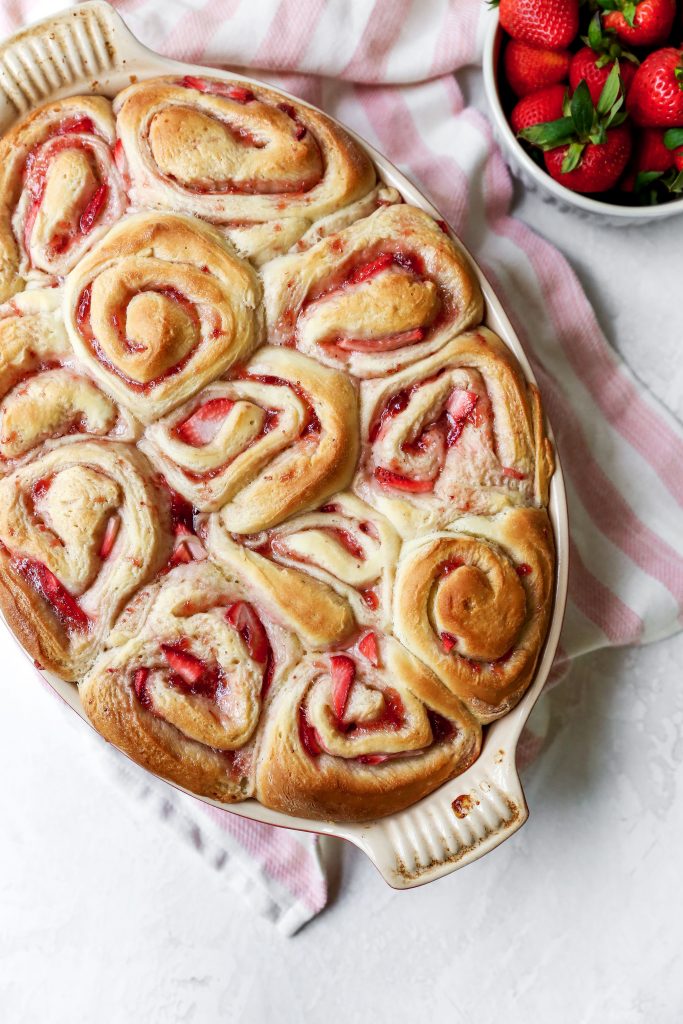 I dug one of these out from underneath the blanket of sweet cream cheese while it was still warm from the oven. As soon as I shot these pictures, I inhaled it. Well, I ate half of it, paused to make myself a cup of coffee, and then proceeded to inhale the other half before my coffee was even cool enough to drink. Yeah. They’re freaking GOOD. 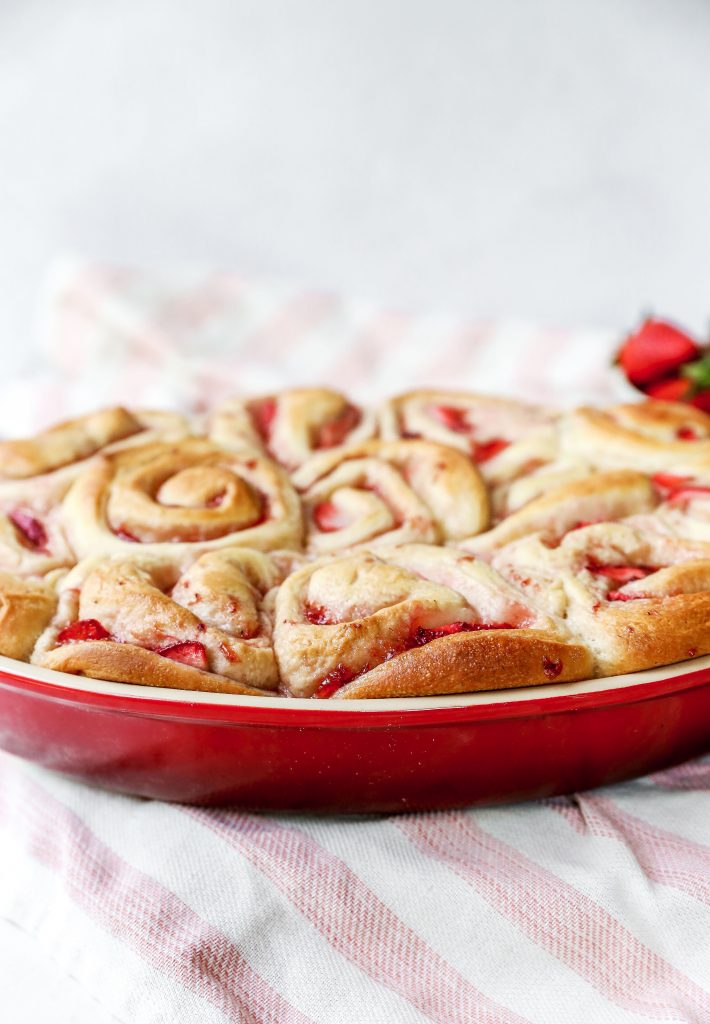 These are the perfect thing to make for a family event or a party. Like Mother’s Day this weekend. You definitely don’t want a pan of these sitting around in your kitchen when you’re there all by your lonesome. It’s not a good idea. Trust me. 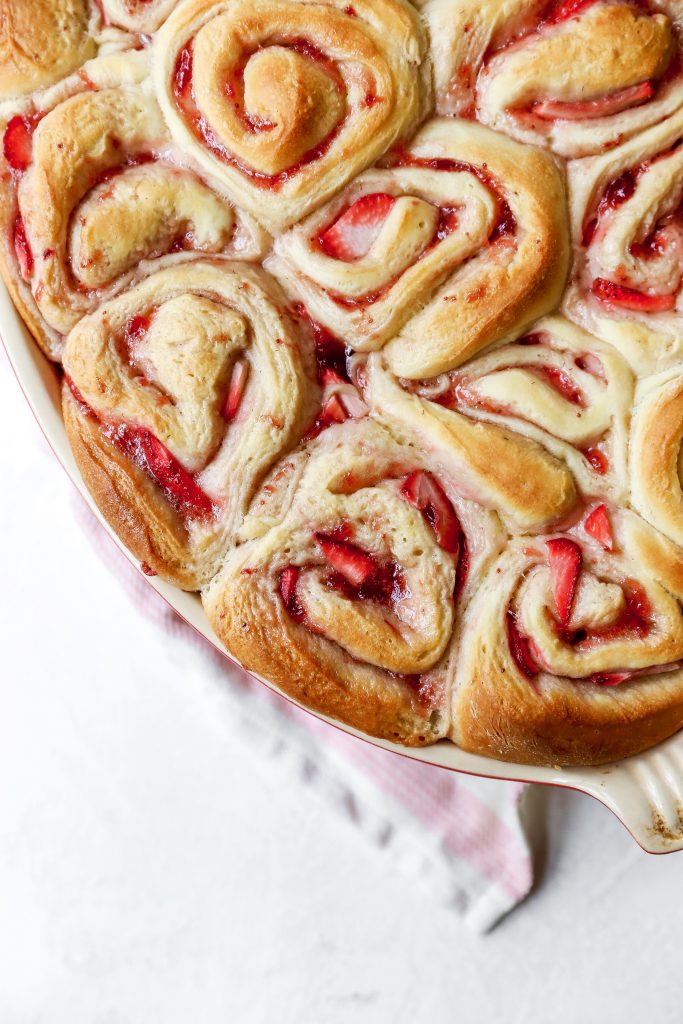 If you want to bake these up for your mom this weekend for a breakfast or brunch, I recommend prepping the dough, filling and forming the rolls, and assembling them in the pan the night before. An overnight rise in the fridge is ideal for serving guests. Because filled yeast rolls like these just take some time. It’s a fact. I’ve tried to speed recipes up, falling for the “one-hour cinnamon rolls” trick, and while those recipes are great in a pinch, I think things taste better and have better texture when they have the longer, true double rise. 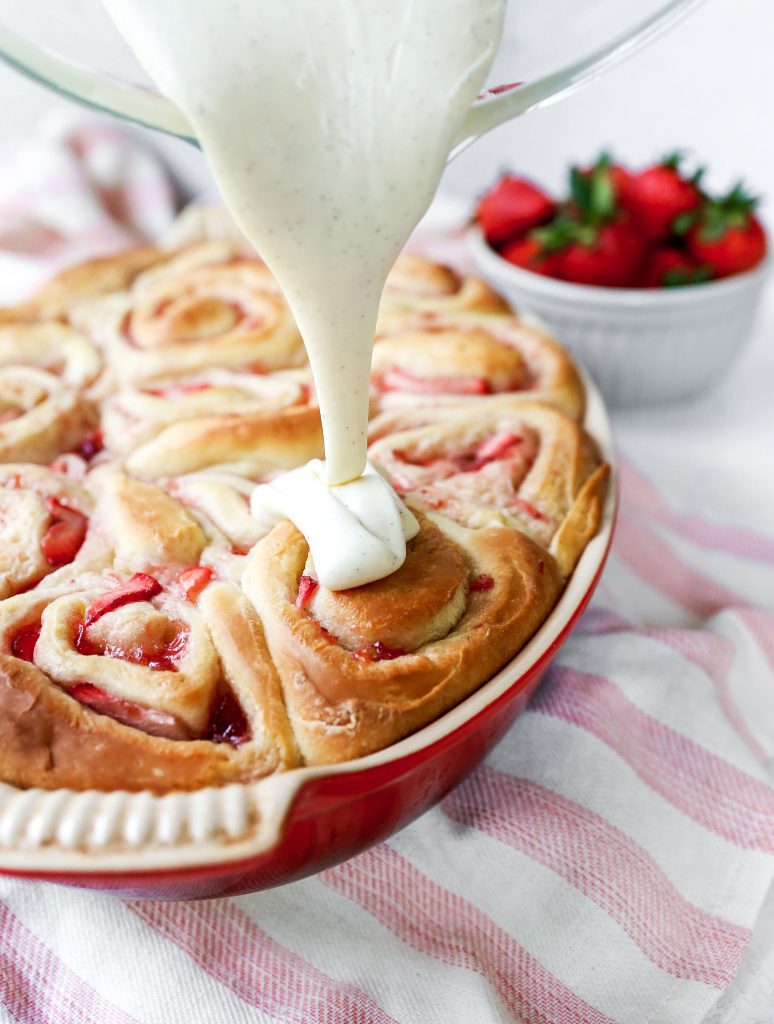 Because we want that ultimate fluffiness!

We want our sweet rolls to be like freaking clouds, darn it! 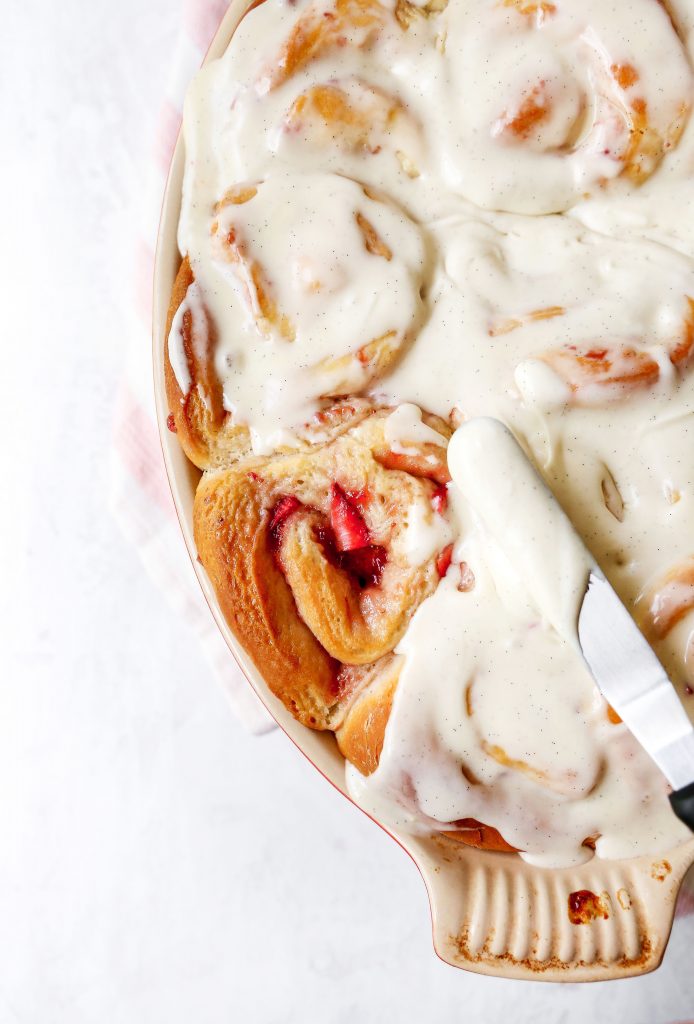 Just like I always say about recipes like this, don’t be intimidated. Sweet rolls, in general, are not hard from a technique perspective. They’re easy! You just have to be patient, which is not one of my strong suits. You need patience to allow the dough to rise two times, once before forming the rolls and once after they’re formed and in the pan. And enough planning and forethought to accommodate that part! 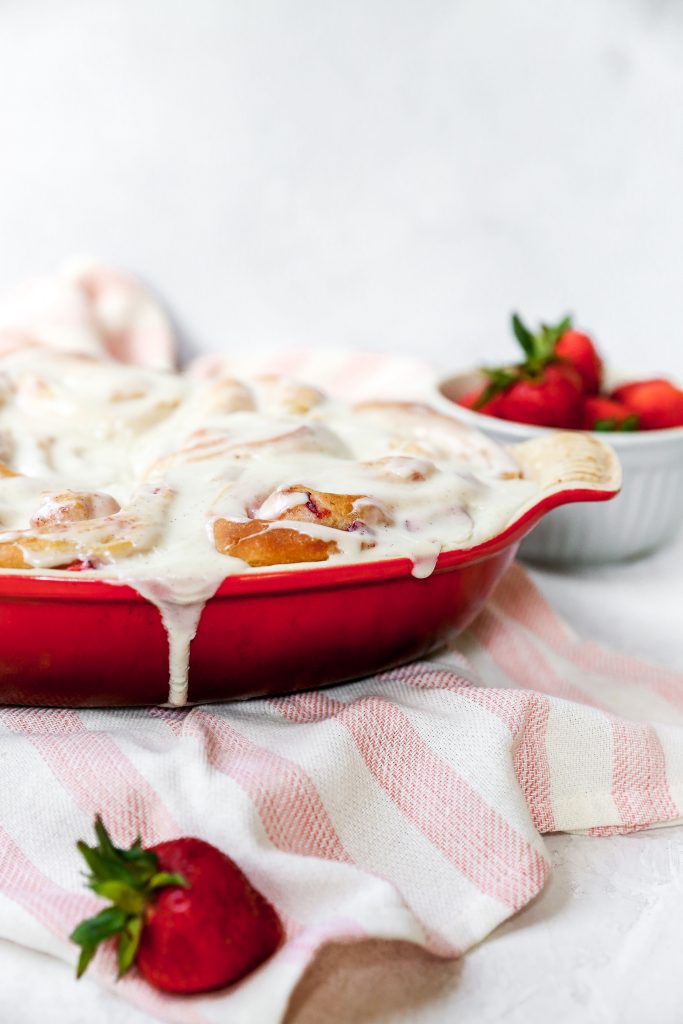 But the actual act of making the dough and forming the rolls is NOT HARD. I promise! Just allow yourself enough time and read through the entire recipe before starting to familiarize yourself with what’s coming.

The results are 1000% worth it. I’m sure Mom will agree this weekend. 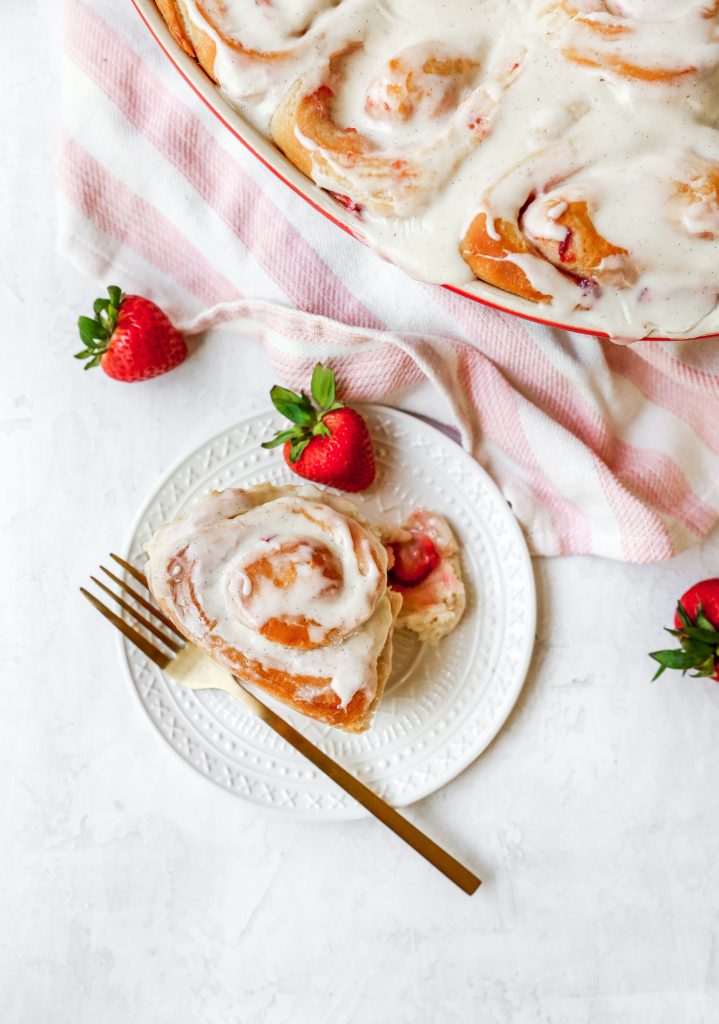 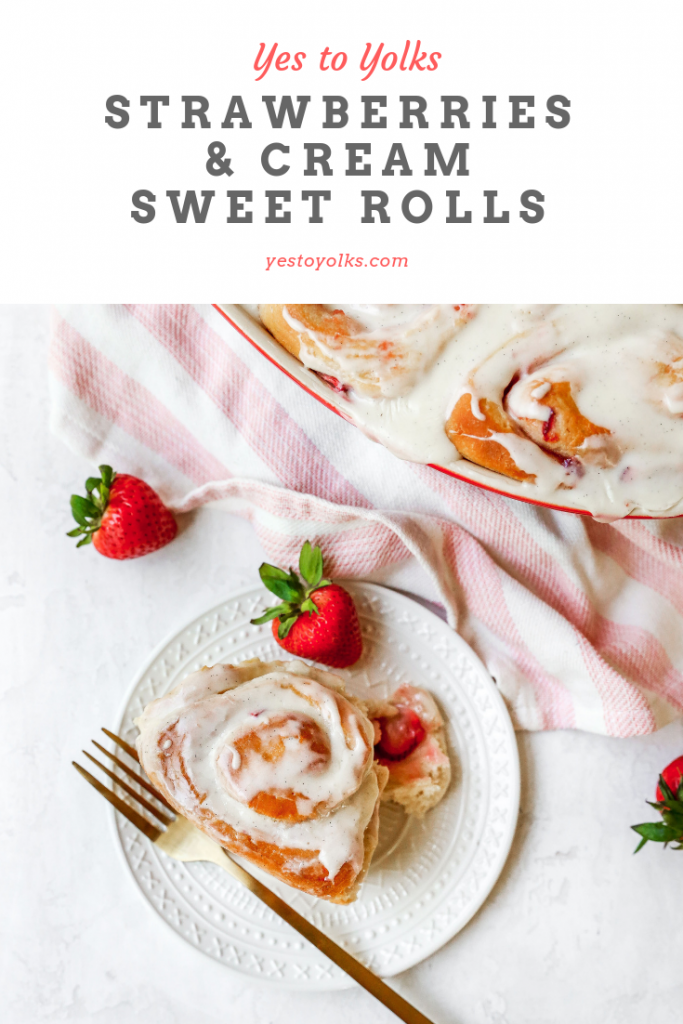